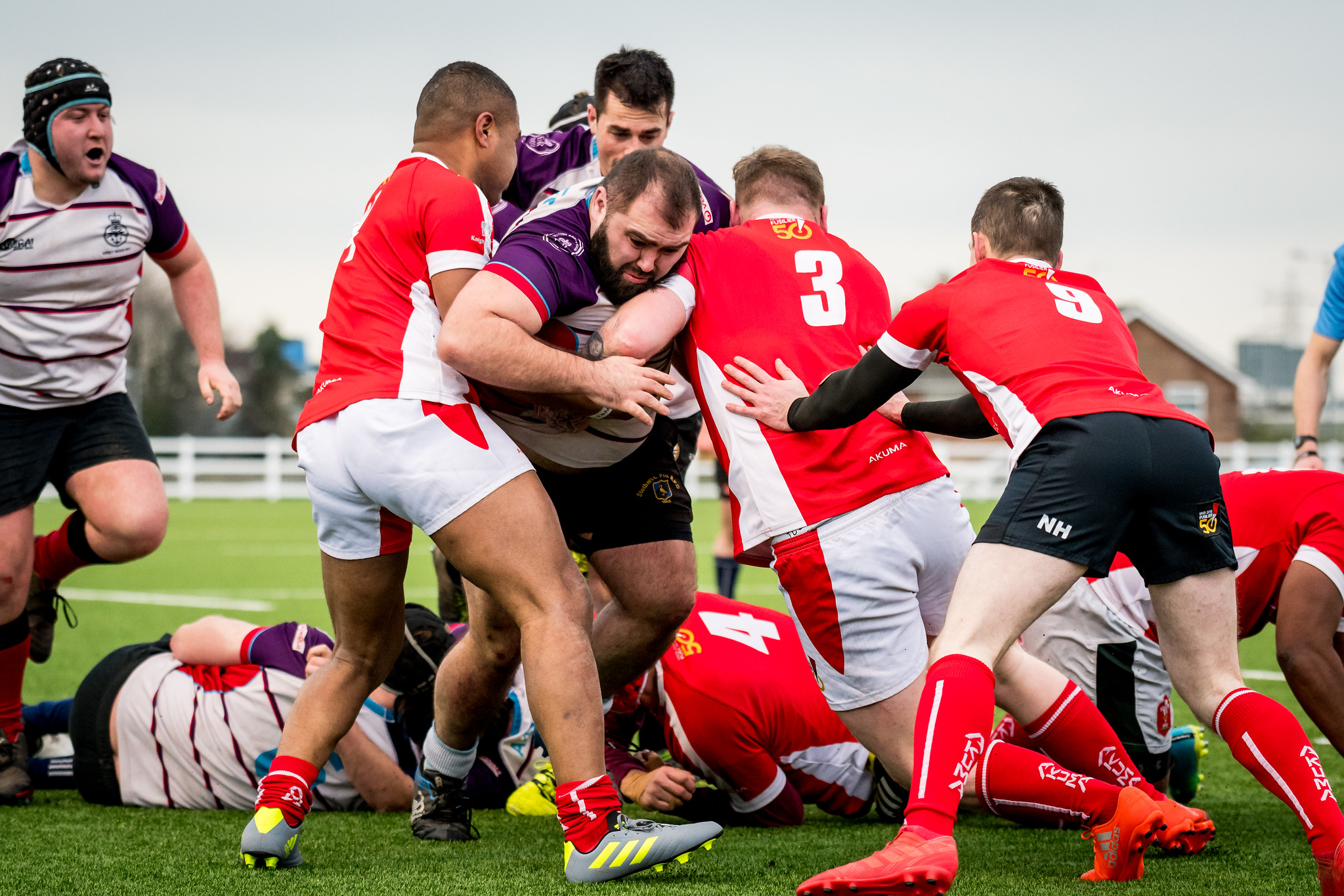 The two sides had played each other previously since the New Year, a fixture which ended in a narrow victory for the Infanteers.  With this knowledge in the bank, and the chance to attend the ARU Championship Finals day on offer it was expected to be a very close and competitive game.

The fixture almost did not go ahead due to the recent heavy rain and the tight pre-deployment schedule of 1RRF, but hard work by both units triumphed in the fixture being set for a 1600 KO on a Thursday evening on the artificial pitch of the West Country club. Thankfully the bad weather took a break on the day and the conditions were comparatively dry and cold which boded well for the quality of the handling.

Despite having travelled again for the fixture, 1RRF were much the quicker team out of the blocks at the start of the game, scoring two tries in quick succession to build up a healthy lead.   Many of the visitors scores on the night came from a high work rate in their forward pack, committing efficiently to the ruck and offloading boldly in the tackle.  Abbey Wood drove back inside the 1RRF 22 to first miss a penalty kick, and then put one between the posts to get them on the score sheet.  Not long after this Abbey Wood (ABW) scored after a consistent period of pressure when scrum half LCpl Stu Lewis dummied a pass from the base of the ruck and ran in almost under the posts to bring some balance to the score sheet. 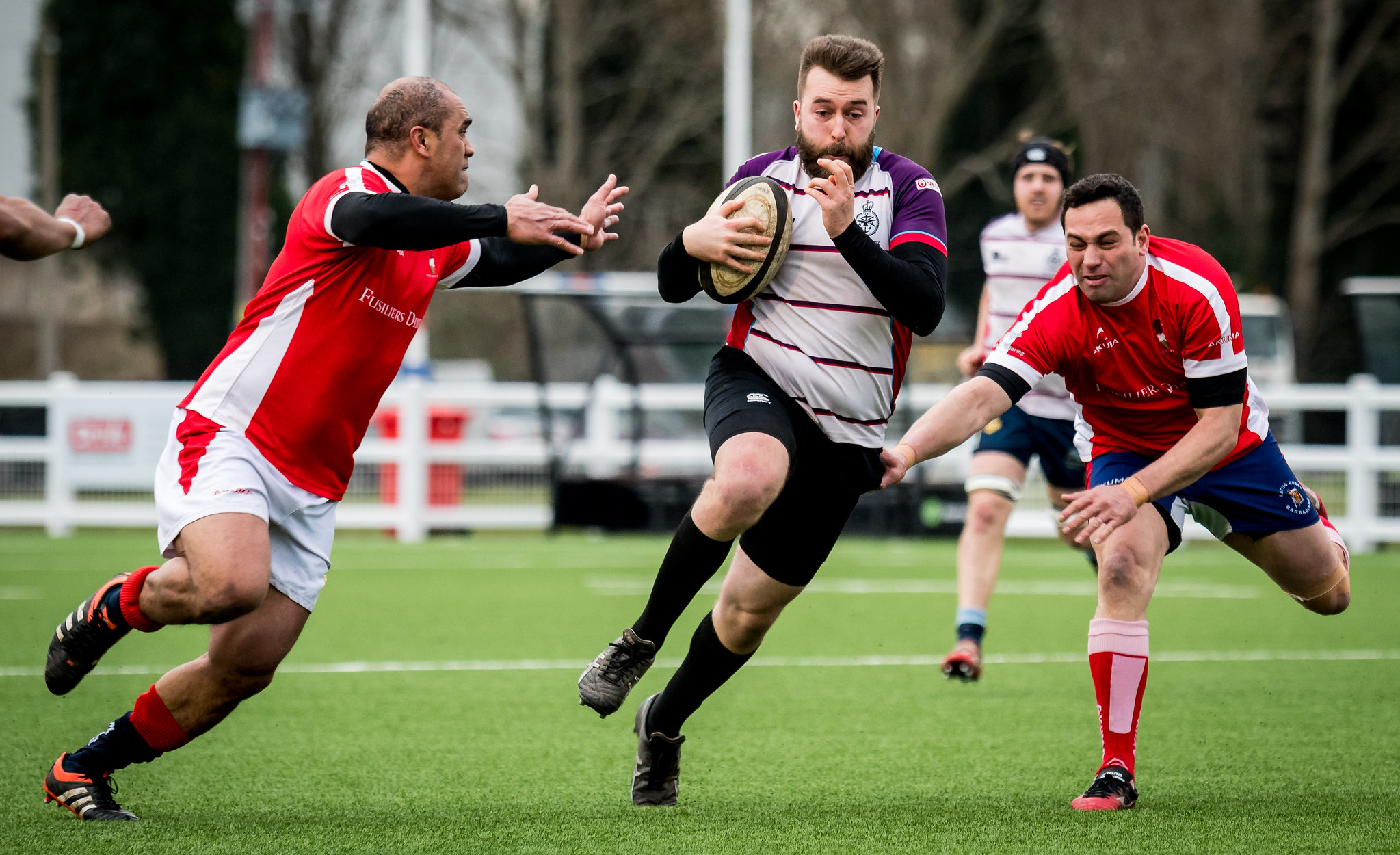 Strong defence was required to cope with the ABW pace out wide. 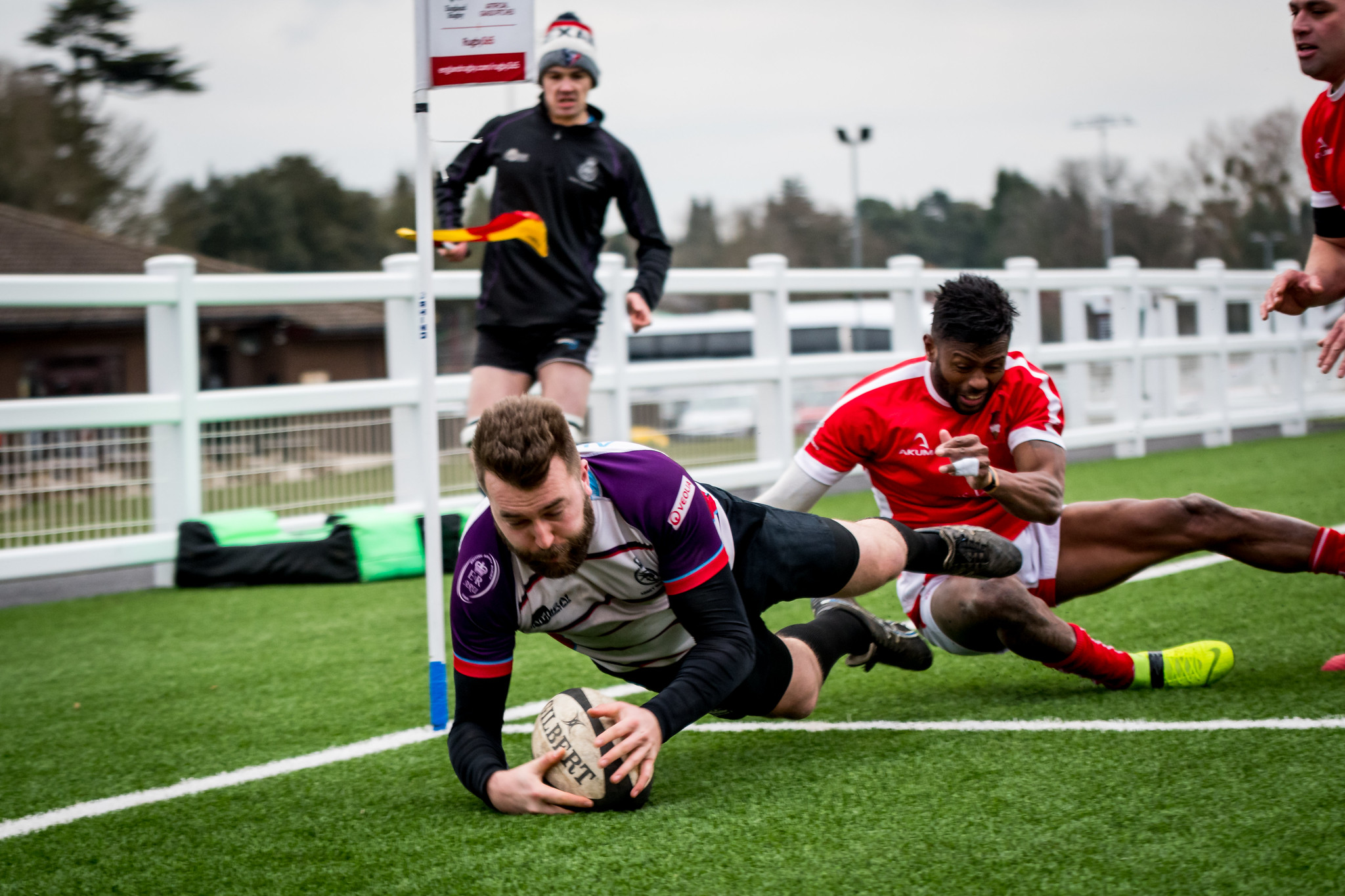 Abbey Wood outside centre Adam Buck scores in the corner to close the second half.

Both teams continued to make good use of the conditions, with play moving across the pitch, resulting in another try for both teams before the half time and a score of 15-19 to the visitors, setting up a mouth-watering second half.

Both teams had clearly got into their strides by this point, with defences becoming stronger and more territory being played. Once again, the play moved up and down the length of the pitch, with some attractive running rugby being played by both sides.  This resulted in a further excellent try for both teams, with offloading and hard running the name of the game. A last-minute break down the wing for ABW could not save them however, with the cover tackle putting outside centre Adam Buck into touch to end the game. Outscoring the opposition 4 tries to 3 the visitors took a second close victory for the season in Bristol at 22-26. The score once again reflected the nature of a match which had turned on close margins; with ABW’s now trademark direct style and strong set piece edged out by some excellent work at the breakdown and execution in the loose by 1RRF.

Credit must go to the organisers who fought to get the fixture played against the odds, and best wishes follow 1RRF as they progress to the ARU Championship Bowl Final on 18 March in Aldershot. 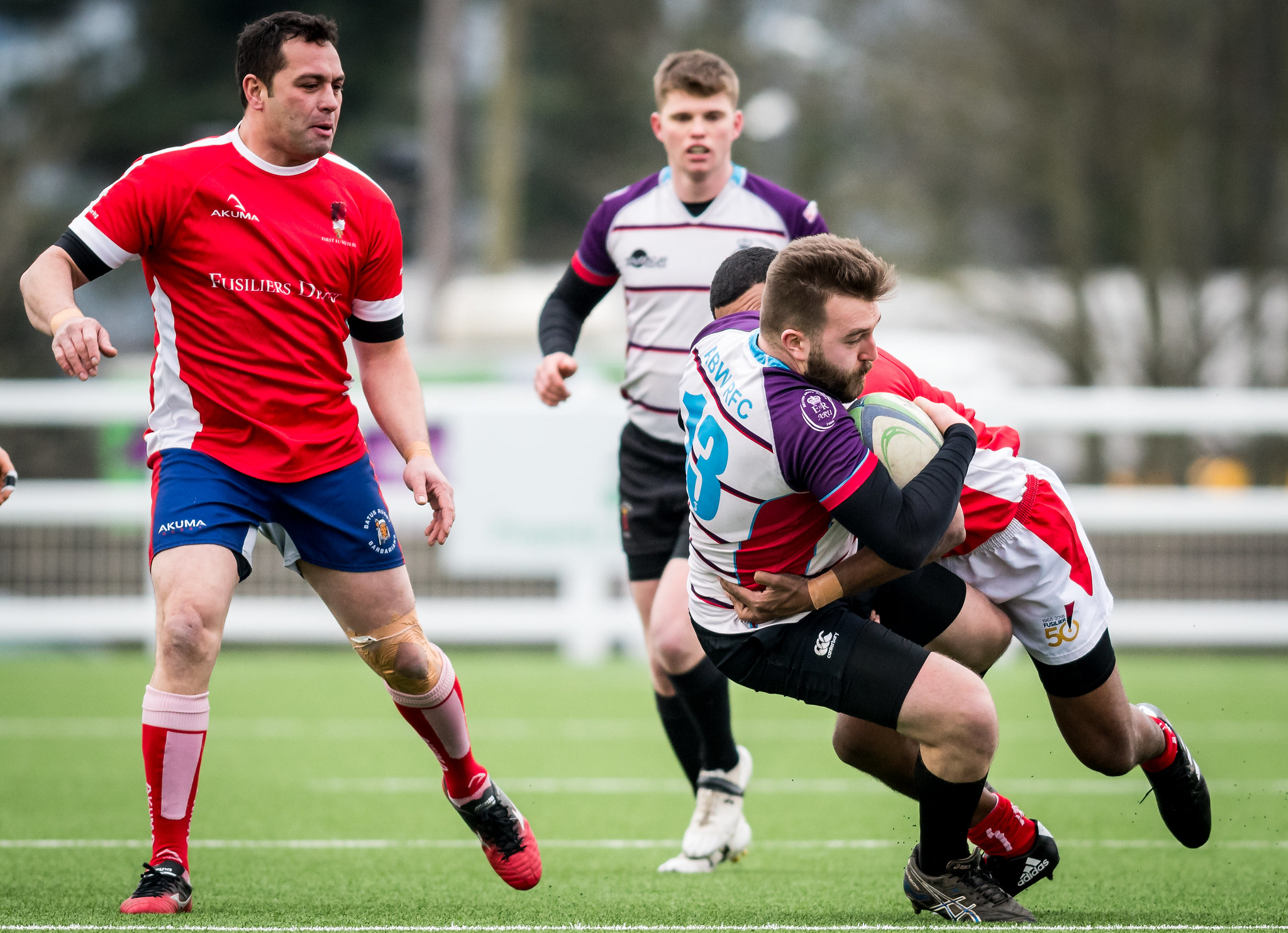 Determined defence from 1RRF kept the home team away from the try line on several occasions.

A solid 1RRF scrum provided good ball for the visitors.