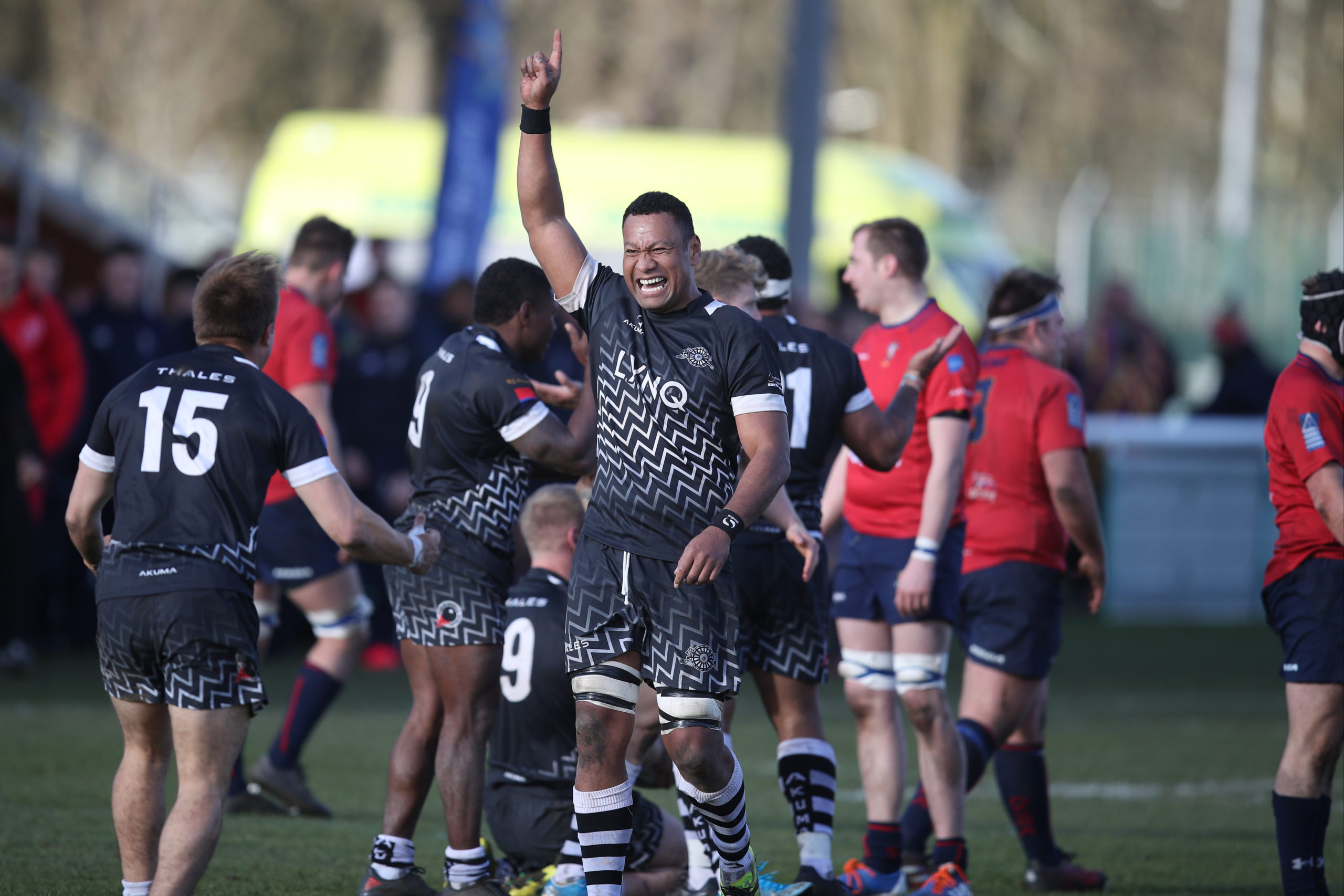 The Army Rugby stadium hosted four matches this week as the Corps Competition reached it’s conclusion for the 19/20 Season.  On a dry and bright day an appreciative crowd was treated to some excellent running rugby and exciting matches that went down to the very last play to decide who would be crowned Champions.

The League 2 Final saw a repeat of last year were the Army Medical Services had beaten the Royal Armoured Corps.  The AMS had previously beaten the RAC in their league match earlier in the season so it was all to play for to decide the winner.

An impressive first half performance for the AMS saw them go in at half time 27-5 ahead, some may have thought it was all over already however the Armoured Corps had other ideas.  It was 24-30 with minutes to go when  Cpl Matacagi, Man of the Match, crossed the AMS line to the delight of the team, the conversion in front of the posts sealed them the victory 31-30.  Many congratulations to both teams on a fantastic display of rugby and sportsmanship. 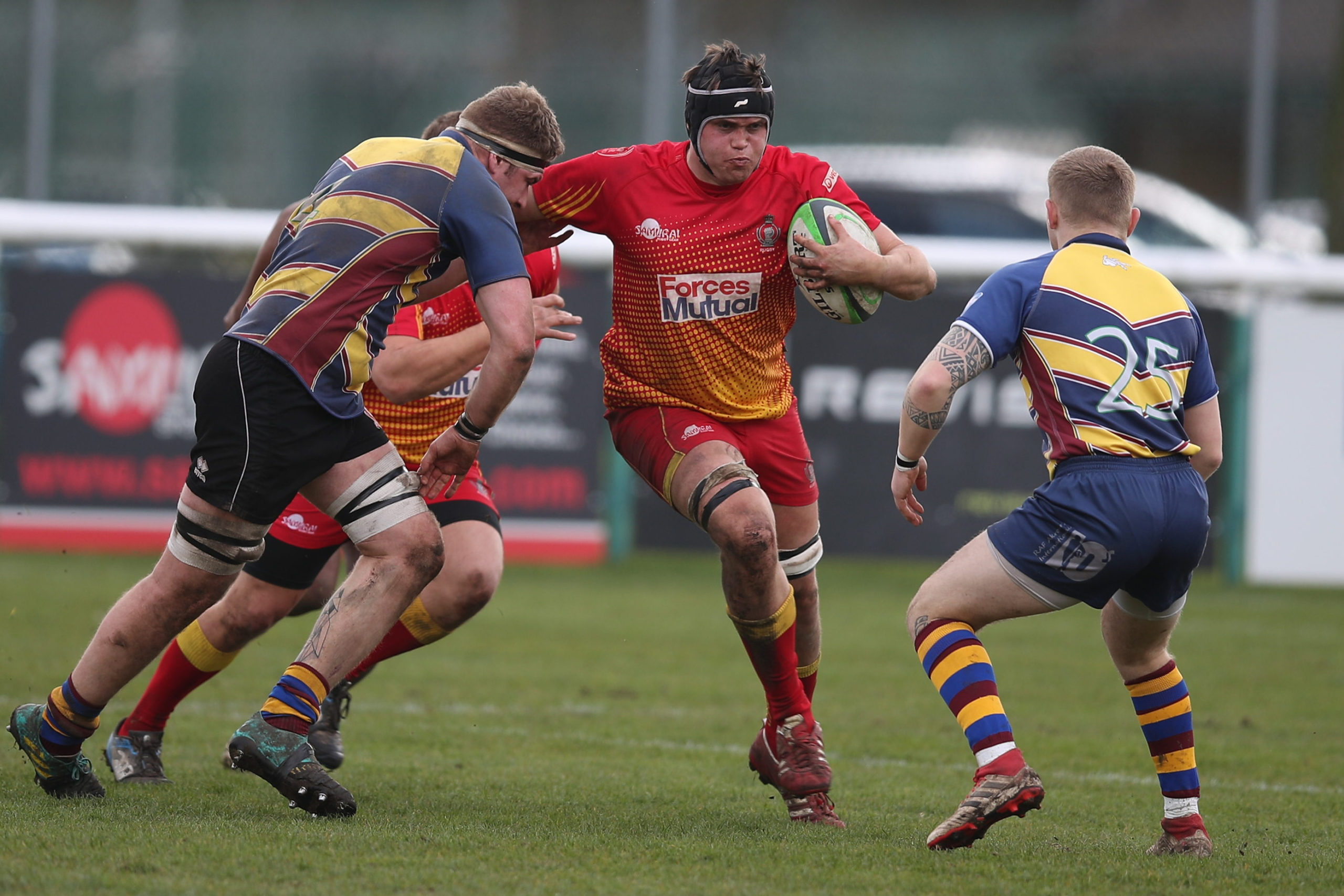 RAC on the attack v AMS 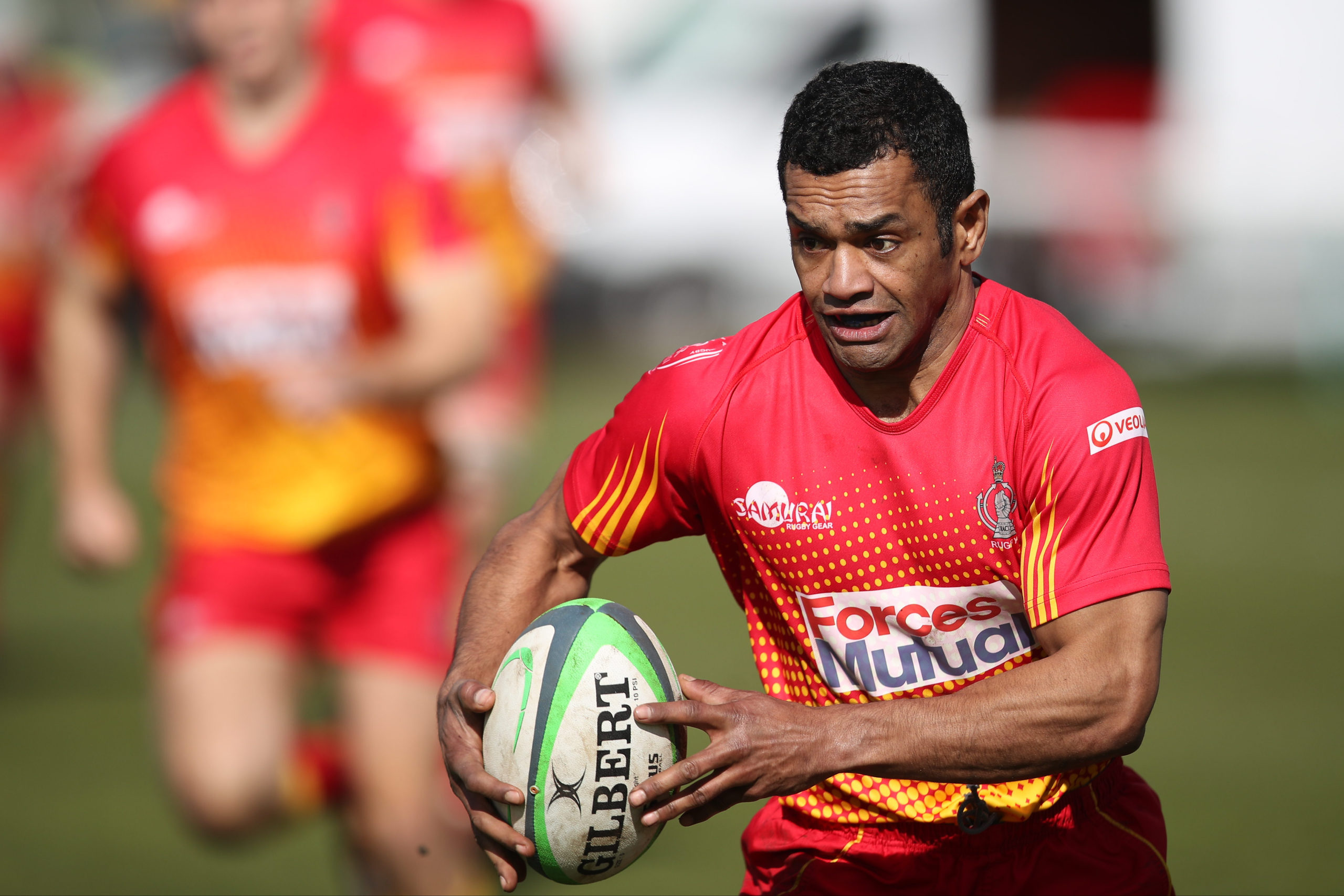 Man of the Match – Cpl Matacagi 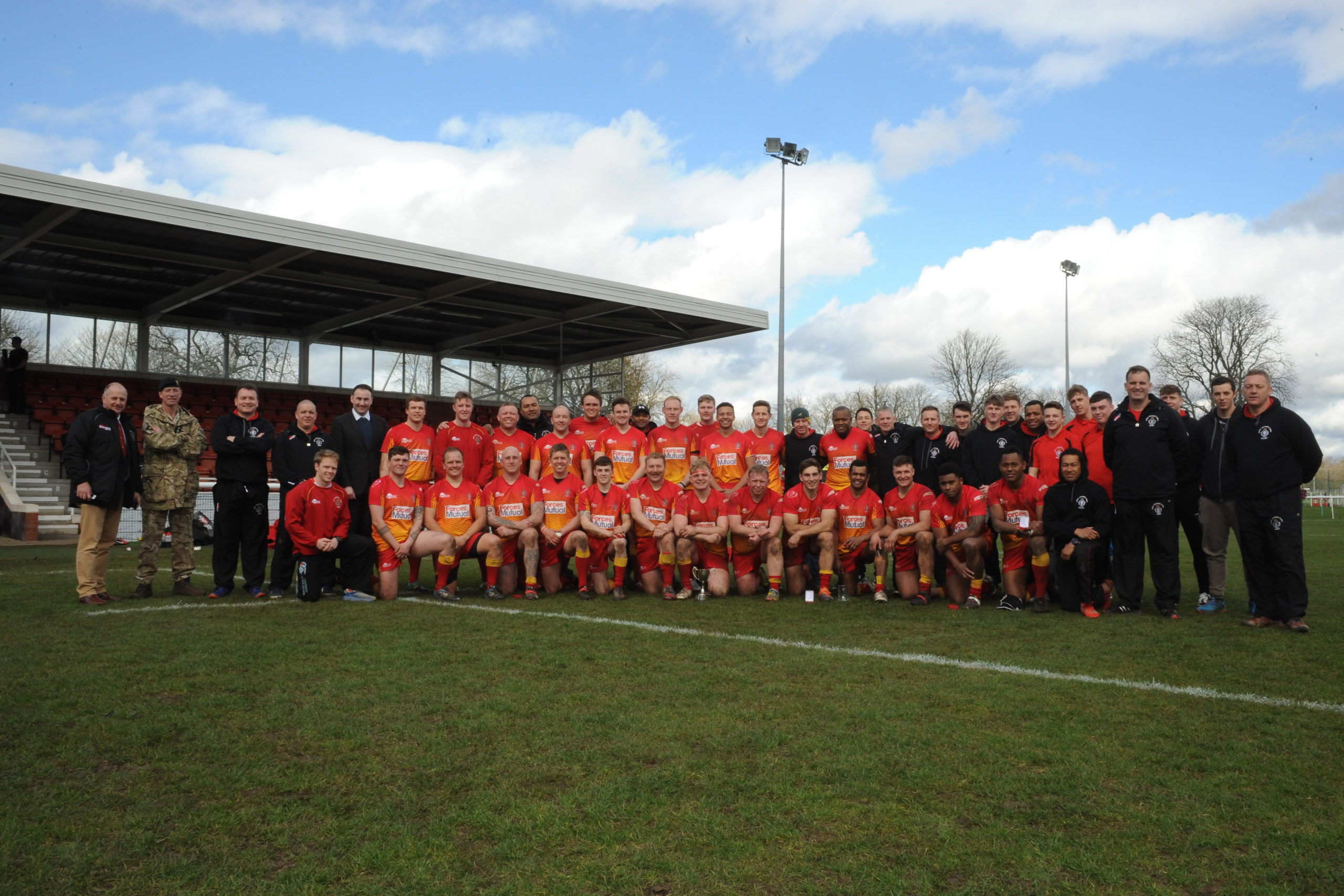 The Merit League 1 Final saw the Royal Artillery making their sixth consecutive appearance, an impressive achievement and testament to the strength of rugby being played across Gunner Units.  The Royal Electrical and Mechanical Engineers looked focus and a physical performance saw them lead 12-3 at half time.

The Aldershot crowd were again treated to a second half thriller of powerful forward play and exciting back line attack as the Gunner crossed the white wash twice to bring the score to 13-15 to the REME.  With 5 minutes on the clock the Gunners were awarded a penalty in the REME half within kicking range.  Taking nerves into account the points were not guaranteed however held his never Capt Harry Whittington to slot the ball through the sticks, 16-15 minutes to go.  The REME pressed the Gunner line hard but as the clock ran down it was no to be their day.  Many congratulations to the Royal Artillery on back to back Corps Championship titles. 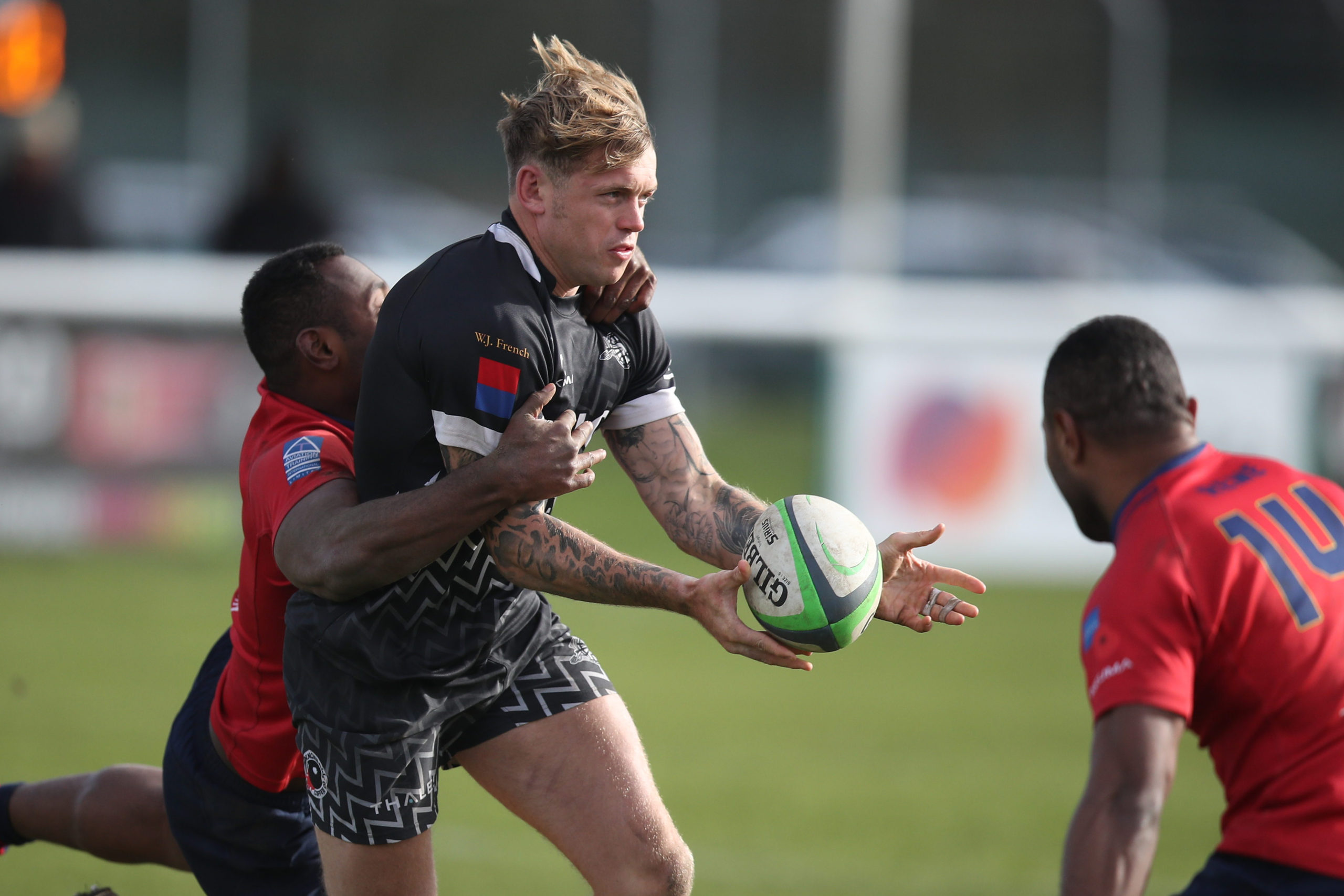 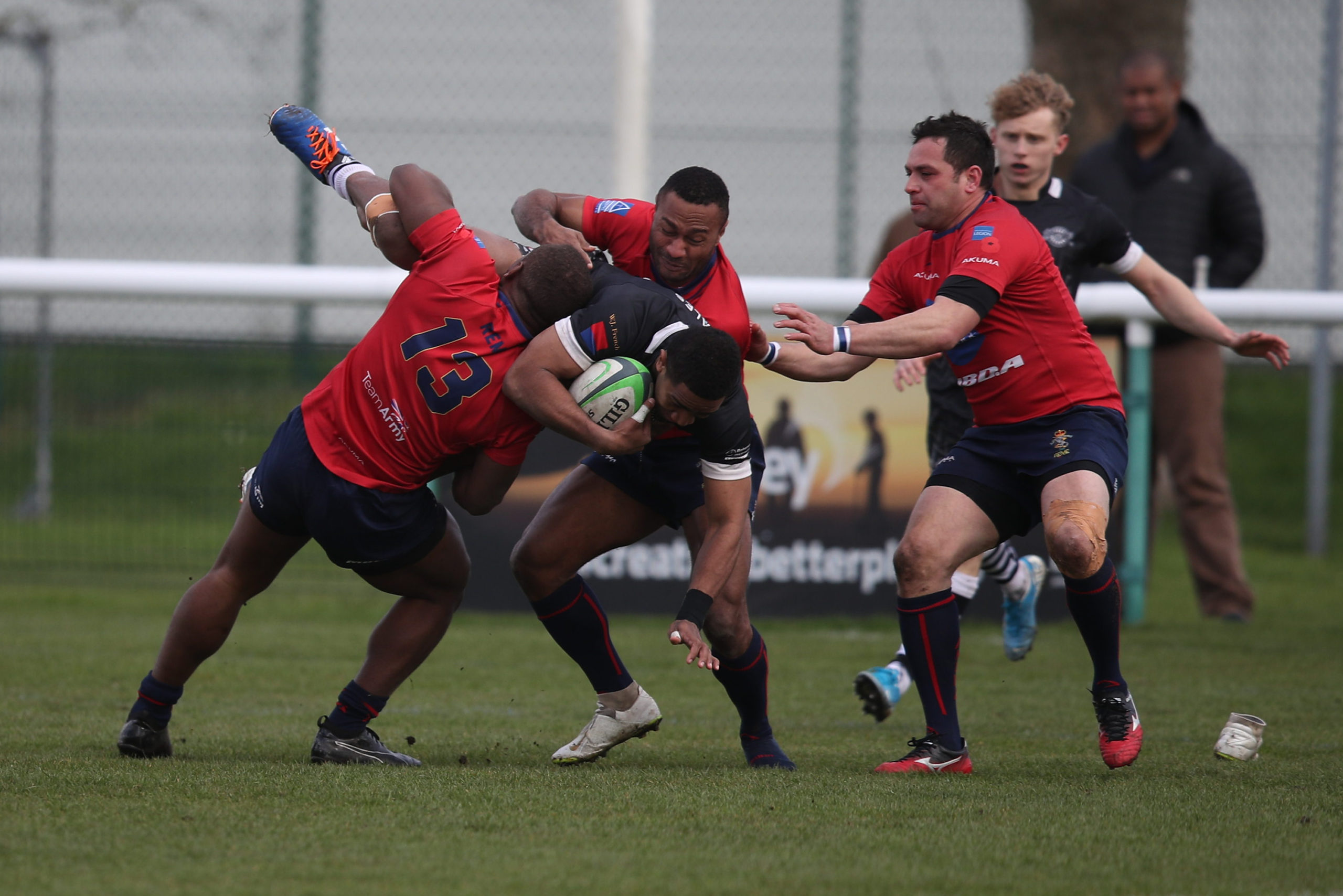 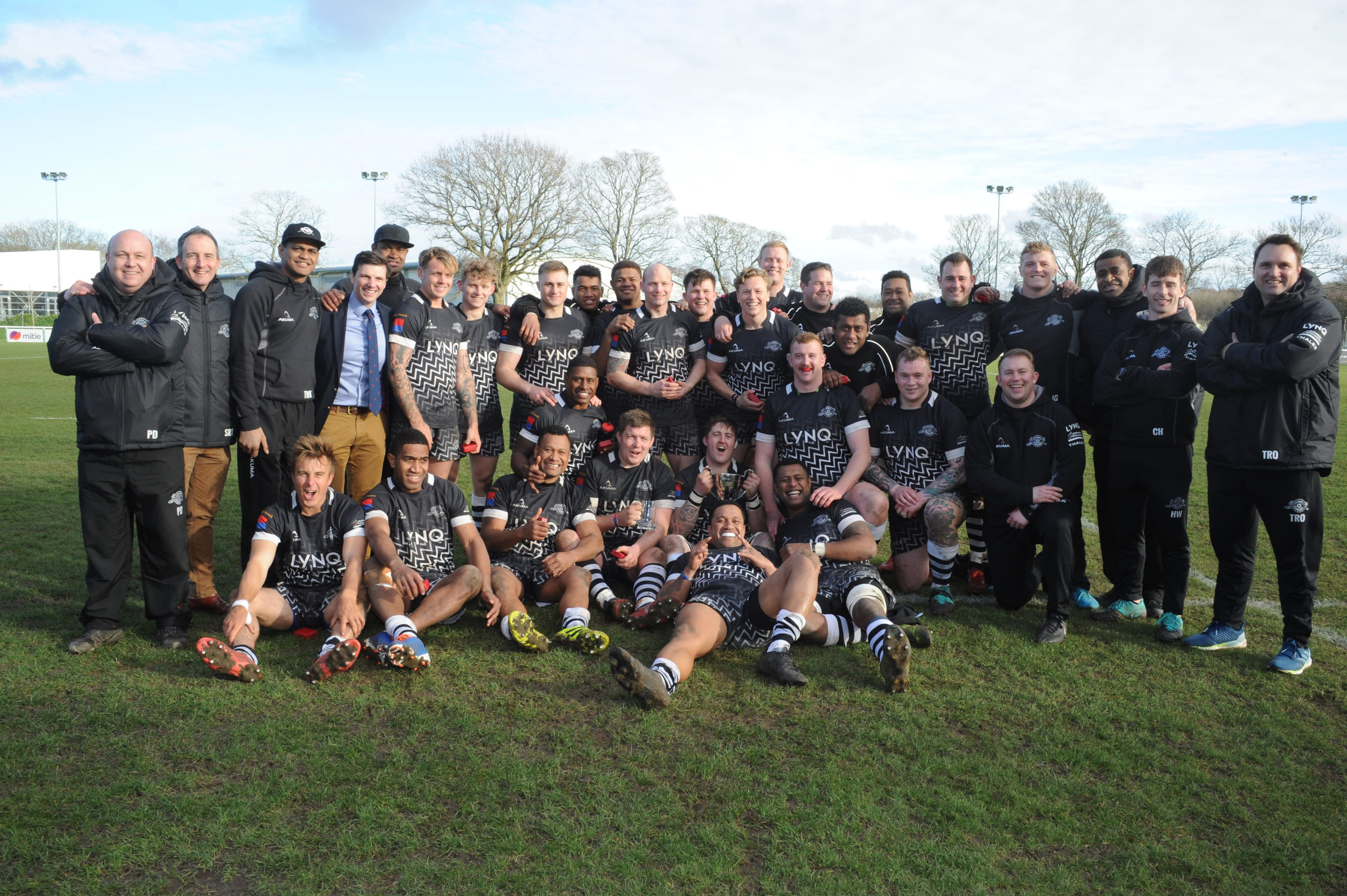 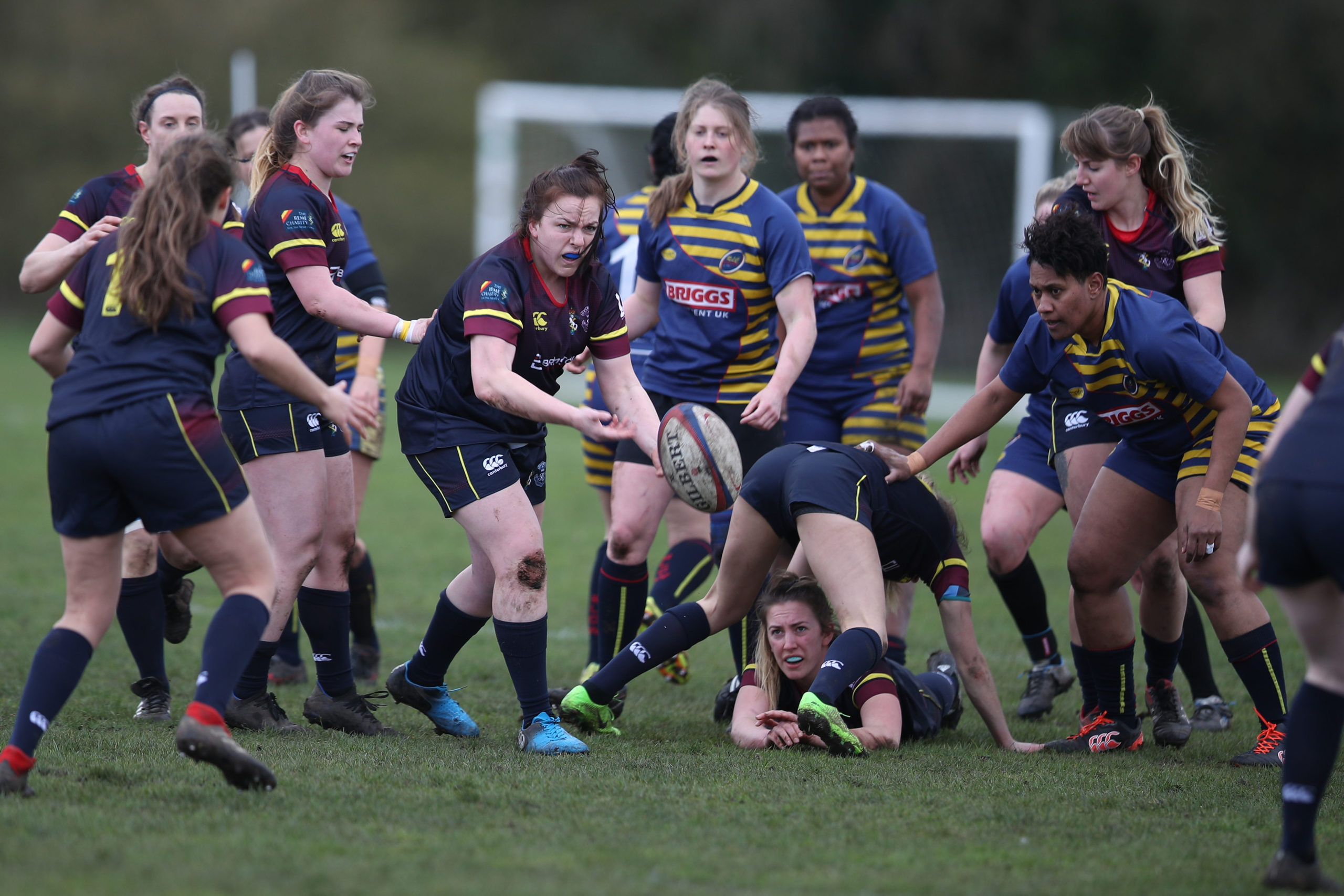 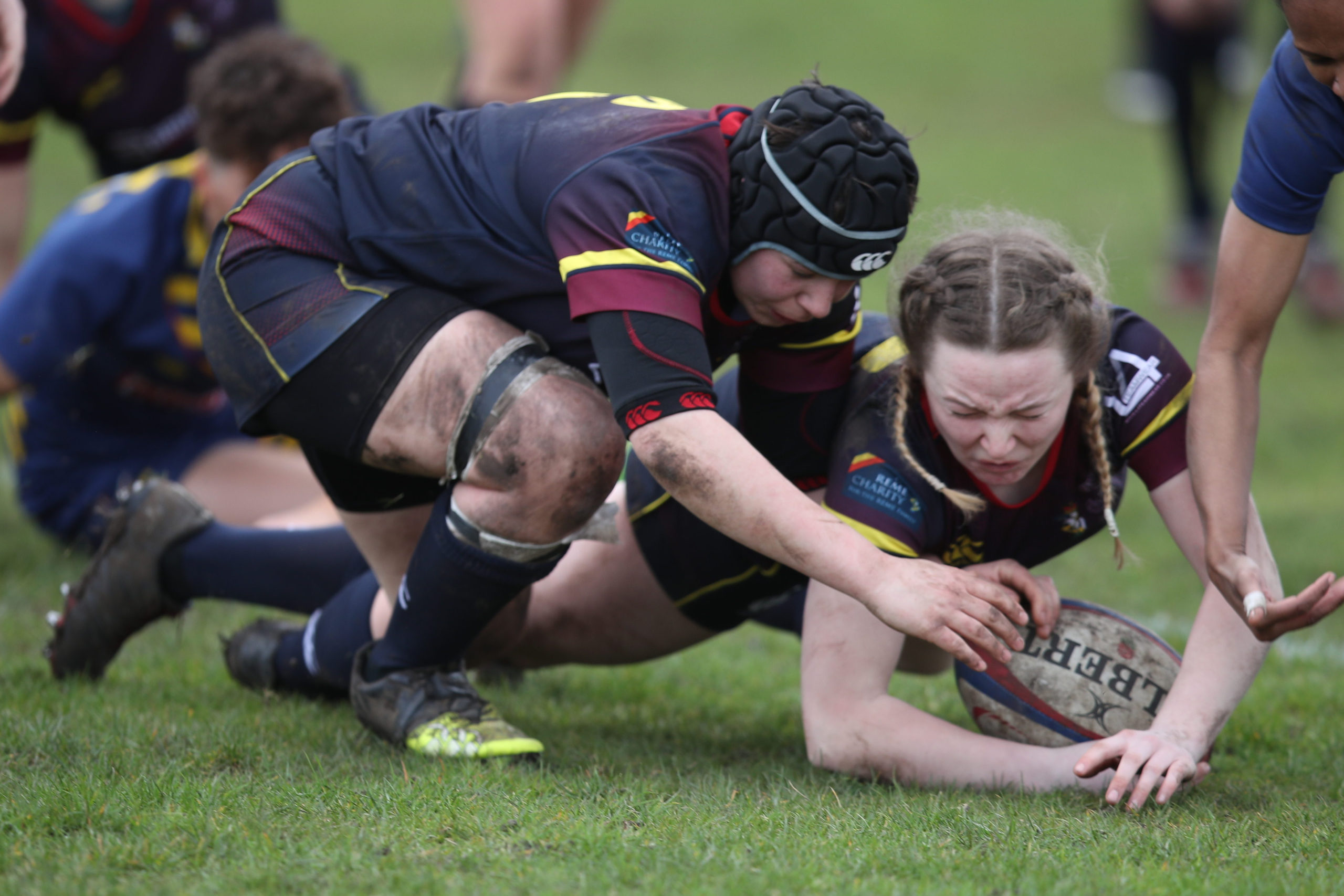 This season also saw the introduction of a Corps Masters League, the inaugural Final saw the Sapper play the Gunners in one of the oldest rivalries in military sport.  A Man of the Match performance from Cpl Peceli Nacamavuto helped the Sappers to a 28-15 victory. 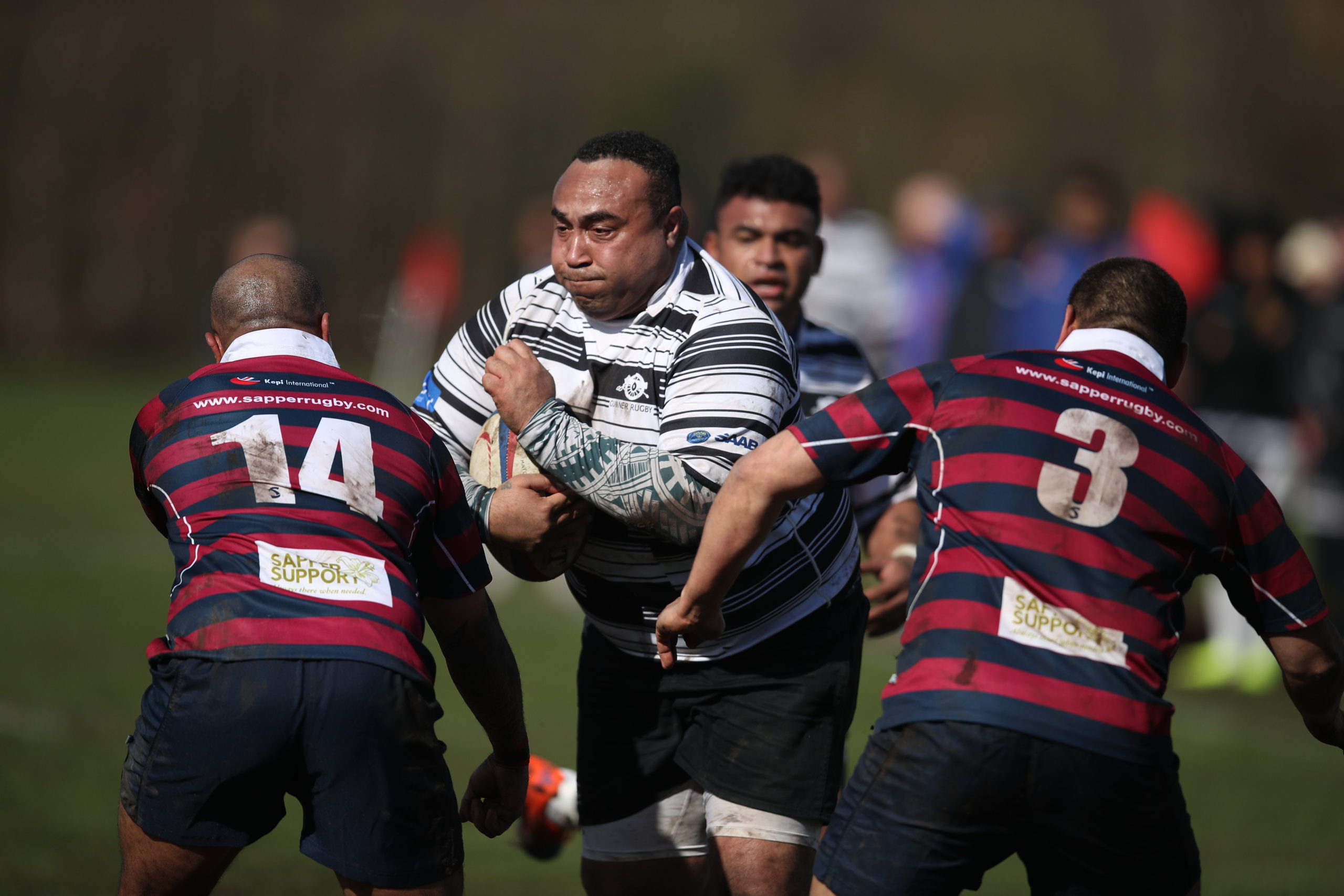 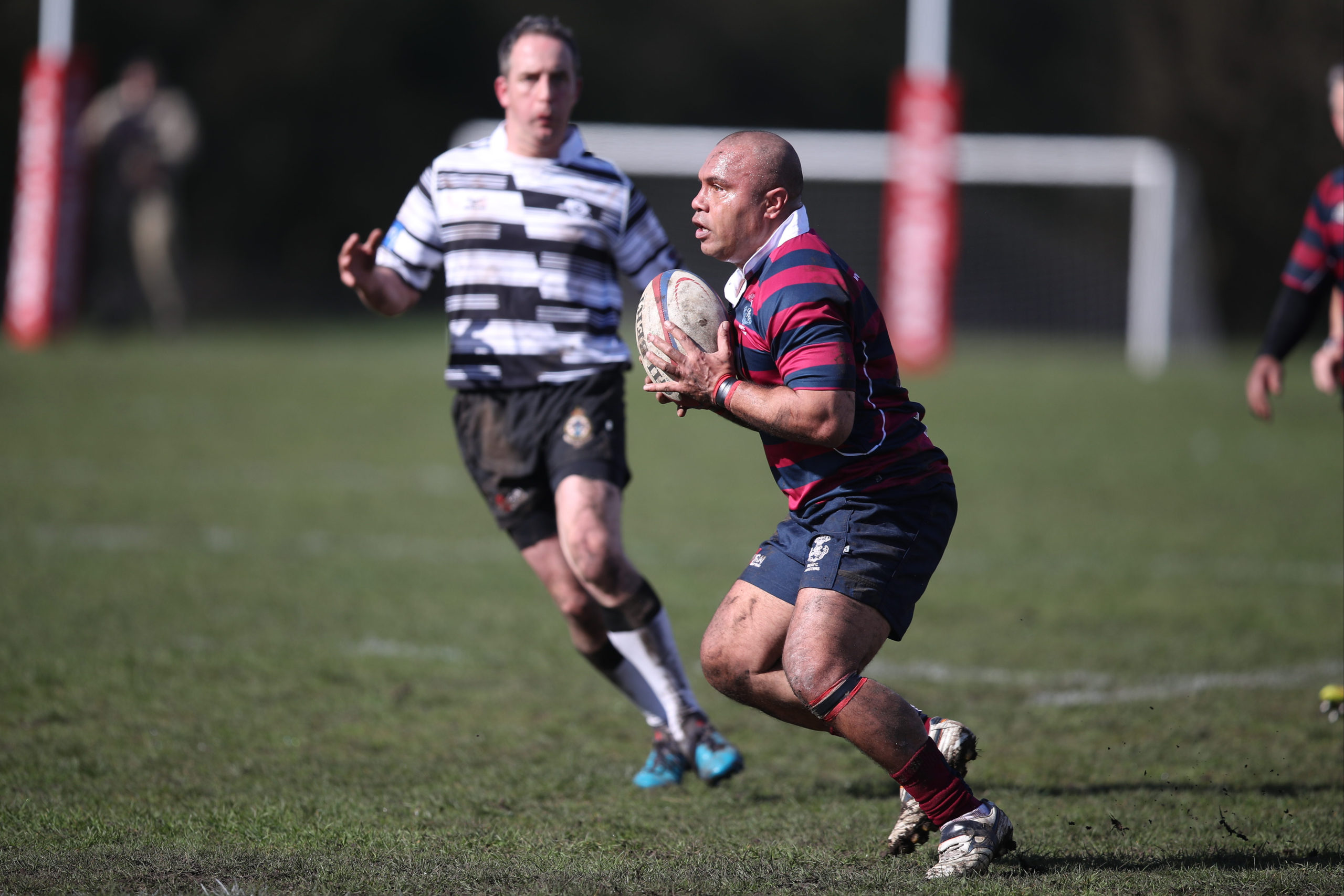