By Kimberley FowkeMarch 12, 2020No Comments

On the 15th December 2008, Lieutenant Aaron Lewis of 29 Commando Regiment Royal Artillery, was killed in action in Afghanistan. He was just 26 and on his first operational deployment.  Aaron wanted to make a difference in the world, bringing help to those in need.  It was that belief which gave him the courage, hope and enthusiasm to deploy to Afghanistan.

Two years after his death, the Aaron Lewis Foundation was established by his family and friends to continue to make a difference in his memory.  With unity and teamwork at its core, Aaron’s family, friends and former service colleagues work together to raise funds for causes close to Aaron’s heart, providing access to sport and well-being for all, whilst at the same time furthering his legacy.

29 Commando Regiment has had a great relationship with the Aaron Lewis Foundation and has become a very significant participant in the Foundation’s charitable events. The Regiment’s continued support for ALF captures Aaron’s spirit perfectly with a combination of sport, music, and fundraising.

As a Regiment that is both physically and spiritually embedded in Plymouth, they see their links to the local community as a vital cog in the way they operate, any opportunity they have to bring the military and community together is very important. 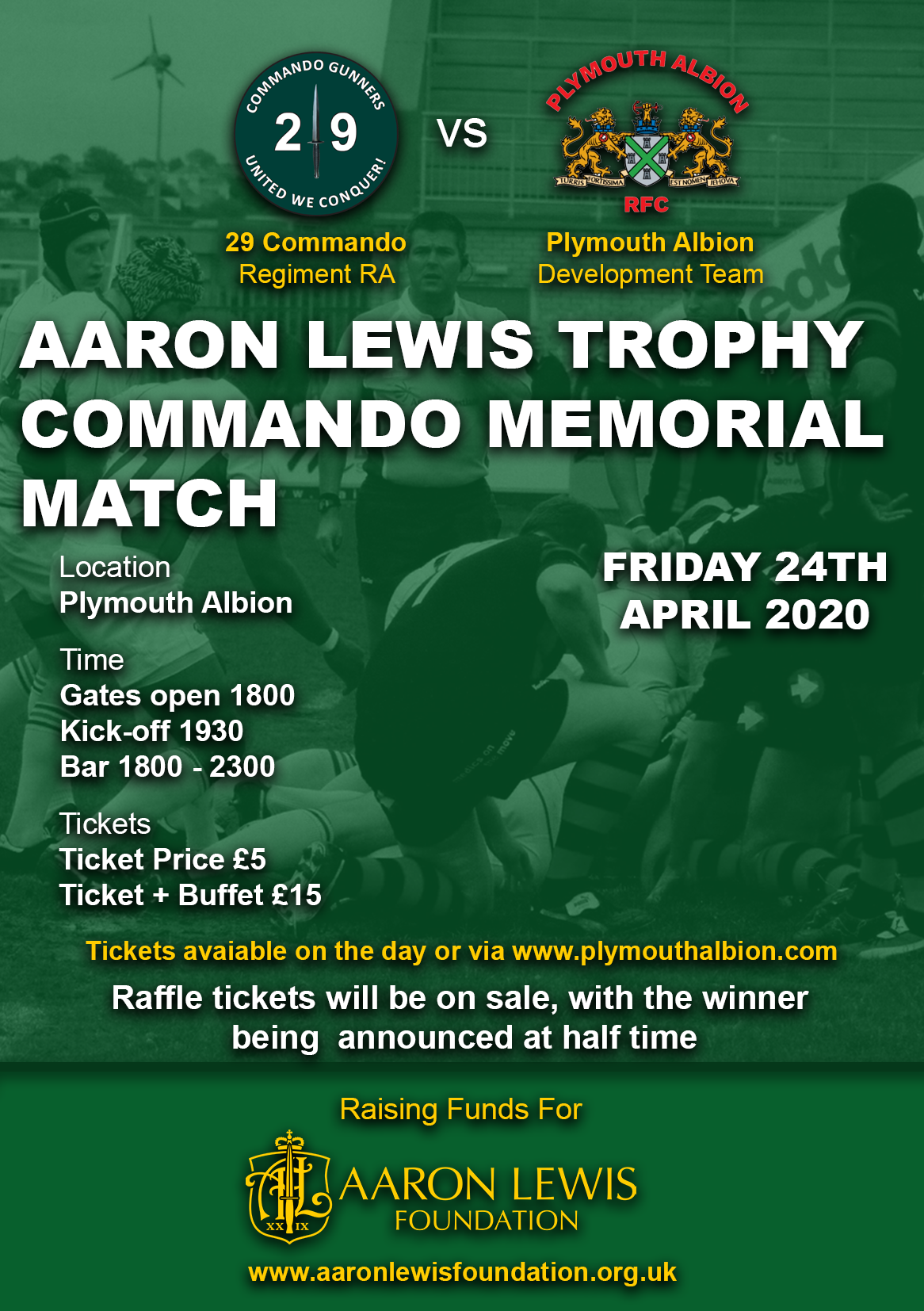