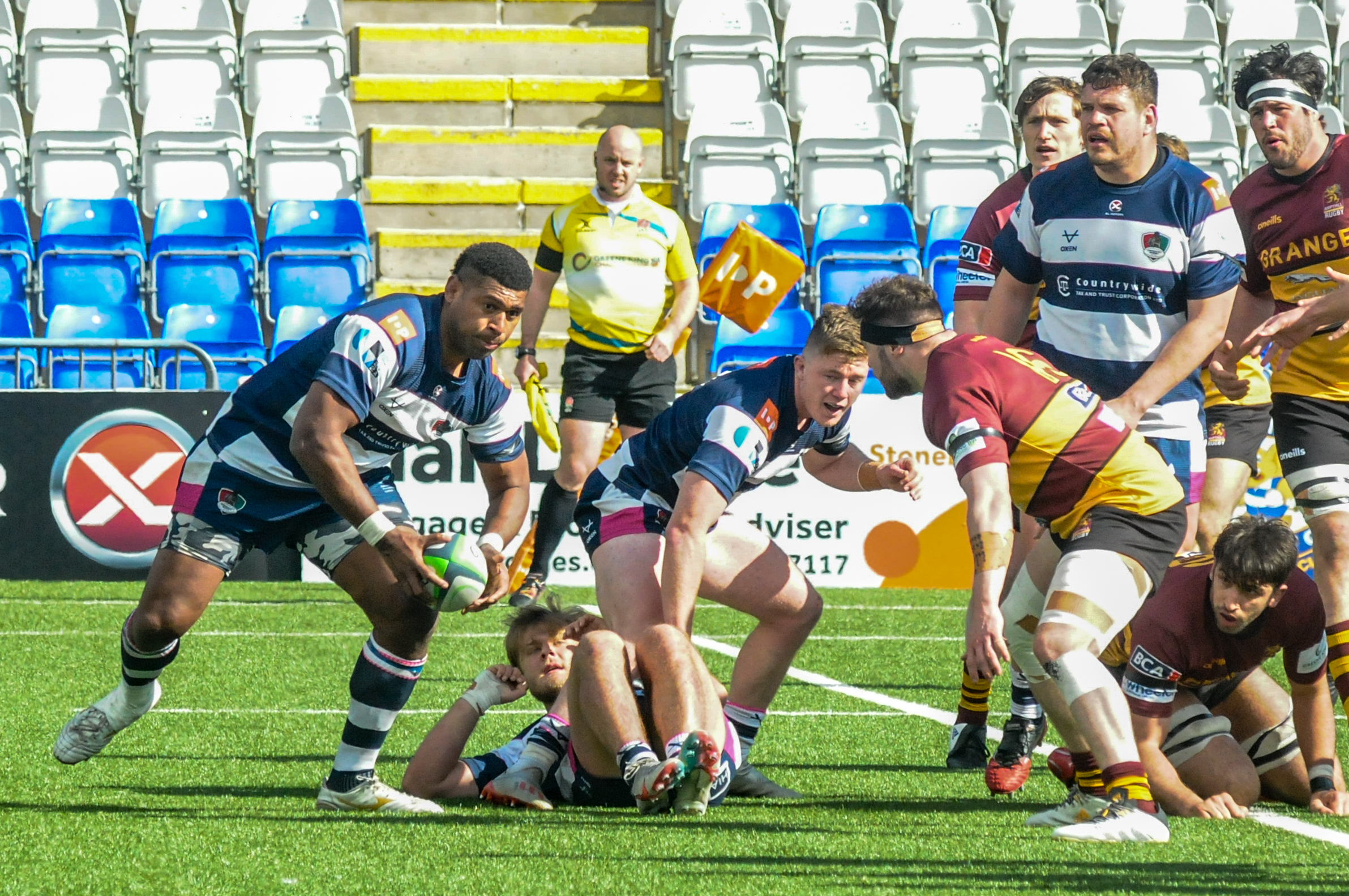 By Kimberley FowkeApril 12, 2021No Comments

Gunner Senitiki Nayalo (7 Para RHA) had a stand-out Sunday for Coventry in the Championship this weekend.

Having scored twice against Nottingham in Round 4, the big back rower stepped it up a notch on both sides of the ball as Ampthill visited Butts Park Arena. In defence he was a wrecking machine, but in attack Gunner Nayalo stood out, too, scoring one try and playing a crucial role in another.

There was a spell in the sin bin, but this was outweighed by his contributions elsewhere, not least because Coventry went on to record a bonus point 25-16 win to send them into their bye week in good spirits.

Cpl Lewis Bean (Rifles) had a tougher afternoon, coming up against British and Irish Lion Maro Itoje as Bedford headed to Saracens. The hosts included half-a-dozen Lions in their starting line-up and it was therefore little surprise that they went on to record a bonus point win over Bedford at the StoneX Stadium.

Bedford did score one of the tries of the game, Pat Tapley finishing off a long range attack. But this was their only try, with Saracens scoring eight of their own on the way to a 54-13 win.

Bdr Bethan Dainton (Royal Artillery) added to her tally of caps for Wales, but the team experienced another challenging afternoon against Ireland, who left the Arms Park with a 45-0 Six Nations win to leave the Welsh winless after two rounds.

Ireland came out firing and had more than half their points inside the opening quarter, ultimately leading 31-0 at half-time. So even while Wales failed to trouble the scorers they refused the throw in the towel, and head coach Warren Abrahams says that there is the character and quality within the squad to get a win in their final match.

“We just need to keep believing. These tough moments will definitely bring us closer together as a group and the key thing is if we learn from these tough lessons, keep developing, and keep progressing then hopefully we can turn this around.”

Wales’s last opponents of the Six Nations campaign will be determined next weekend, when Italy and Scotland go head-to-head. Whoever loses that match will come up against Wales on April 24th.