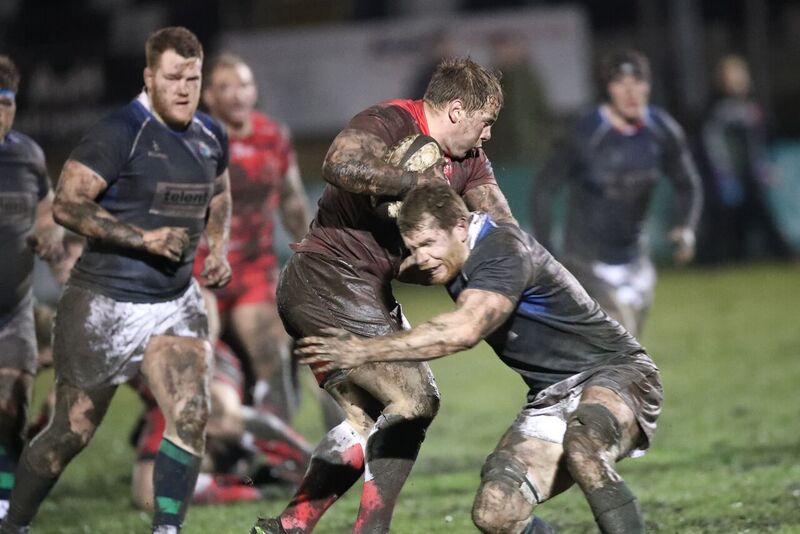 And then there was mud……. Army slide to victory against the British Police.

The warmth and solid footing of the Alicante pitch where the REDs had taken on the mighty Russian National team just ten days before was indeed a distant memory, the reality of being back in the United Kingdom was there for all to see. A four hour cloud bust before kick-off had ensured even the proudest groundsman would have been saying a stern prayer to heaven. 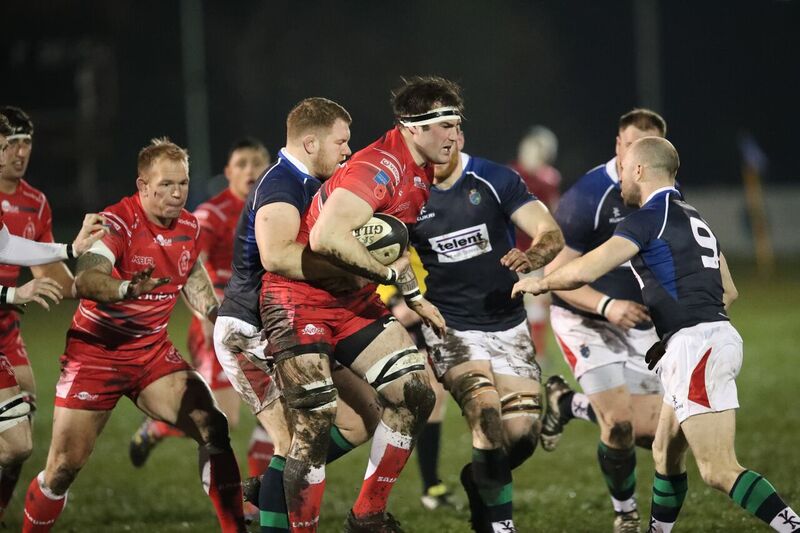 The British Police; a club that has a great tradition of providing England with some historic names such as Dooley and Ackford come flowing off the tongue had selected a central venue at Stourbridge Rugby Club, South West of Birmingham and gathered a strong squad,. This was never going to be a ‘normal fixture’, a ‘up for it’ British Police team and a heavy pitch’ lots of ball to the backs; probably not…. 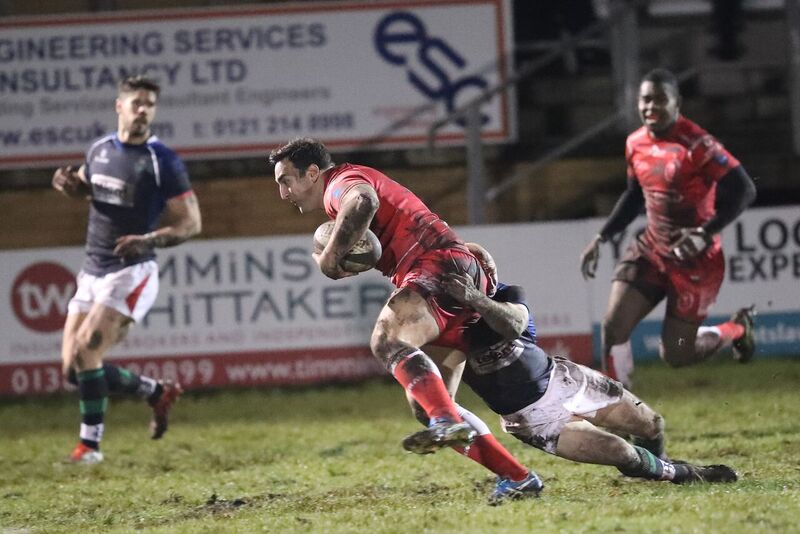 It only took five minutes for the mud to obliterate the sponsors logos on the shirts and the packs had a good amount of ‘scrum practice’. It was never going to be a ‘miss one’ evening and the backs did well to stayed focused and warm, the REDS pack were gaining dominance in the sliding contest (scrums) and had won a couple against the head; it however was left to Lance Corporal James Dixon (Royal Engineers) to keep the score board ticking over with some impressive long range kicking. No tries but 12 – 0 through the boot of Dixon had both teams heading for the changing rooms at Half Time and a towel to wipe the mud from their faces.

The Police came out a focused unit at the start of the second half; their ball skills were noticeably better and the half back partnership was sharper. The REDs defence was however up to the challenge, two, three defenders constantly drove back the ball carrier. The REDs rang the changes, Sergeant Tom Chennell (RAPTC) , Lance Sergeant Matty Dwyer (Welsh Guards) and Gunner Shane Nayalo (Royal Artillery) came on to add fresh legs to the pack, James Dixon continued to kick the points. 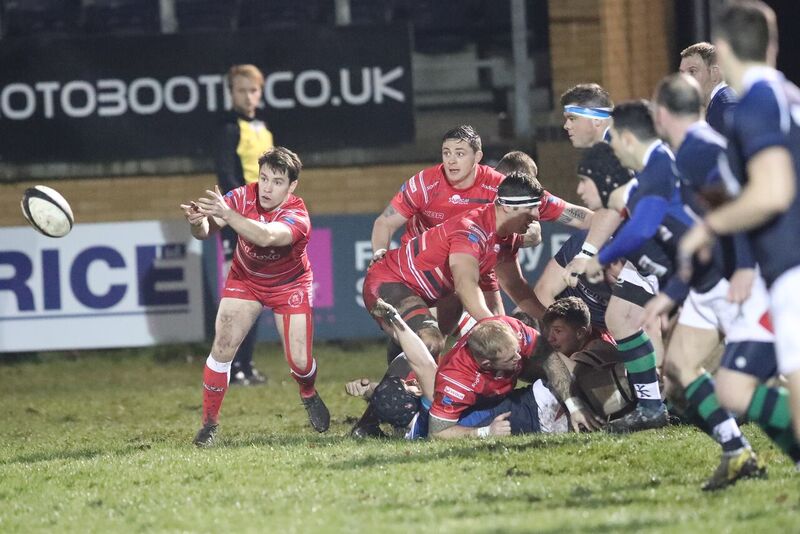 This was a game for the purists; a large crowd didn’t witnesses champagne rugby, what it did witness was two powerful teams ‘having a go’ at each other. One brief ‘melee’ had the well populated local crowd calling for the ‘Police to intervene and sort it out! ‘oh, hang on, their on the pitch……..’ it was that type of night. The Police scored the only try of the night, with five minutes to go a long crossfield kick looked to be covered by Dixon, however he slipped. (as you do in the mud) and wasn’t able to recover before the ball was touched down over the REDs try line. Full time 18 – 5 to the Army. A night that Head Coach Captain Andy Sanger (Royal Engineers) would have learnt much about his team, more work to be done, but heading in the right direction. 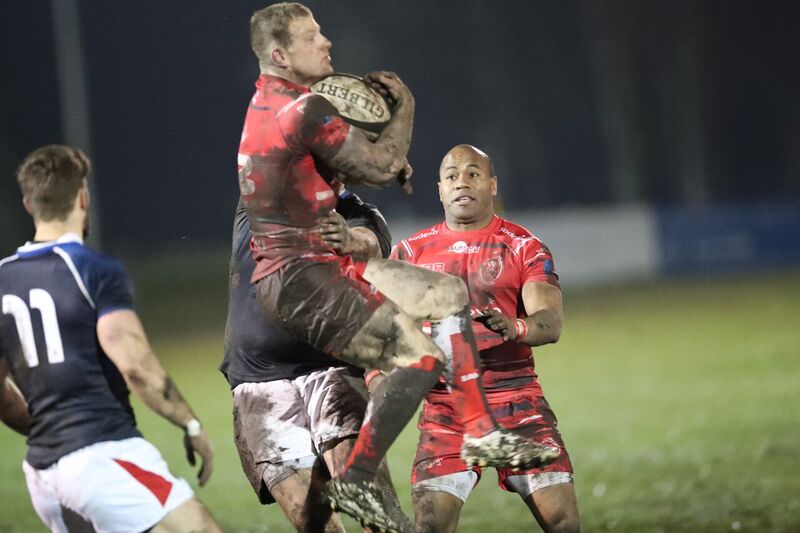 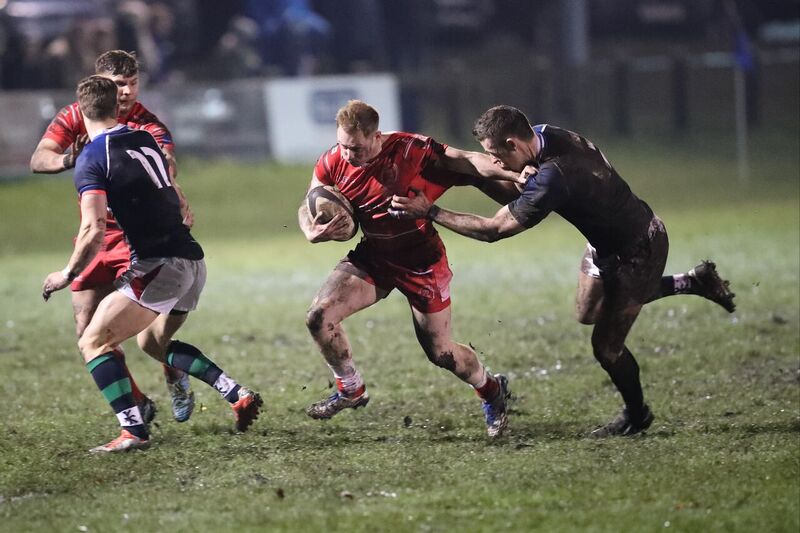