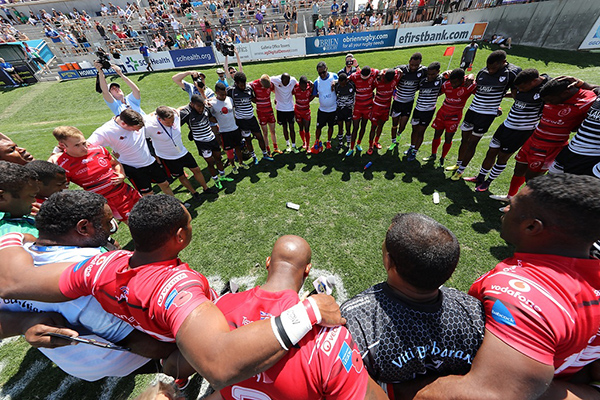 Army 7s Scorch it in Denver 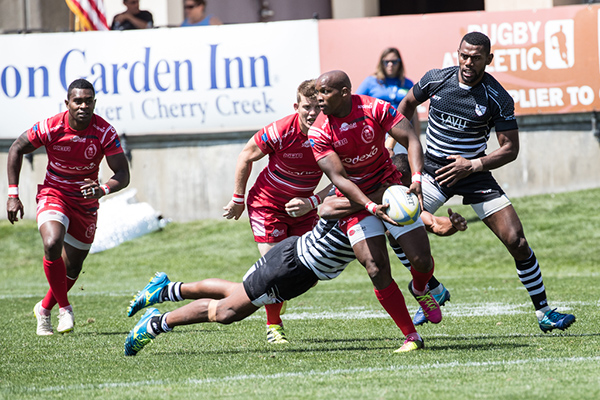 In 33 degrees heat and a mile high, it is certainly not your ideal sevens playing weather or environment. However that’s what the Army 7s faced when they travelled to Denver, Colorado to play in the annual RugbyTown International Sevens festival held in the Mile High city, where the spectators not only get to watch the rugby but have outstanding views of the ‘Rockies’. This Tournament, incidentally where the Red 7s have come away as previous winners has grown out of all proportion from when the invitation was initially sent back in the first decade of the twenty first century, it’s now a three day event with 20 top rank teams going for the win. 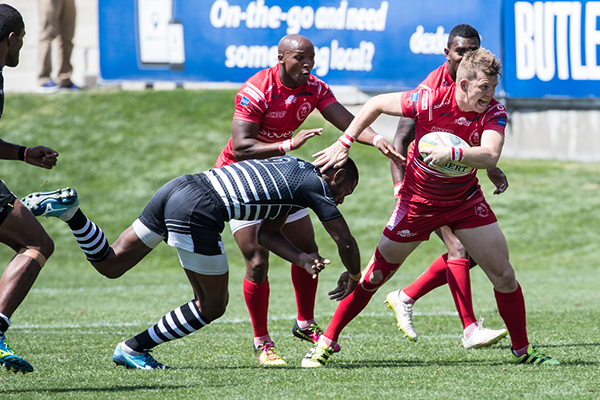 The full US military have their ‘service’ 7s competition within the event, and the US ‘States’ send their best players to try and return home with the $10,000 first prize bounty; it’s no coincidence that the US teams have come on so strongly in the last few years; US Sports see Rugby 7s as a key targeted sport and all the National Selectors lead by ex England 7s star Mike Friday were there to talent spot. Waisale Serevi the Fijian Rugby legend is also big in the USA, he has developed a joint Rugby and (US)Football (AVATUS) programme and his young chargers were there to impress, oh and yes, Serevi, had brought the ‘Fiji Suva Water’ team over to compete (read 8 full Fijian Internationals, four of whom also have a certain Olympic Gold medal from Brazil) they would run out, not surprisingly, as competition winners. 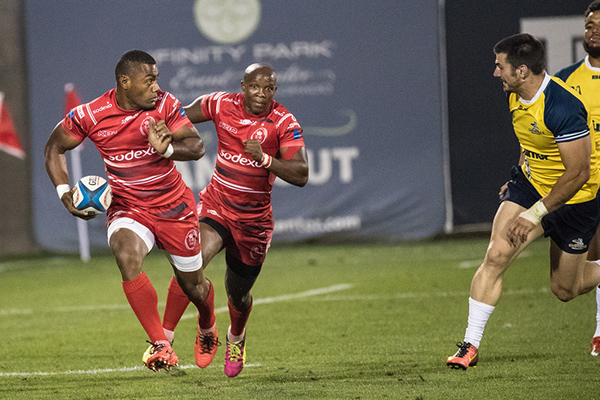 The Army team had kept the balance of the team that had featured and come runners up in the GB Sevens ‘Super Series’ and travelled with a positive aspiration of reaching the semi-finals of the main competition, Friday saw the team run out three times with three victories, wins over Negro Y Azul – 25 – 10; local Team Glendale Merlins – 24 – 5 and the Cayman Islands – 19 – 7 had the boys sleeping well. 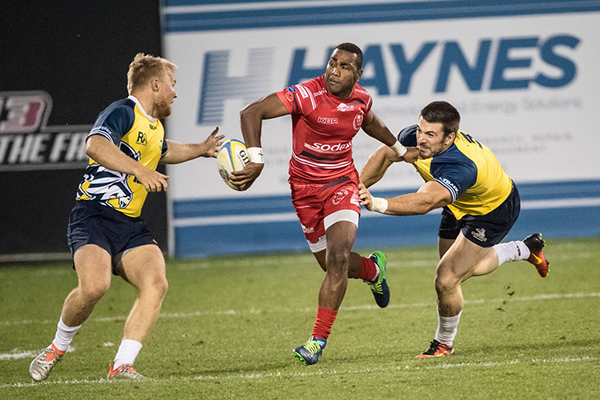 Saturday was an even hotter day than the Friday, the final Pool match saw another victory over the Californian Stars – So Cal Griffins – 31 – 0; the team were playing well structured sevens and had the home supporters and Television commentators lauding the Reds performances; this fourth victory saw the Reds topping their pool table. This brought a semi-final match against the fancied ‘1823 Tigers’ and in a to and fro match the Reds took the win 17 – 14. 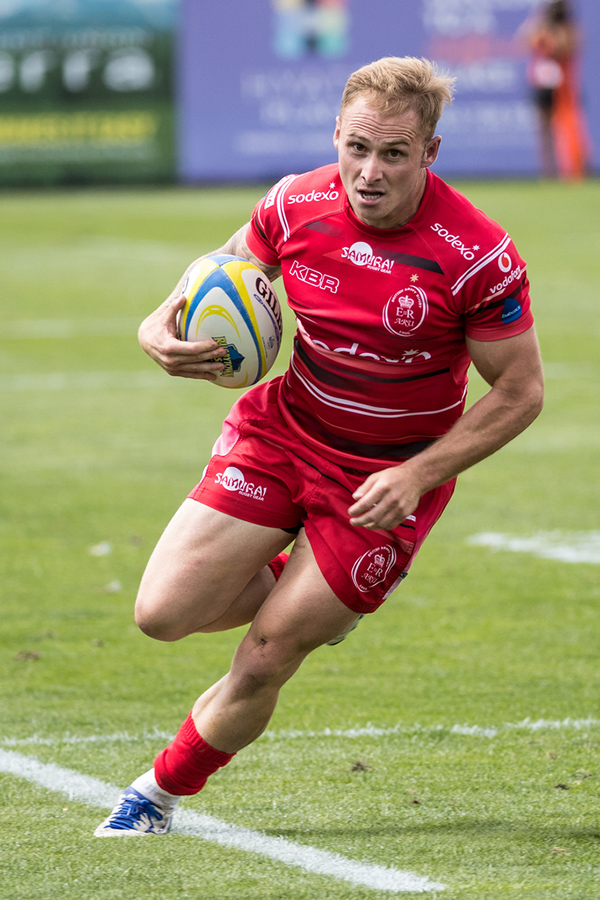 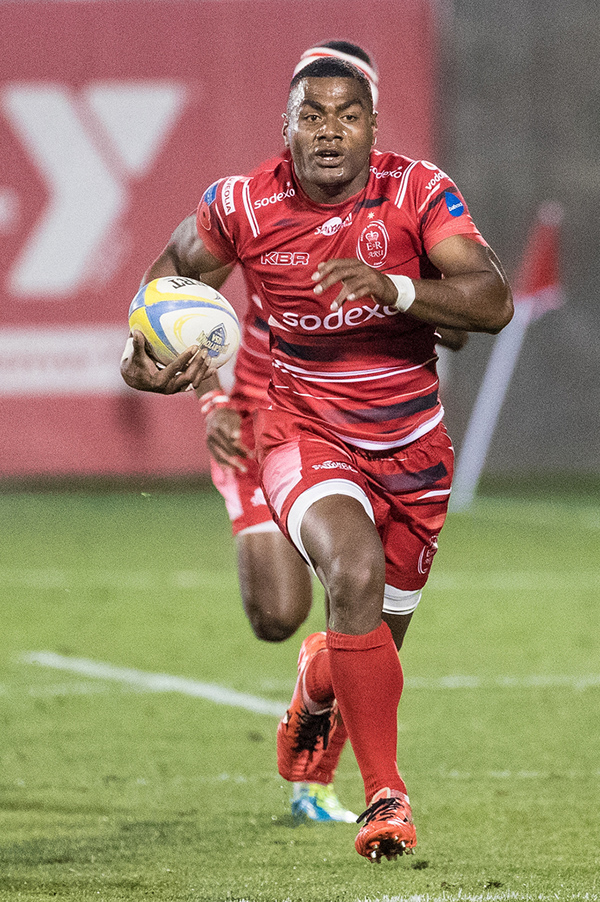 Day 2 done, and a semi-final on the Sunday afternoon beckoned against a certain Fiji Suva Water. 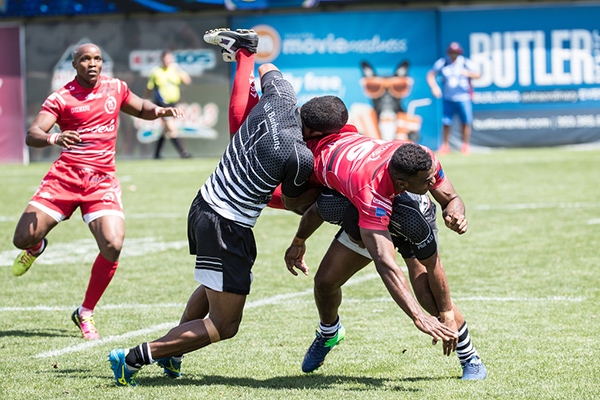 Before the competition the Team had hoped that they may ‘bump’ into the Fijian Legend Serevi at some stage of the festival to get a ‘selfie’ or two, they certainly didn’t expect to have him line up as an opposing player in the main Cup competition. Fiji were the ‘dream team’, bristling with their Olympic Gold medalists and a Legend aged 49 playing rugby that surpassed his age……… 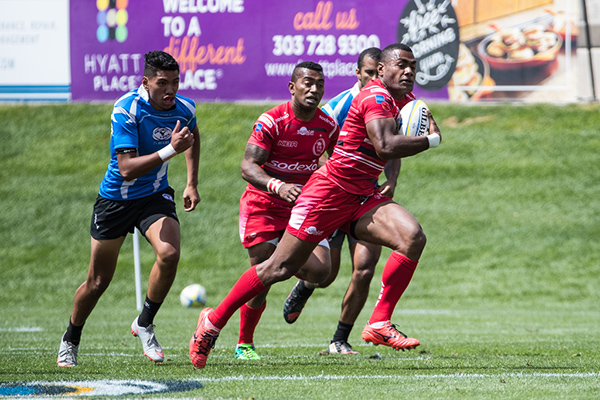 In the last play of the first half Fiji were up by two trys to one before a game changing moment, with the Reds pressing; one of the Army players was tip tackled by two of the Fijian players just short of the half way line , as the ball was lost a Fijian player gathered the ball to sprint down the side line, just short of the try line he was tackled highly and the Fijians were awarded a penalty try and the Reds reduced to six men with a yellow card. The Reds never gave a backward step in the second half, their commitment was truly outstanding; some of the hits from both sides were off the scale, both Teams were exhausted at the end, the Fijians running out deserved winners 26 – 12. 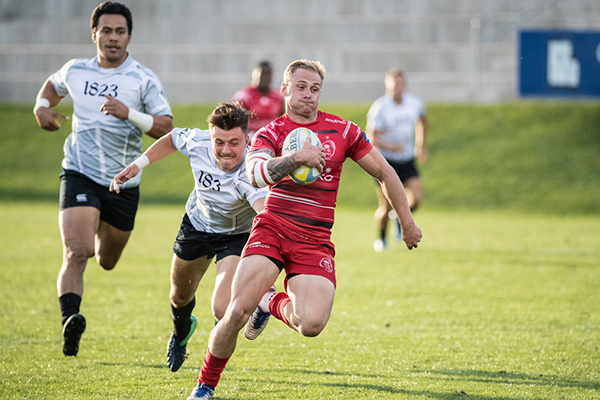 What happened at the final whistle epitomises why we play rugby. Having knocked ‘ten bells’ out of each other they embraced in a circle as one, sang a hymn and said prayers, the locals and the competition were blown away…..roll on next year, as a certain US state Governor said, ‘we’ll be back’…………. 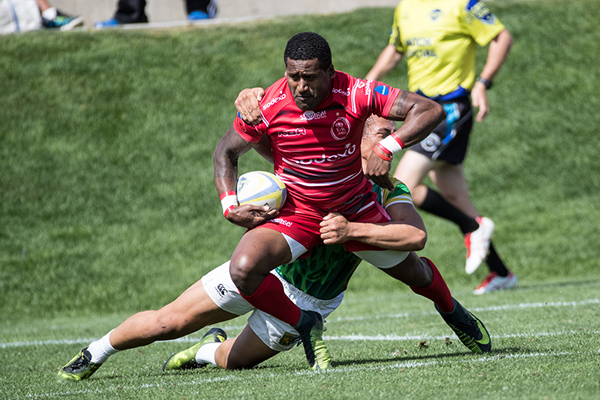