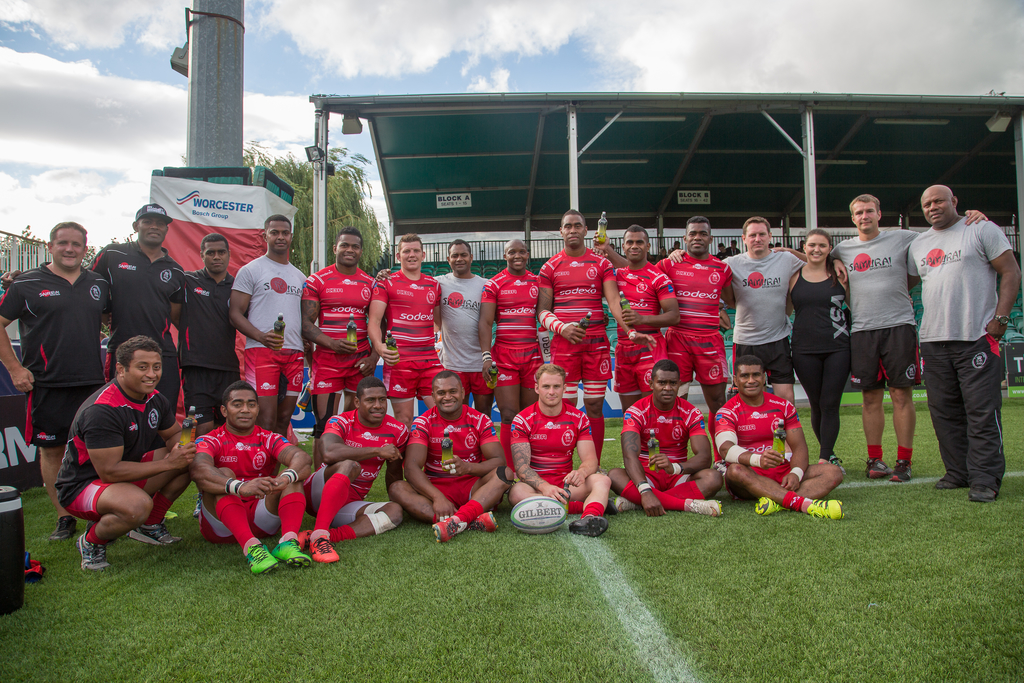 Sixways stadium was the impressive location of the third round of the IPRO Sport GBs Super Sevens Series. The Army 7s had been drawn in the same league as the England Injured Players Foundation team and Apache (a well-known National Invitational Sevens team) Apache had beaten England IPF well in the first league game and it was just after midday when the REDs took to the field to play England IPF. The Team started well, and lead 10 – 7 at half time and actually extended their lead to 17-7 with four minutes to play, however then took their eye off the ball and frustratingly lost in a 21-17 final score. 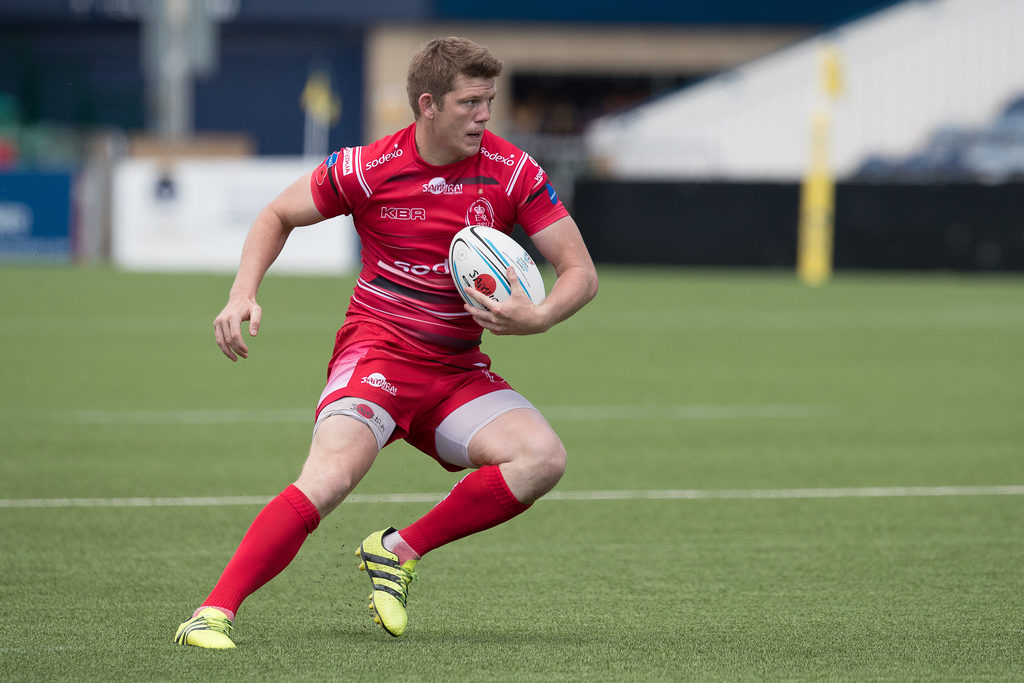 Two hours later we faced up against Apache who had beaten England well….. the experienced Army coaching staff of former England and Fijian internationals respectively Damudamu and Vakacokovanua had clearly had a word with the team and the performance was there to be seen. Apache are a well drilled classy team that have improved as the season has progressed and were sharp, fast and slick and deservedly lead the REDs 14-7 at half time, however the Army 7s were determined to put in a much improved second half performance and brought it back to 21-21 as the referee concluded the match. This GB Super Sevens series is all about ‘fine margins’ and a draw and a loss to England IPF by 4 points saw the REDs progress to the Plate Semi-final against Marauders, another specialist team with some powerfully runners in their squad. 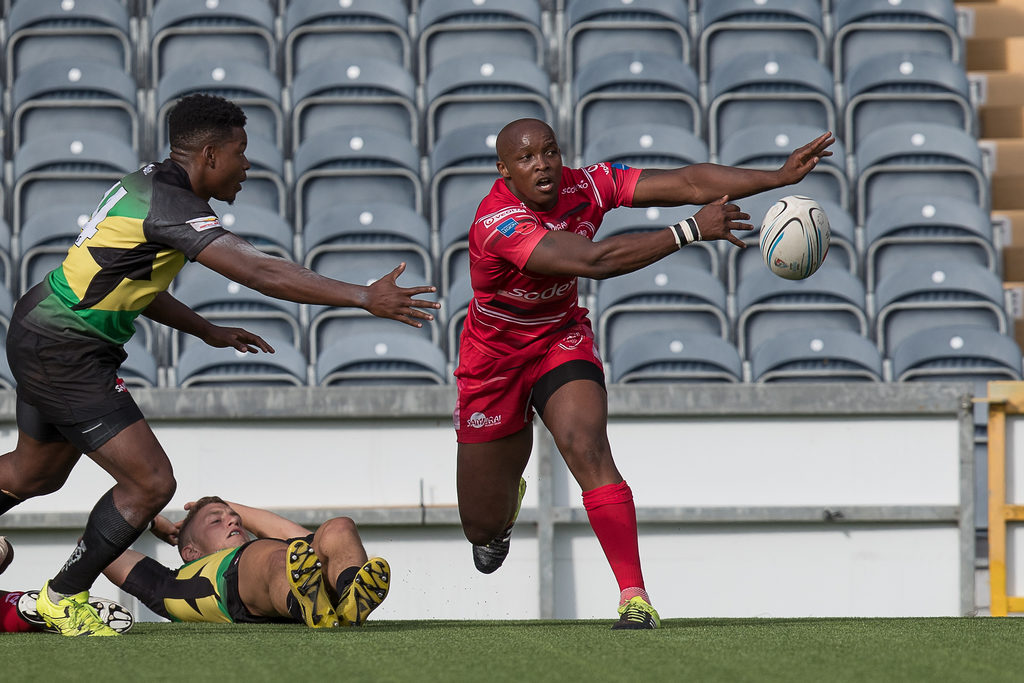 Both Teams wanted to make amends for not reaching the main Cup competition knock out stages and there were some very powerful hits being put in to try and dislodge the ball in the tackle. The match was always going to be a close run thing, half time had the REDs in front by 10-7 however the Marauders took the lead with 1 minute remaining in the second half, 14-10, the Army 7s received the kick off and moved the ball around to try and create a glitch in the Marauders defence, with seconds remaining the REDs did indeed cross the try line and won with the last play of the match, thrilling, 15-14. One more match, Plate final against The Jamaican National Side. 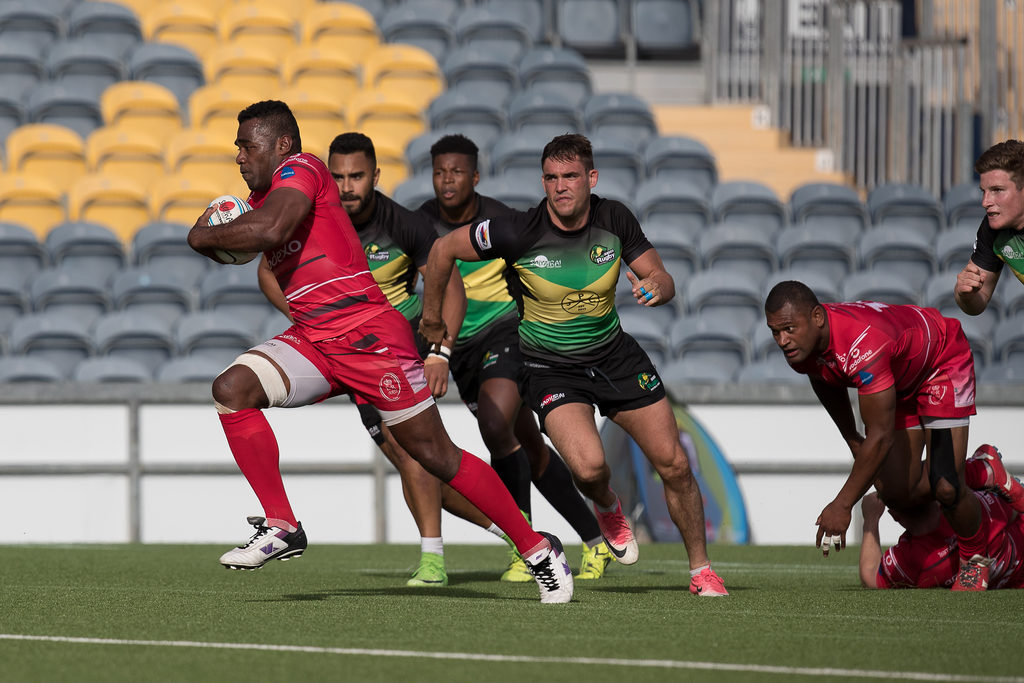 The Plate final kicked off at 1820hrs and with the shadows getting longer; Jamaica were out to show everyone how much they had improved, like every team they were big and strong and had a turn of speed a certain Mr Bolt would have been impressed with! 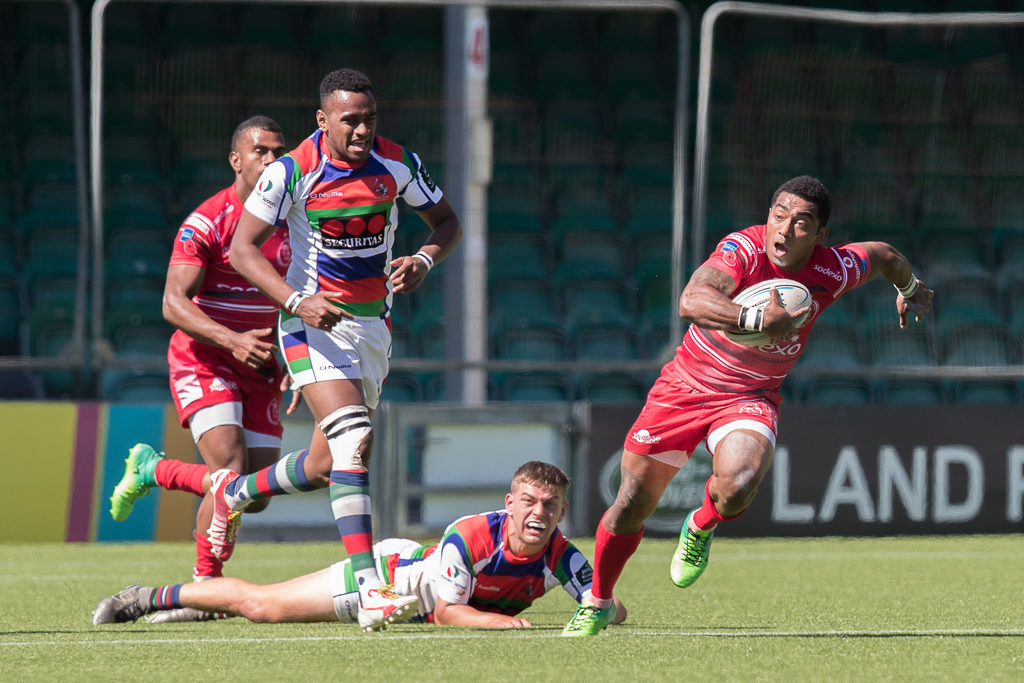 Half time had the Reds in front by 12-5 and all was to play for, however the experience of the Army 7s shone through in the last 7 minutes with the Army stretching their lead to win comfortably 31-5. Lessons to be learnt, fitness to improve however we came away with a trophy, last leg of the Series takes the circus to the beautiful city of Bath, Saturday 29 July, treat the family and come and watch the Army 7s, the wife can go shopping! 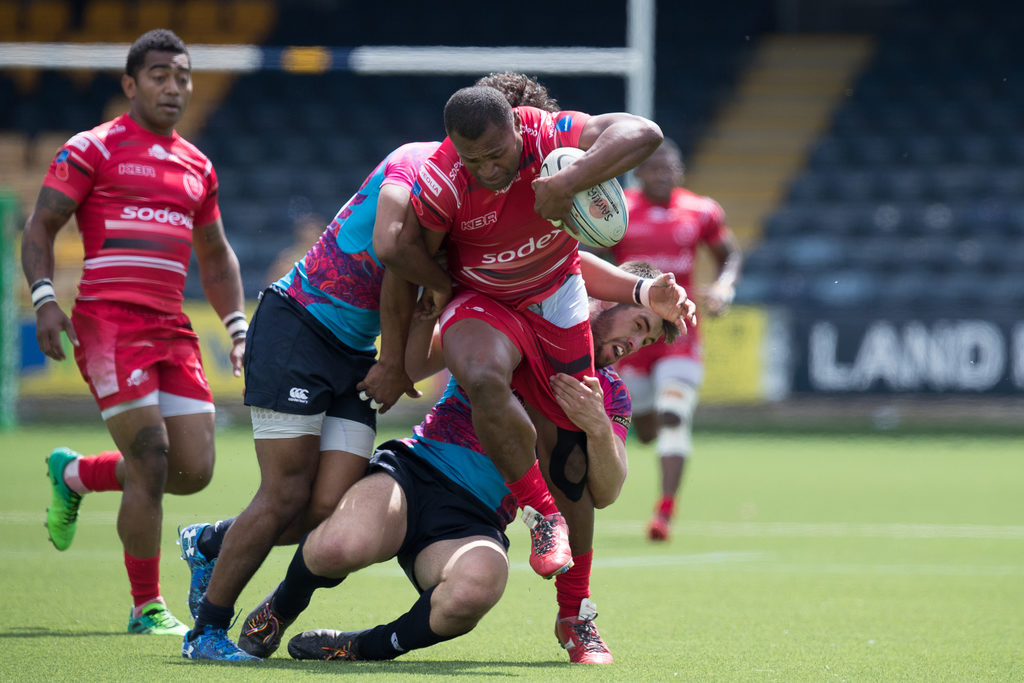 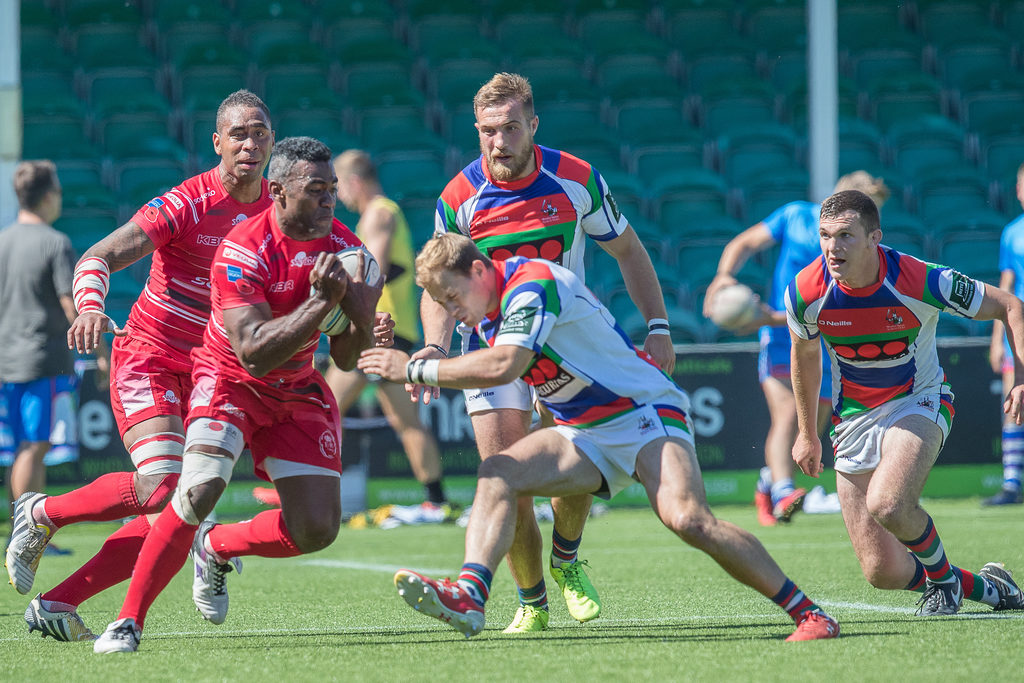 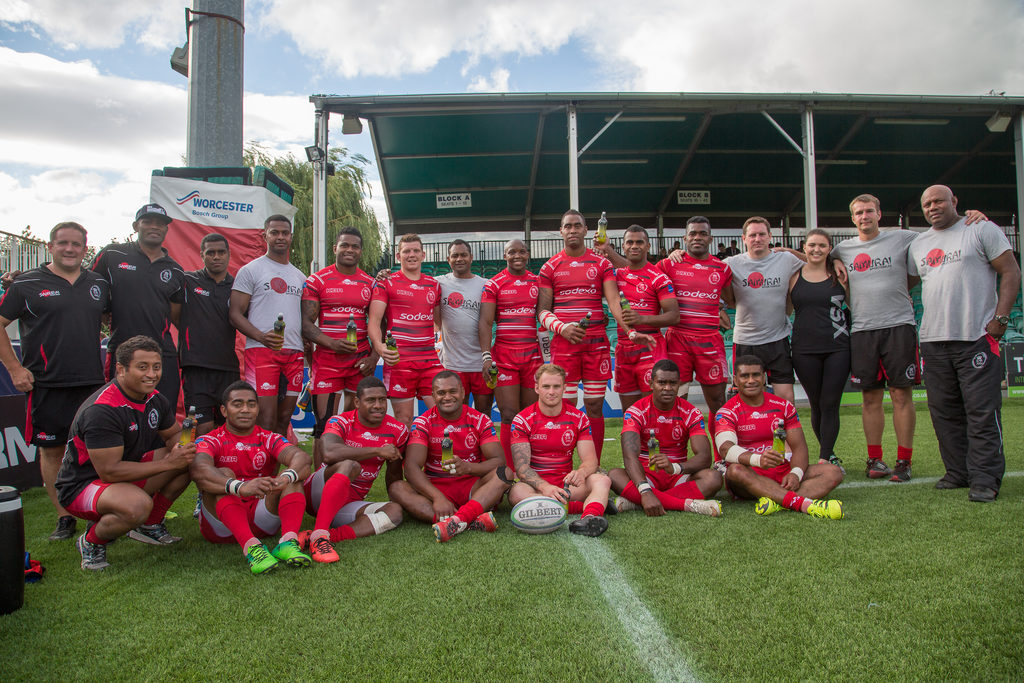