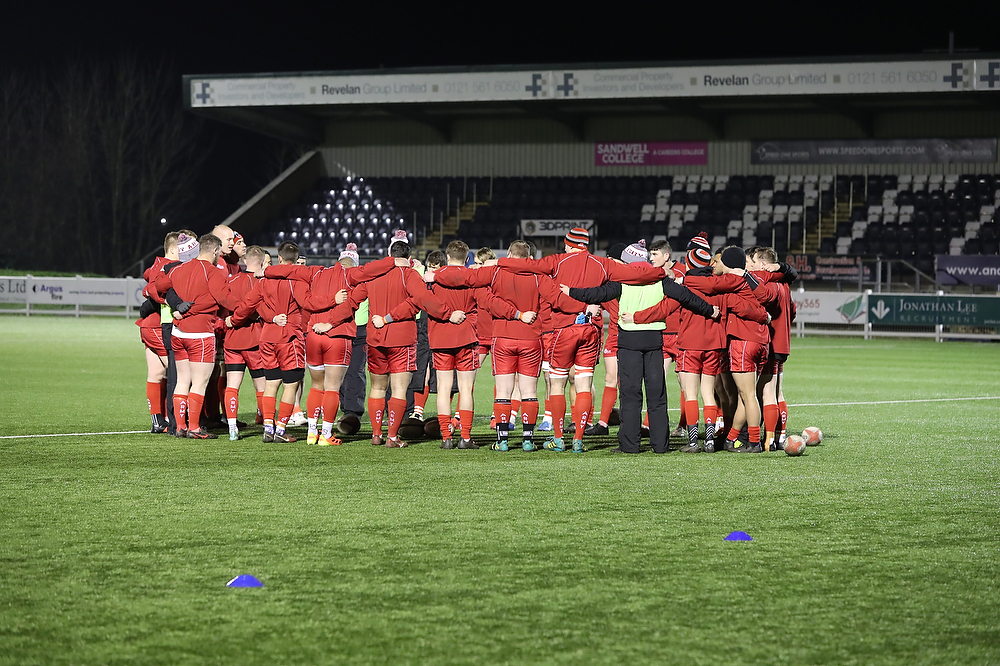 Army Development turn on the style in Stourbridge

By Kimberley FowkeJanuary 27, 2022No Comments

Head Coach Capt Mal Roberts (RLC) was a satisfied man after seeing the Army Development team head home from the Black Country with a 43-5, seven try victory over the British Police.

Capt Roberts had named his 27-player squad with an eye to see how both the Army’s senior experienced players and emerging youngsters would not just blend as a group but also adjust to representing the Army in the red shirt’s first outing for 2022.

And he said that the group lived up to expectations.

“I knew that the talent was in the group but for a fair percentage of that game they came to the party and delivered,” he commented. “It was really pleasing.”

The first 20 minutes may have been scoreless, but they were nevertheless entertaining, the teams making the most of the dry conditions and perfect running surface.

The deadlock was broken at the end of the opening quarter by Spr Manasa Cakau (RE). The big number eight had showed his power a number of times in the opening exchanges, and when he got his hands on the ball in the Police’s red zone there was no stopping him, two defenders bounced off and left sprawling. 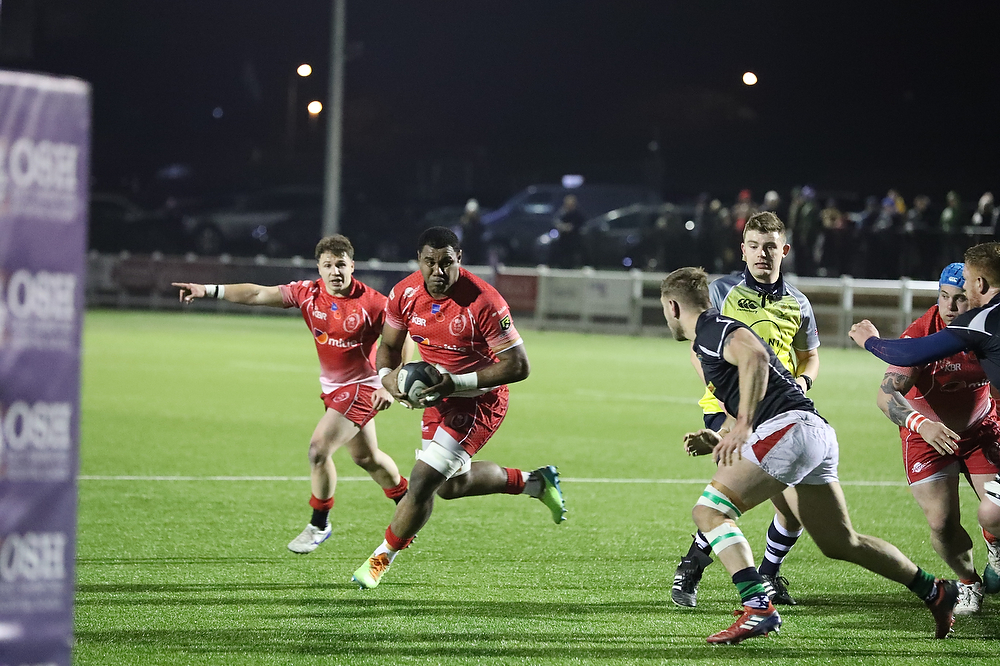 Spr Cakau, RE in fine form for the Army.

The Police’s defence was cut to ribbons seven minutes later, Spr Mikey McDonald (RE) showing electric stepping and acceleration on his way to the try line. The scrum-half had done something similar shortly before from a quickly tapped penalty in midfield, and there was no stopping him second time around closer to the try line.

Fly half 2Lt Matt Smart (Yorks) was on target with both conversions, and Capt Roberts said that it had been reward for the team’s approach work.

“The first 10, 15, 20 minutes of any game is quite attritional as the teams feel each other out,” he said. “We came out in the first 20 minutes hoping that we would reap the rewards later on, and it was pleasing that we did that. There can be a risk that you do that much attritional work and get frustrated when things don’t happen.

“So it was good to see the players had patience and carried through into the second 20.”

The 10 minutes before half-time were somewhat more disjointed, one or two players going down with injury and the Army getting onto the wrong side of the referee a few too many times.

But while the Police finished the half on the front foot deep in Army territory they were not able to convert position into points and the red shirts headed into the sheds with their 14-point lead still intact. 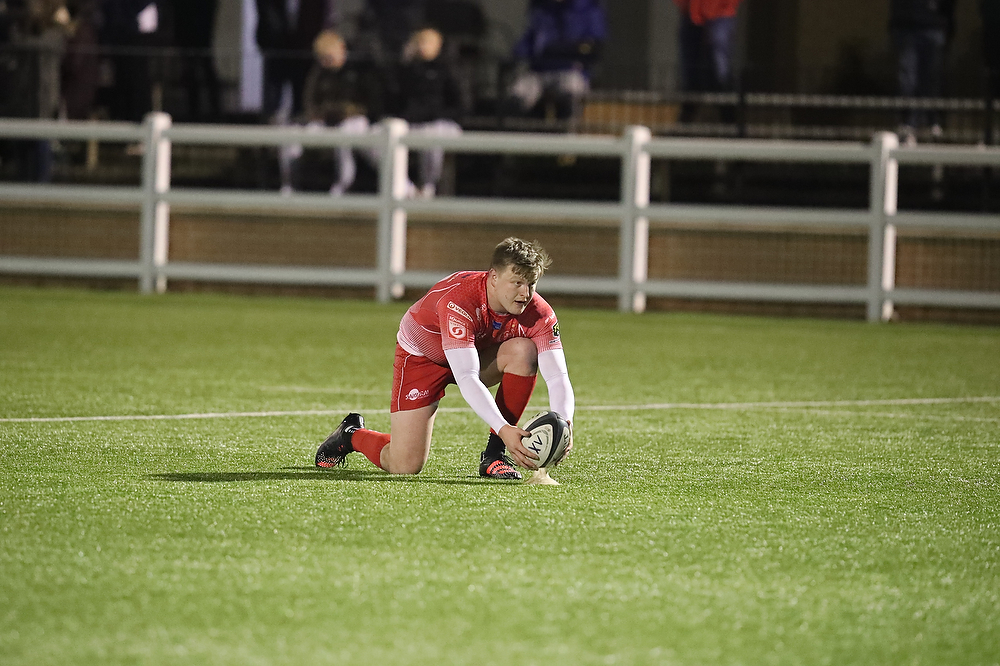 The bit back between their teeth at the start of the second half, the Army were denied a third try as Capt William Reeve (HQ 4X) was judged to have taken advantage of a blocker to side step his way to the whitewash.

The Police cleared their lines with a pair of penalties, but with 2Lt Smart sending play back to the home 22 with a superb spiral from a penalty the Army were back on the front foot.

This time they came away with points, LCpl Josh Wright (AGC (RMP)) hitting a short line to stroll over between the sticks, and with the conversion the Army were now 21-0 up with 47 minutes on the clock.

Twenty-one became 26 four minutes later, as LBdr Connor O’Reilly (7 Para RHA) broke through a first tackle, accelerated away from the next couple and rolled through the final man to get the ball onto the ground.

But then momentum began to shift, thanks to a yellow card shown to Capt Jamie Miller (AAC) after 53 minutes.

With the extra man the Police began to make inroads, with the Army perhaps fortunate to not have other players in the bin as they conceded repeat penalties close to their line. But the referee’s hand stayed out of his pocket, a turnover was won, and the lines were cleared.

It nevertheless took until the hour mark for the Police to score, and even then it was fortuitous as Capt Reeve’s clearing kick went straight into the grateful hands of Joe Cook, who had a short stroll to the line untouched. 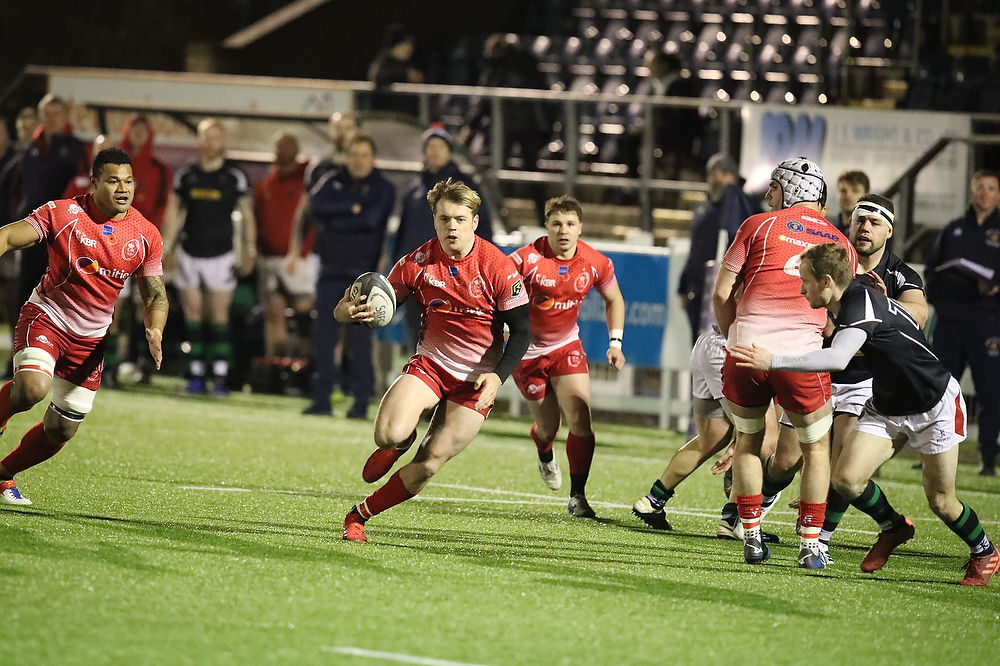 Still, the score was deserved for the pressure the Police had managed to impose, according to Capt Roberts.

“What you get when you play the Police is a tight contest and tonight was no different,” he said. “It’s just that we clicked and performed and things came off. The Police never give up and keep on coming until the last minute. People might have viewed that as an opportunistic try but you’ve still got to score them.

“We learned a lot from that period, and for us as a new coaching group we’re also learning, it’s not just about the players. It’s to understand how and when to make changes and the impact they can have from a positive and negative way.

“It was pleasing how the players responded and what that shows to me is that we’ve got a lot of natural leaders who understand what we’re trying to achieve on the pitch from a tactical perspective. They stood up in Jamie’s absence.

“The nature of the modern game is that a lot of teams have to play with 14 men at some stage. We’ve got to be adaptable and pragmatic when that happens.”

It did not take long for the Army to reply, LBdr O’Reilly going over from close range for his second, with LBdr Lee Westwood (3 RHA) doing likewise with a shade over 10 minutes remaining.

And from then on it was one-way traffic, Cpl Sonoma Veikune (RE) adding the seventh and final try, Spr JJ Johnson (RE) nailing a touchline conversion off the right-hand upright. 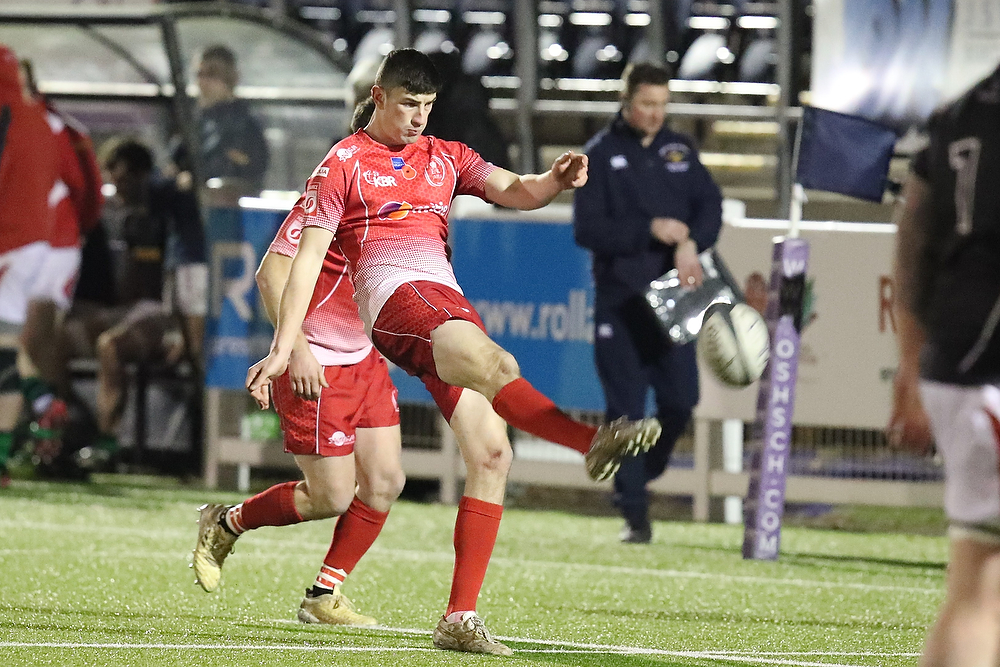 The consistent boot of Spr Johnson, RE.

Next up for the Army is a February double against Oxford and Cambridge Universities, with Capt Roberts adding: “There’s a lot to think about.

“There are still areas to work on and we’re still only in our second game. We’re not the finished article and these games are used as building blocks to build us up to Inter-Services. There’s more to come but the pleasing thing is that we’ve got a lot to build from.”

Head to www.armyrugbyunion.org.uk/teams/senior-mens-rugby/ to see the full list of fixtures over the coming months.