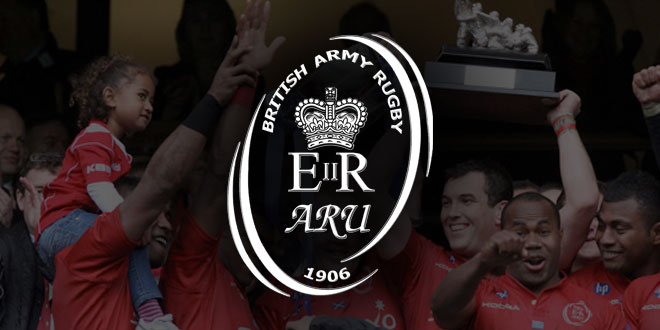 A comfortable win for the Masters against Surrey Vets.
On a damp mild October evening at the Army Rugby Stadium in Aldershot the Army Masters took on a Surrey Vets side This fixture was the first for the Masters and a trail match for many of the Army players looking to secure their position in the squad. To add to the pressure and ask questions about fitness levels of the players they were all put through their paces over the two days prior to the evening’s game as the coaches looked at individuals. With all the players wanting to make an impression it was very obvious that the coaches were going to have a difficult time to make a decision on who to select for the final Inter Services Squad for the rest of the season. With this being the third fixture against Surrey Vets who turned up with 29 players and ready to put up a fight against an unproven unselected Masters side, it was to be an interesting evening
To the credit of both teams they both tried to play a quick open running game. This brought reward for the Masters early in the first half with a flurry of try’s from the hard running backs. The Masters pack showed great control and disciple winning good ball from the restarts, lineouts and strong scrummage ball. This gave a good platform for the backs to execute their set piece moves clinically causing all sorts of issues for the Surrey Vets backline.
However at half time Surrey Vets changed their side as did the Masters so that the coaches could see all the players. This proved to be a game of two halves with the Masters running away with it in the first half and Surrey Vets controlling the second half. This also saw Surrey Vets make some changes which started to ask lots of questions of the new Masters forward pack with good lineout and driving mauls. The Masters once composed dealt with this fairly well but this did result in a couple of penalties being given away to the opposition. This gave a good platform for the Surrey backline and saw their strong centre taking good ball going forward and at pace asking questions of the Masters backline defence. This pressure was well rewarded with a couple of tries. It definitely was a game of two halves which saw Surrey Vets just take the second half.
This was a strong performance by all who played, the coaches have got some difficult decisions to make prior to our next fixture (Poppy Game) against Aylesford Bulls in Dec.