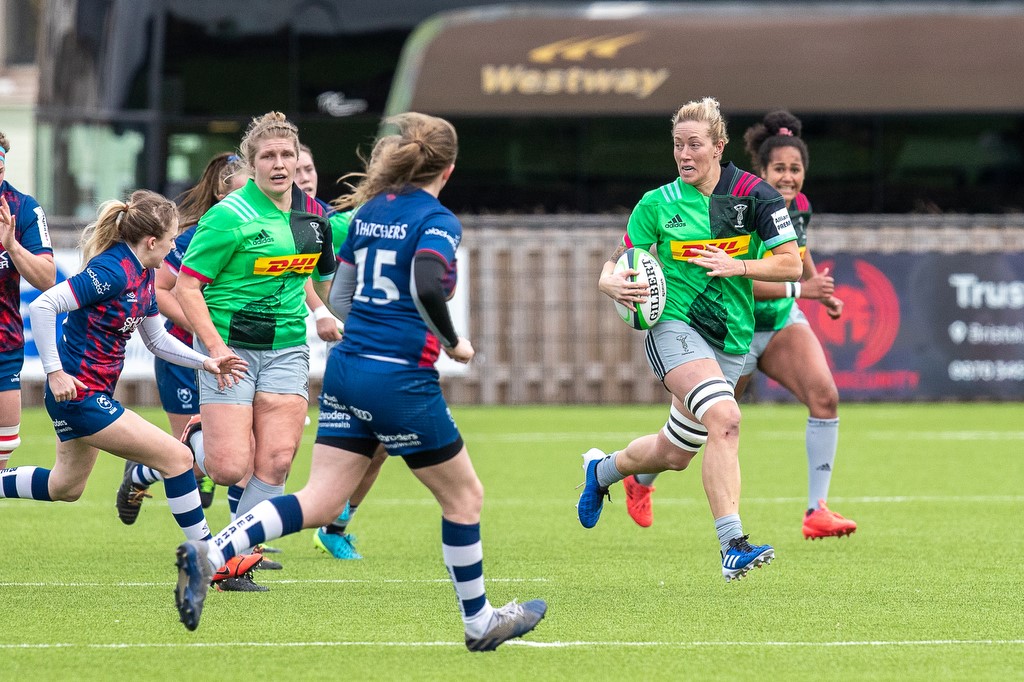 By Kimberley FowkeMay 25, 2021No Comments

Regardless of whoever won at the Twickenham Stoop last Saturday the Army Rugby Union was going to have representation in the Premier 15s Final, with SSgt Sarah Mitchelson’s (RLC) Wasps facing a Harlequins team which included Capt Alexandra Eddie (QARANC) in their match day squad.

Both forwards were on the bench for the highly anticipated London derby between teams who had only been separated by just two points in the league table once all 18 rounds had been completed.

And it was Capt Eddie’s team mates who got off to the better start, scoring 18 unanswered points in the first half to put themselves in control.

It took until the 50th minute for Wasps to get on the scoreboard with a converted try of their own, but when Quins hit back four minutes later it quickly became apparent who was going to be heading to Kingsholm on Sunday, May 30th.

And so it proved, despite Wasps scoring a second try five minutes from time, but it was not enough and it will be Harlequins who will go up against Saracens to decide the fate of the 2020/21 title.