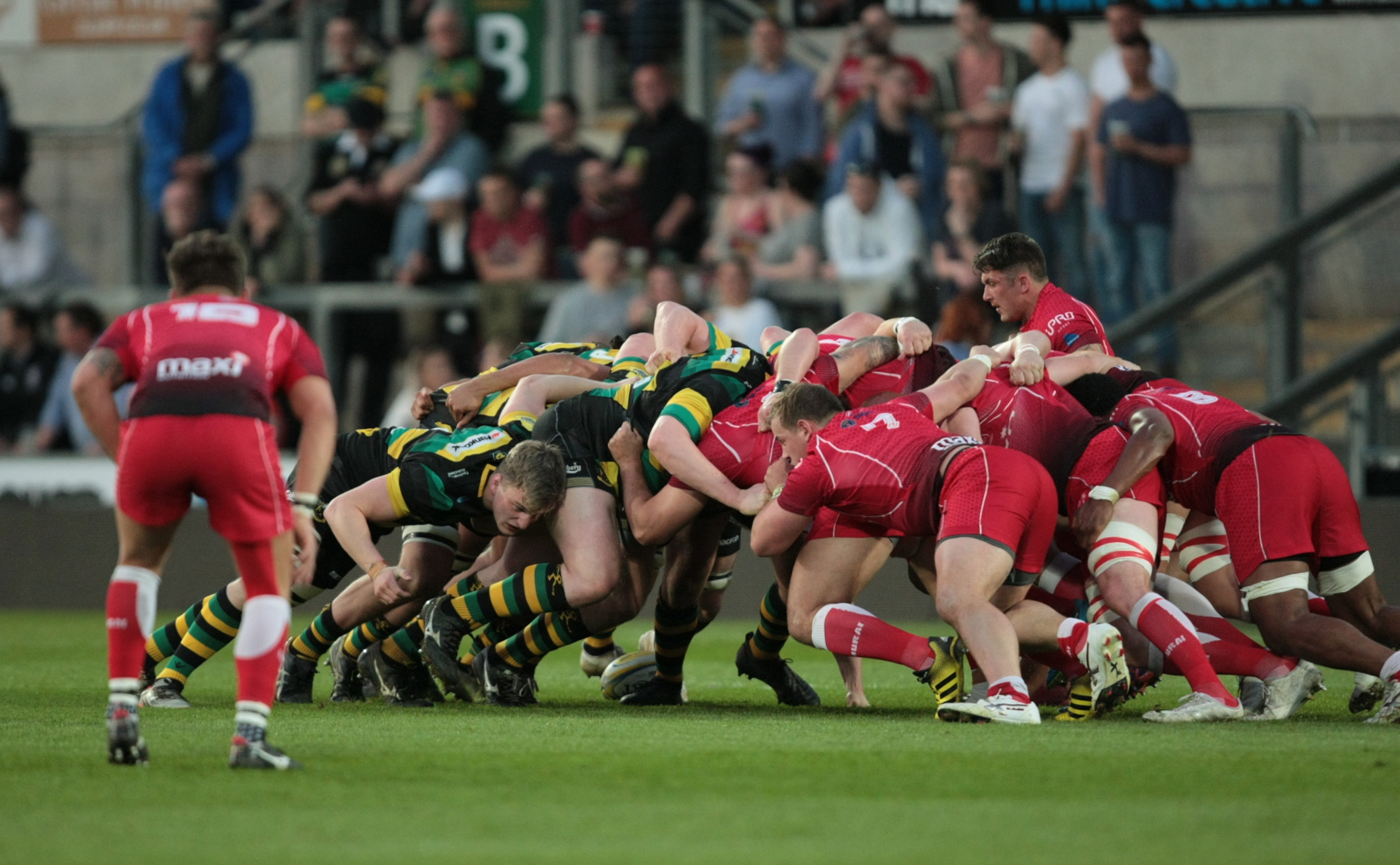 Wednesday evening sees the 2021/22 Army Senior Men’s team have their opportunity to contribute to one of rugby’s most historic legacies when they take on Northampton Saints in the 2022 Mobbs Memorial Match.

This year’s match takes place at Franklin’s Gardens (KO 1930hrs), a few days after the club commemorated the 100-year anniversary of the stadium’s war memorial. This is a tangible example of the close connections between Northampton Saints and the Army, with the names of past players who gave their lives in the service of their country in the First and Second World Wars.

The most recognisable name on the memorial is Edgar Mobbs, who was awarded a DSO for his actions in the Battle of Passchendaele, when he lost his life while storming a machine gun nest.

Mobbs already had hero status in Northampton, having been the first player from the club to have captained England, along with representing the East Midlands and Barbarians during his career.

But hero became legend following his death, and thousands of townspeople came out to witness the unveiling of the town’s own memorial to Mobbs, as well as the Franklin’s Gardens war memorial.

Historically the Mobbs Memorial Match had been played between the Barbarians and East Midlands, but in 2012 the British Army stepped up when called upon, facing Mobbs’s two clubs, Northampton and Bedford, on alternate years.

The Match raises funds to support youth rugby in the East Midlands, and attendees in previous years have been royally entertained, with the Saints giving opportunities to exciting talent including George Furbank, Rory Hutchinson and Lewis Ludlam – who have all gone on to become full internationals – as well as a host of future first team regulars.

With the 2022 Mobbs Memorial Match falling between the Army’s two Inter-Services Championship matches, Head Coach Capt Mal Roberts (RLC) says that it will play an important part in how the team prepares for Twickenham.

“The Mobbs Match is always special, not just because we get to play Premiership opposition but for what it represents to the military as well,” he commented.

“Edgar Mobbs is a legend of the game for what he achieved with Northampton and England, but every time you walk past the war memorial it is a reminder of the close links between rugby and the Army.

“I’m really glad that it is part of our calendar each year, and with this year’s match falling between our two Inter-Services matches we’ve got an opportunity to fine tune our processes from the win over the RAF, give some players the chance to show what they can do in a red shirt, and get ready for Twickenham in a few weeks.

“Saints have been playing some great rugby in the last few weeks and we know that Wednesday night is going to ask a lot of our fitness, how we respond to pressure, and test our resilience.

“I’m looking forward to it!”

Tickets for the 2022 Mobbs Memorial Match are available via www.northamptonsaints.co.uk/buytickets