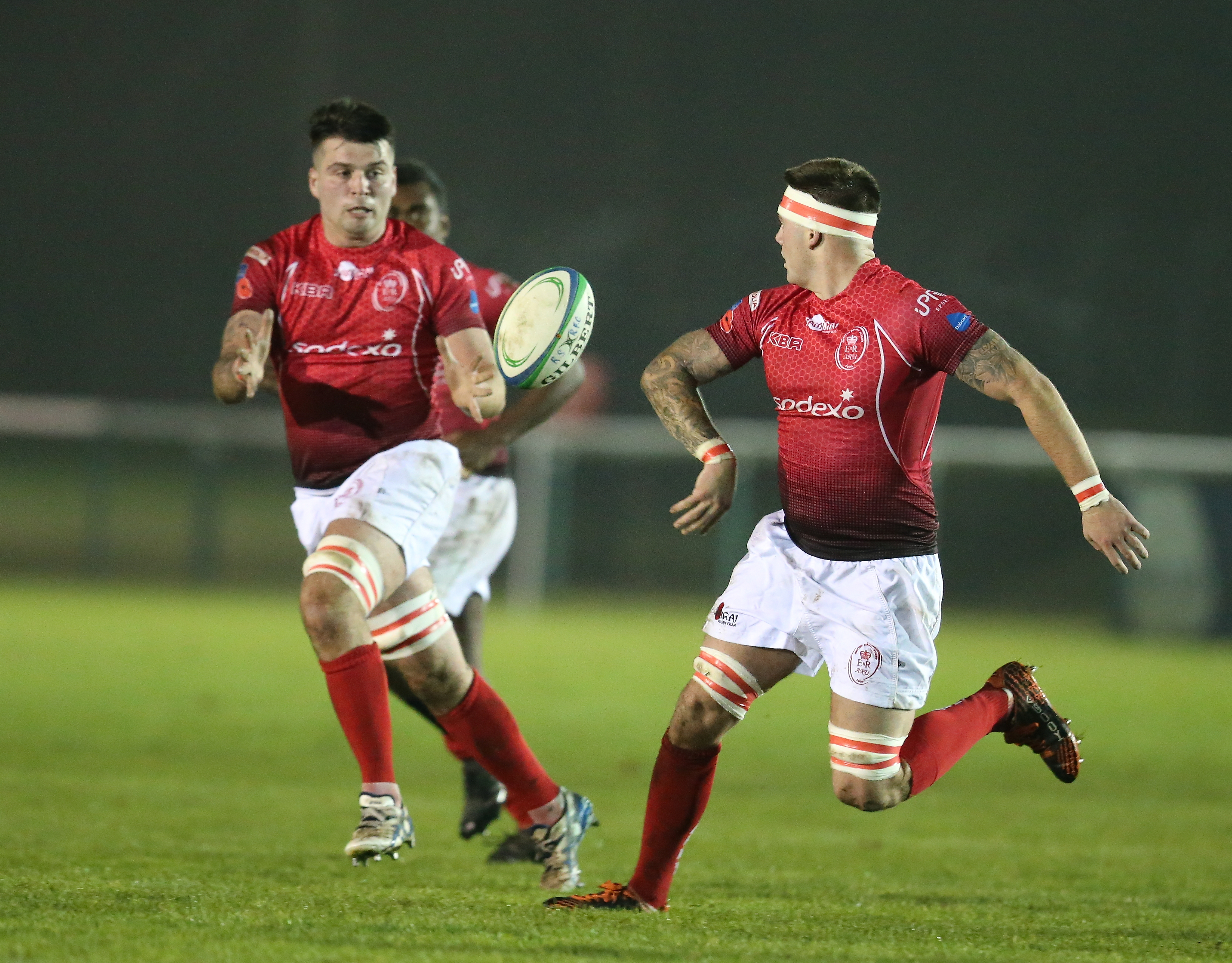 Game one of the Under 23s Inter Services Rugby Union Championship was hosted by the Army Rugby Union when they welcomed the Royal Air Force U23s to Aldershot.
Both teams had encouraging pre Championship ‘run ins’ and this was always going to be a testosterone charged affair. The sides young chargers were out to not only win but impress the senior Team coaching staff who were in attendance. Many of both senior Teams Inter Service Teams started out playing in this match in years gone by and there was certainly ‘some stars of the future’ on display. 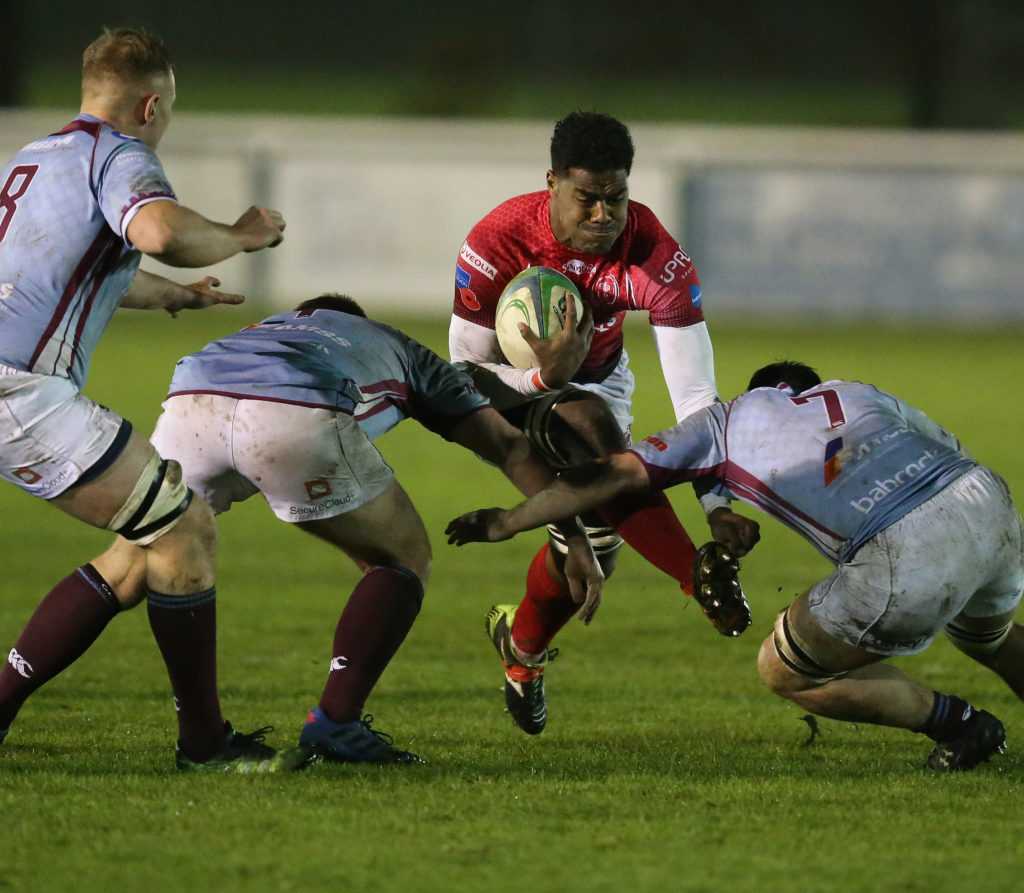 The Army were quickly 3 points down from an infringement in the ruck; the RAF clearly had a fly half that had accuracy and length to his boot; point to Team, don’t give away kickable penalties in your own half! The REDS then spent 25 minutes battering away at the RAF defensive line only for the final pass to be spilled on the ball lost in contact. The Light Blue line was strong and well-structured and after a period of relentless pressure broke out of their half and were awarded another kickable penalty in Army territory, 6 – 0 to the Light Blues and that’s how the first half ended. 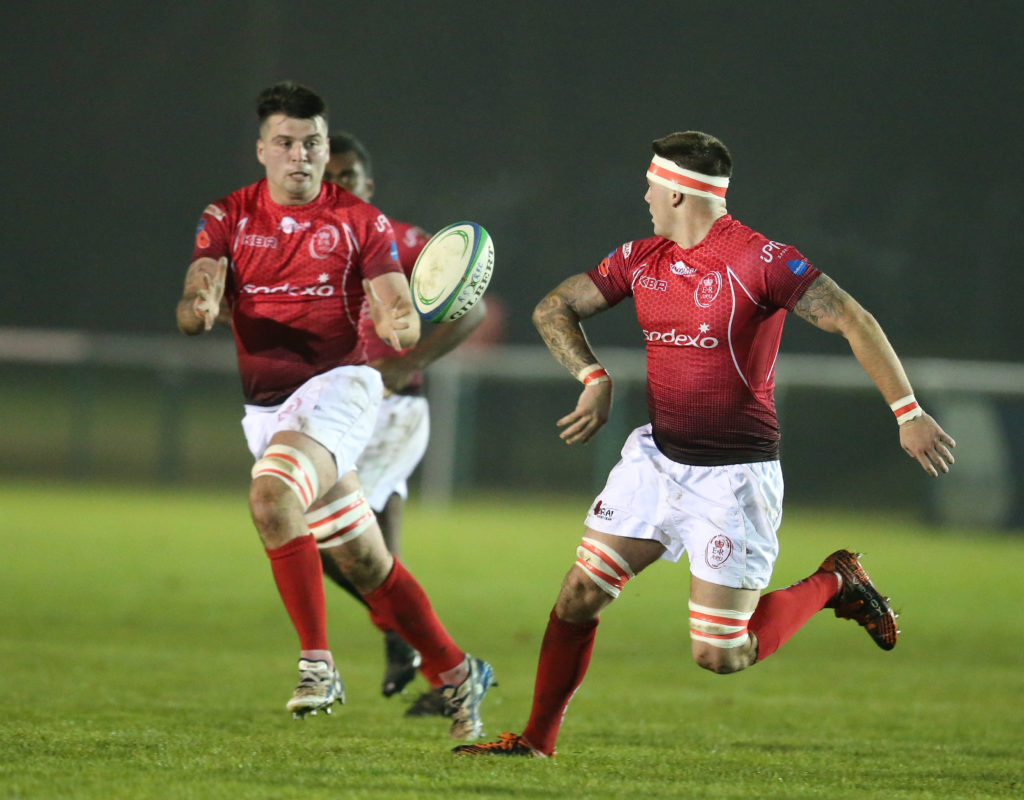 Sky Sports ‘percentage chart’ would have shown 85 % of possession to the RED Team but it was the Light Blue’s that were in front. The Army Coaching staff made some significant changes in the second half, Private Frank Boginisoko (a winger) went to number 8 and made much yardage into the RAF defence, Sapper Tom O’ Rourke made an immediate impression and linked well with Skipper Sapper Marcus Mercer in the centres; it was O’Rourke that eventually had the home supporters cheering the Army’s first points. Shortly after O’Rourke again crossed the line and it appeared the flood gates had opened when Fusilier James crossed for the Army’s third try, 19 – 6 with five minutes to go, the game was surely won. Clearly the RAF hadn’t read the script, they had not taken a backward step all night and very quickly from the restart produced a well worked score that was converted to take the match to one score with a minute to go. 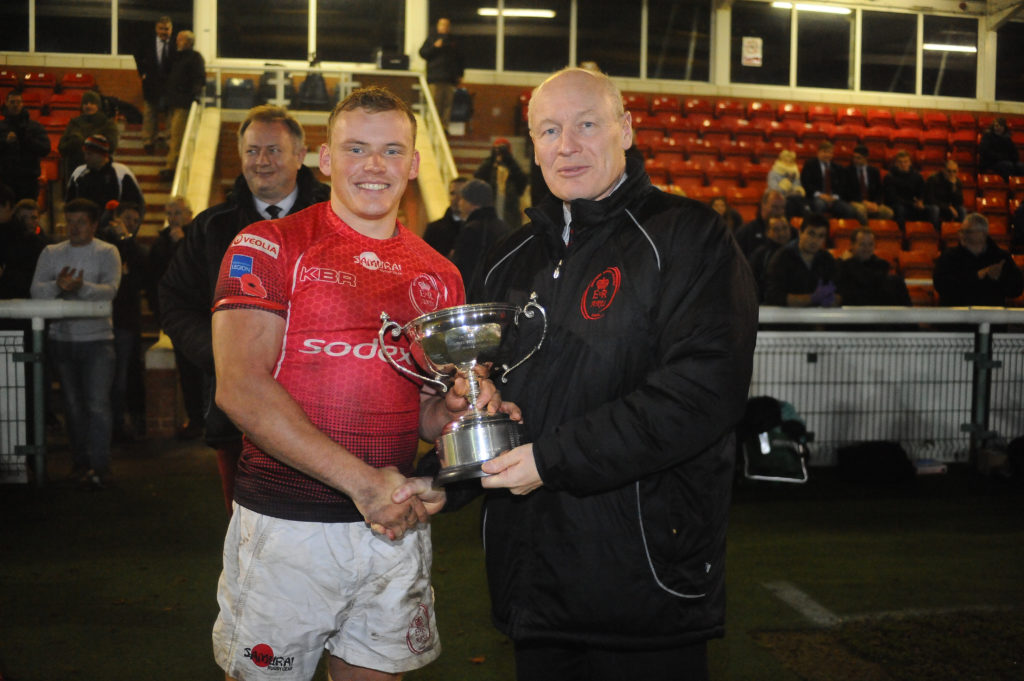 The RAF thought they could do it, the RED young chargers looked at each other nervously, and managed to hang on, full time in a full on Inter Service match. 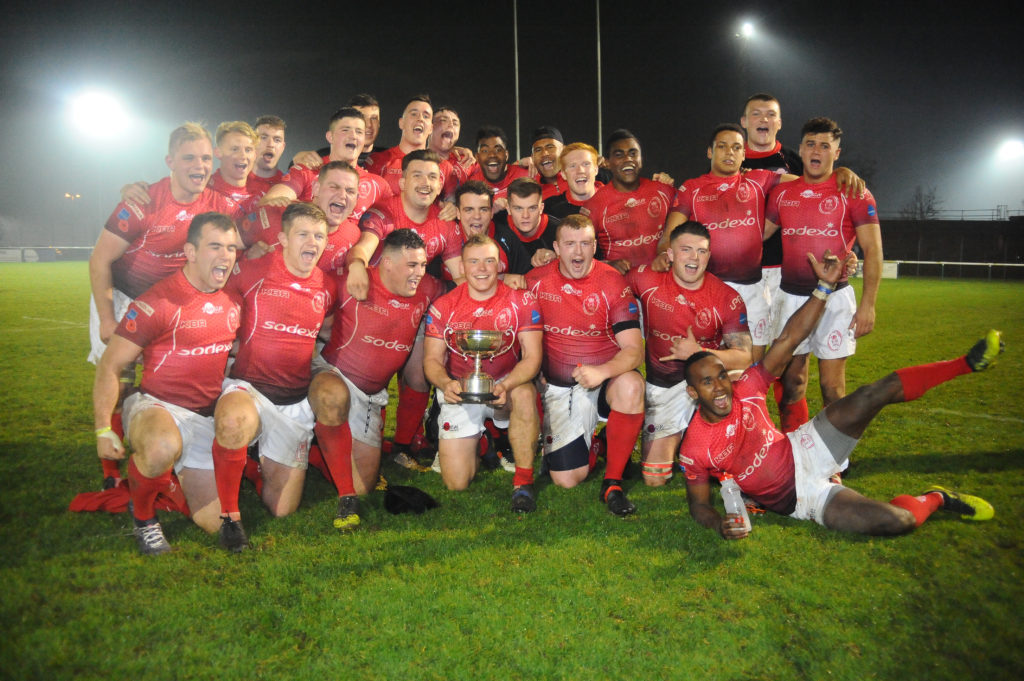 The Royal Air Force host the Royal Navy U23s at RAF Halton on Wed 22 Nov 17 and the Royal Navy then host the Army U23 at Burnaby Road Portsmouth on Wed 29 Nov 17. All to play for !
For more images please visit https://armyrugbyimages.com/product-category/u23-xv/2017-army-u23xv-v-raf-u23xv/