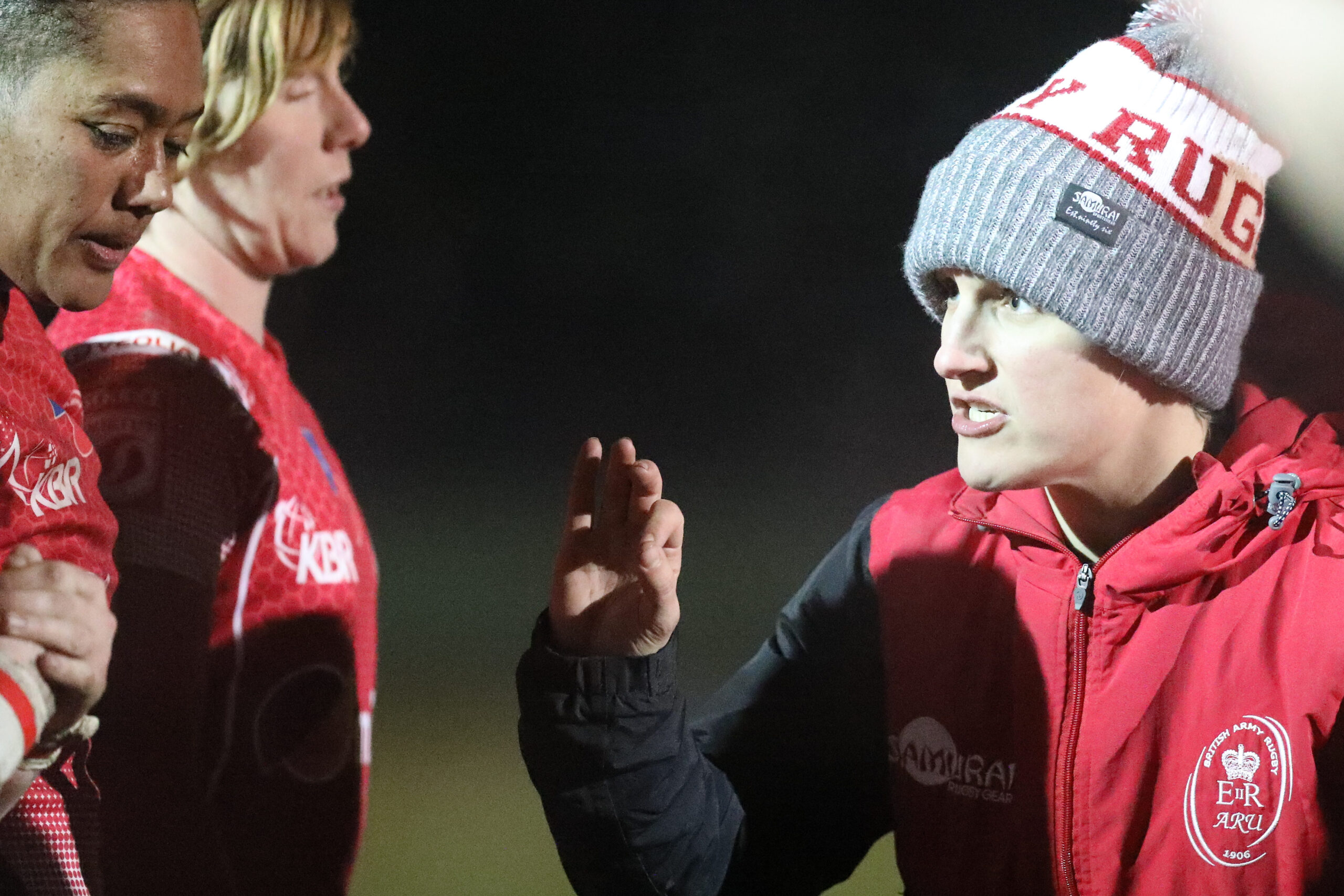 Army women getting set for a new start

The Army Women’s team is looking forward to a new season and a fresh start, according to Head Coach, Maj Gemma Stonebridge-Smith MBE (AGC (ETS)).

With trials for the 2021/22 squad just around the corner and the first planned fixture coming against the British Fire Service on November 18th, the Army Women are getting set for a full few months of action which will culminate in a campaign to regain the Inter-Services Championship title next spring.

With two years missed out of the representative rugby cycle the pandemic has been as frustrating for Maj Stonebridge-Smith as any other coach. But Army Women’s rugby has nevertheless been able to take a big step forward, with Bdr Bethan Dainton (RA) and Sgt Jade Mullen (AGC (SPS)) both winning the Premier 15s title with Harlequins – along with the now-retired Capt Alexandra Eddie (QARANC) – and Bdr Dainton joined by RA teammate Capt Gemma Rowland in the Wales Women team during the 2021 Six Nations.

With Sgt Mullen following up her Sevens caps for Wales in the summer with selection into the Autumn Internationals squad, and a good proportion of the UKAF team which beat French Forces having come from red shirt ranks, Maj Stonebridge-Smith says that the foundations are there to build a good team.

“It was great to have Bethan and Jade in the Harlequins squad, and to have so many of the girls playing at Premiership level brings an element of professionalism into the game,” she says. “You hit a critical mass that brings a culture of being a professional athlete, and then other people get sucked into that, which is great in terms of professionalising Service rugby. 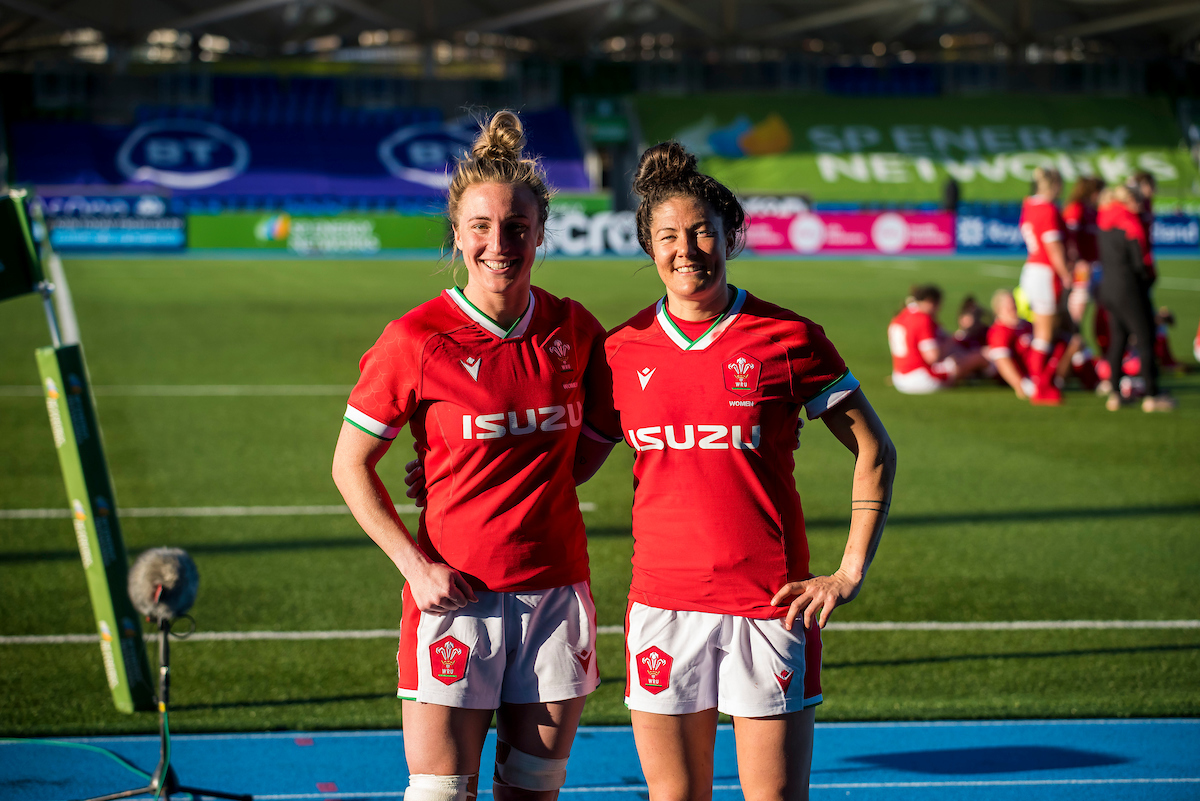 Bethan and Gemma representing Wales v Scotland in the 2021 6 Nations.

“The UKAF game was a fantastic game of rugby to reopen Services rugby. Individually they are quality players, but the way they played together after a couple of days really demonstrates where women’s rugby has got to, where they can be plucked out of club teams, be dropped into that environment and given a game plan and structure.

“We’re in a really good place. I’m excited to get back. We have lost a couple of players, but on the flipside we know we’ve recruited into the Army some people with playing pedigree, so it’s very much a case now of seeing where we are and then go from there and see where we can get to.” 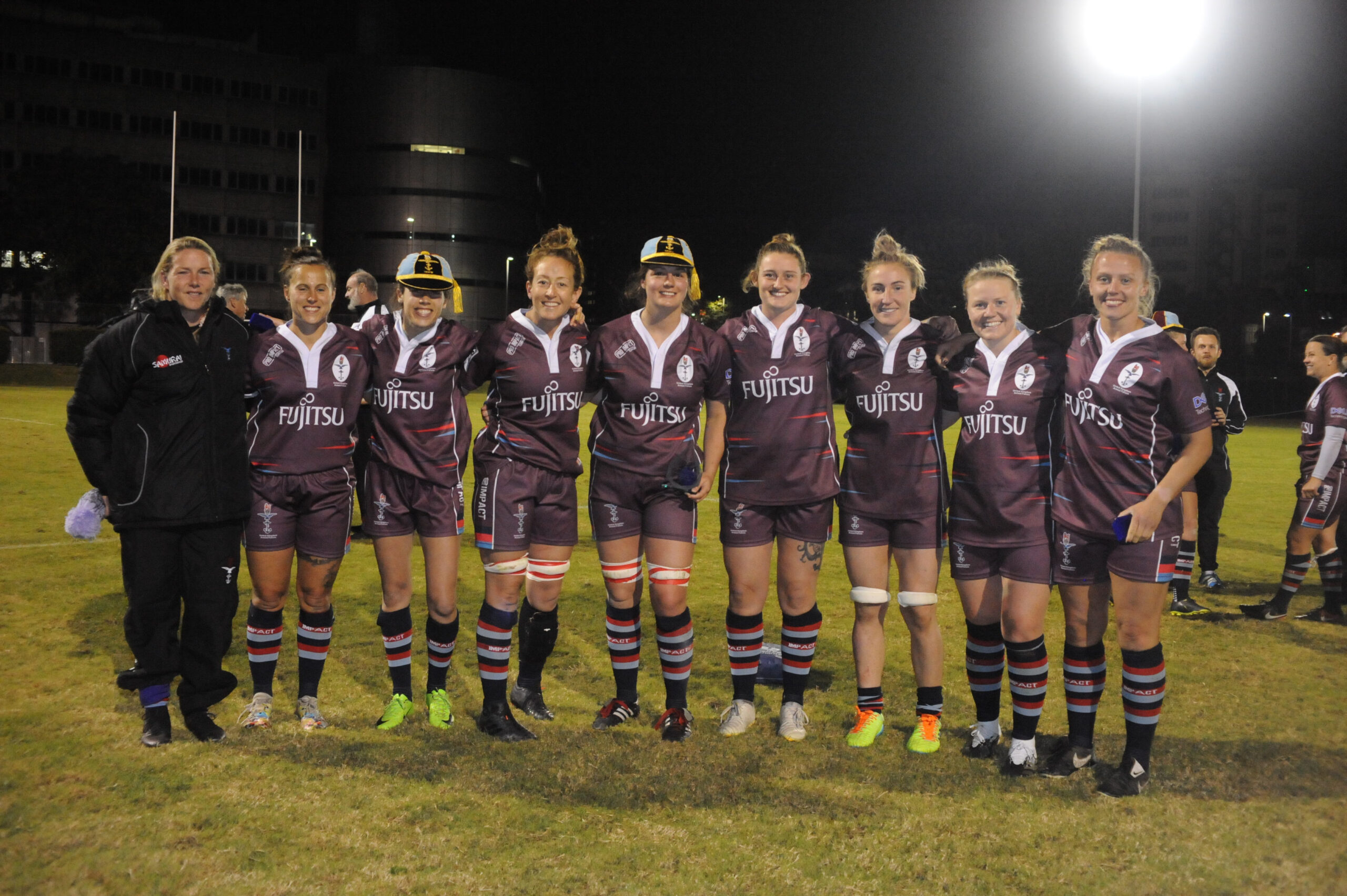 Maj Stonebridge-Smith says that the challenge throughout the pandemic was as much related to the potential of mental fatigue among players at a time when they were having to balance work, home and other life needs. But rugby also played an important part of giving players the opportunity to be their own support group, too.

“It provided people with another outlet of having other Service people outside your immediate chain of command with something in common, so you can start the conversation about rugby and then talk about your personal circumstances among like-minded people.”

The pandemic break has seen two significant developments for the Women’s team – the practical changes in the Laws being played, and the launch of the new Garrison Super 6, intended to give more women the opportunity to play rugby. This latter initiative has been wholeheartedly welcomed by Maj Stonebridge-Smith.

“The principle behind it is great,” she says. “I found myself trying to get something up and running for women at Larkhill with the secretary of Gunner rugby, Col Simon, going to the pitch and see who turned up. We had about 10 or 11 girls, some completely new to rugby, and some who had played rugby historically but didn’t know Corps level existed. It was really fun and because it wasn’t built around needing to play you could really focus on those core skills.

“I contacted the ARU about what we were doing, who told me that Marc Wilding was about to launch this Garrison Series. I think it’s a really positive step for people to be able to go and pick up a rugby ball and hopefully we’ll start to see more players come through that route.” 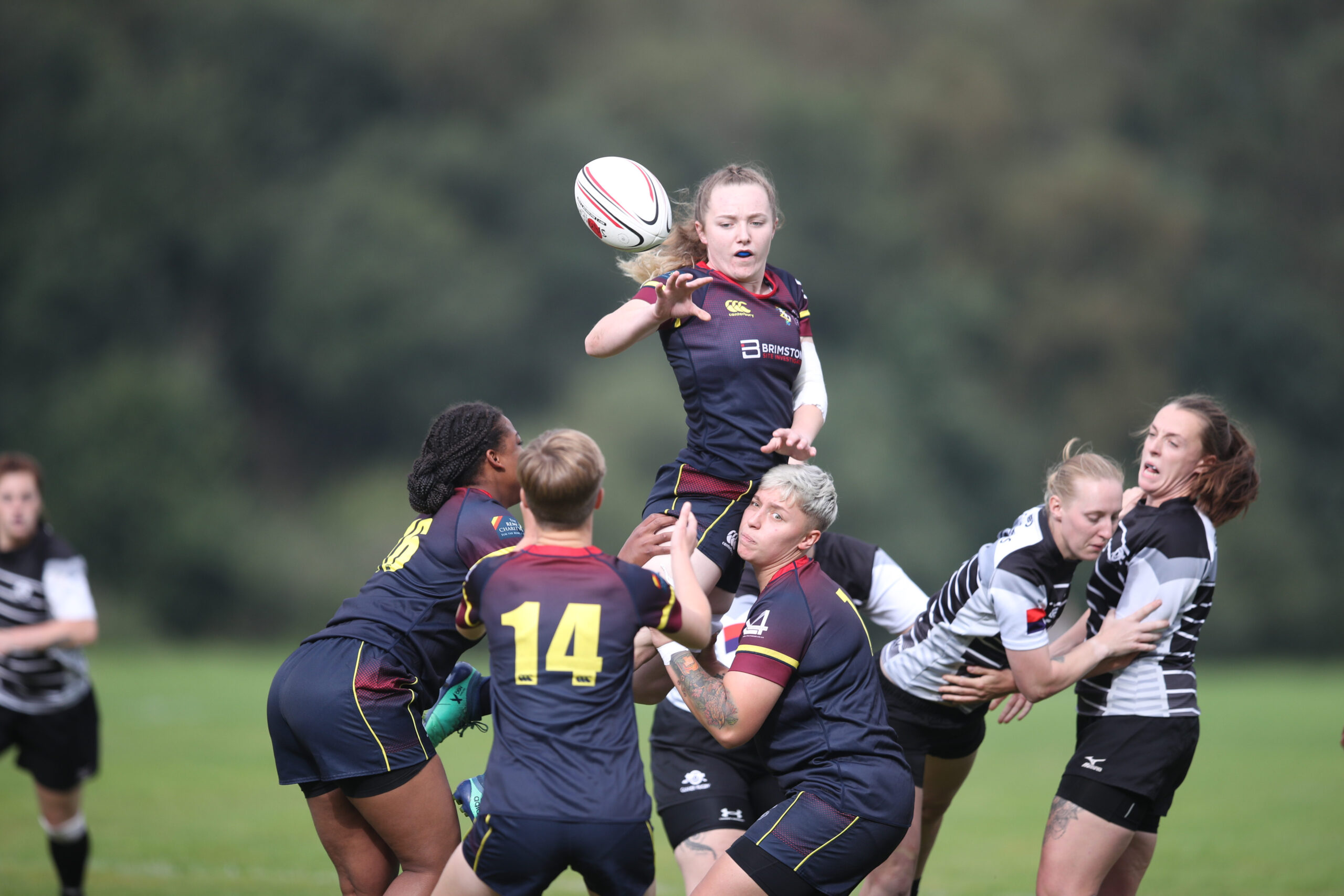 Meanwhile there is the help of international referee Capt Nikki O’Donnell (QARANC) to help bed in the new Laws to the squad.

“Nikki has always been a friend of the women’s team, having started off life as a as a player in the women’s squad,” says Maj Stonebridge-Smith. “Nikki’s expertise and the Army Rugby Referees Society at large is going to be vital. From camp one we’ll be looking at the Law variations, how can we use some of them to our advantage in the skill sets that we’ve got in the squad, and also how are we going to change our playing style.” 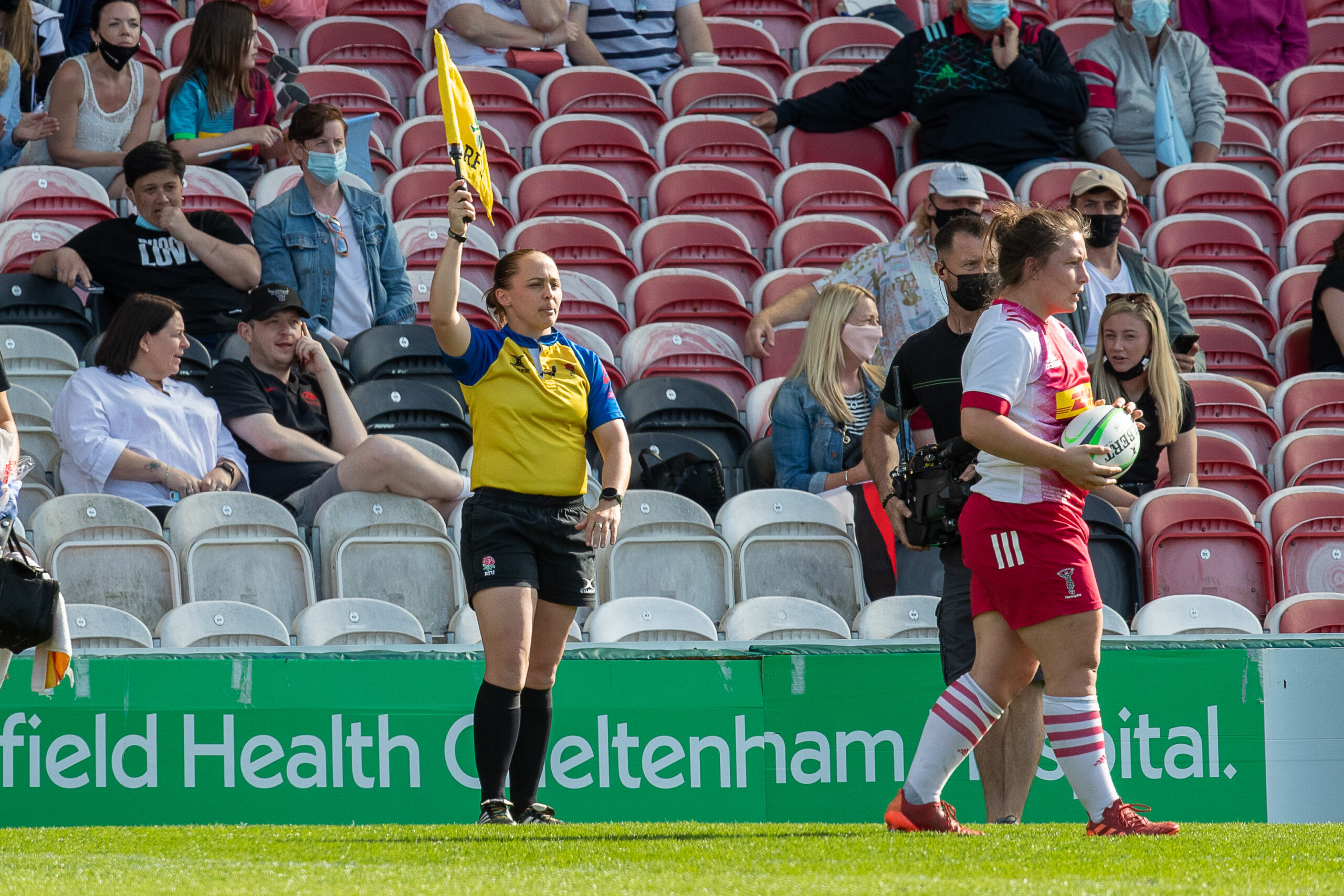 Nikki officiating at the 2020/21 Premier 15s Final at Kingsholm.

The sizeable number of women playing in the Premier 15s and international stage, along with the launch of the new Garrison concept, has helped to boost the profile of Women’s rugby within the Army, with Maj Stonebridge-Smith adding that the team can play a bigger role in a wider context, too.

“Even in my day job people are really starting to see the benefit of how you can use a team like the Army Women’s rugby team to achieve wider effects, such as when we’re playing international teams or a good credible side, you can invite local schools to come and watch that game.

“This is great for the wider engagement of women’s rugby because it’s a good level of rugby and it’s great for the Army from an engagement perspective. Having female athletes who happen to also be in the Army be more visible I think is great and there is definitely an appetite for it.

“People are starting to see the value in that regard as well. I sit on an Advisory Board for the local high school as a military representative, and asked the head teacher if they had a girls rugby programme, and if I ran an after-school club in an ARU coaching jacket that’s no bad thing.”

Although she is mindful of the bigger picture for Women’s rugby, Maj Stonebridge-Smith is also well aware of the immediate challenge, which means spending the next few months getting the team ready to get revenge over the RAF, who ended the Army’s run of Inter-Services dominance in 2019.

“We’ve definitely got a point to prove. What was frustrating before the pandemic was that we were absolutely where we wanted to be in terms of our performance in the March when we played Exeter Chiefs. There was a lot of confidence in that squad and the players were ready to go back and take back the Championship title. 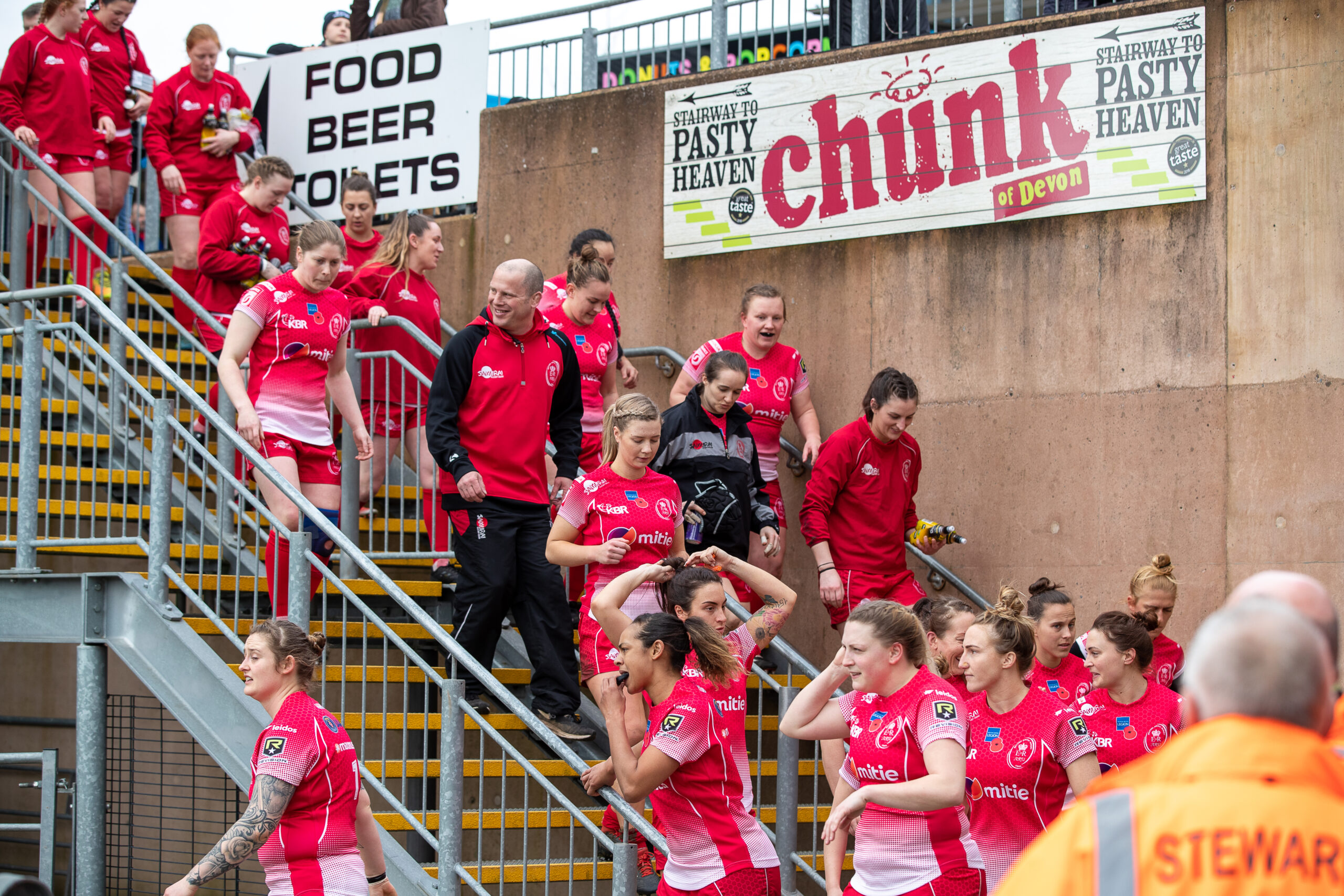 The Army Women’s squad were building momentum nicely ahead of the planned 2020 Inter Service Championship which was unfortunately but understandably cancelled due to the Covid-19 pandemic.

“We’ve got the trials in early November and will select 30 players for our senior performance squad which will be aimed at Inter-Services, and about 30 players for our development team, which will very much be about that preparing for years two and three and getting more girls playing more rugby at a higher level in a red shirt.

“At the end of the day this is about our processes and systems and whatever happens in Inter-Services is way down the line. Let’s just get girls back enjoying playing rugby. Ultimately, it’s a sport that we all love and it brings so much into people’s lives. The sooner we get going the better.”

Head to https://www.armyrugbyunion.org.uk/teams/womens/ for more details about the Women’s team fixtures in 2021/22.