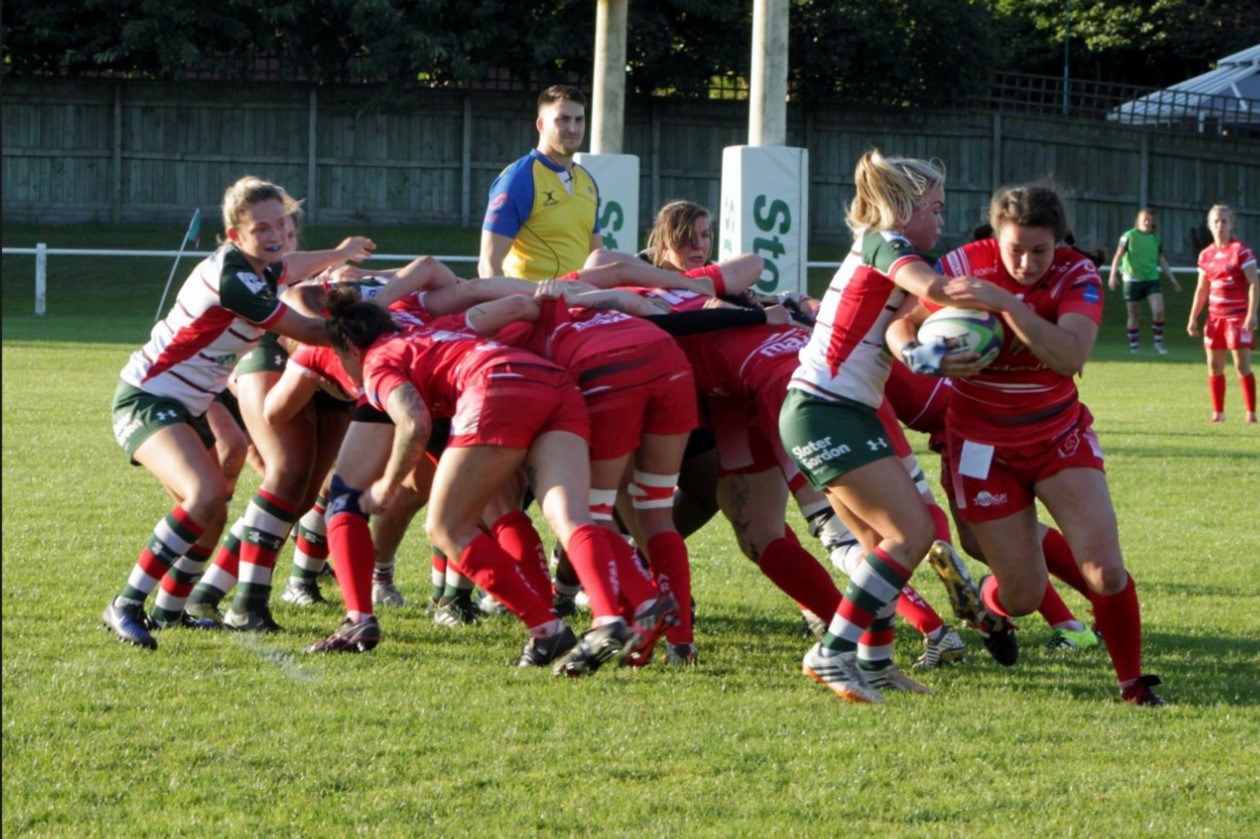 The Army Women started their 2017 / 18 season with a trip “Up North” to play the new RFU Women’s Super League Team, Firwood Waterloo. The Army Women’s Head Coach, Captain Glyn Barraclough selected a team full of new players, hoping to spot talent for the long season ahead.
Firwood Waterloo were last year’s outright Championship winners and since being promoted to the top flight have recruited a host of the best players in the North West. Their big pack and quick backs were certainly going to be a challenge for the Reds. 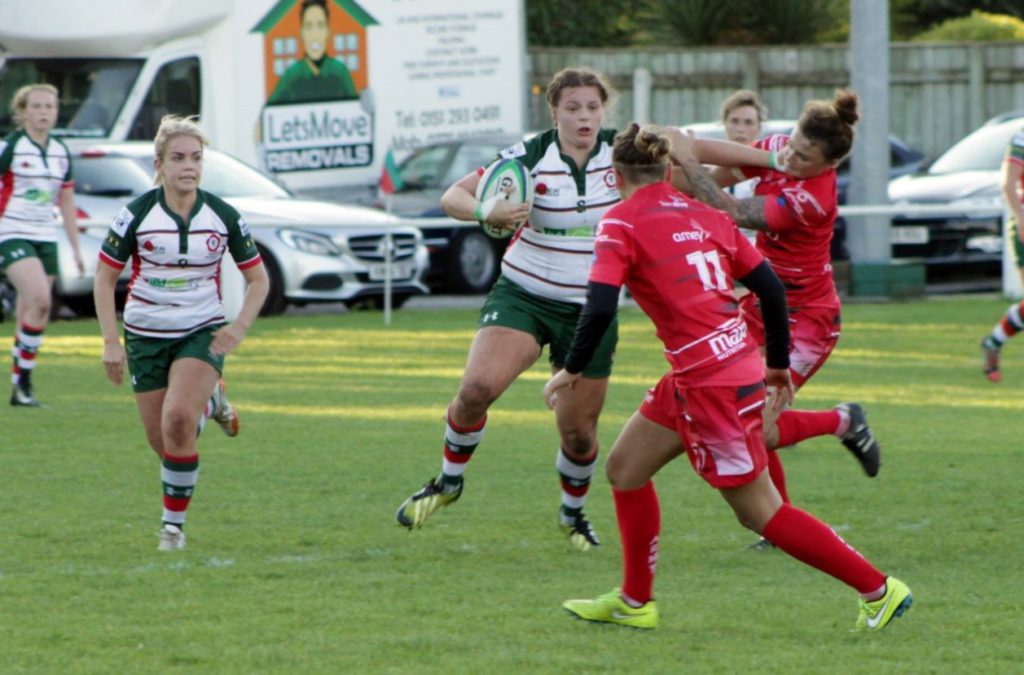 Firwood Waterloo took the lead in the 17th minute when their full-back used her pace to round the Army defence and score under the sticks after a very strong scrum and a set backs move. The conversion was good. 7 – 0
For the remainder of the first half the Army looked comfortable with much of the possession and some strong inter-play between backs and forwards. At the stroke of half time, the Army built a huge amount of pressure through their forwards and were camped in the Waterloo 22. With the defence finally over-stretched the ball went wide and LCpl Heidi Silcox RAMC was able to go over in the corner. 7 – 5.
After the break Waterloo came out firing and scored a try in the first five minutes of the half; once again through a backs move straight from the training paddock, which saw their wing cross the whitewash in the corner. 12 – 5. 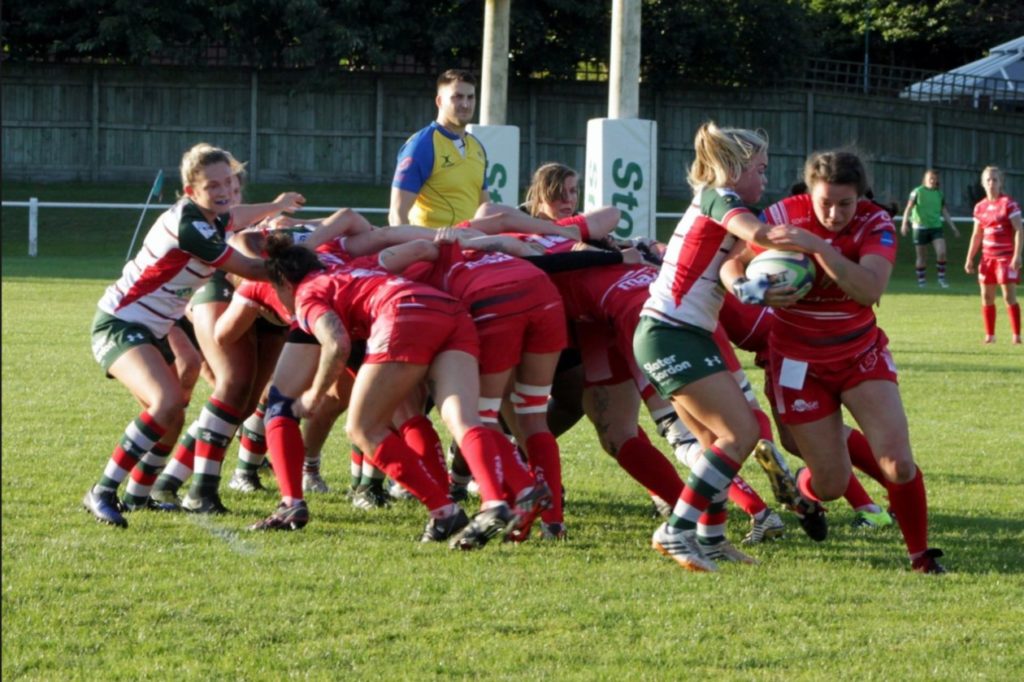 The Army responded well and put the Waterloo defence under the cosh for the next 10 minutes, eventually winning a penalty 10 yards out. A quick tap to Sgt Rae Matters REME saw her through the initial line of defence, before she delivered a perfectly timed offload to Cpl Sarah Batley AGC(RMP), who ran in under the posts unchallenged. Skipper, Capt Gemma Rowland RA added the extras. 12 – 12.
The game ebbed and flowed with both teams attacking and defending with gusto until the 57th minute when the Waterloo wing got the ball in broken play and used her substantial speed to score in the corner. 17 – 12. 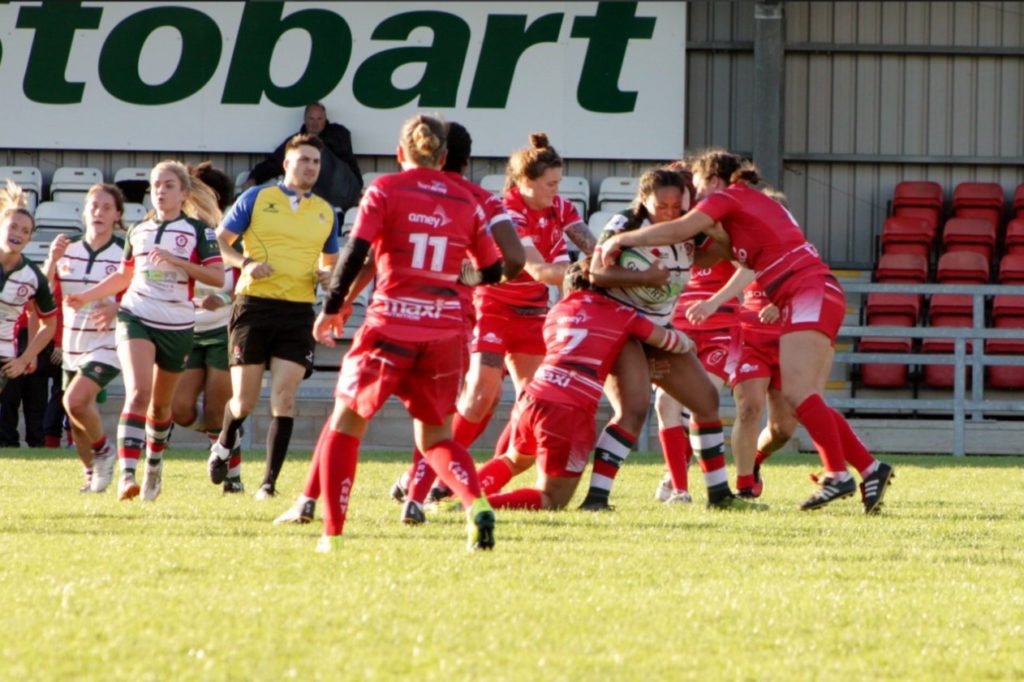 On the 64th minute a yellow card was awarded to one of the Army Team and Waterloo took full advantage, upping the tempo and scoring 2 further tries while the Reds were down to 14, taking the score to 29 – 12. That was the final score of what was a bruising encounter. Both teams were able to take a great deal from the fixture, with the Army seeing a host of new talent in a red shirt.
The Army Women next play in a double header on Saturday 14 October at Queen’s Avenue; with the Development side playing the British Police at 1330, before the Senior XV take on South Africa at 1600.
Photos by James Perrin – follows James on Twitter @bigpez63
More images can be viewed at the following link; https://onedrive.live.com/?authkey=%21AHYUuPzzGTP4HVc&id=3AB344BC18E7BFA2%21177334&cid=3AB344BC18E7BFA2