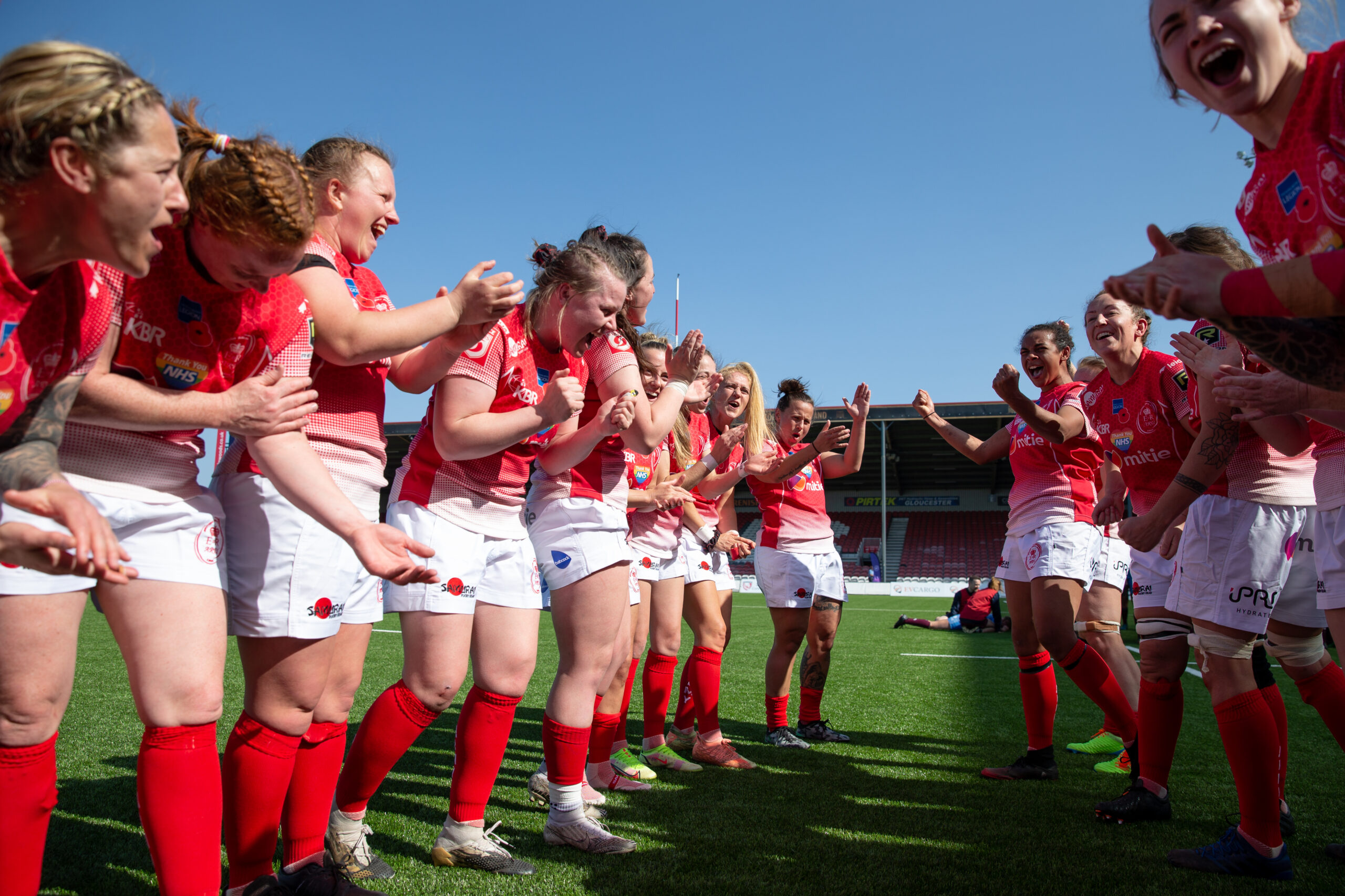 By Kimberley FowkeMarch 29, 2022No Comments

Army Women’s Senior Head Coach Maj Gemma Stonebridge-Smith MBE (AGC (ETS)) says that the Inter-Services Championship win over the RAF was based on the team’s composure and mindset.

While the eventual 14-point winning margin might have pointed towards a comfortable afternoon for the Women, team had to respond to a sizeable shift in momentum during a third quarter in which the RAF fought back from 12-nil down to reduce the deficit to just two points. 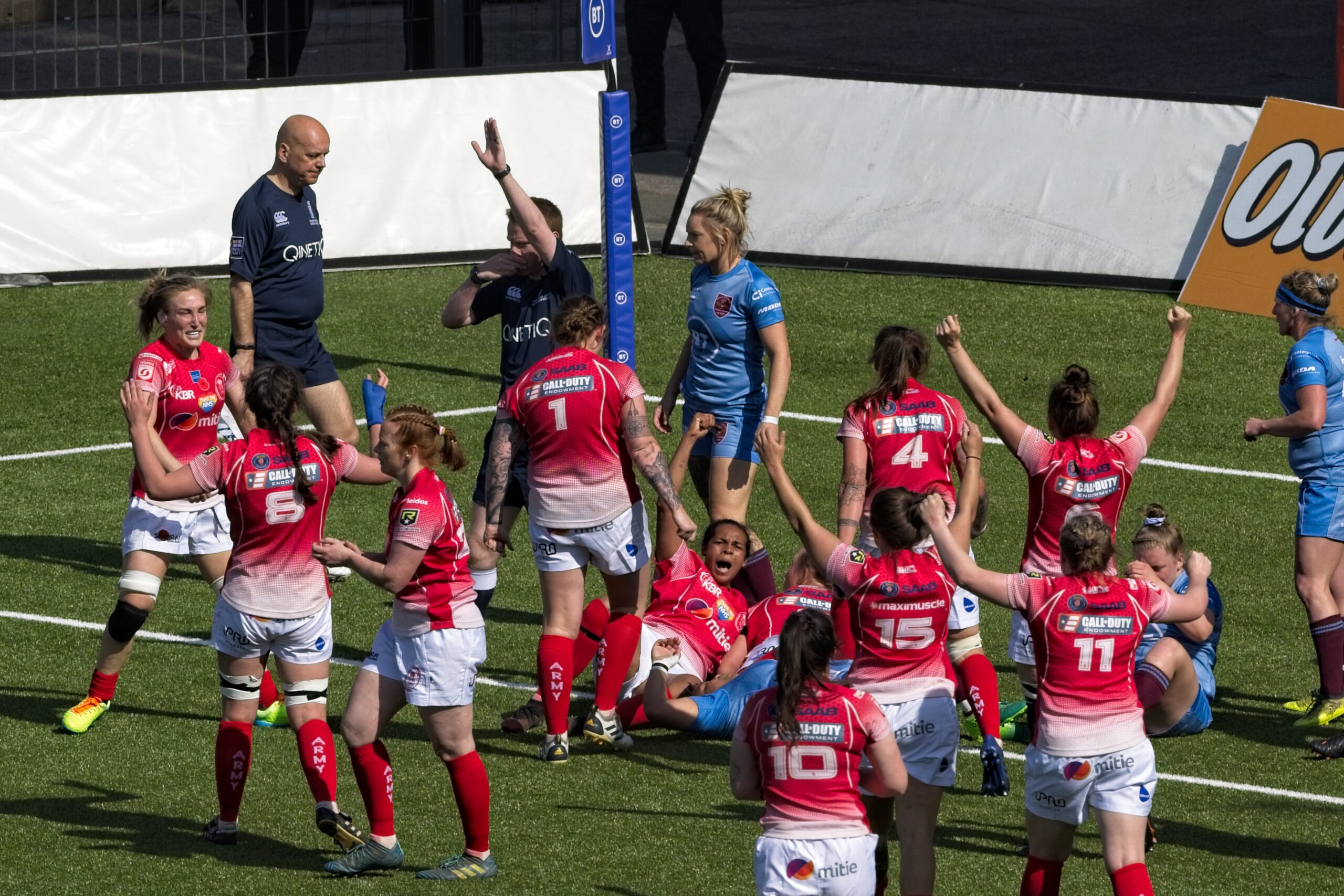 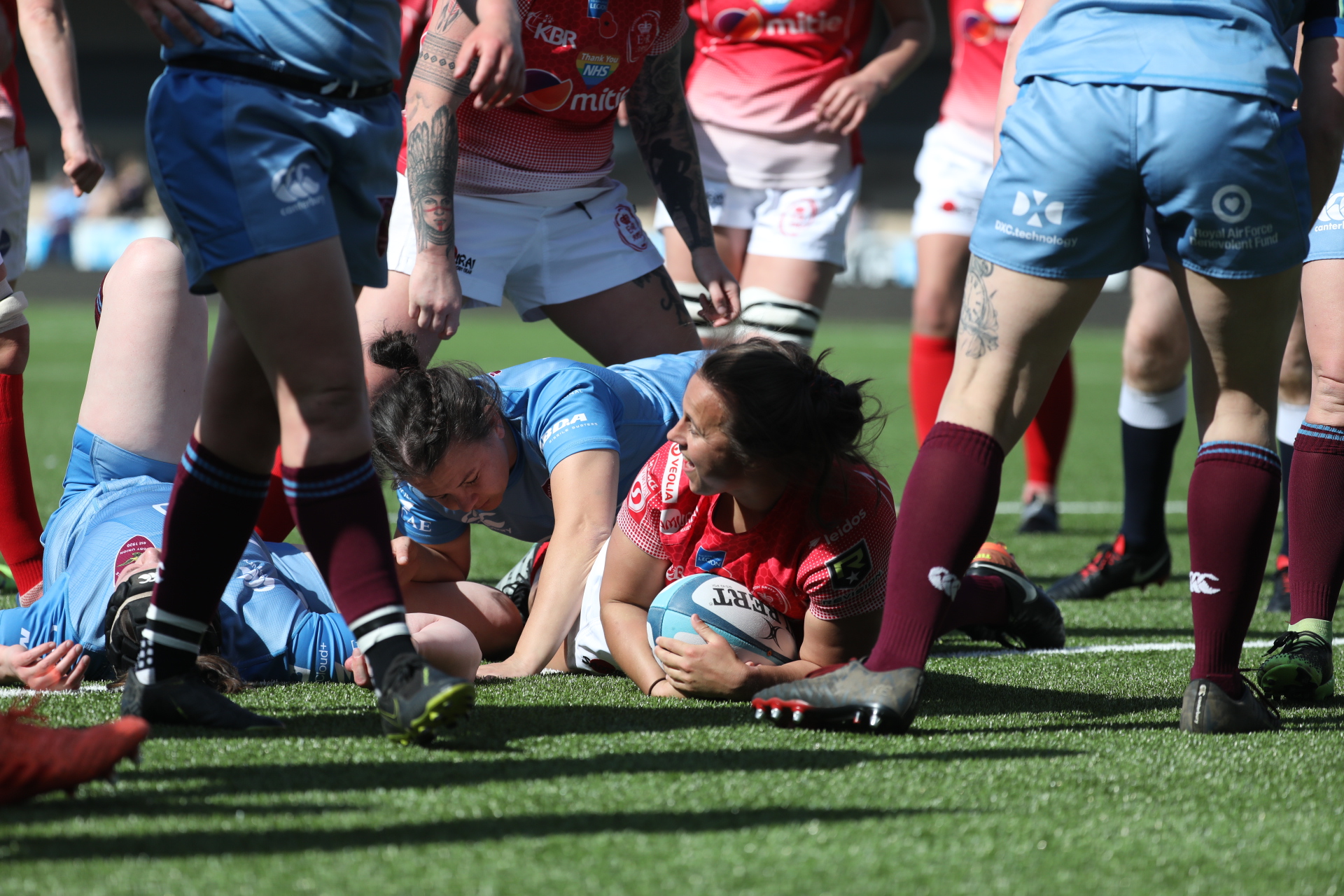 “Our girls did themselves justice,” the Head Coach commented. “We weren’t perfect but we demonstrated our composure, the work we’ve been doing on mindset – we regained our structure after letting the RAF back into the game in the second half – and that’s testament to the quality of the girls in the team.

“Momentum always does swing. We allowed ourselves to get a bit narrow in our defence, and that allowed the RAF to squeeze back in after half-time.

“The girls did some really great work and the new caps – Courtney and Amy Carr in particular as first caps – showed resilience and we showed some nerves. They have a lot of confidence on and off the pitch, but they maintain a level of composure with that.

“They linked up really well for the first tries, and for a prop to hold their line and release that pace is testament to the philosophy that we’ve tried to bring in that they’re all rugby players.” 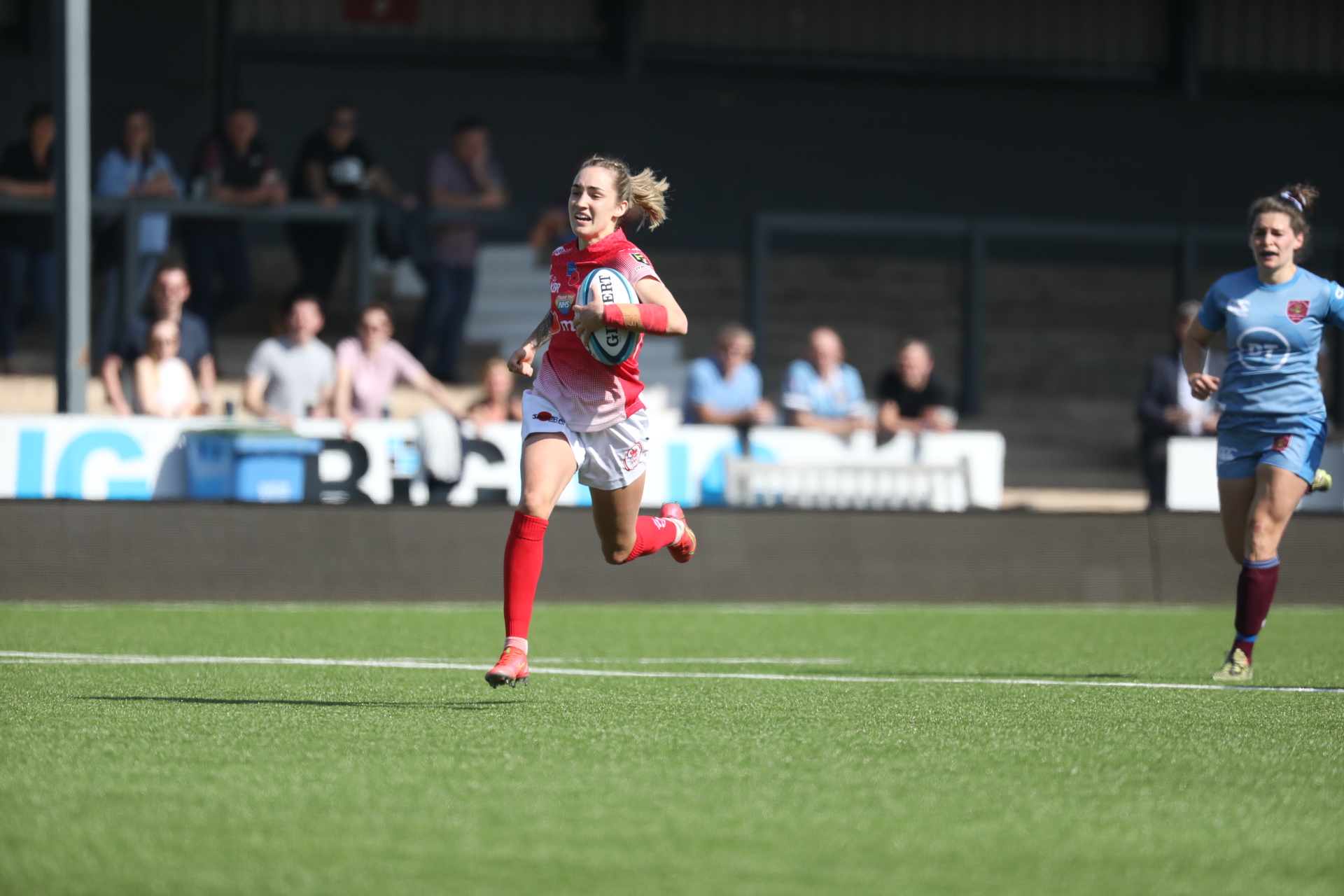 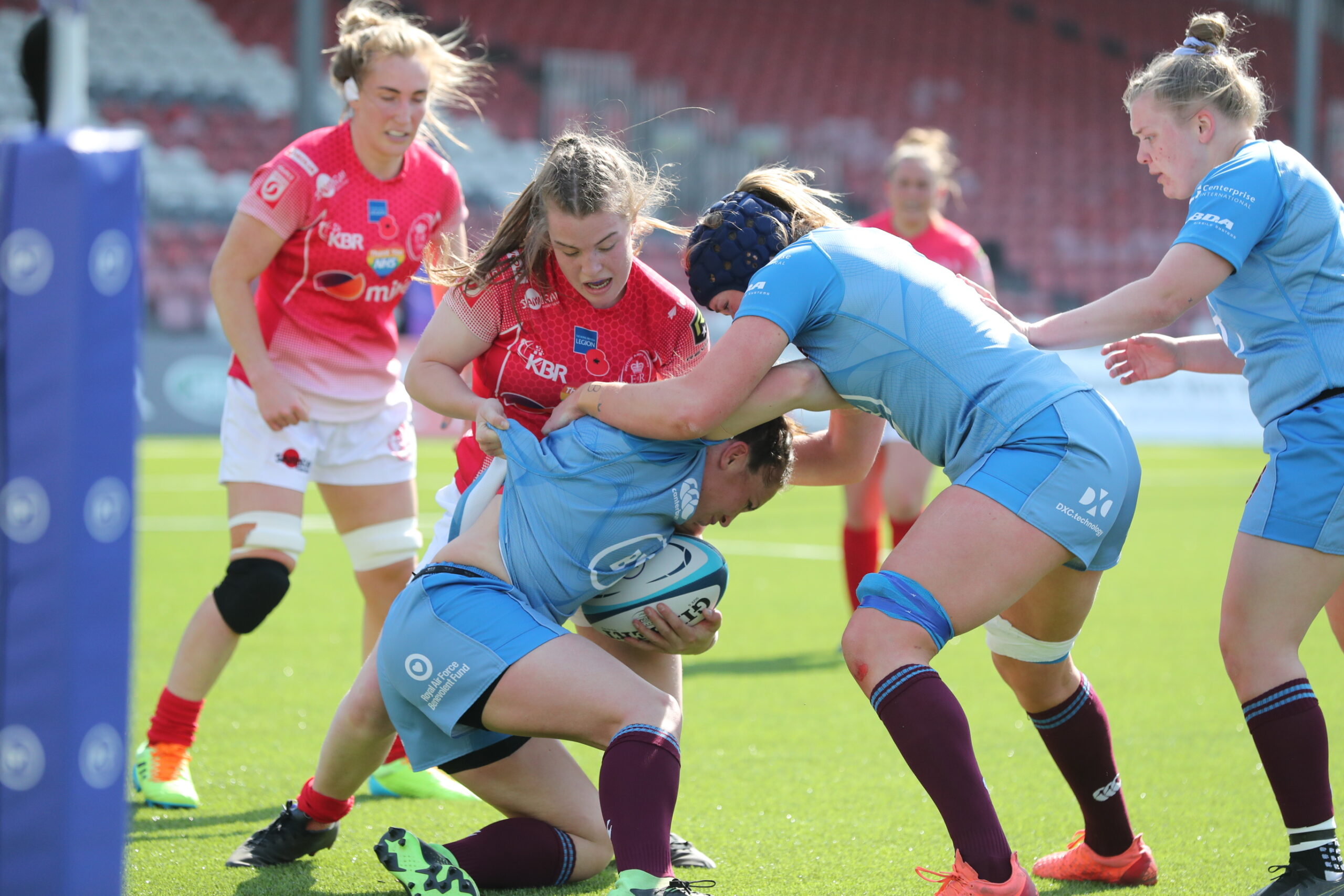 The Army’s all court approach was apparent throughout the game, and Maj Stonebridge-Smith says that it has been a long time in coming.

“We tried in 2019 to build this style of play and didn’t quite make it then,” she commented. “But against the RAF the girls showed some quality rugby.

“You saw that in the second half as well with players stepping into different positions. On the whole I was really impressed with the ‘total rugby’ philosophy and the skills that we showed.

“We wanted to come out of the blocks and play rugby from the start and for 80 minutes. The first dropped ball from the kick off could have unnerved us, but it didn’t, and we kept our shape, trusted our processes and played some good rugby.”

The Army will head to Twickenham for a first ever match at the home of England rugby at the end of April. Before then is a planned friendly against Richmond, so while there are a few weeks to go until the Inter-Services Championship’s showpiece occasion there is no time to relax.

“We’re really trying to focus on us and our performance,” Maj Stonebridge-Smith said. “We’ve got another fixture before the Navy game against Richmond, where we hope to fix some of the things we need to put right, and then on to the big game at Twickenham.”