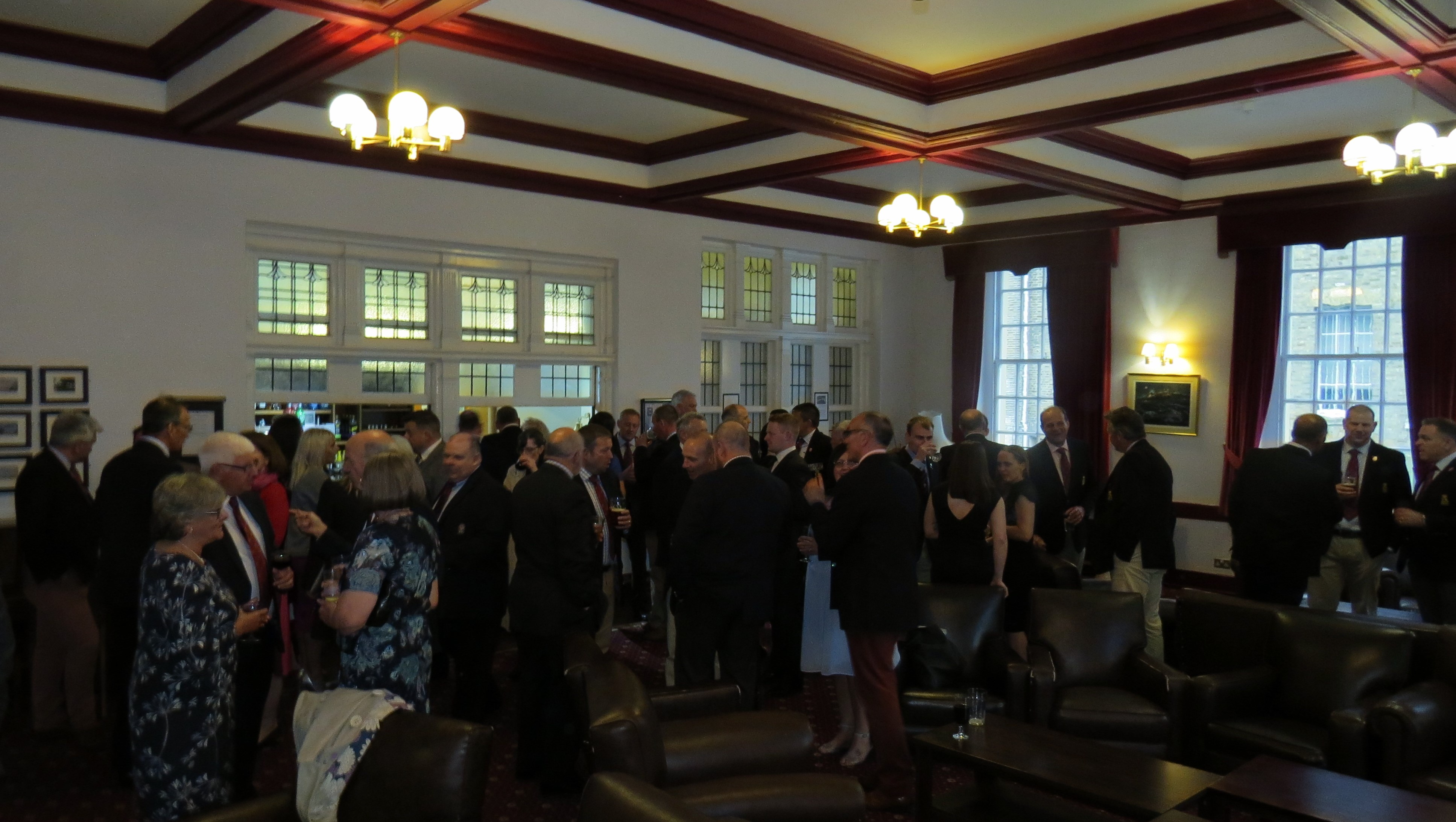 ARURS held its 53rd Annual Dinner in The Indian Army Memorial Room of RMA Sandhurst on the eve of the Army vs. Navy fixture. Former Team GB badminton mixed-doubles World Champion and Olympic silver medallist Gail Emms MBE was the guest of honour and after dinner entertained members of the Society and their guests with amusing tales of her journey to Olympic success and some of the (not so) subtle methods she employed to influence and win over Referees.

The Society’s Chairman, Lt Col Gary McDade gave a short review of the season in which he recognised and congratulated the outstanding achievement of two ARURS members, Iain Kiy and Nikki O’Donnell on their selection to the 2019/20 National Panel before thanking the Society’s principal guests for the evening, Ian and Allyson Robinson from Marshall Aerospace and Defence Group, for the company’s generous shirt sponsorship for next season. The evening culminated with the presentation of the Society’s awards for the 18/19 season: New Referee of the Season was awarded to Jack Kingman, who regrettably in true SPOTY tradition wasn’t at the Dinner to collect his award but who no doubt has a promising future with the Society; Martin Bentley was rewarded for the huge amount of work he has done for the society this year with the ARURS Award for Commitment before the Chairman then presented Nikki O’Donnell with her award of ARURS Referee of the Season. Huge congratulations to all three award winners. Members and their guests then retired to the bar to swap BBC Question of Sport and Radio 5 Live Fighting Talk anecdotes with Gail and take selfies with her Gold and Silver medals. 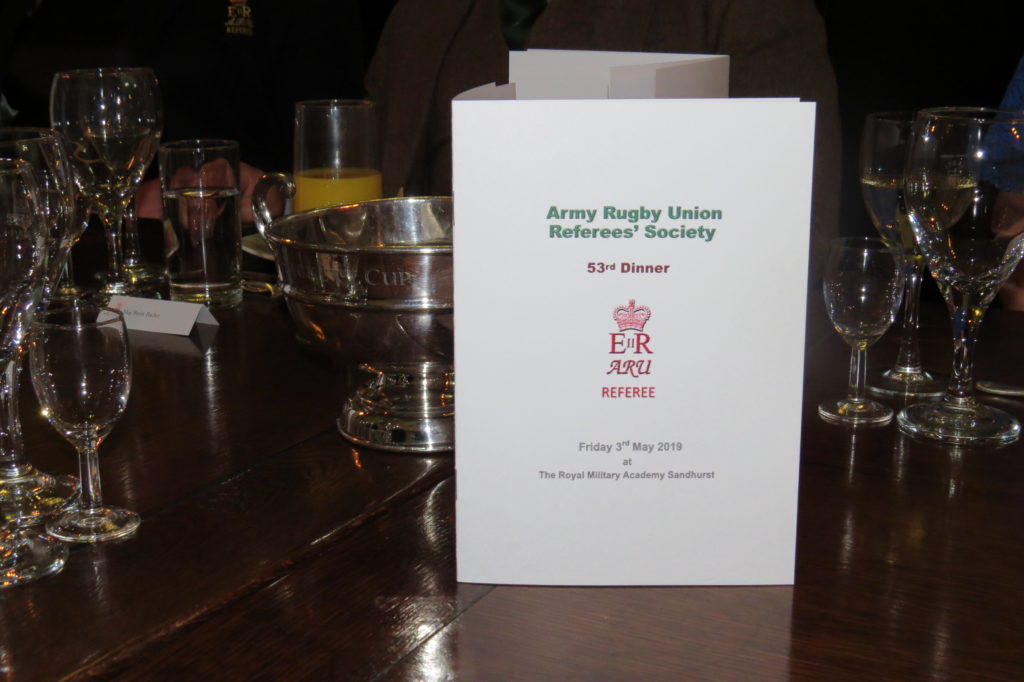 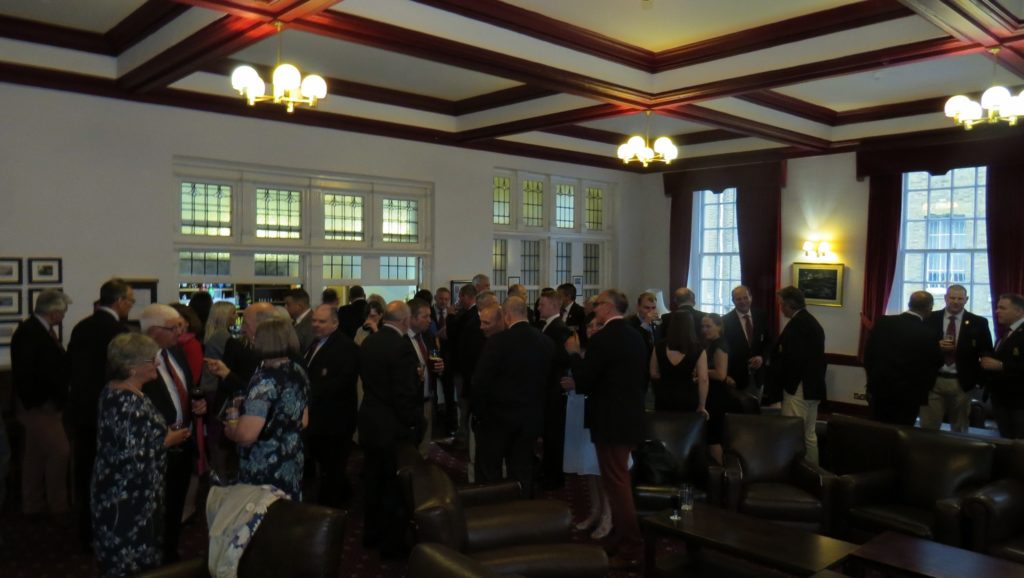 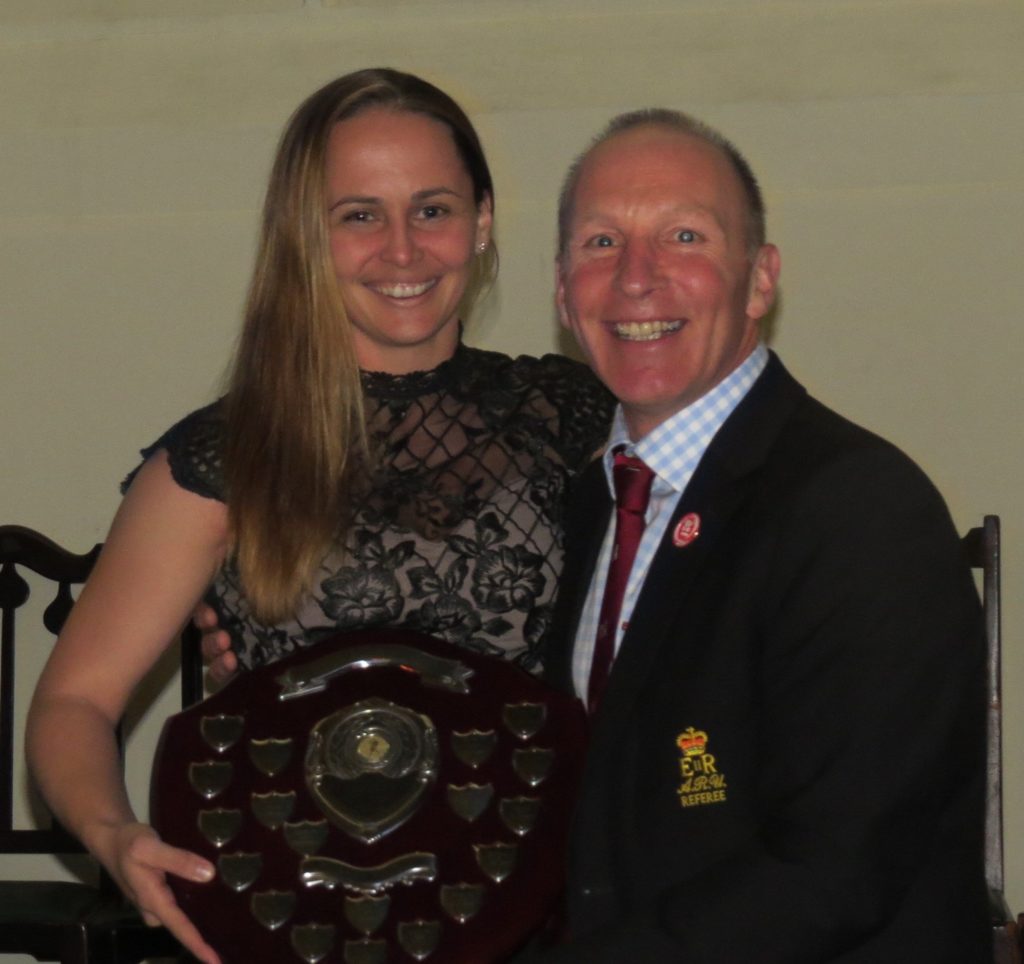 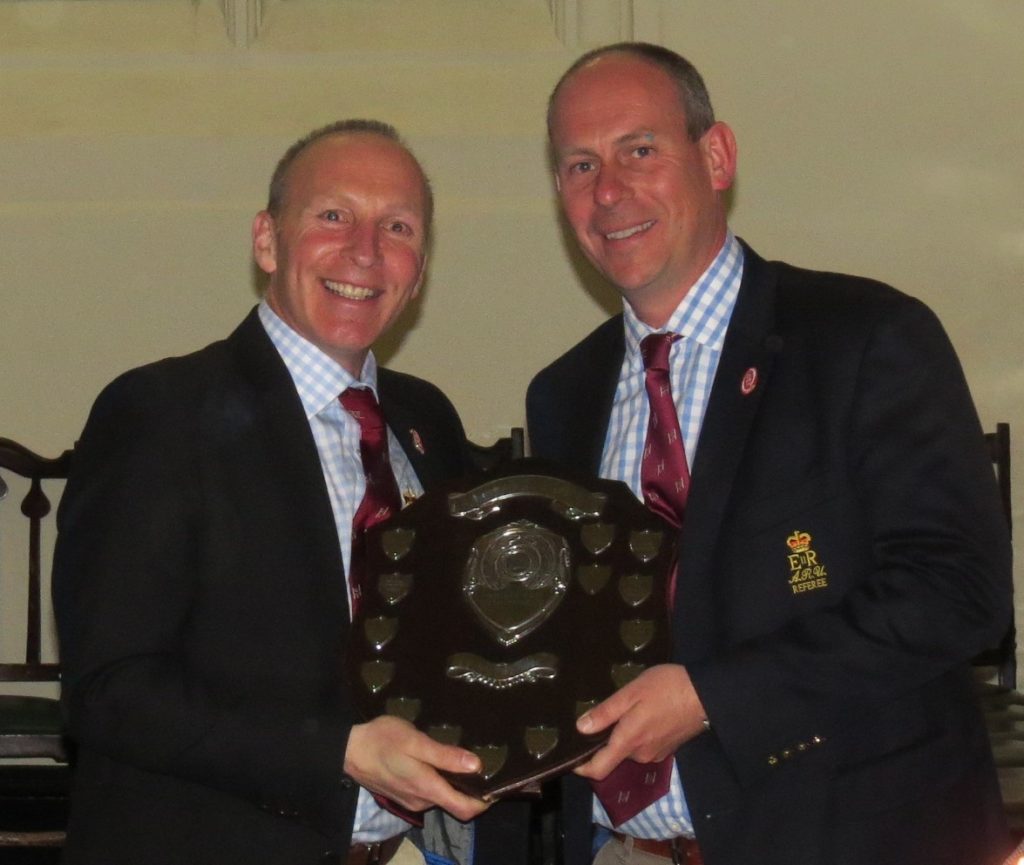 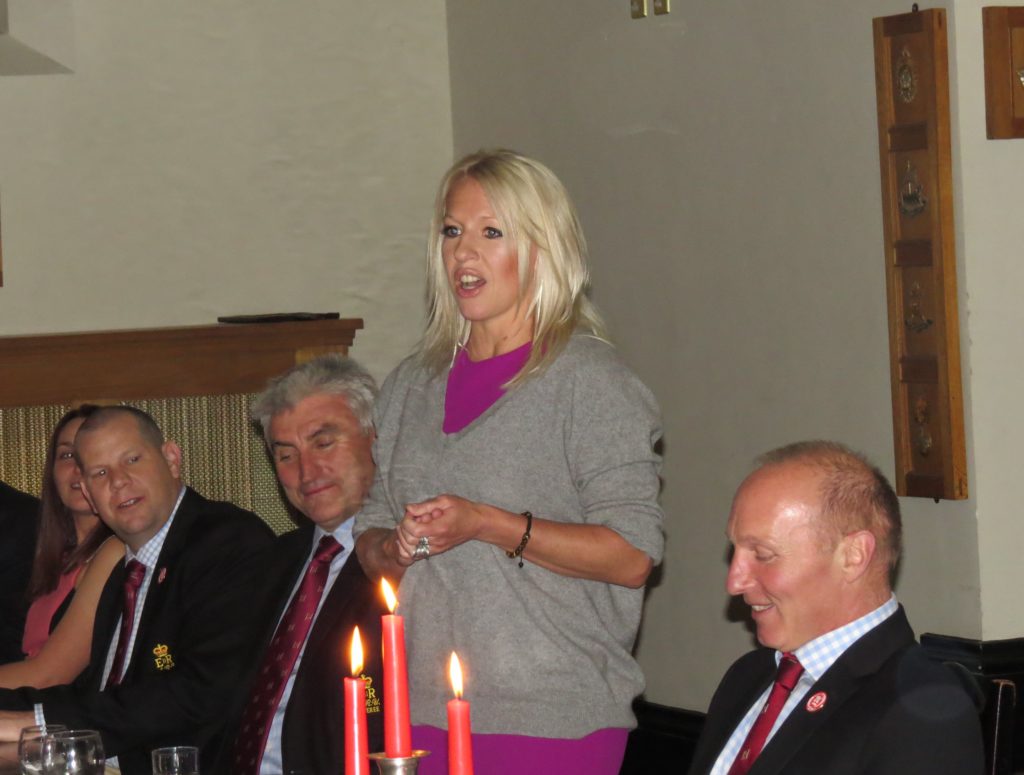 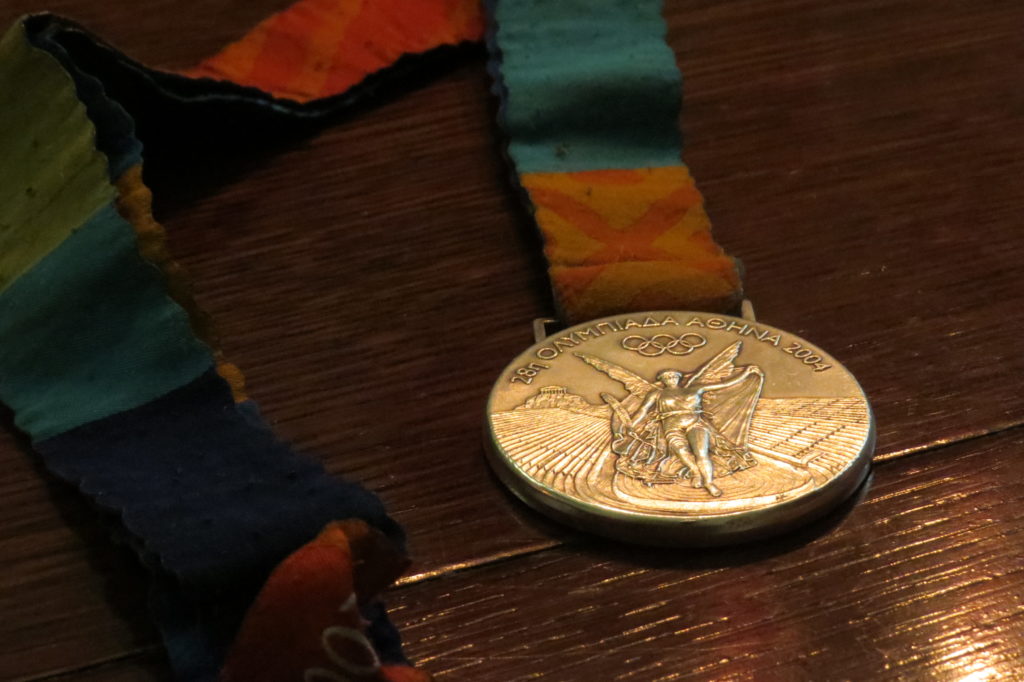