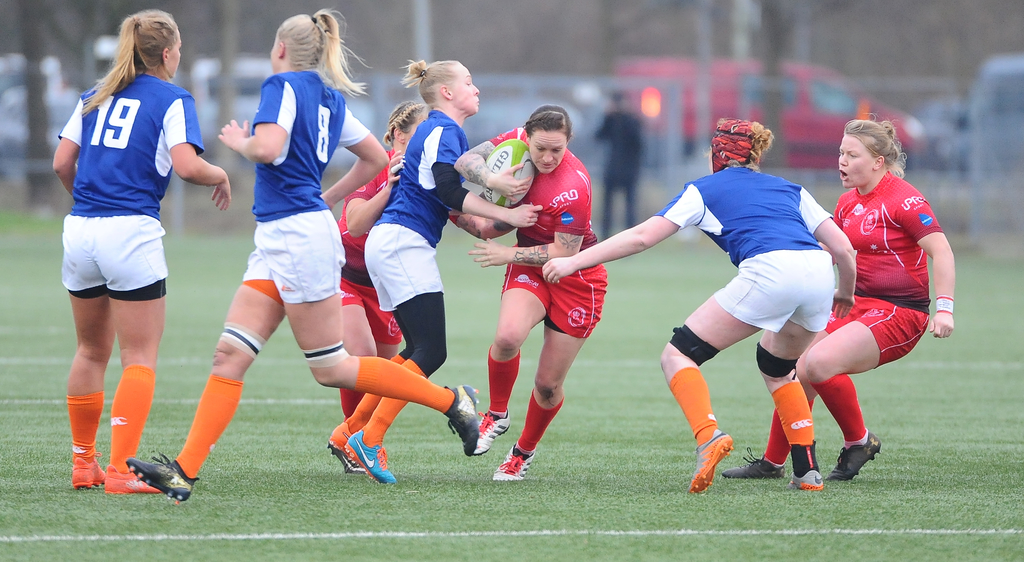 The Army Women made the trip to Amsterdam to face Holland in what is now an annual fixture against quality International opposition. The game was definitely a match of “two halves”, with a very even first half; but the Dutch turned on the after burners in the second period to run away comfortable winners. Army Women’s Head Coach, Captain Glyn Barraclough was hampered in his selection through a number of injuries and unavailability’s. Skipper, Capt Gemma Rowland RA was the most noticeable absentee, as she was on Wales 7s duties. 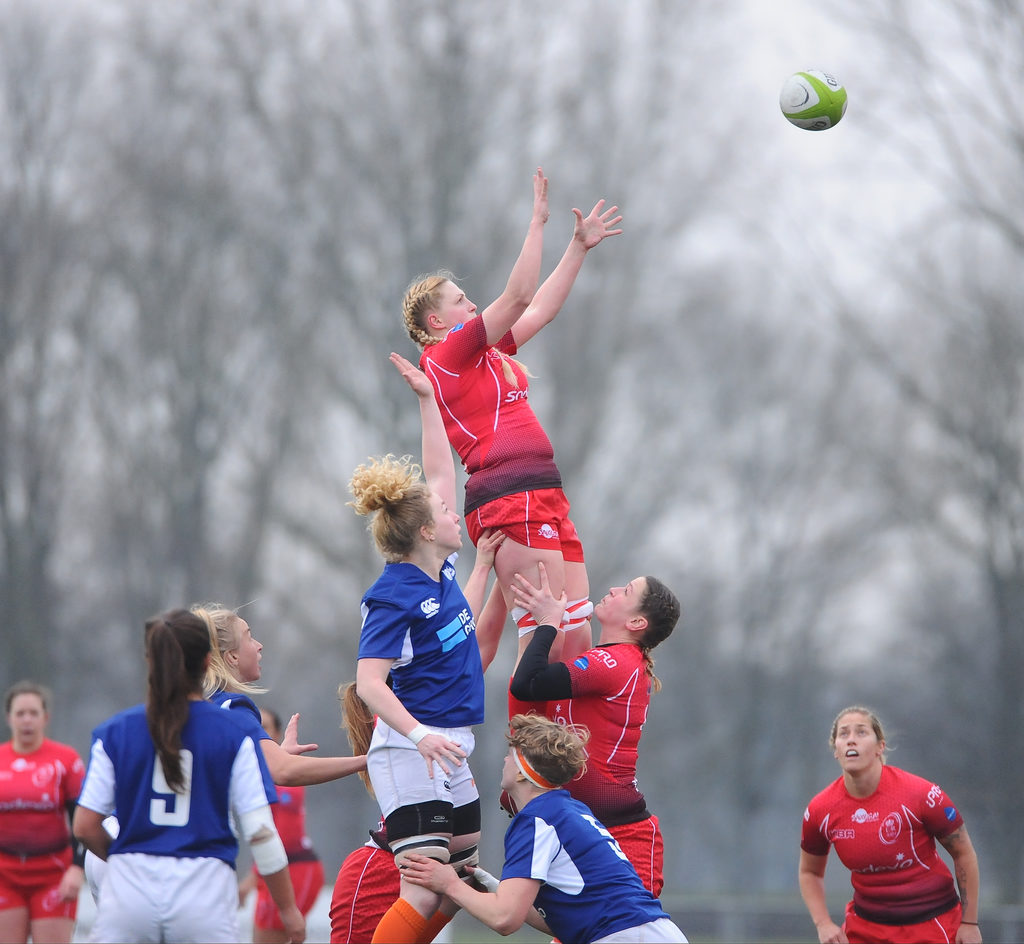 The first half was a brutal affair with both teams trying to assert their authority on the game. Holland crossed the white wash in the second minute and the Army knew they were going to be in a game. A penalty by Cpl Lou Dodd QARANC followed later by a try from OCdt Sally Stott EUOTC put the Army into the lead. Dodd added the extras to make the score 7 – 10. On the stroke of half time the Dutch struck back, kicking through the line and having the pace to win the foot race for the touch down. The conversion was successful and so the teams went unto the changing rooms with Holland having a 14 – 10 lead. 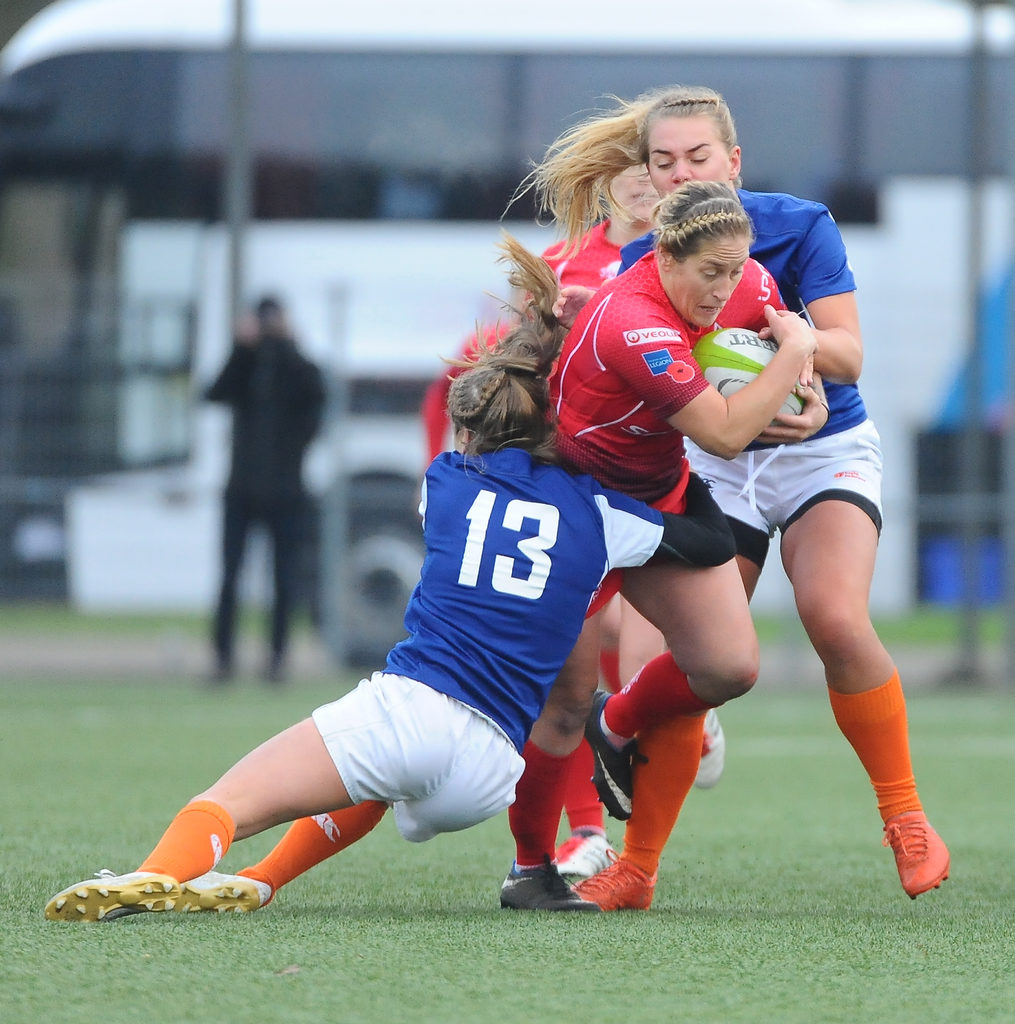 Whatever was said in the Holland changing room at half time did the trick and they started the second half with their tails up and oozing with confidence. They used their big back row forwards to consistently tie in the Army midfield and then produced slick handling to get the ball wide and utilise their very impressive pace to go around the Army on the outside. Holland scored 5 tries in the second half in this manner. 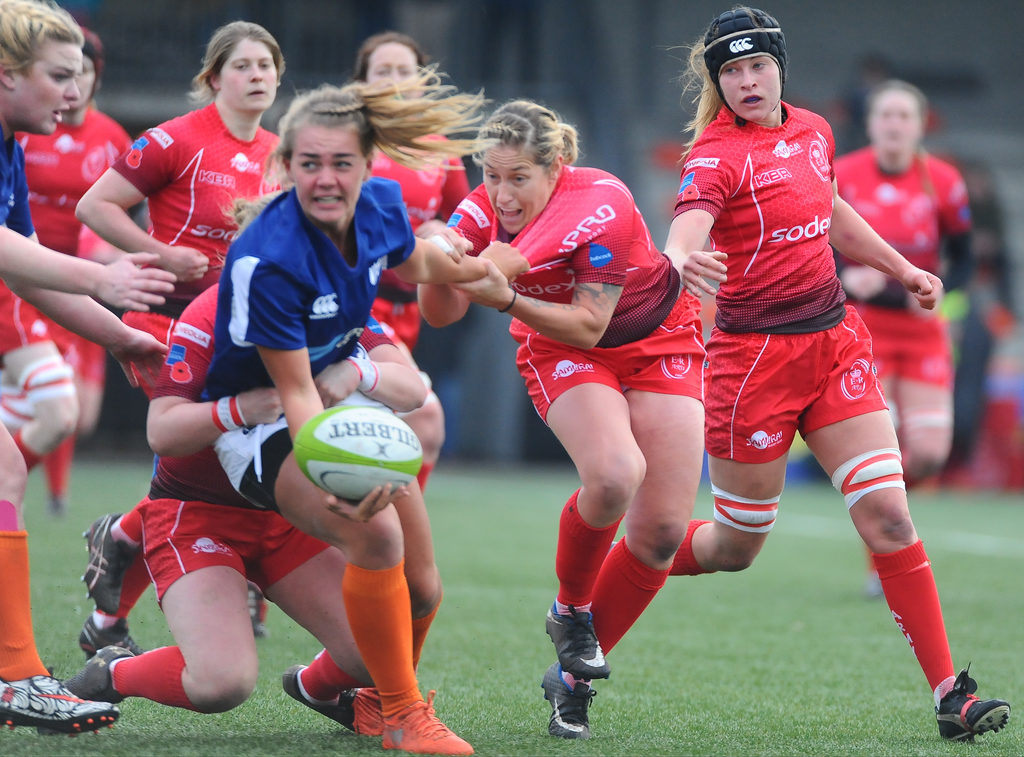 The Army never stopped tackling and had a good amount of the possession, but were only able to score twice more, with tries from LCpl Becky Wilson RLC and Sgt Bee Dawson AGC(RMP), and further conversion from Dodd. It is not a coincidence that both players are props, as both tries came from driving forward play. The final score was 45 -22. 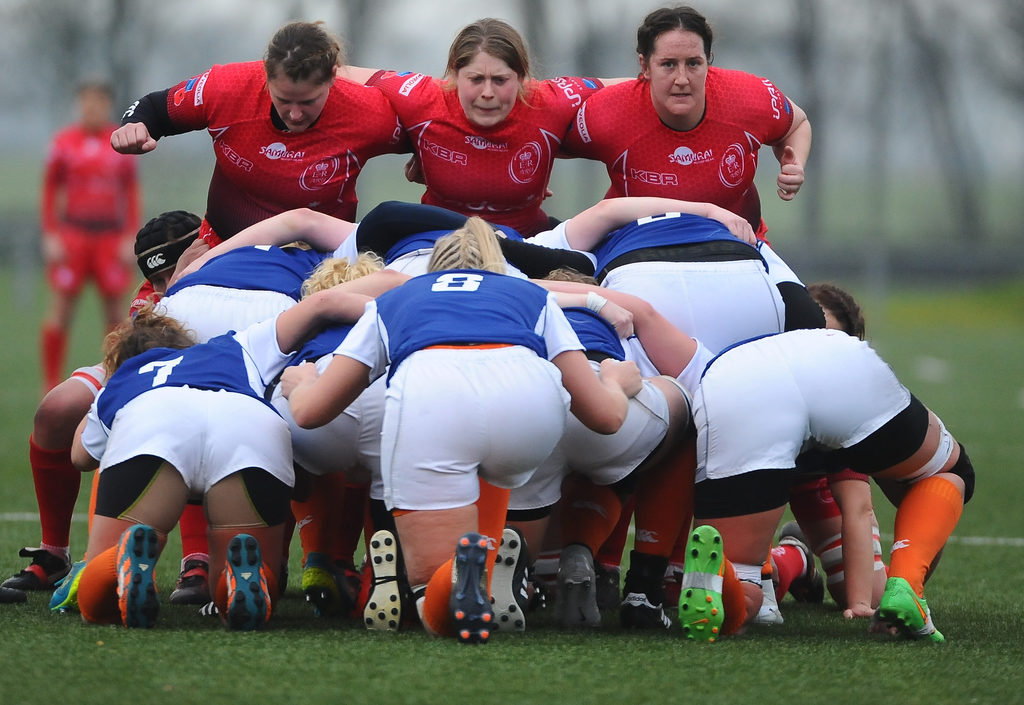 Congratulations to LCpl Anabelle Whitecross R SIGS on her first Army Cap and to Wilson and Stott for their first try’s in a Red Shirt.
The Army will take a great deal away from this match, as the score line doesn’t truly reflect the game. The Army probably had at least an even share of possession and were committed and courageous throughout; but at the end of the day, there is no substitute for pace and the Dutch had it in Spades. 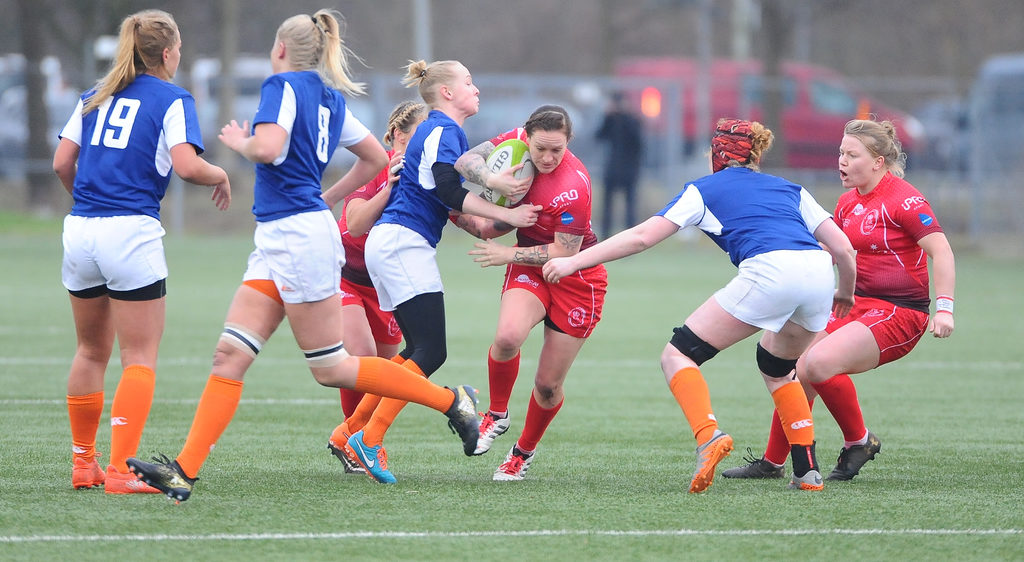 The Army will now look at the positives and concentrate on the “work ons” in preparation for their next fixture against England U20s, which will be played at the Army Rugby Stadium, Aldershot on Wed 14 Feb 18 at 1900.
We wish the Netherlands all the best for their upcoming European Championship games.