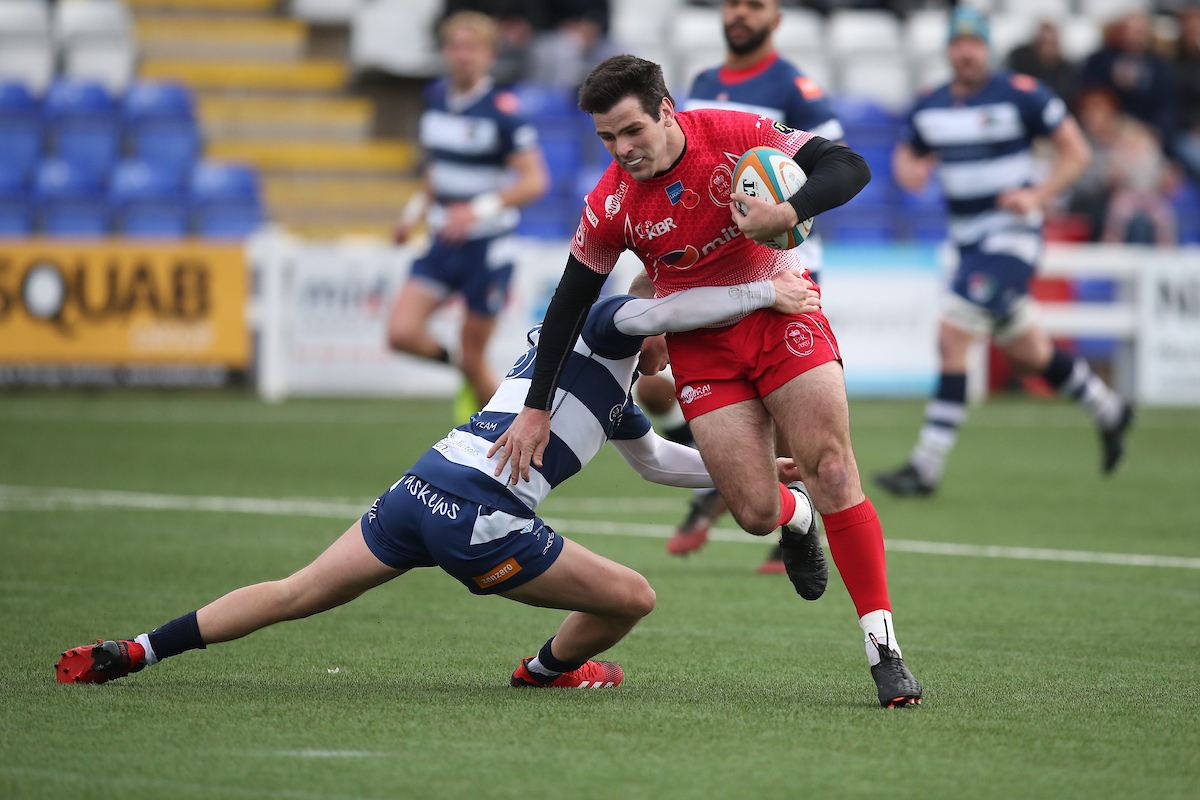 By Kimberley FowkeMarch 4, 2021No Comments

This coming weekend sees the much-awaited and delayed start to the 2020/21 RFU Championship campaign. It is a competition which has featured Army Senior Men for a number of years, and while the contingent at London Scottish will not have the opportunity to play following that club’s decision to not compete this season, there will be plenty of interest for red shirt supporters elsewhere.

The league has two new sides in it this season, and while Saracens have hoovered up much of the attention it is the promoted club, Richmond, which is equally exciting, according to Capt Giles Bromley-Martin (IG), who has called the club his sporting home for seven years.

“We’ve been training since last July in a pre-season mode,” he says. “Obviously there have been smaller groups, you can’t do contact, and it’s been a weird re-set for all the fitness goals as the dates kept getting moved. That’s been strange but at least now we’ve got the go-ahead for the league to start.

“The league has been shaken up due to Covid, but previously we’ve been the amateur club in a professional league so coming into that environment as an amateur player, whether you’re a lawyer in London or – like me – in the Army, you don’t need to get up for it. And when you add Saracens into the league then everyone is pumped to play.

“We’re definitely looking to keep the ball in hand more often this year and now there’s been a shift in the Championship with more teams becoming part-time. That changes the league from our perspective because we can view it as more of a level playing field for us coming up, so let’s give it a go, which is the Richmond ethos anyway.

“We feel like we’ve got a point to prove. In previous years we had three years in the Championship and the only people we didn’t beat was the team which had come down from the Premiership. So we believe we can give it a good shot, even though we’re coming up against fully professional players. In week four we’ve got Saracens, and they could have British and Irish Lions playing against someone who’s a plumber during the week.

“We’ve also been reminding ourselves how lucky we are to be playing at all. When you look at the rest of the country which has been locked down we’ve been turning up at the club three times a week. From the Championship perspective it’s not the best, but from a life perspective getting out onto the rugby pitch is pretty special.” 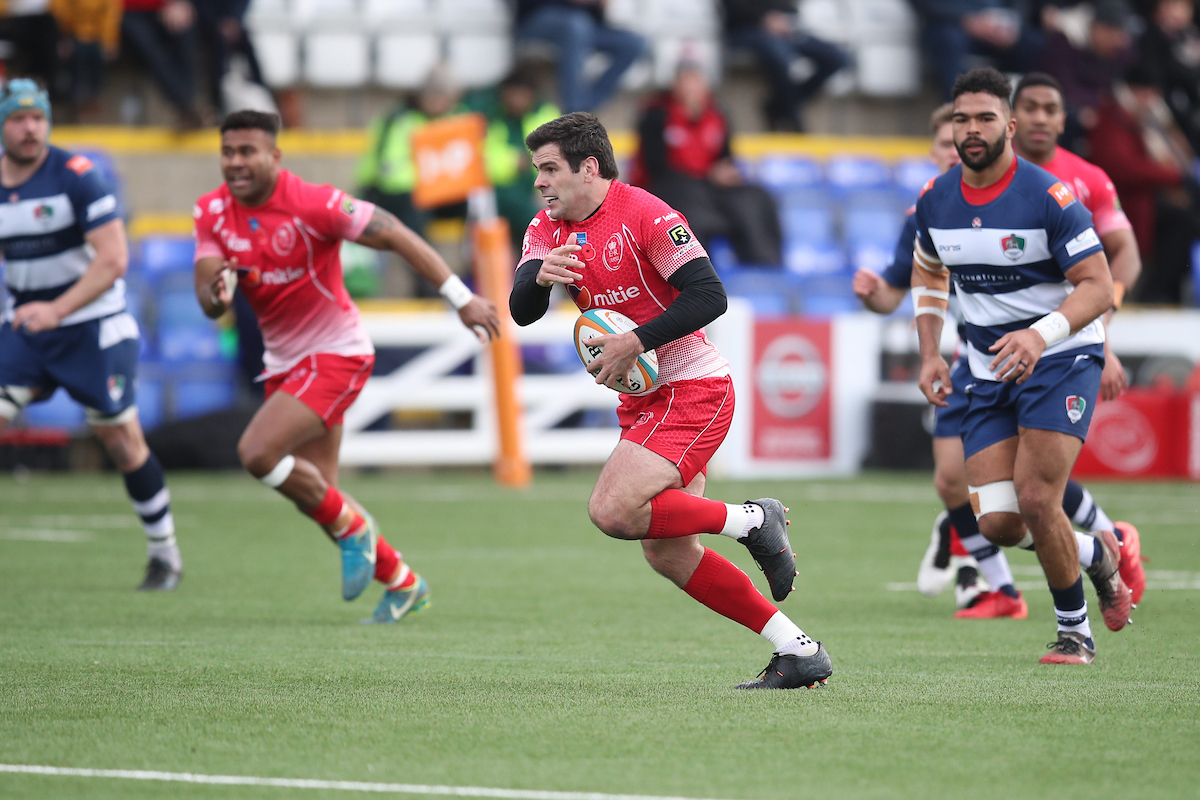 It has been quite the year for Richmond, who were promoted from National League One once the 2019/20 campaign had been formally ended and the league positions confirmed. But even that proved to be an experience which could best be described as ‘different’.

“In the summer we had a club get-together outside where we got our medals,” Lt Bromley-Martin says. “But of course it was socially distanced, no one could shake hands, we couldn’t touch the trophy, couldn’t have beers together.

“The club is really good at creating a family environment. There are a number of players who are in a similar position to myself, who have been here for five, six years, and part of the reason that everyone sticks around is the non-playing side.

“I’ve played in Scotland in the Pro 6 and for London Scottish, but at Richmond everyone makes an effort across all five sides and the women’s side, and that creates an environment which no one wants to leave.”

The pandemic could barely have come at a worse time for Capt Bromley-Martin’s red shirt ambitions.

“I had an ACL injury at Sandhurst, which precluded me from playing rugby for a year. I had a year in the squad two years ago, but 2020 was the first time I had a proper stab at it. And even then I’d been in Iraq for four months leading up to the Coventry game so I’d only arrived back about 10 days before.

“I then got into the squad for Inter-Services after that game, was pumped and excited to play – I’ve never had the opportunity to play at Twickenham – and as a team we’d started to build the camaraderie already. And in the week before going to Portugal the news came out.

“It was a shame. It had been a year-long objective, and I know that it was the same for all the guys in the team. But you then have to switch to the next objective.”

Staying fit while on operations in Iraq had been made easier thanks to the comprehensive gym made available by the Americans and the programme from Richmond’s conditioners, although getting a run-out on Coventry’s new artificial pitch did ask a few questions on his first run-out after getting back to the UK!

That experience was a prime example of the challenges which an officer like Capt Bromley-Martin faces in balancing the demands of his rugby and career.

“It’s definitely a challenge, but as I’ve got more senior it’s become easier,” he says. “When you first arrive out of Sandhurst as the new 2nd Lieutenant trying to ask to play rugby it’s quite tough. I’ve always had the opinion that if I’m required for an operational tour then that has to come first, which does have consequences on selection.

“My chain of command at the Irish Guards have been fantastic. What preceded that was a frank conversation from me, sitting down with my commanding officer and company commander to tell them that my goal was to play semi-professional rugby and do my job to a really high level. Luckily they showed their support and we got an agreement in place.

“The Irish Guards haven’t had an Army rugby player for some time. Because we’re on the blue line rugby took a back seat, but now they’re looking to drive it again and having someone play for the Army is huge.

“I do know that for some guys in the Army squad getting away for games can be tricky, but the more we can show the benefits of sport to the higher echelons of the Army then the easier that’ll be.

“There’s a balance to be had, such as working into the evening once I’ve come back from rugby training with the Army or Richmond. As soon as people see you doing that then it’s not a problem.”