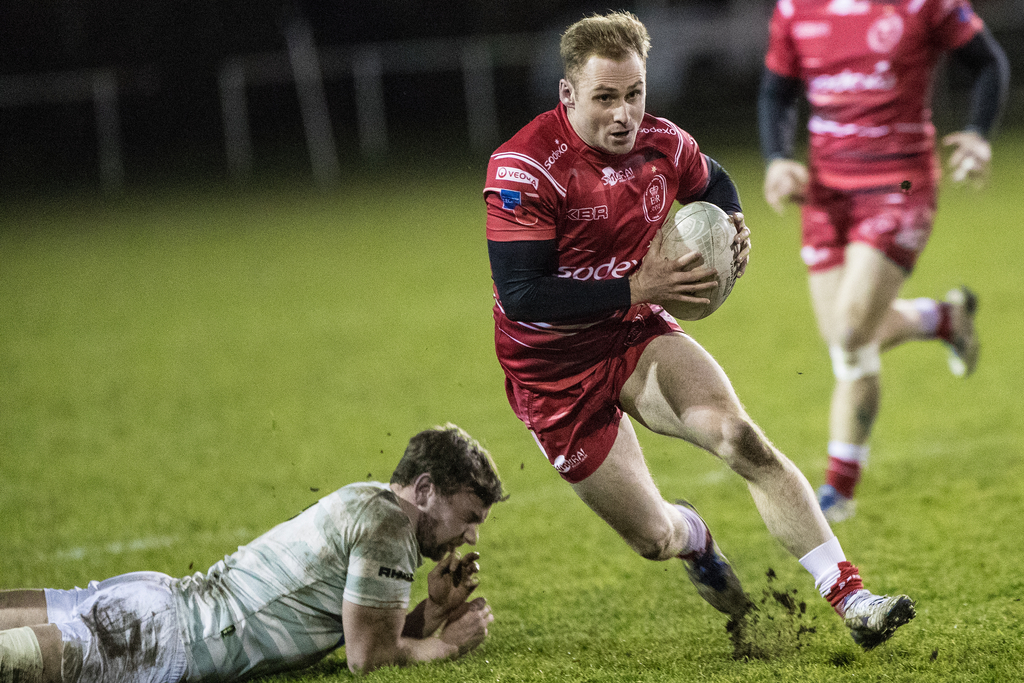 The British Army Senior XV kicked off their new Season away to Cambridge University at Grange Road in the traditional opener to their 2018 Inter Service campaign.
The Light Blues had a strong squad featuring 11 players from December’s Varsity win over their rivals, Oxford. Army Head Coach Andy Sanger also had good depth to choose from, picking 11 players who featured in their game vs Royal Navy last year.
Conditions were good on the night as both teams took to the field. The Reds had some chances early on to open the scoring, but it was the hosts who kicked a penalty from just outside the 22 to give them the lead inside ten minutes. 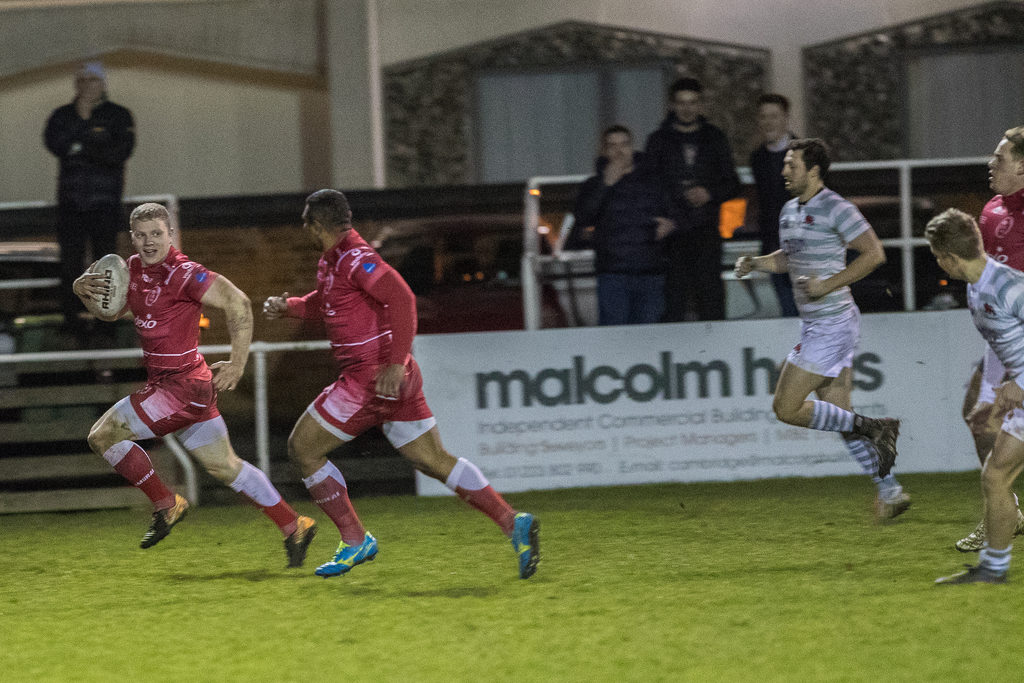 The Army pack started well and were key in the opening score for the Reds. They drove well from a lineout on the Cambridge 22, controlled by hooker Bdr Pete Austin from the back of the maul. After being stopped short just five metres out, Cpl Matt Dawson carried well before outside centre Sig Davetanivalu stretched over for the try, converted by Skipper LCpl James Dixon, 3-7.
The Reds double their lead straight from the ensuing kick off. Winger LBdr Edwards broke a fantastic run down the far sideline with his electric pace & was supported well by Sgt Titchard-Jones, amongst others. After a quick recycling of the ball, it was Sig Davetanivalu touching down for his second Try, 3-14.
The Reds kept the pressure on and drove well in the forwards once again from a lineout 15 metres from the Cambridge try line. They were stopped just a yard short of the line but Cpl Bean picked up and placed the ball over the whitewash for another score, 3-21. 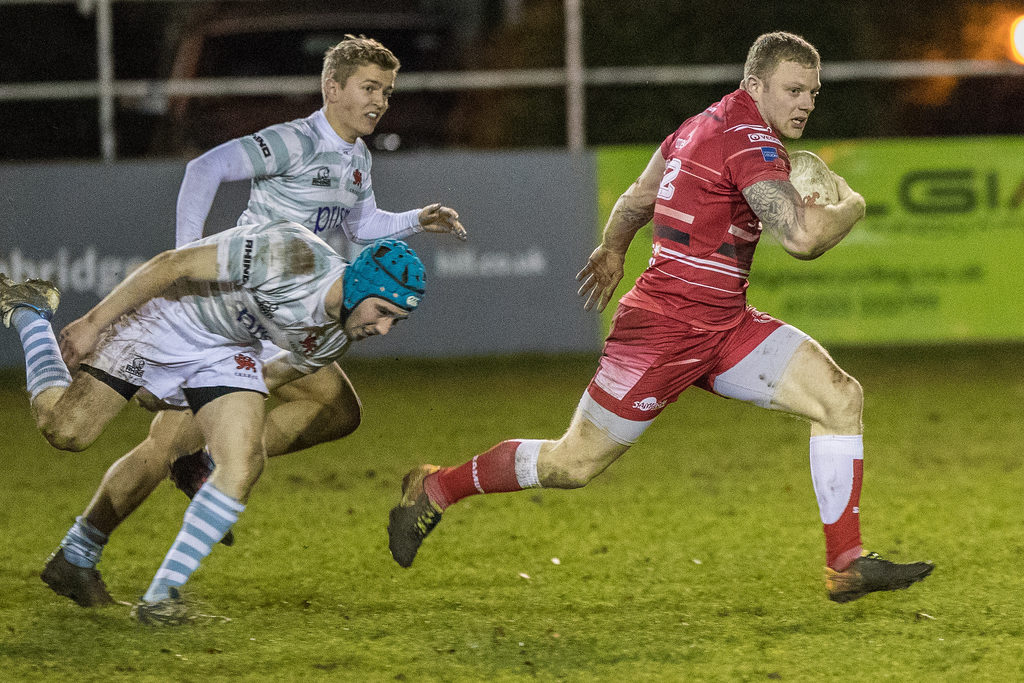 Cambridge responded well following the early flood of scores by the Reds. They worked their way upfield and, aided by a series of penalties by the visitors, set up deep inside the Army 22. After a good initial drive following a lineout, the Cambridge pack were just inches away from scoring. The Army defence held up well against the close range attack by the Light Blues. Eventually though the University side were able to close the gap with their scrum half sniping and touching the ball down at the base of the goal post, 10-21.
With time ticking down in the first half, the Reds managed to cross over two more times. Once again the forwards showed their power upfront with a great drive from the line out, again Bdr Austin controlled from the rear and finished with a simple touch down after the pack had crossed the line. As the final seconds ticked down, centre LCpl Leathem produced a moment of magic from midfield, skipping through five Cambridge tackles. He was eventually brought down short of the try line, but two quick passes to the right allowed Capt Cross to finish a great move for the try. A great conversion from LCpl Dixon put the Reds out in front, 10-37 to the visitors. 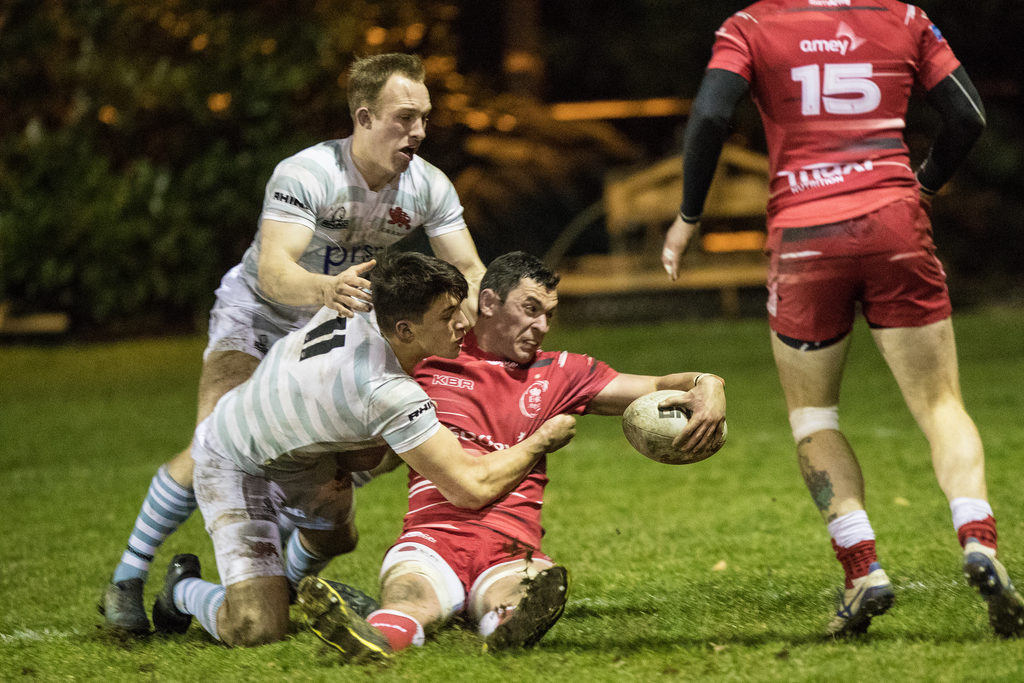 The Army started the second half well, building on their dominant first half display. After a good line out steal from Cpl Bean, the Reds had a good platform inside the Blues 22’ in which to attack. LCpl Rokoduguni ran a good line breaking a tackle to gain good ground up the middle of the defence, three passes later and it was LBdr Edwards finishing off in the corner using his great pace for the try, 10-42.
The visitors kept the pressure on their opponents and it wasn’t long before another well worked push over drive from the forwards. Bdr Austin crossed for his second of the game and following the successful conversion by LCpl Dixon the Reds were almost at the half century mark, 10-49. 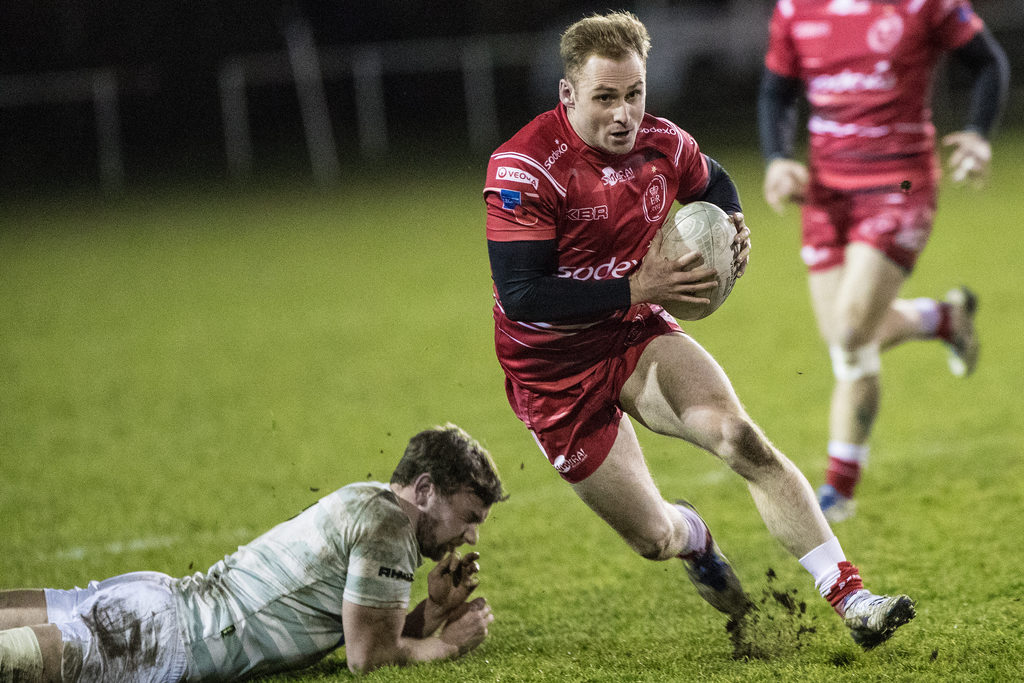 Credit to the Light Blues of Cambridge who came back with a great spell of pressure – setting up camp deep inside the Army 22. They patiently went through their phases and tested the Reds defence for any sign of weakness, coming within inches at times of getting a score. The Army held them out though and eventually escaped following a Cambridge knock on over the try line.
Not long after their impressive defensive stand, the Reds once again showcased their fantastic attacking ability. From a scrum ten metres inside their half, the visitors worked an excellent move down the near touchline, with great lines and support play. The Gunner pairing of Bdr Davies and LBdr Edwards exchanged passes on the wing before Sig Davetanivalu and finally LCpl Leathem finished off a superb piece of running rugby, 10-56.
Cambridge appeared to finally add to their total shortly after, however a quick pass at the line out inside the Army 22’ was judged to not have gone 5 metres and the Reds escaped without conceding. 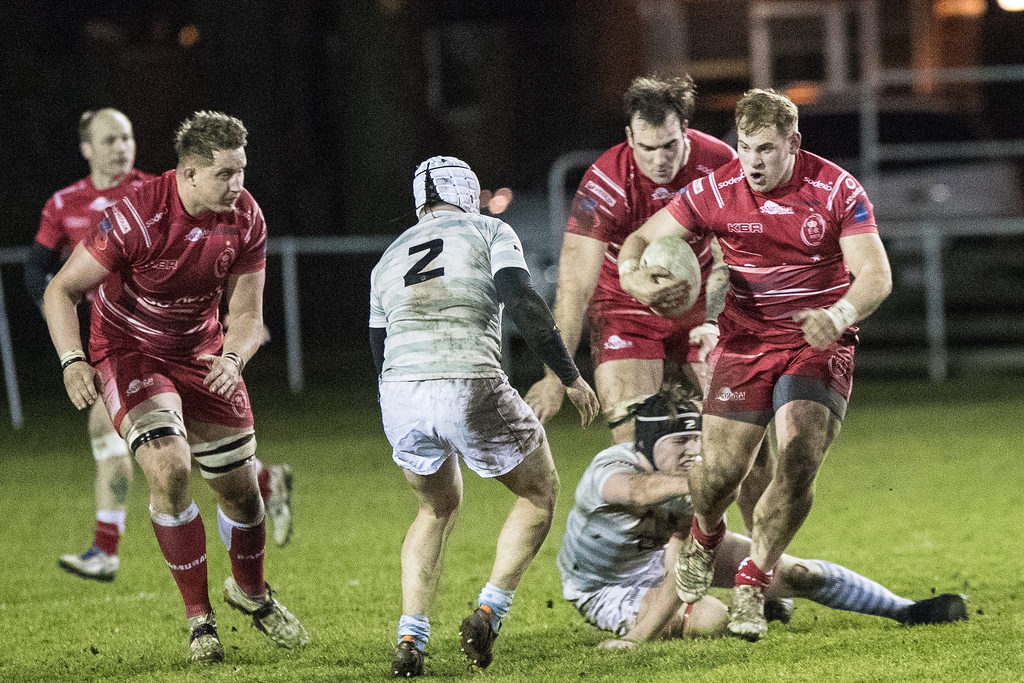 With time winding down in the second half, the Army countered with another try, making the most of a loose Cambridge pass. Substitute, Cpl Nacavamuto, picked up the ball, offloaded to Cpl Leathem who then shipped it wide to LBdr Edwards to finish off another good score in the corner, 10-61.
The Reds had time for two more scores, the first coming from substitute scrum half, LBdr Vunivesilevu who sniped from close range, exploiting a gap in the home side’s defence to cross for the Try. With the final play of the game, the Reds were awarded a penalty try, driving from a line out just metres from the Cambridge try line. After the maul collapsed the referee ran to the posts giving the Army its final points and overall an impressive victory over the Light Blues.