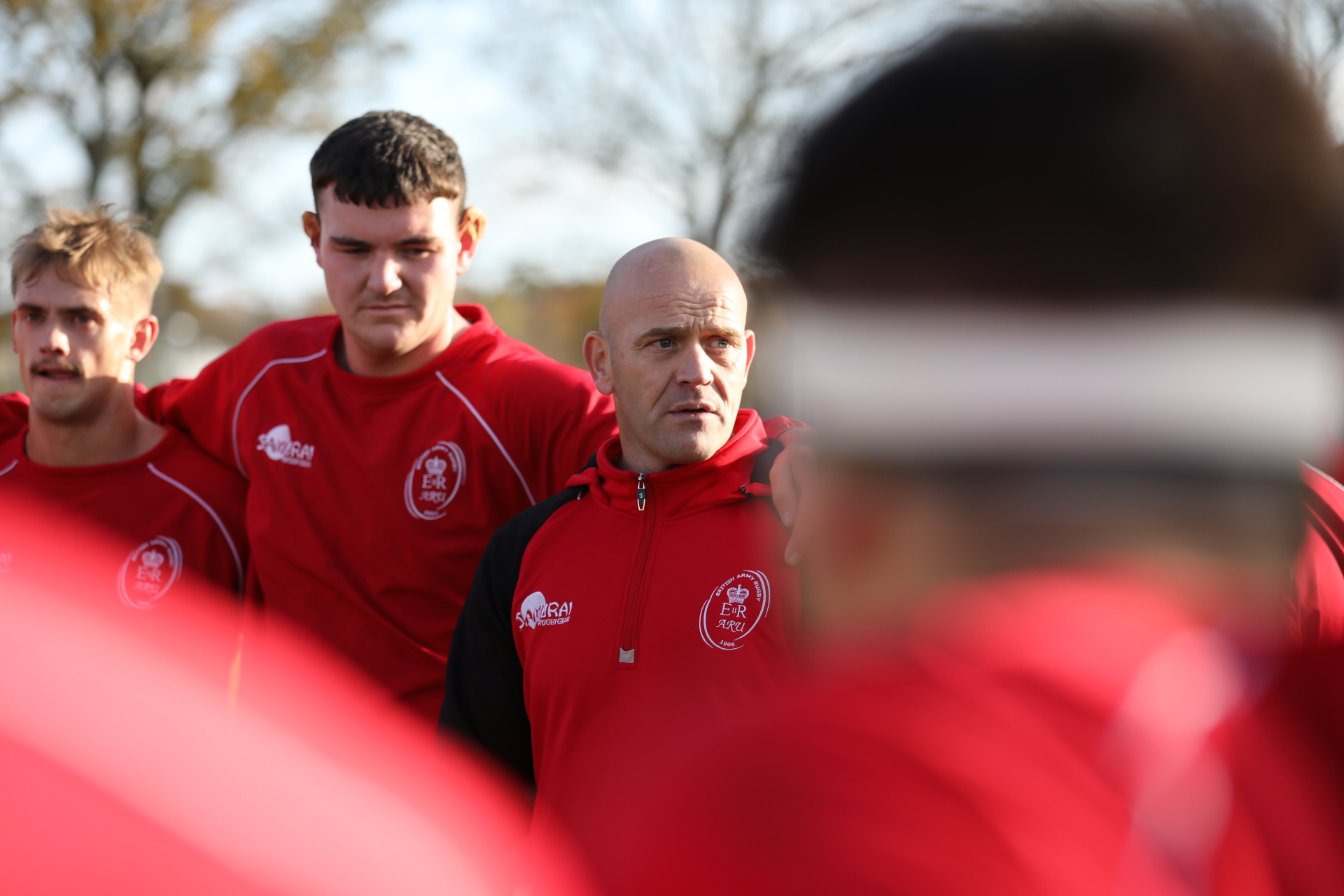 By Kimberley FowkeNovember 17, 2021No Comments

Both Head Coach and Captain were full of praise for the character and commitment shown by the Army Under-23 team for the way they maintained their composure to win the 2021 Inter-Services Championship.

Three times the team had to come back from double-digit deficits against an RAF outfit which was both clinical in attack and resolute in defence for long periods of play at a sun-drenched autumnal Aldershot.

Despite seeing a number of try-scoring opportunities be resisted, the Army kept on coming, and their domination of the final 10 minutes was rewarded with an injury-time try which both won the match 31-28 and clinched the overall Championship trophy in the process.

However, while he was proud of his team, Head Coach Capt Gareth Slade-Jones (RAPTC) also acknowledged that it had been a challenging afternoon on the sideline.

“It was frustrating and a hard watch as a coach,” he said. “Credit to the RAF, who I thought were outstanding in their defensive set. In the first half they wanted it a bit more. So there were a few questions in the changing rooms at half-time, we asked for a bit of character, and the boys delivered that.

“We’re blessed to have a few of the boys who have level heads and have played rugby at a good level. That helps when you’re in the heat of battle and having to make the right decisions. Our boys were on it and clearly they made the right decision because we went on and won the game.” 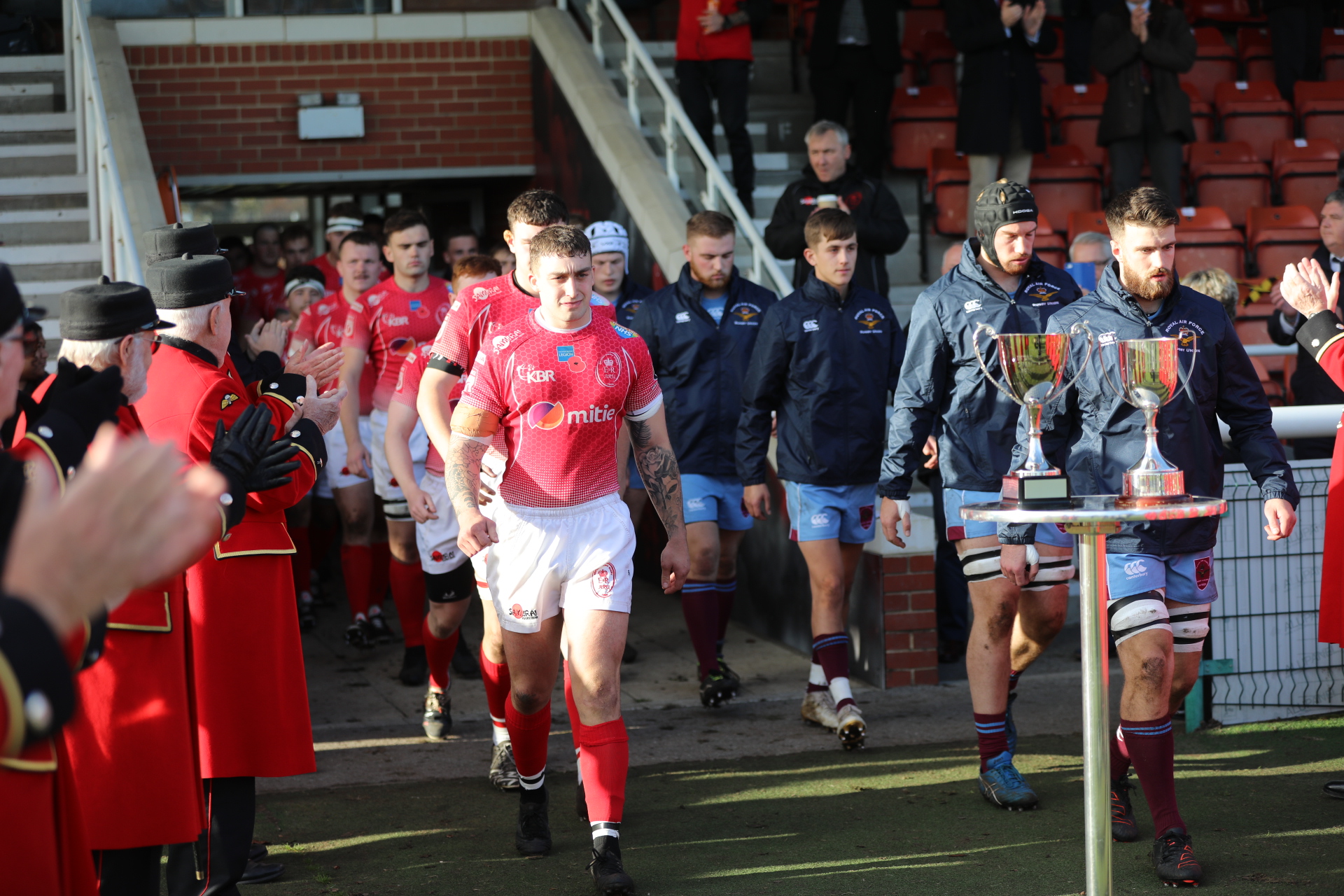 Team captain Tpr Levi Roper (QDG) is one of those players to have experienced a professional set-up, having spent time in the Northampton Saints Academy and played for Leicester Tigers in the Premiership Rugby Sevens Series.

He was withdrawn from the action in the second half, and after lifting the silverware he both paid tribute to the 15 players who had been on the pitch in those crucial final few minutes and put the achievement into context within his own experience.

“I’m so proud of the boys for doing whatever they can and it’s a massively proud feeling to have been sitting on the sideline watching the lads do that last bit,” he said. “They dug deep, which is what the Army is all about, and coming together as a team.

“It was unreal to captain the team and I was so proud when I was asked to do it. There were a lot of boys who could have done it, and we had a lot of leadership players in the group.

“Personally it’s been one of my proudest moments to date, wearing that red jersey, and hopefully it carries on going forward.” 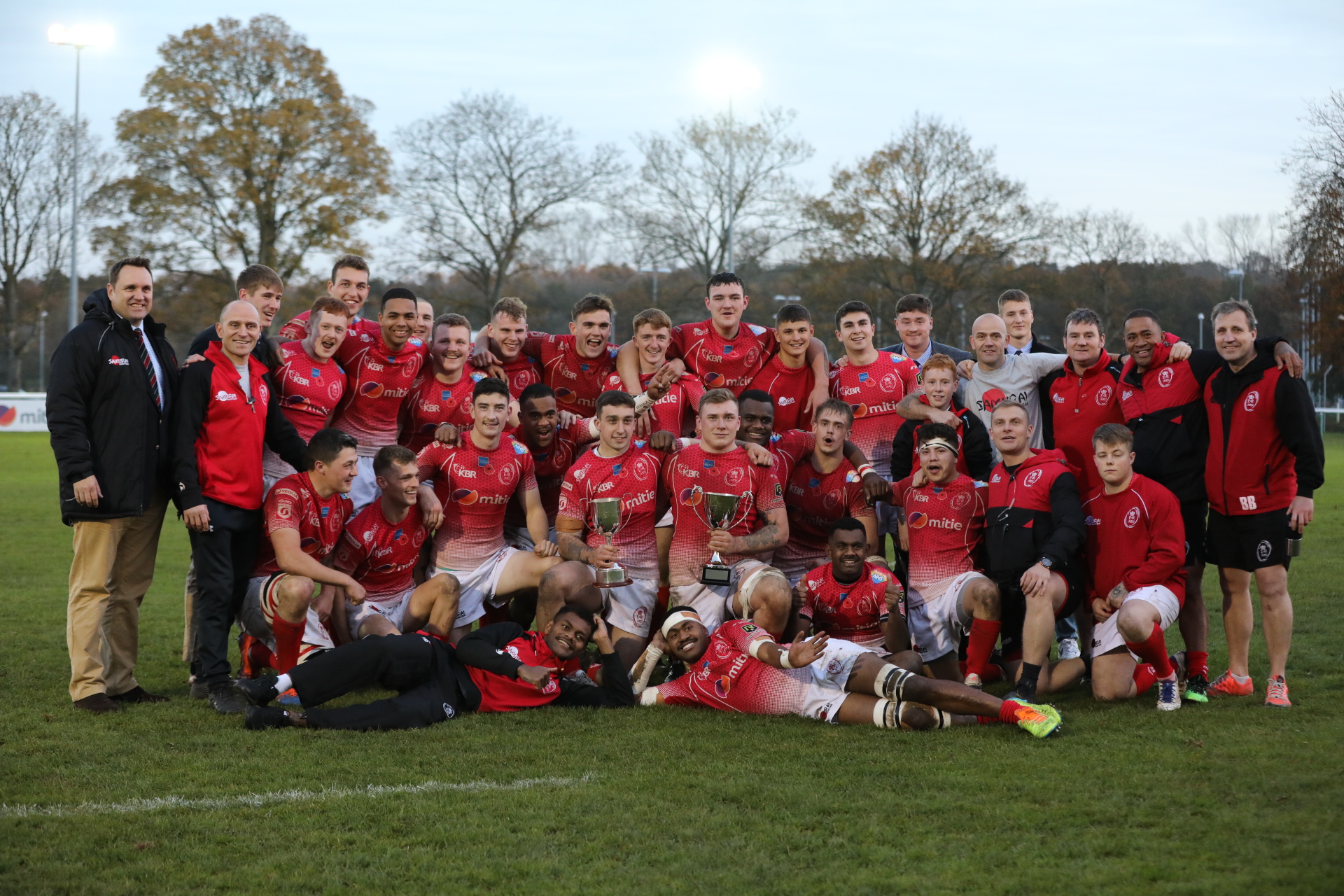 Trailing 23-10 at half-time, the Army gave themselves a massive foothold in the contest thanks to a stunning solo effort from fly half Spr Johnson (RE), who collected his own grubber, then held the defence with a pair of dummies before outstripping a number of players on the way to the line.

The conversion brought the deficit back to six points, and while the RAF responded with a try of their own Capt Slade-Jones says that Spr Johnson’s effort galvanised the rest of the team saying: “That try gave us a little bit of momentum and belief, and if I was writing a script for the game then an early score would definitely have been in it.”

Later in the half the scoring touch become more elusive, but Tpr Roper said that there was never any panic among the players, commenting: “We’ve got confidence as a team.

“We did everything we could in training and ran through these scenarios, being 10 points down, being 20 points down, so we knew what we wanted to do and how to play.

“We started to see that the RAF were tiring, and that they had some weaknesses in their defence. We’ve countered them from there and been consistent in how we kept the ball.”

“We had opportunities and for whatever reasons they seemed to disappear,” added Capt Slade-Jones. “I’ve got to give credit to the boys, who stuck in there and battled hard to get that try at the end. That was amazing for us, but I do feel for the RAF for how the game ended, but that’s sport. As a spectator you don’t want a whitewash of one team at this level of Inter-Services.

“To be on the end of a victory is amazing, but I wholeheartedly take my hat off to the RAF, who I thought were outstanding. In the last bit it did look like there was an element of fatigue and that’s where we got a bit of momentum on them. Mentally our boys stayed sharp and that’s what gave the try at the end.”