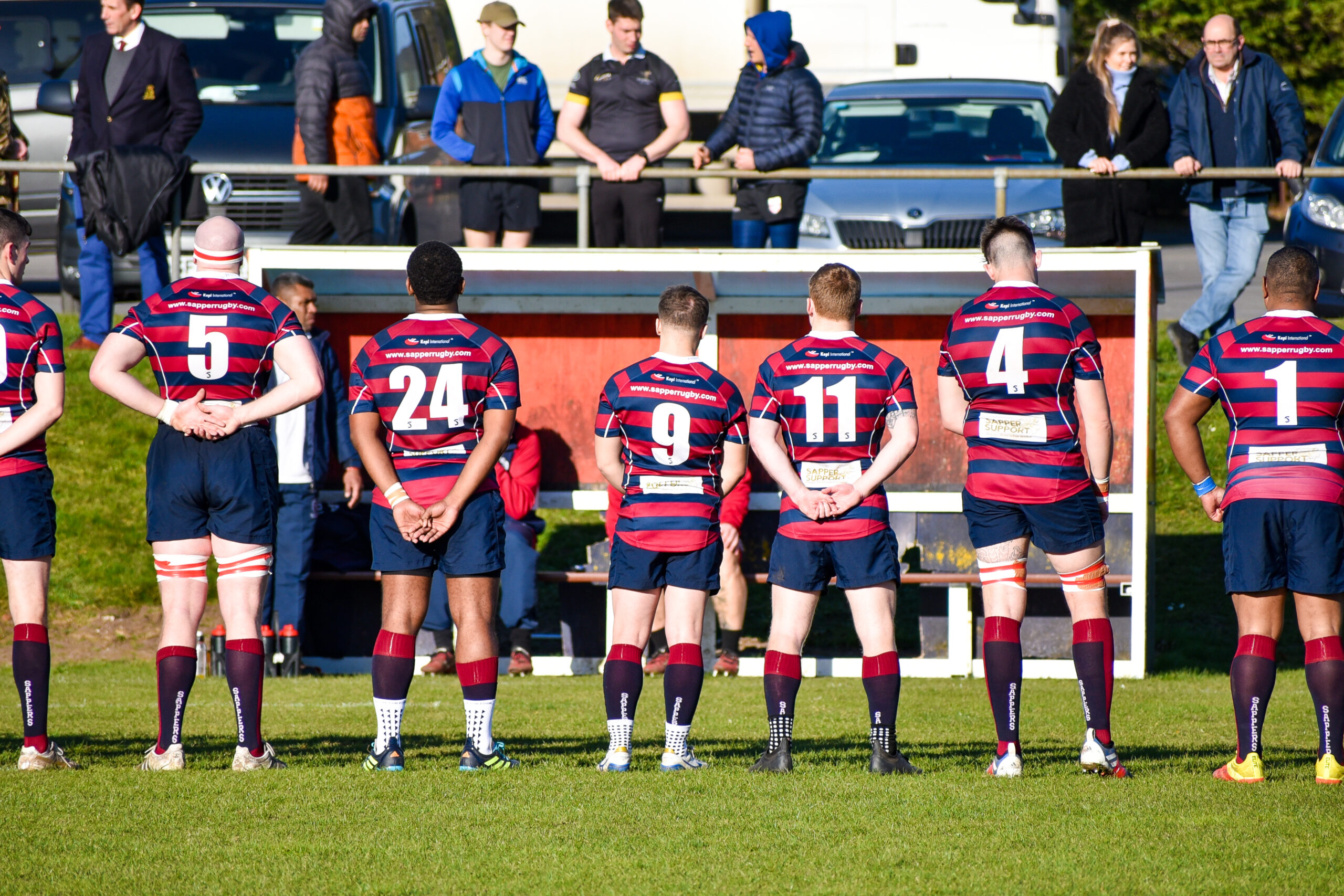 By Kimberley FowkeFebruary 3, 2022No Comments

The 2022 Corps Championship finals have been confirmed, following the latest round of results this week.

In League 1 REME have joined the Royal Engineers in the final, despite losing 13-17 to the Royal Logistics Corps. That is because the Royal Artillery were not able to take advantage, despite hosting the Sappers on their home turf, as the Engineers extended their winning run to three matches with an 18-12 result.

Indeed, the pair of results, when combined with the RLC achieving both their wins in their last two rounds, has seen the Gunners slip from having a chance of playing in the final to instead finish fourth in the table.

The clash between the Sappers and Gunners was a close affair, the RA taking the lead with a nice try created by positive and powerful running from forwards and backs. However the RE scored a converted try to lead 7-5 at the break, then added the first three points of the second half.

Back came the Gunners with a converted try to hit the front once again, only for a second penalty and a second try give the Sappers the win and lift the Jones-Drake Cannonball for the first time since 2015. 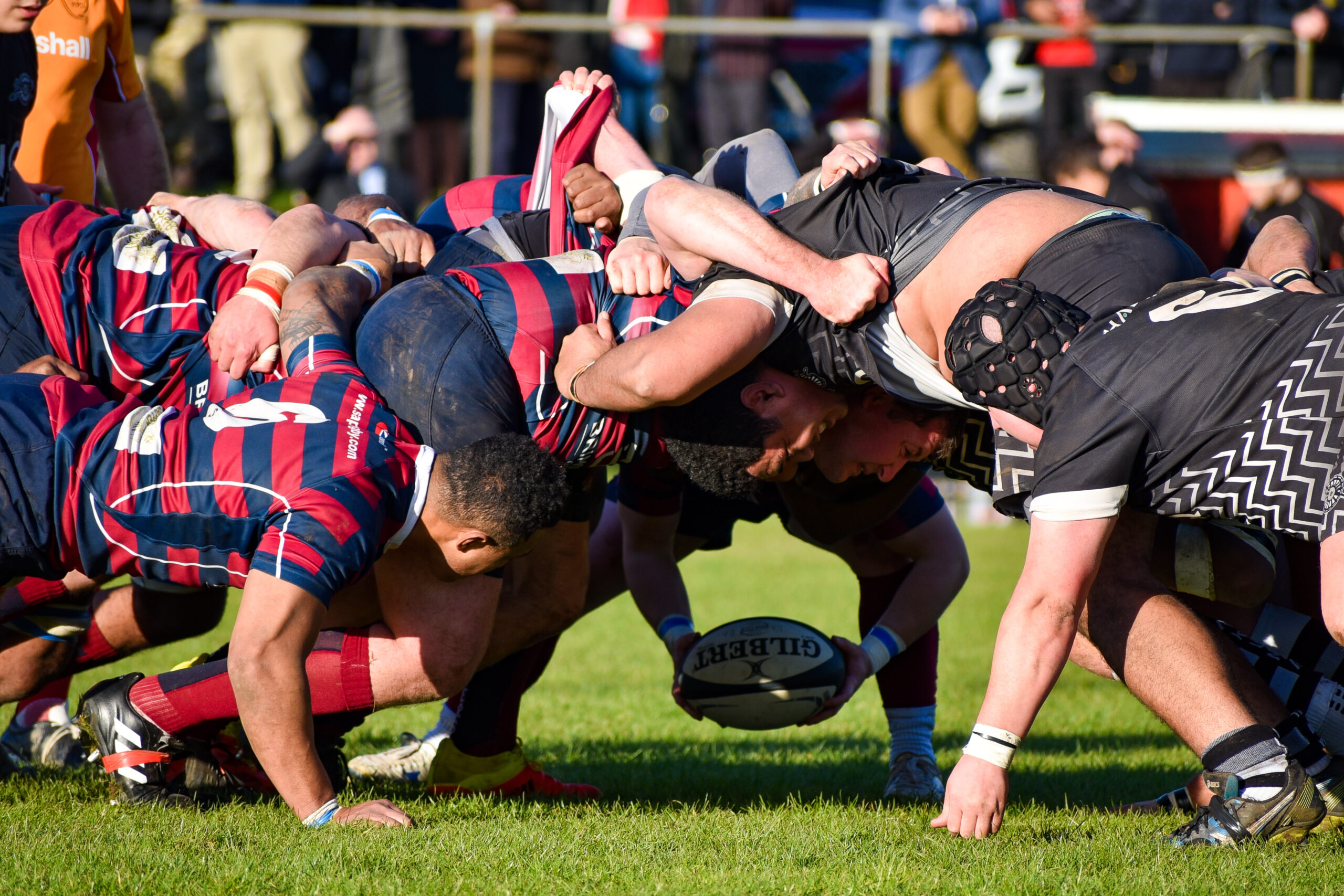 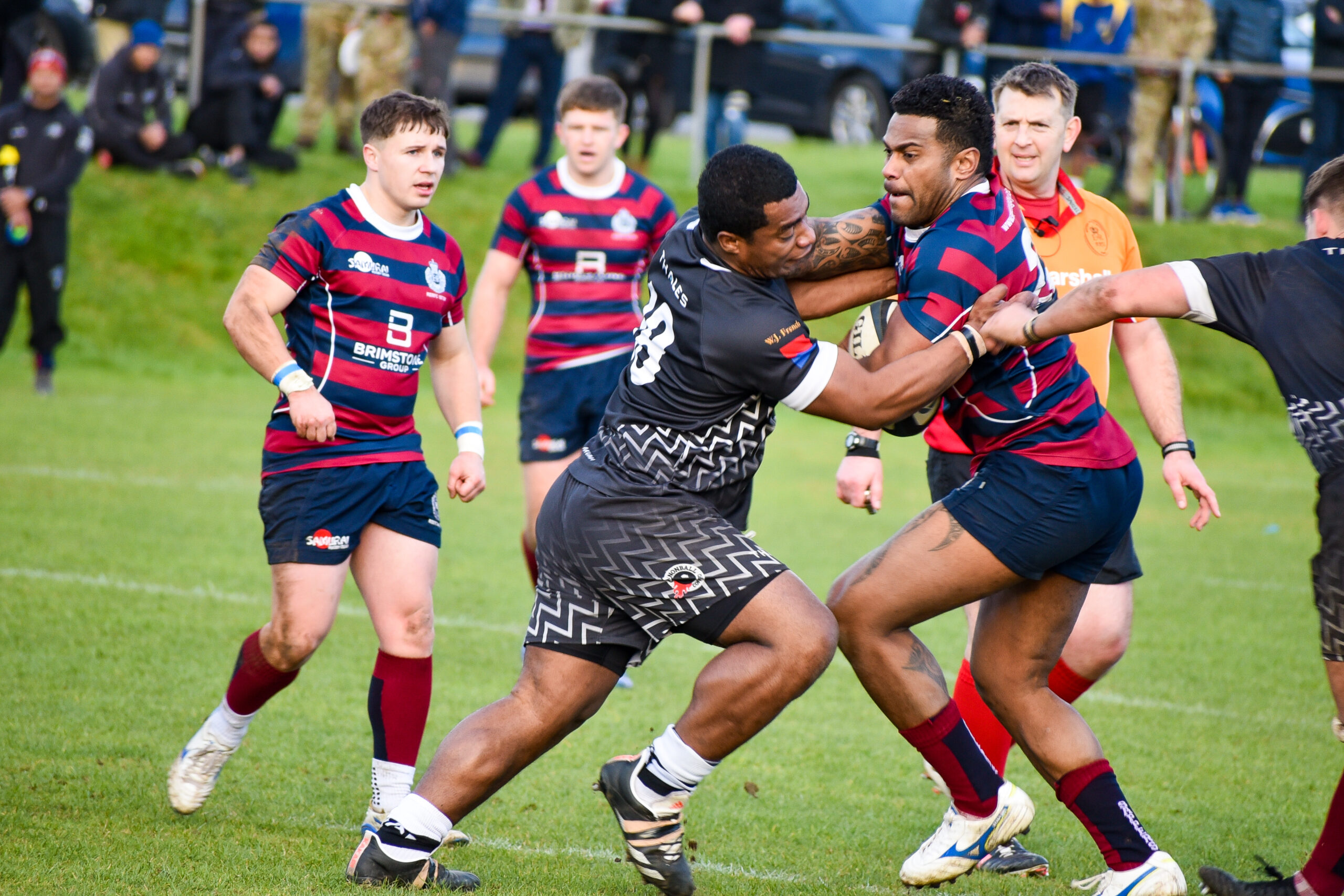 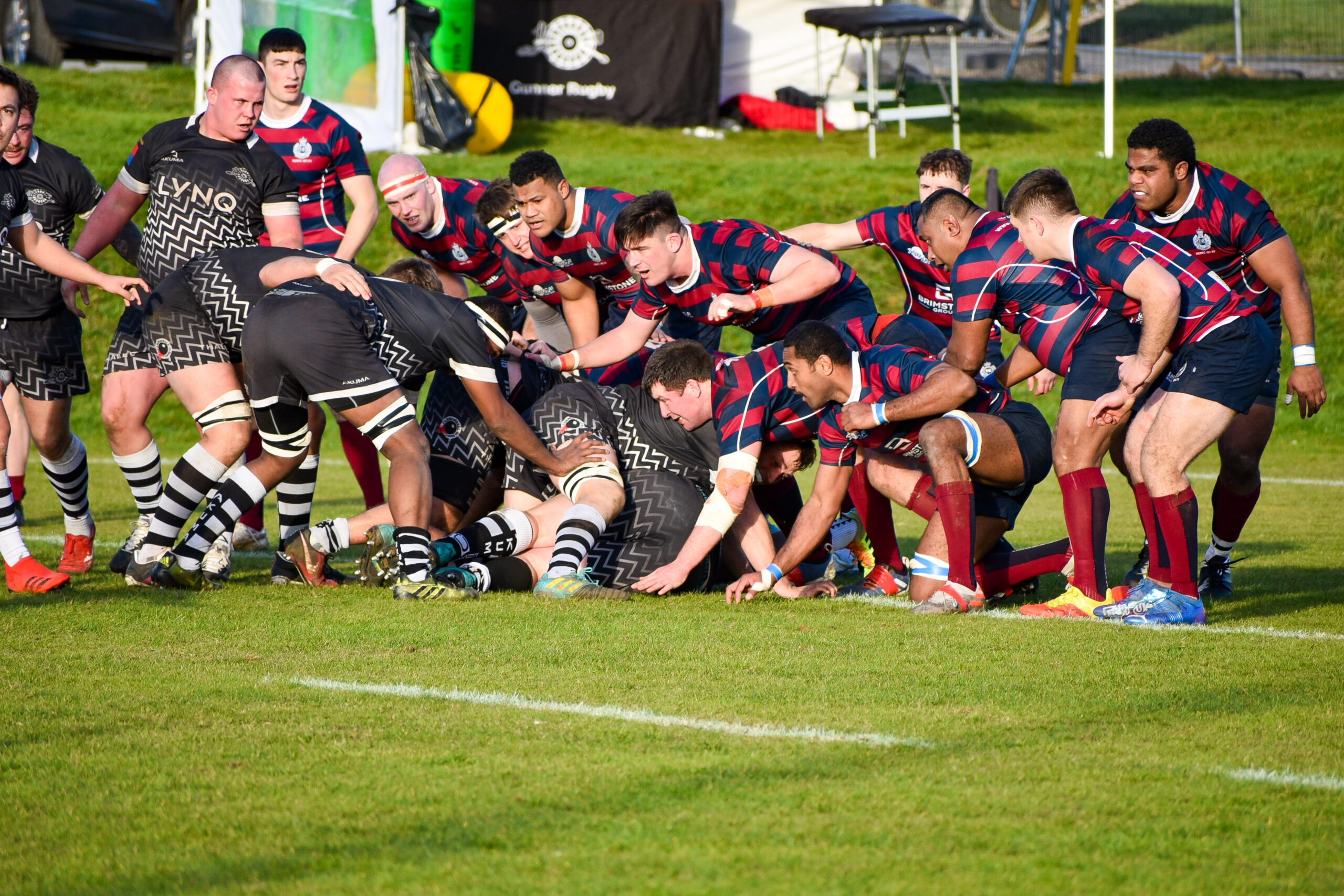 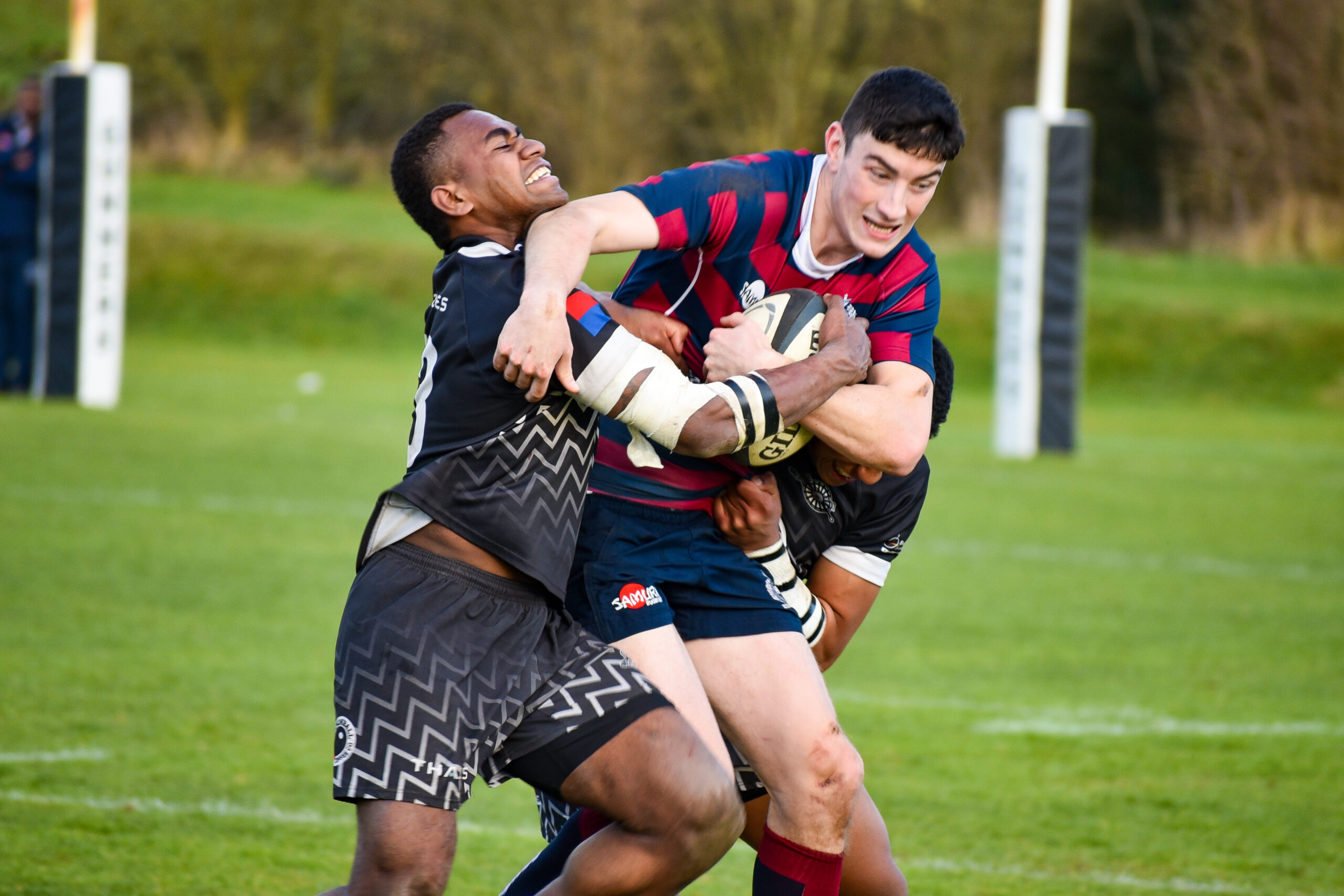 In League 2 the Infantry had booked their place in the final in Round 5, and they continued their good run of form with a comprehensive 37-0 win over the Army Medical Services.

But all eyes were on the other game between the Royal Signals and Royal Armoured Corps, where the hosts Signals could make the final with a win and denying the RAC anything from the game.

At half-time the situation was looking promising as a try just before half-time gave the Royal Signals a 21-10 lead at the break.

They would go on to add another converted try in the second half, but with two converted tries of their own the RAC had put themselves with bonus point range and the 28-24 result was enough to see them pip the Signals in the league table.

The League 3 finalists had been confirmed after Round 5, and the AGC maintained their momentum to seal their table-topping position with a 33-0 home win over the AAC.

Meanwhile the RAPTC had a 20-0 walkover win over the Intelligence Corps, who withdrew from the match.

All these matches will be played at the Army Rugby Stadium in Aldershot on May 18th, 2022, KO timings to be confirmed in due course.