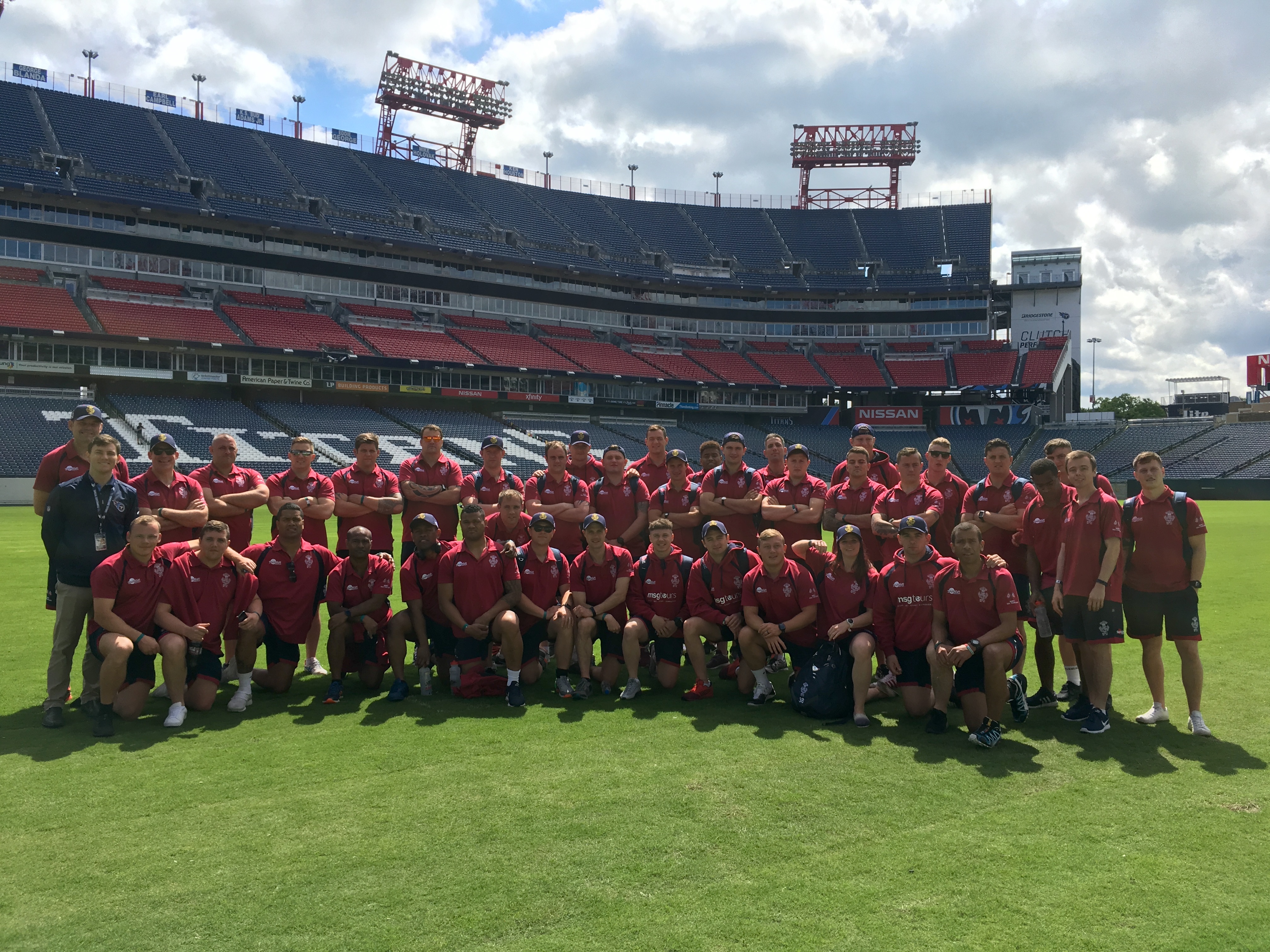 Are you aware of the opportunities available to you by playing sport in the Army?

One fantastic opportunity is going on a representative sports tour with either your Unit, Corps or an ARU team.

To give you an idea we have case studied the Royal Engineers RFC trip to the US earlier this year.

In May a team of 40 Royal Engineers Rugby Union players, coaches and management met in Gibraltar Barracks for a tour of the USA.

This was an opportunity to grow as a squad and to experience rugby in the USA, which is their fastest growing sport, as well as extending a strong history of tour performances as a club. It had been a strong season and the tour would provide an excellent opportunity for team-building and a firm basis for a successful season to come.

Following a couple of days of pre-tour training, we travelled to Heathrow Airport from where we flew into Nashville. Morale was high and even a 9-hour flight did not dampen spirits, with Nashville famous for its live music and exciting atmosphere. The first training session was a case of re-finding match sharpness, running off a day spent on a plane and acclimatising to the humidity, before our match against Nashville RFC on the Sunday with the whole squad keen to start on winning ways. A blistering start was followed by a slightly quieter period before half time, but the Sappers pushed on again to run away with an emphatic 88-5 score-line. An enjoyable game, followed by an excellent 3rd half in the Nashville RFC Clubhouse, with Spr Liam Findlay claiming Man-of-the-Match. Before leaving the city we took the opportunity to have a tour of the Tennessee Titans’ Stadium, before a guided tour of the Jack Daniels Distillery in Lynchburg, Tennessee.

Next stop was Memphis, where we had the opportunity for another cultural trip to Graceland, Elvis Presley’s home, before fitting in an evening training session in a local park as the next game was the following night. The following day (Game Day 2), a number of players and management undertook some community engagement with local underprivileged children.  These children are learning to play rugby and it was great opportunity for them to experience rugby with a team from outside the USA.  After our win in Nashville, word was clearly out on the standard needed to beat us, and so the Memphis side became a composite team from the area and wider state (including a state player from Arkansas).  Again, the game was played in very humid conditions with heavy rainfall before and during the game. This was a much tighter fixture, with the Sappers unable to get into our rhythm. In the end RERFC were able to secure a 22-10 victory, with another back-rower, Spr Matty Eyres, awarded Man-of-the-Match. During the stay in the city we were able to enjoy Beale Street and visit the National Civil Rights Museum on the site where Dr Martin Luther King Jr. was assassinated. A very interesting museum which all players found moving. 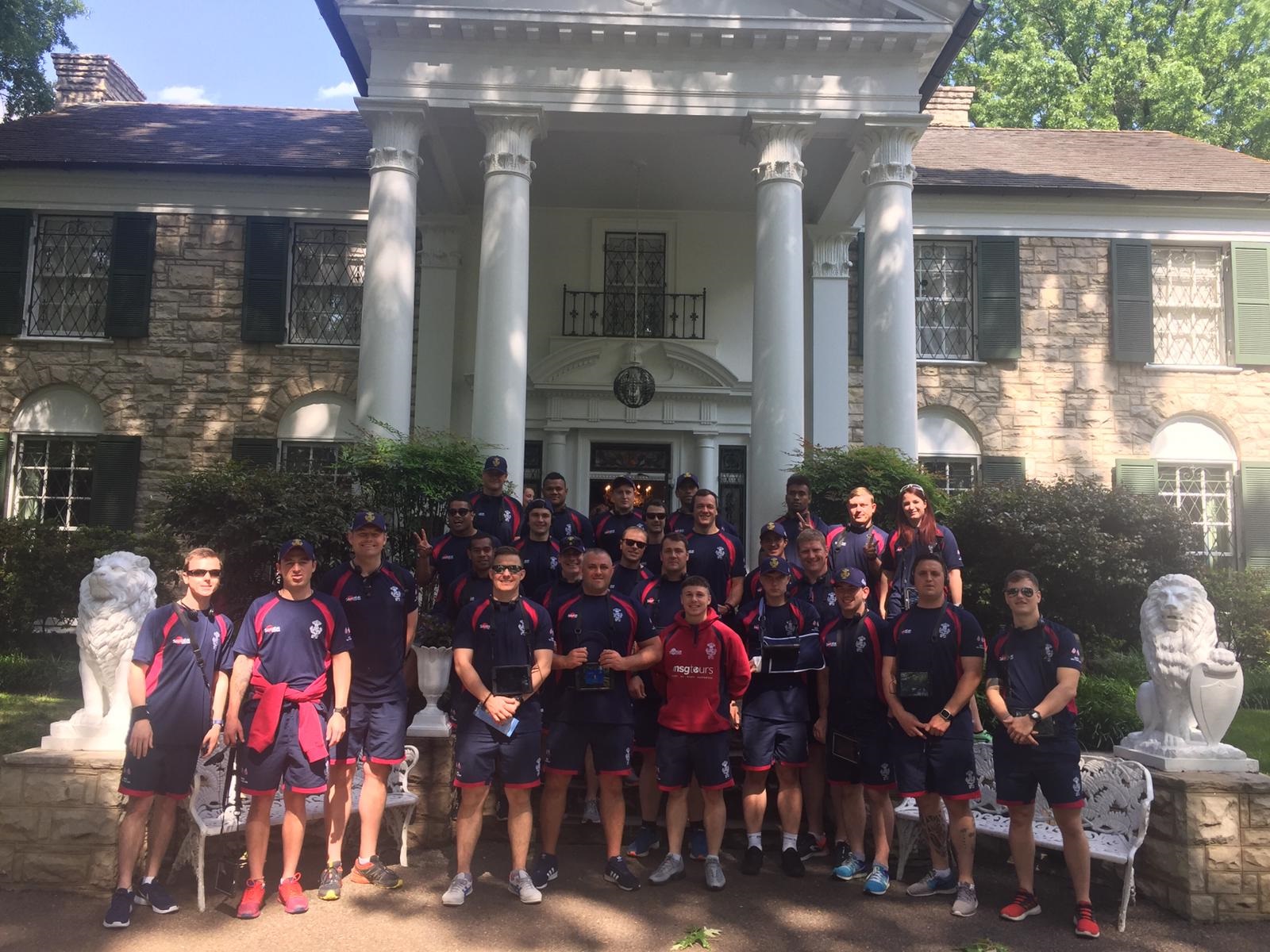 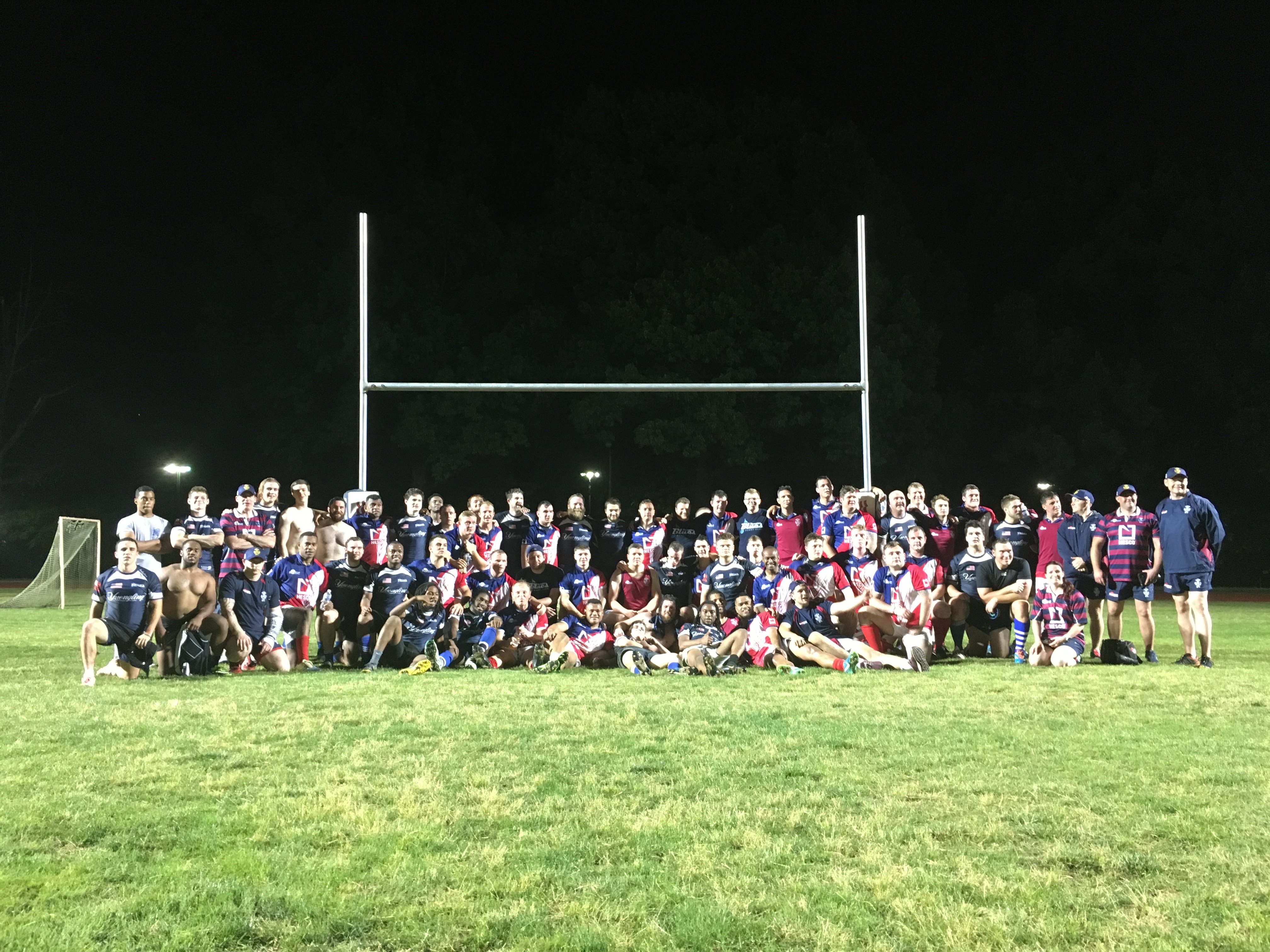 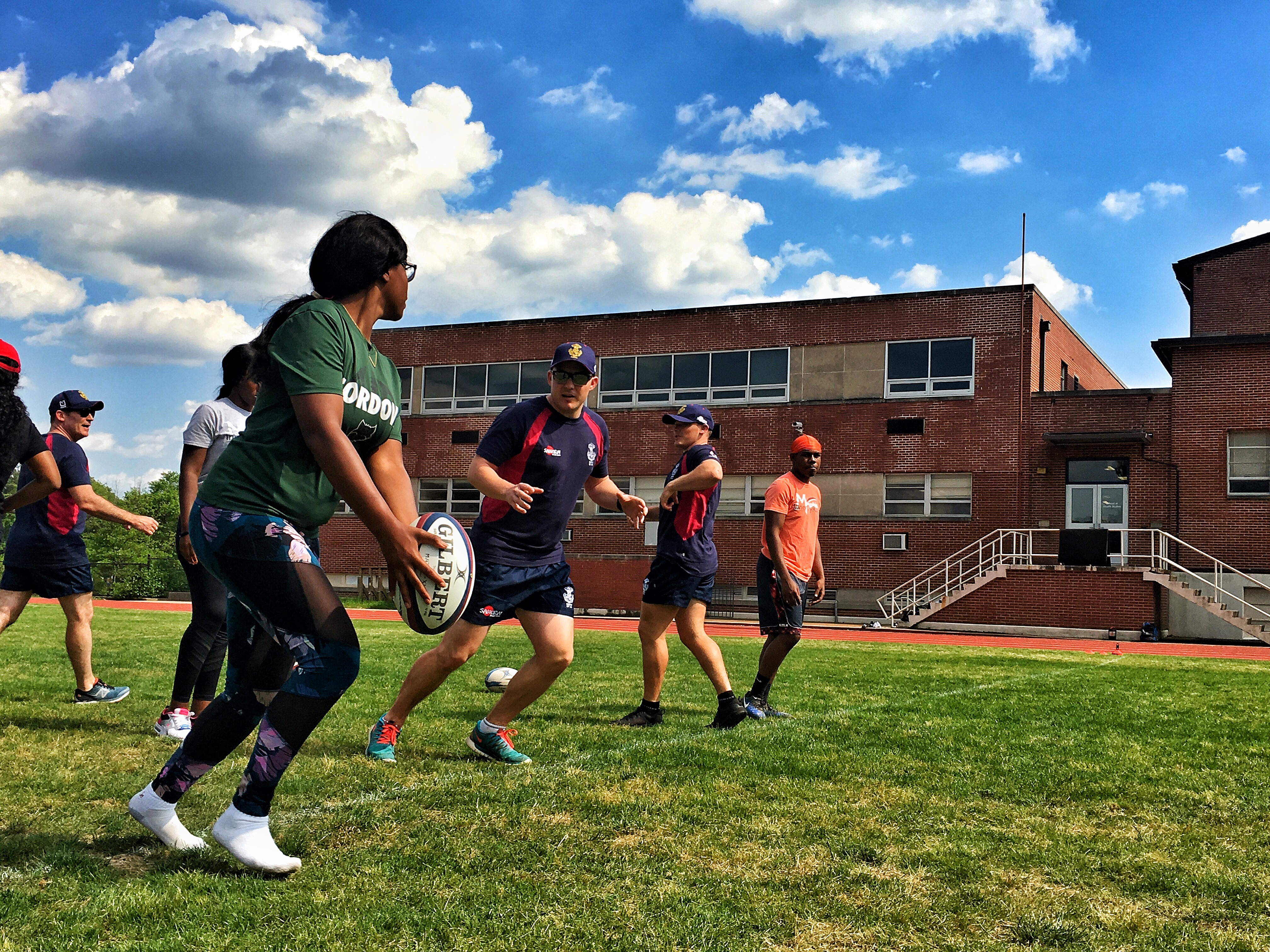 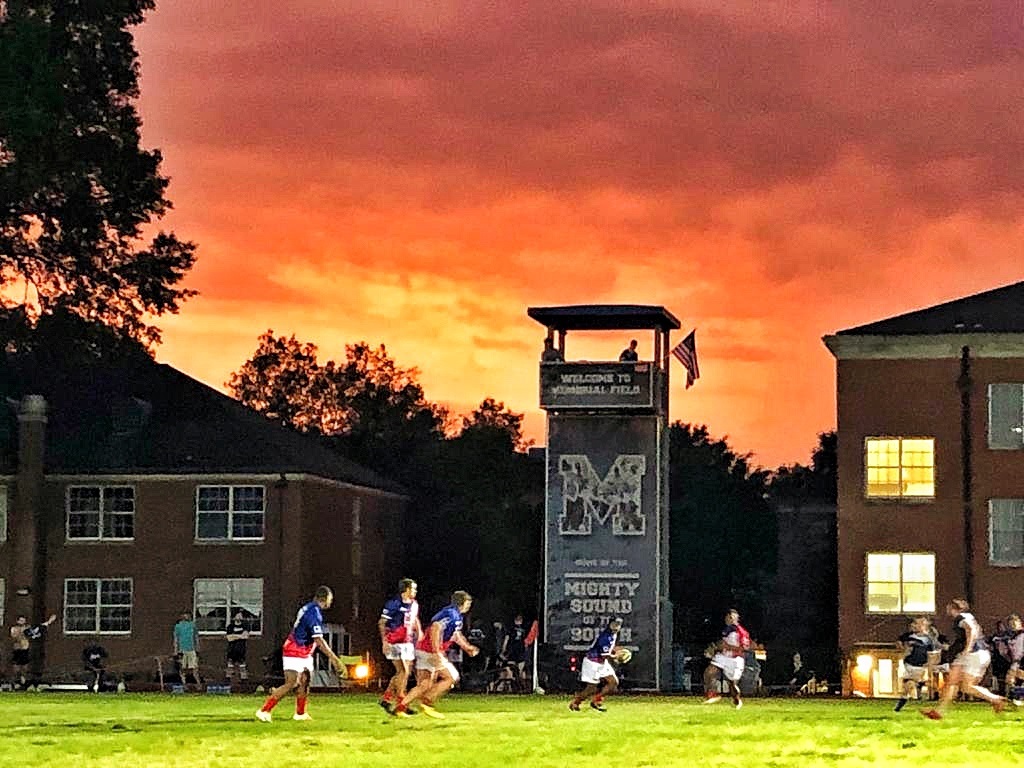 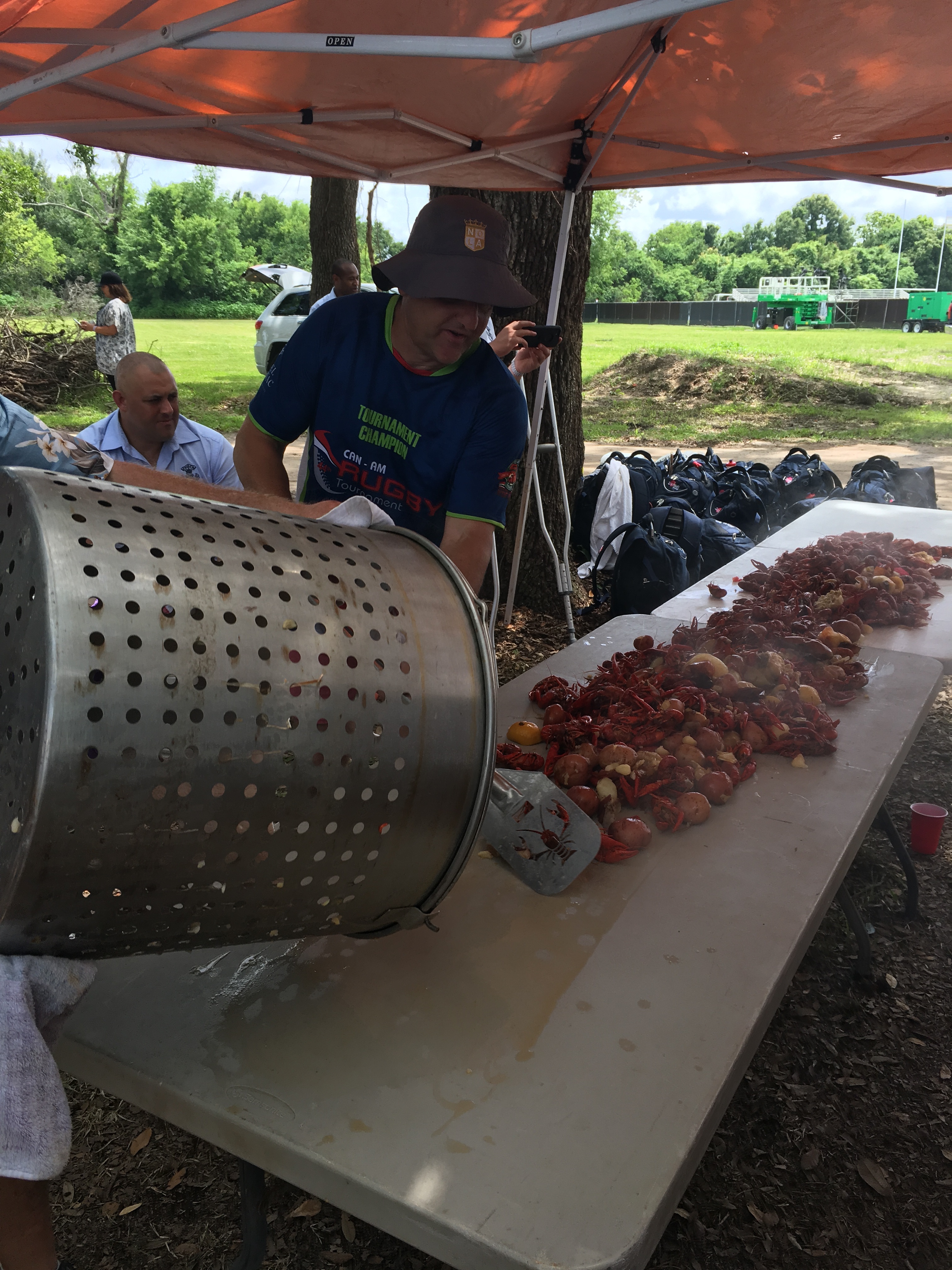 On the Thursday we made the coach journey to Louisiana, arriving in New Orleans for the evening and exploring Bourbon Street. A slightly slower training session, made worse by the heat, was followed by a swamp tour to witness the unique eco-system in that part of the country. Before too long we were at our final fixture against NOLA Gold 2XV, the toughest fixture of the tour. It was a close encounter, with opening exchanges putting the hosts ahead at half-time, before a resurgent Sapper side came back to take the game 31-29 with Spr Mikie MacDonald winning the Man-of-the-Match. Post-game we were hosted with freshly cooked crawfish and Jambalaya in a tailgate party. We were then hosted in the VIP tent and saw the 1XV play Houston SaberCats. Our final day was spent exploring New Orleans and relaxing before the flight back.

With all fixtures won and a well-rounded experience of the USA, we return to the UK fully prepared for the next season. The tour provided a fantastic opportunity to develop and strengthen as a squad and offered a special opportunity for all those involved which will not soon be forgotten. Special mention goes to Lt Col Williams for organising the tour, and to Head Coach WO1 (SMI) Young, for which this was his final fixture with RERFC and whose contribution to the Club, Corps (Germany) and Corps throughout his military career has been huge. The focus now switches to the season ahead in Merit League Table 1. 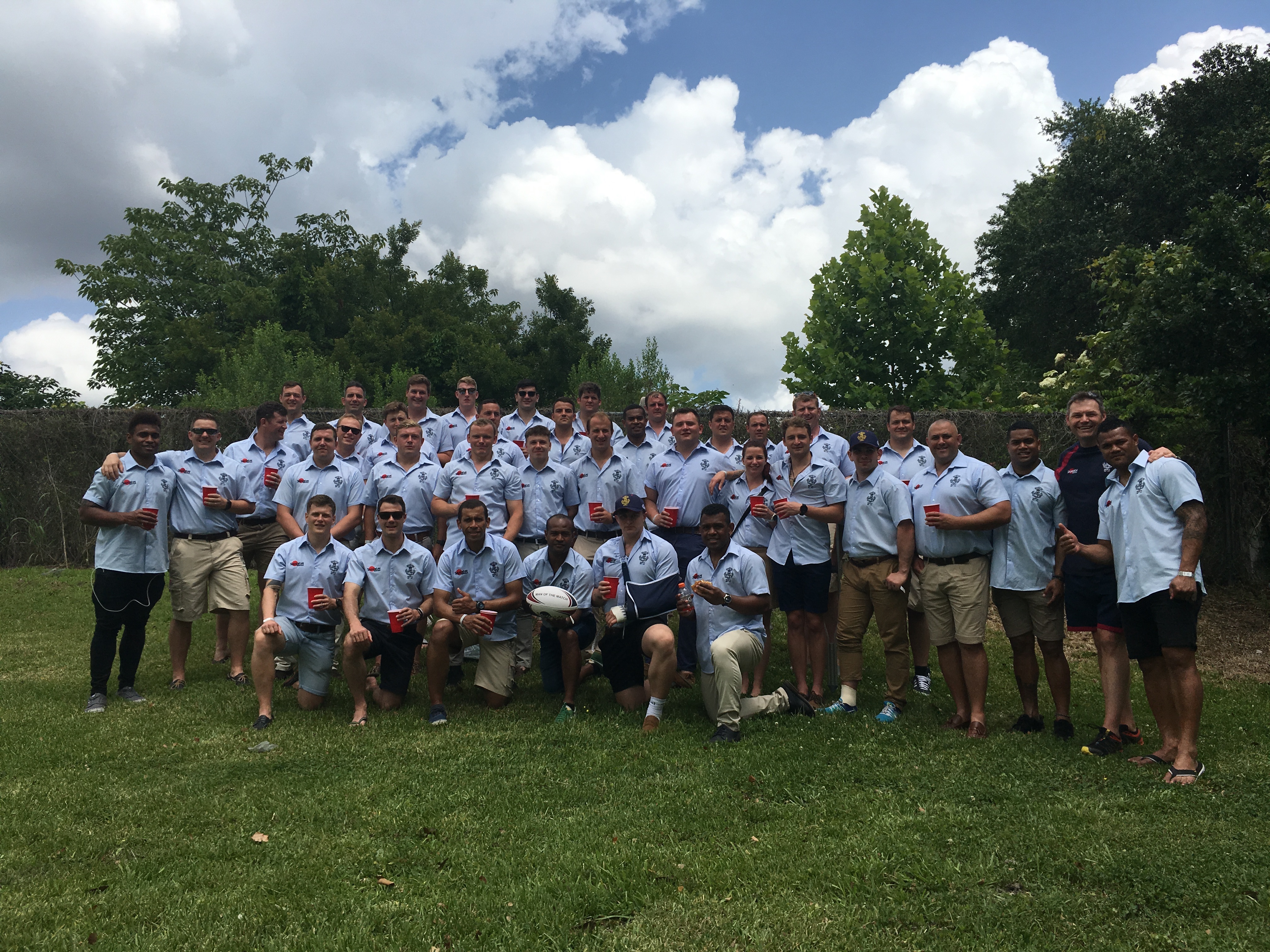 To find out more about organising a rugby sports tour visit the Overseas Touring Page of our website.