The Royal Corps of Signals RUFC senior XV came together for the first time in the 2019/20 season at Gamecock Barracks, Bramcote. Following on from their most successful season in 15 years, Head Coach, SSgt Jone Fatiaki, and his team had a well-devised and thoroughly challenging week of intensive training ahead of them as they prepared to compete in the Corps Championships Merit League 1; during the centenary year of the Royal Corps of Signals. The message throughout the training camp was that of teamwork, perseverance, and commitment. Regardless of what they face #WeWillOvercome.

The team started training with a focus on fitness and agility as well as looking at individual tackling, passing and rucking skills.  As the squad was made up of a mix of experienced players and players who have progressed through the Corps development squad this was vital in allowing the coaching team to assess strengths and weaknesses going forward.  The squad then split down with newly appointed captain LCpl Jack Rush taking his backs through set pieces and game play while vice-captain LCpl Kyle Routley took the forwards through line outs, scrums, rucks and mauls.  They then came back together as a squad to run through game scenarios and phase play.  Throughout the week the squad also utilised the excellent training facilities available at 30th Signal Regiment to carry out strength & conditioning training, pool-based fitness and much needed recovery sessions.  The pool also came in very useful for simulating ball conditions when it comes to playing rugby during the British winter! 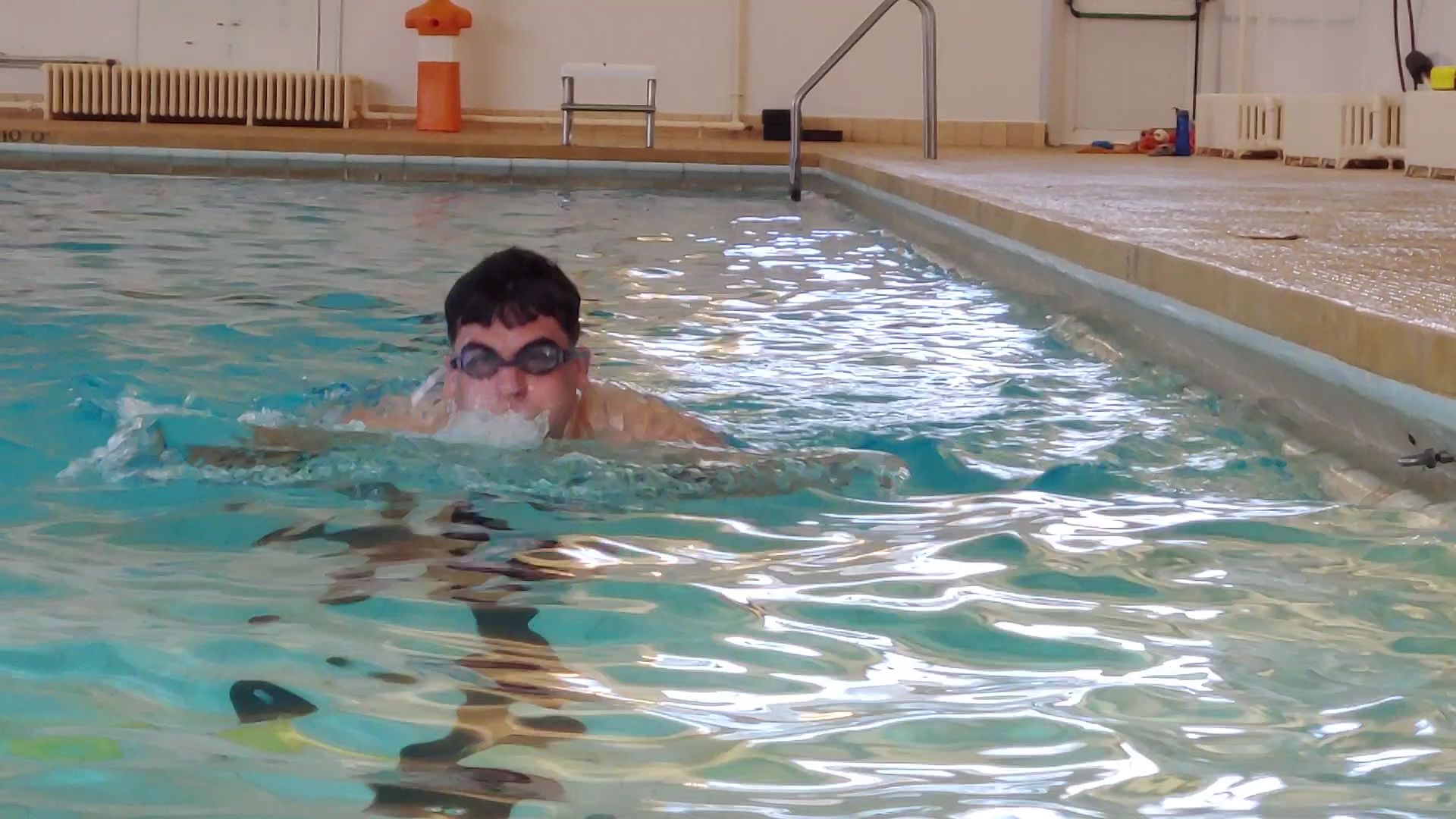 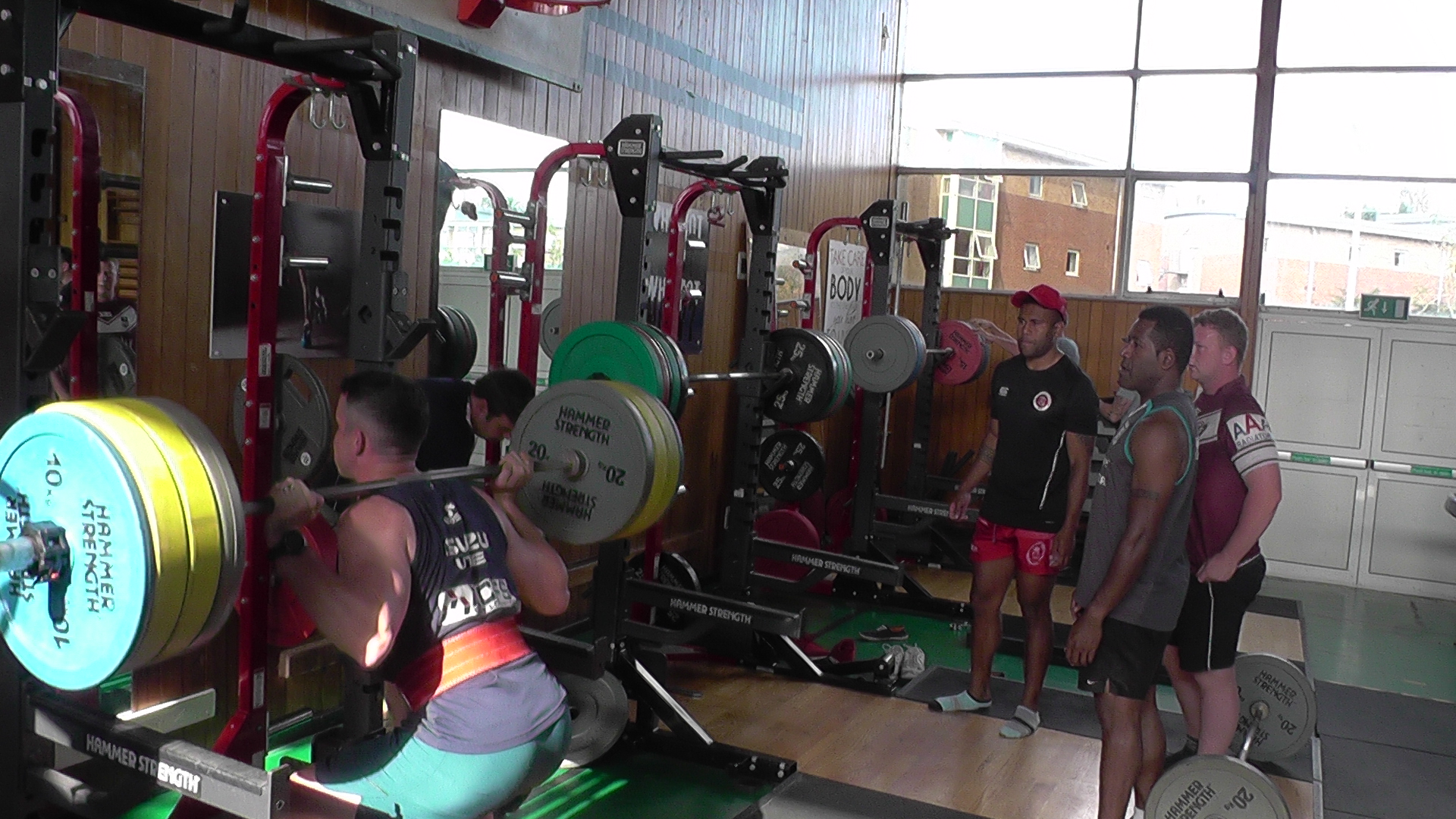 After a stirring motivational speech by the Director of Rugby, Lt Col Jason Kennedy, the team were anticipating getting back on the field and putting the week’s hard work into practice.

Arriving at Hinckley RFC early on Friday evening it became fully apparent that the National League 2 North club were no slouches.  A clubhouse full of honours including former player Manu Tuilagi’s England shirt reinforced the fact the Royal Signals were not in for an easy ride. The opposition were a composite side, made up from their Leicester County Championship winning 2nd XV with the bonus of youth coming from their newly formed under 23’s squad.

Immediately from the kick-off, it was evident that the Corps side were in for a hard 80 minutes of rugby. However, following a series of strong forward possession the Royal Signals gained an early lead through a try from Number 8 Lt Josh Bell, and with LCpl Jack Rush adding the 2 extra points, the Corps side were up by 7-0. Then came an ensuing display of strong defensive efforts from both sides, where nobody seemed to be able to find a way through either side’s defence. Domination came in the scrum, where the front row of LCpl Will Dennett, LCpl Kyle Routley, and LCpl Jack Godden led the way, but the backs were unable to break the wall of yellow and black to convert it into points. Hinckley continued to counter-attack at high intensity, but it wasn’t until just before the end of the 1st half that the strong defence inevitably faltered allowing Hinckley to get a try. The half time whistle halted play with the Royal Signal RUFC up by 7-5. 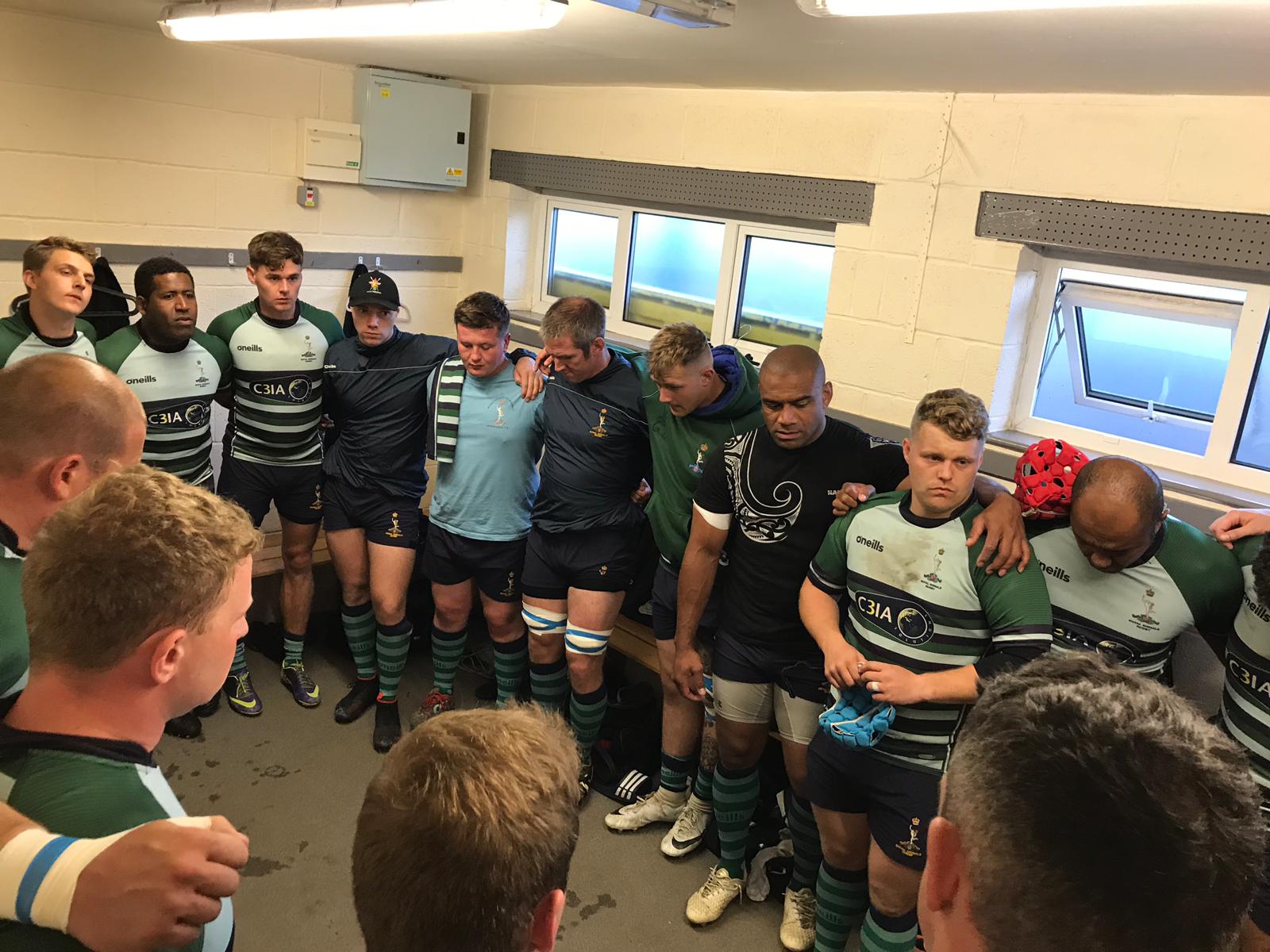 The second half started with as much ferocity as the first but having already lost scrum-half Sig Richy Chandler and winger Lt Gareth Gardner to injury, the Corps were starting to feel the pressure. The loss of 2/3 of the front row at the same time forced the game to uncontested scrums which unfortunately changed the pace of the match to Hinckley’s favour. With the Royal Signals having lost the advantage in the scrum, the Hinckley forwards were able to be more competitive at the breakdown forcing a penalty which they managed to convert into points. Thankfully LCpl Jack Rush was able to fire back to regain the lead only for Hinkley to be awarded another penalty almost immediately which they again managed to turn into 3 points. LCpl Rush was given another opportunity at 3 points and again the lead switched to a narrow 13-11 in the Corps’ favour.

A tense final 10 minutes saw missed opportunities from both sides until Hinckley managed to break through for a try and the conversion gave them the lead at 13-18 and in the face of continued pressure, a final penalty for them ensured victory with a final score of 13-21.

Despite the loss, there were a lot of positives to take away by the team and points to correct before they face the Royal Logistic Corps in Blandford on Wednesday 25th September to open their Corps Championships campaign.

Royal Signals RUFC would like to thank 30th Signal Regiment for allowing the use of their sports facilities, Warwickshire & West Midlands (South) ACF for the use of their accommodation and of course Hinckley RFC for providing with a strong opposition.