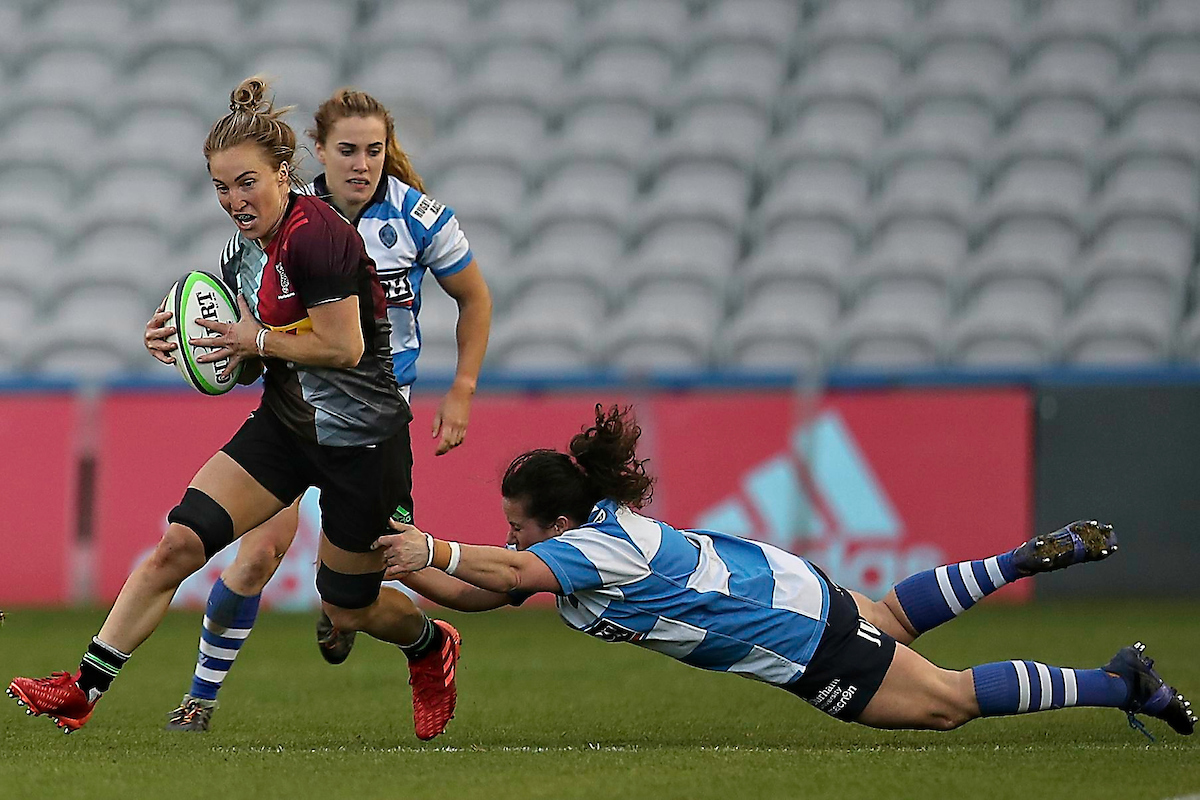 Dainton returns to action for Harlequins

By Kimberley FowkeDecember 18, 2020No Comments

The flanker has missed the last six weeks due to injury and takes her place on the replacements bench alongside her Army teammates Capt Alexandra Eddie (QARANC) and Sgt Jade Mullen (AGC (SPS)).

After their unscheduled weekend off Harlequins will be refreshed ahead of the clash at Sixways (KO 14:00), where they will be looking for an eighth successive win of the season to maintain their place at the head of the table.

Harlequins are also welcoming several internationals back into the squad, but head coach Gerard Mullen is expecting a challenging afternoon, saying: “I’ve been really impressed by what I’ve seen from Worcester this season.”

Two other Army Senior Women will be in action this weekend, SSgt Sarah Mitchelson (RLC) and Capt Gemma Rowland (Royal Artillery) both on the Wasps bench for their home match against Gloucester-Hartpury at Twyford Avenue on Saturday.

Wasps’ recent good form – four wins in the last five matches and two bonus points in the narrow loss to Saracens – has propelled them up to third in the table. But Gloucester-Hartpury’s only losses in the same period have come against the league’s top two, so this match is going to be eagerly fought.

You can watch it live from 1:30pm on Saturday afternoon via the Wasps Ladies’ Facebook and YouTube pages.

In the European Rugby Champions Cup Pte Ratu ‘Siva’ Naulago (Yorks) is following up his club debut against Clermont Auvergne last weekend with a first start for Bristol Bears in their Round 2 trip to Connacht.

The Bears earned a try scoring bonus point against Clermont but things do not get much easier, as Connacht sit second in their Pro14 Conference and pushed last season’s finalists Racing-92 all the way in Paris in Round 1.