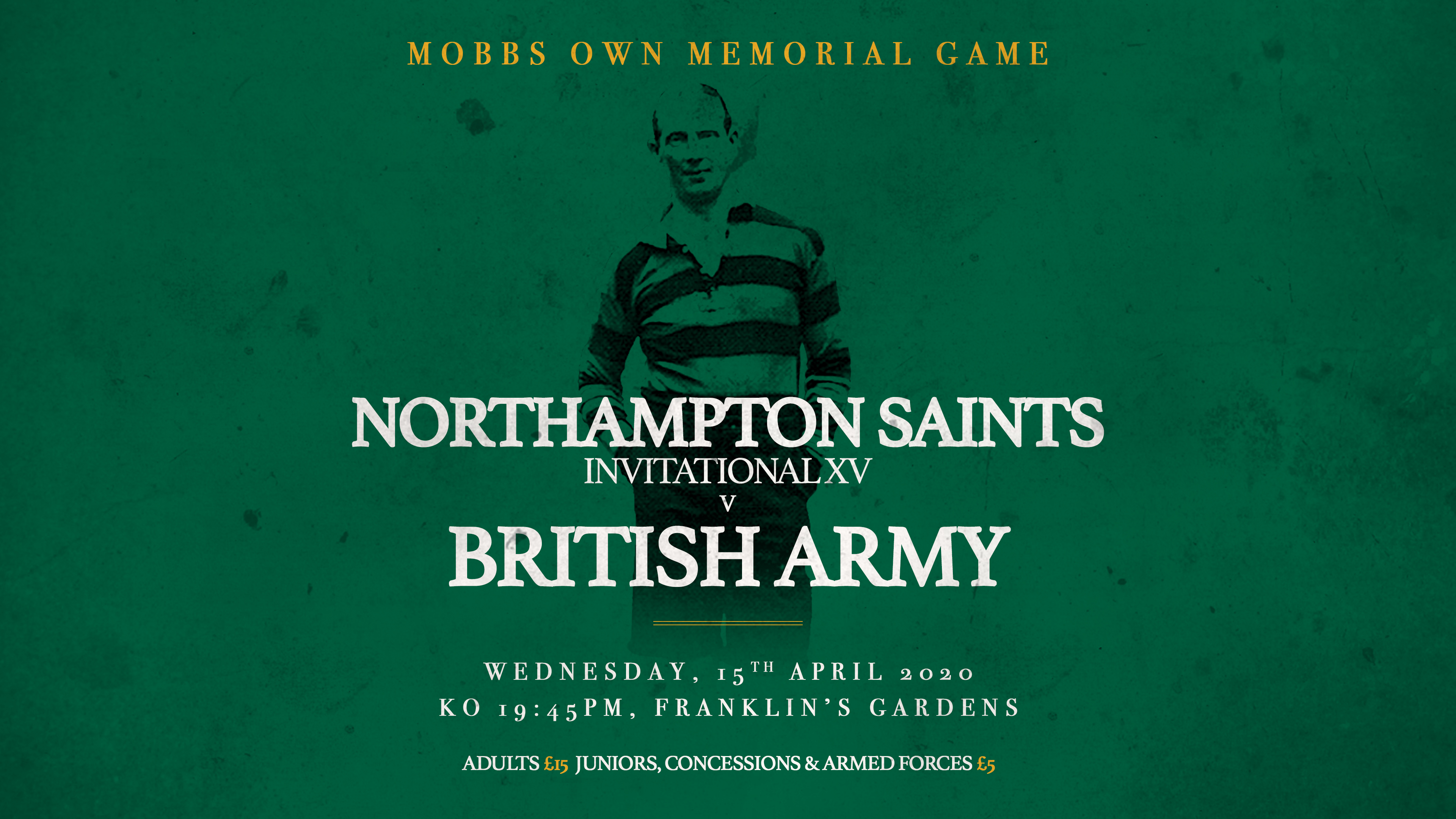 First played in 1921, the Mobbs Memorial Match honours Edgar Mobbs – both a Northampton Saints legend and World Rugby Hall-of-Fame inductee, as well as a World War One hero.

Contested between the East Midlands and the Barbarians until 2011, Franklin’s Gardens has played host for the fixture every other year since 2012 when it was re-launched, with Bedford Blues also locking horns with the British Army Senior Men’s team on a biennial basis.

The 2020 fixture will see the Army take on Northampton Saints Invitational XV on Wednesday 15 April 2020, 7.45pm kick-off, with tickets priced at £15 for adults and £5 for juniors, concessions, and veterans of the British Armed Forces.

Proceeds as usual will support the charitable aims of the Mobbs Memorial Fund, which promotes the development of youth rugby in the East Midlands. 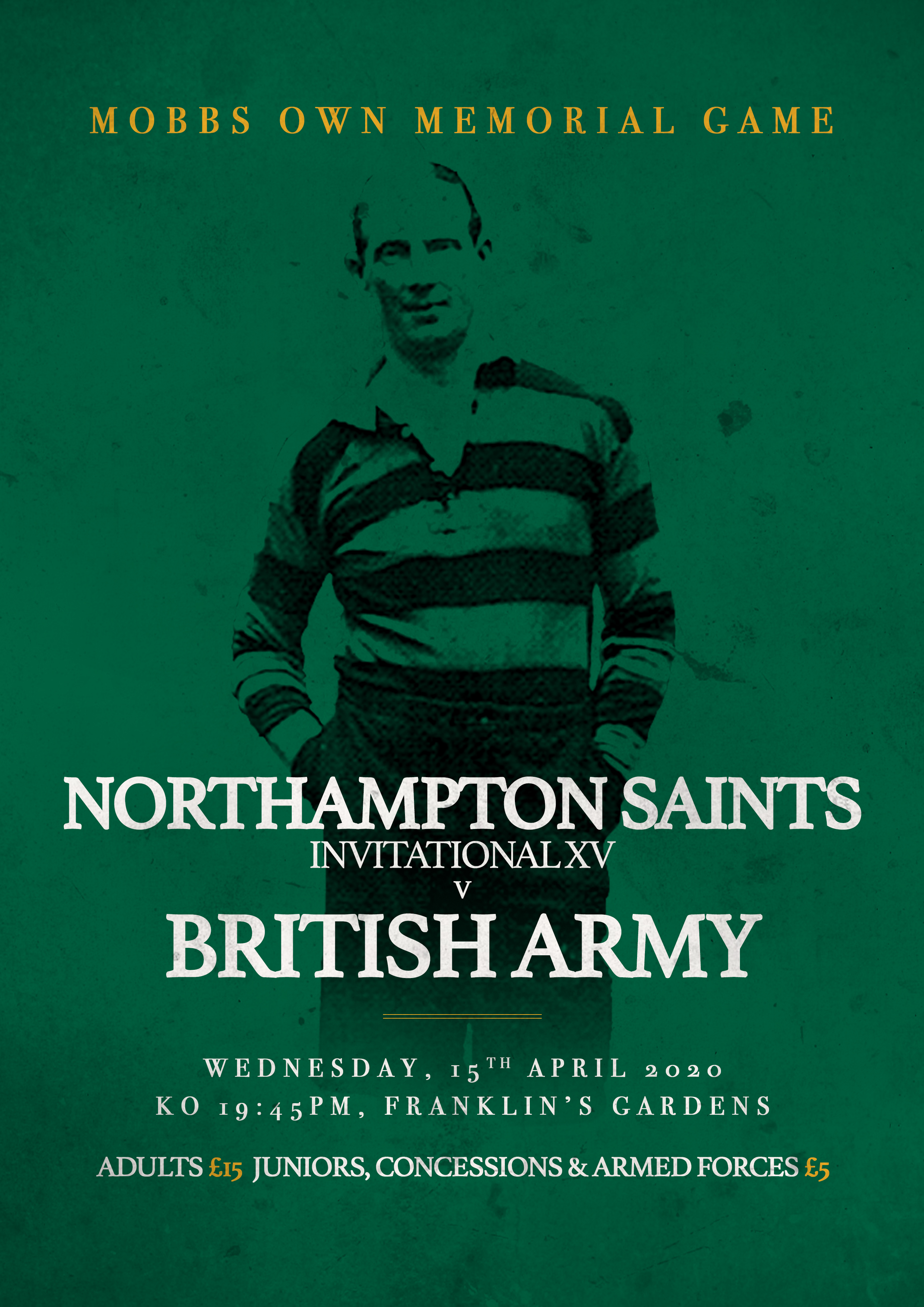 A statement from the Army v Navy Match Committee