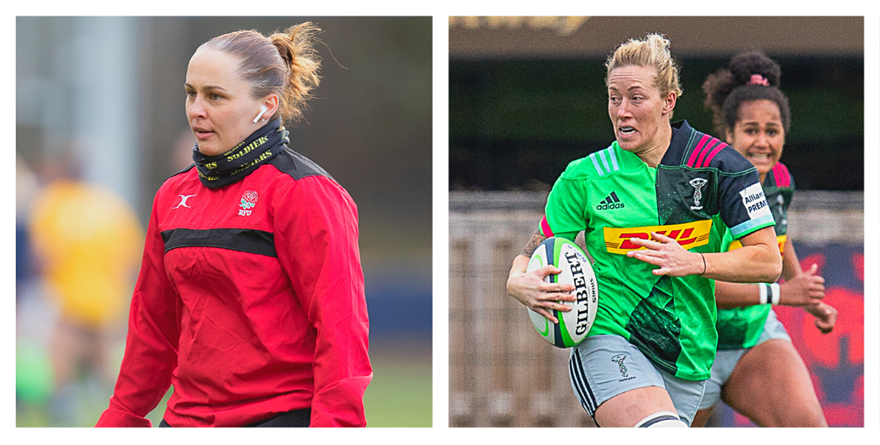 By Kimberley FowkeMay 28, 2021No Comments

The Army Rugby Union will have representation on the playing and officiating fronts in this weekend’s Premier 15s Final.

Kingsholm hosts the two best women’s teams from the league campaign on Sunday, Saracens and Harlequins heading to the west country for the domestic season’s showcase occasion.

Harlequins have included at least one Army representative in every match day squad this season, and they continue this trend with the naming of Capt Alexandra Eddie (QARANC) on the bench.

Having had a two-match blip in mid-season Harlequins have remained unbeaten, including a 17-all draw with Saracens at the end of March. This was the only clash between the two London rivals, the other having been called off due to a number of Covid-19 cases.

They will no doubt take plenty of confidence from this match into the final, the third successive time the two teams have met with the Premier 15s silverware up for grabs.

“Anything can happen in a one-off game like Sunday’s final,” says Harlequins head coach, Gerard Mullen. “I have no doubt it will be a tight game, but I believe in our preparation and as a squad we’ve done all we can to ensure that we can go that one step further this season and come home with some silverware.

“I’m sure the level of play and the physicality will be very high. It will probably come down to the finer margins so it will feel more like a Test game rather than a standard league fixture.

“No doubt about it, it will be a great spectacle for everyone watching, whether at the ground, at home, or watching around the world.”

Helping to keep the 70 minutes a great spectacle will be Capt Nikki O’Donnell (QARANC), who will be one of the two assistant referees in Gloucester. This is another top appointment for Capt O’Donnell, who refereed Saracens’ semi-final win over Loughborough last weekend, and culminates a season in which she also added to her tally of international matches.

Sunday’s match kicks off at 16:00 with live coverage on BT Sport 1.