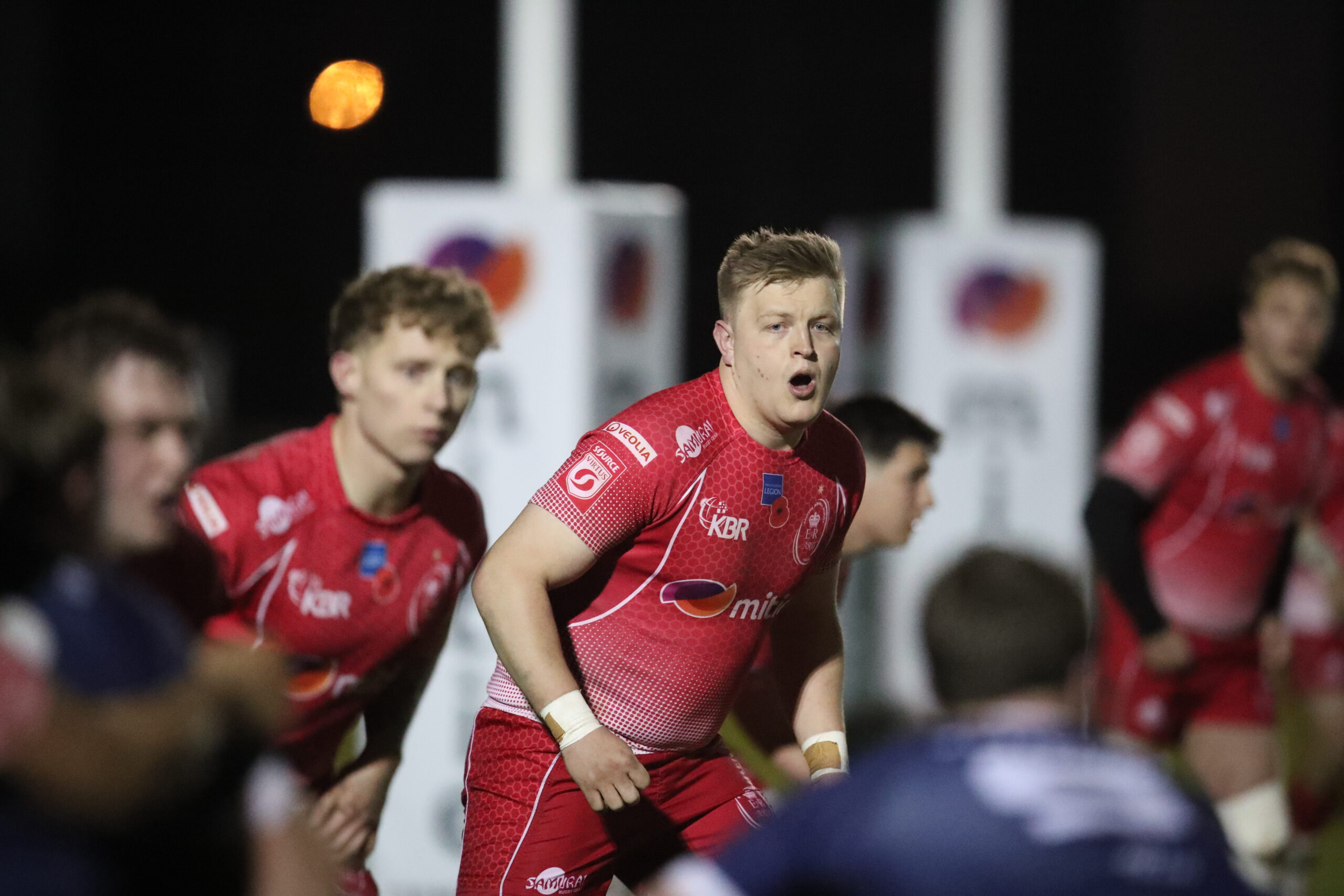 By Kimberley FowkeFebruary 12, 2022No Comments

The Army Senior Men went down 20-0 to Oxford University at Aldershot on Friday night.

If Capt Mal Roberts (RLC) had wanted a stiff challenge for his team then the opening 10 minutes showed that this was exactly what the red shirts had in front of them.

Oxford had come to Aldershot to play, especially up front, and it was the pack which gave the Dark Blues the strongest of platforms from which to do just that. The first two scrums overwhelmed the hosts, and while the third stayed upright Oxford opted to spread the ball wide, winger Mark Baecker going over in the corner.

With David Wlkinson having landed an earlier long-range penalty the Dark Blues had a thoroughly deserved 8-0 lead, and looked like they were about to cut loose, especially with the Army having to change both their second rows as well as skipper Capt Jamie Miller (AAC).

“In the first half alone we lost both second rows and our skipper, and to lose the backbone of your set piece you’re always going to struggle,” Capt Roberts acknowledged. “It was unfortunate to pick up those early injuries and when you do that and go behind in the game you’re always chasing.

“People are going to make individual errors and push boundaries in these kinds of games as they try to impress and get in the squad of 30. People are running harder onto the ball, trying to do more for the team, and the boys are understandably rusty coming out of the pandemic.

“This was a step up in quality, with no disrespect to the teams we’ve played already, and since we held the trial in October, November time to now we have been experimenting. For me it’s about giving people opportunity in the red shirt, for those who have made the step up from Corps to Army to prove they can play at this level.”

Oxford got a second try at the end of the opening quarter, Alexander Postenious coming up from a lineout drive with the ball, but the intervening 10 minutes had some positive moments, half-backs SSgt Tom Chennell (HQ RAPTC) and 2Lt Matt Smart (Yorks) getting the ball wide quickly and Capt Will Reeve (HQ 4X) looking lively at full back. 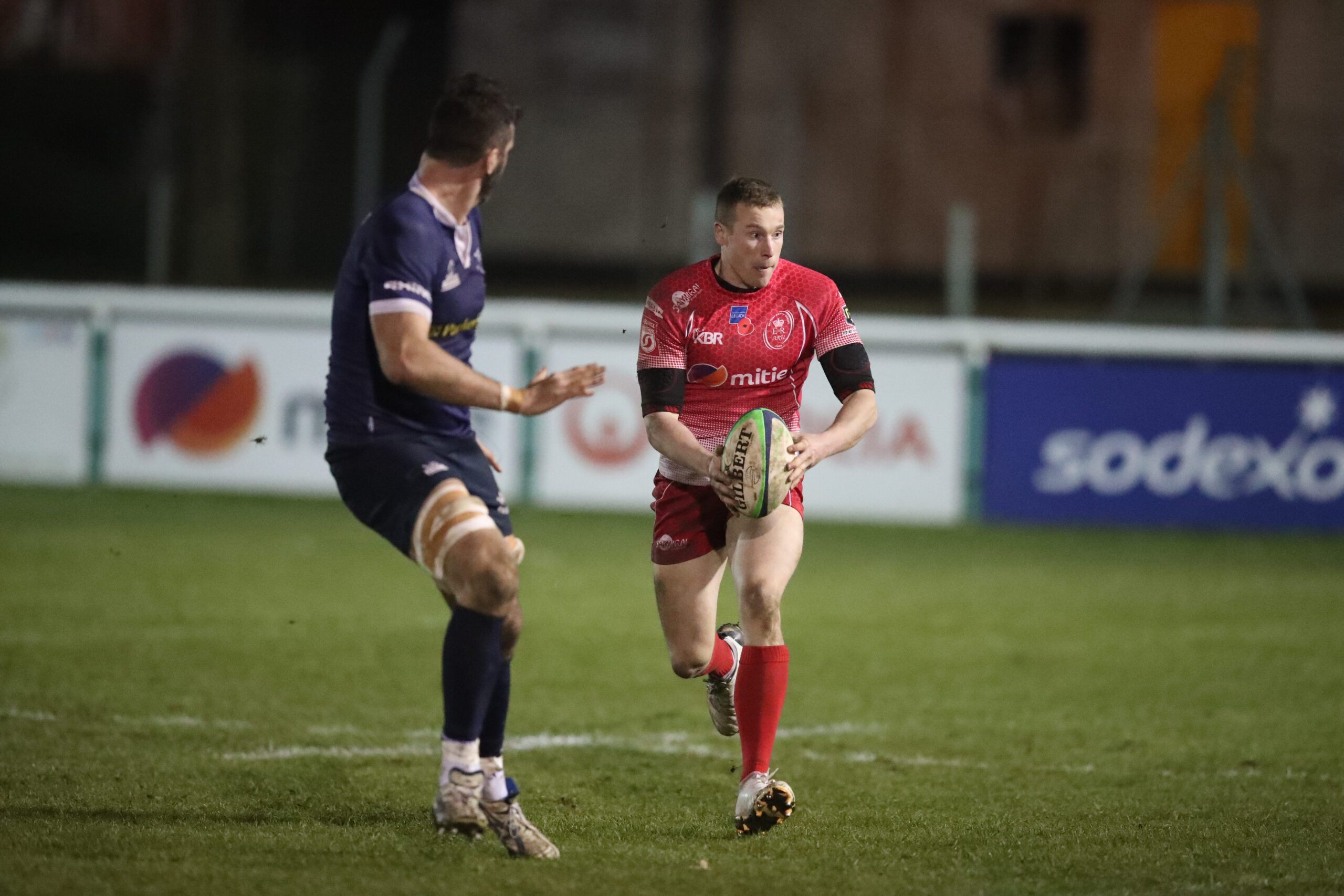 But the ball retention was not as sharp as it needed to be, and the hosts were unable to get the foothold in the contest they craved.

The Army’s most promising position came just after the half-hour, when 2Lt Smart kicked a penalty deep into Oxford territory. But the lineout was won against the throw, the ball was kicked downfield, and with the visitors’ scrum dominance continuing it was little surprise to see the referee’s arm raised and the ball sent to the home five-metre line.

However, the red defence held – despite losing a man to the sin bin – and when Capt Reeve turned an outstanding tackle into a penalty turnover the lines had been cleared.

Trailing 0-15 at the break the Army needed to establish some dominant passages of play themselves, and Capt Roberts rang the changes during the interval to try and achieve this.

When Oxford recovered their own kick off to set up camp on the home line it looked for all the world as if the second half would go the way of the first.

This time the Army did not just resist the initial Dark Blue push, but also began to string some phases together and look dangerous with ball in hand. The best opportunity came nine minutes into the half, a quick tap and mazy run from Spr Mikey McDonald (RE) followed by front row duo LCpl Epeli Kotobalavu (47 Ad Sqn) and Bdr Lee Westwood (3 RHA) barrelling their way towards the whitewash.

LCpl Kotobalavu also had a chance to stretch his legs on the hour with a break which burst through the first line of defence. It was a run to warm the spirits, so it was unfortunate that the supporting runners came straight off their feet to concede a penalty. 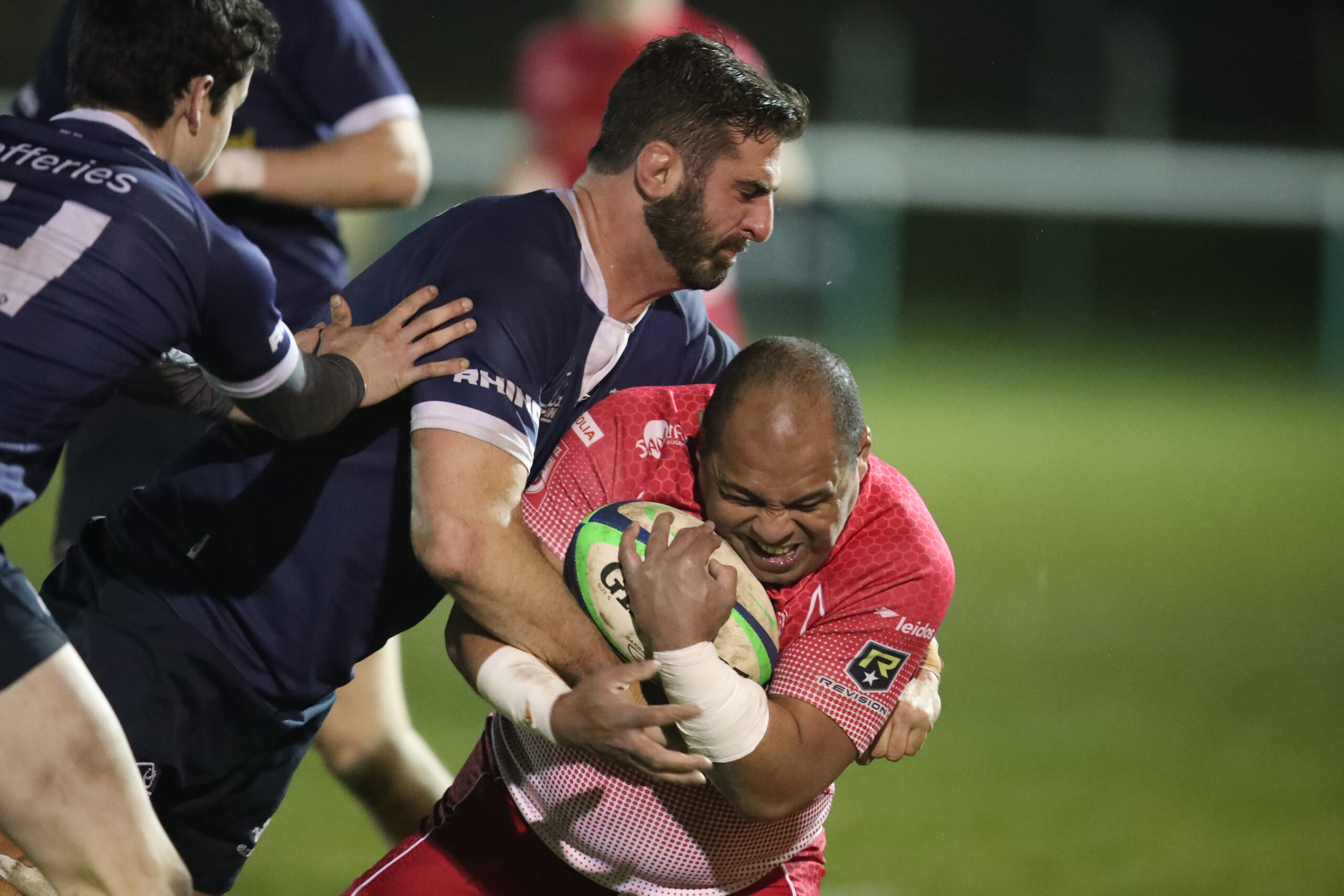 It was at this point where the Army’s discipline began to fail them, and when the visitors kicked themselves down to the home line there was to be no mistake, a try coming in the far corner.

It was a smash-and-grab raid which was disappointing given the hosts’ dominance of possession, but was a useful reminder of the need to convert chances into points.

This was emphasised with five minutes to go, when Spr McDonald tapped another quick penalty and danced his way to within inches of the whitewash, only to be overwhelmed by the visitors’ defence and concede a penalty.

That was the last chance for either team, but Capt Roberts said that he was happy with the way the red shirts applied themselves in the second half.

“The second half was a really good team performance, backs against the wall stuff, and it is a cliche but sometimes you learn more from a defeat than you do from rolling through the season with easy victories,” he said.

“At half-time I asked for passion, desire and want, for pride in the jersey, and they showed that in abundance in the second half.

“It’s a massive learning curve, a line in the sand, and the lessons that we learn from this are crucial going forward.”

Next up for the Senior Men is Cambridge University in a game at Grange Road on Wednesday, February 23rd. With a relatively short turnaround Capt Roberts says that the players will have to start their preparations now before the next training camp.

“The most important thing now for when we play against Cambridge is recovery,” he commented. “That was a heavy game for some players who haven’t played in the last two years, and some of the knocks will lay on the players.

“But we’ll relish the challenge of playing Cambridge. The Varsity games are always competitive fixtures.

“I’ve got a base of around 50 players who are there or thereabouts, and the challenge now for me and the other coaches is to cut that to 30 going into Inter-Services.”