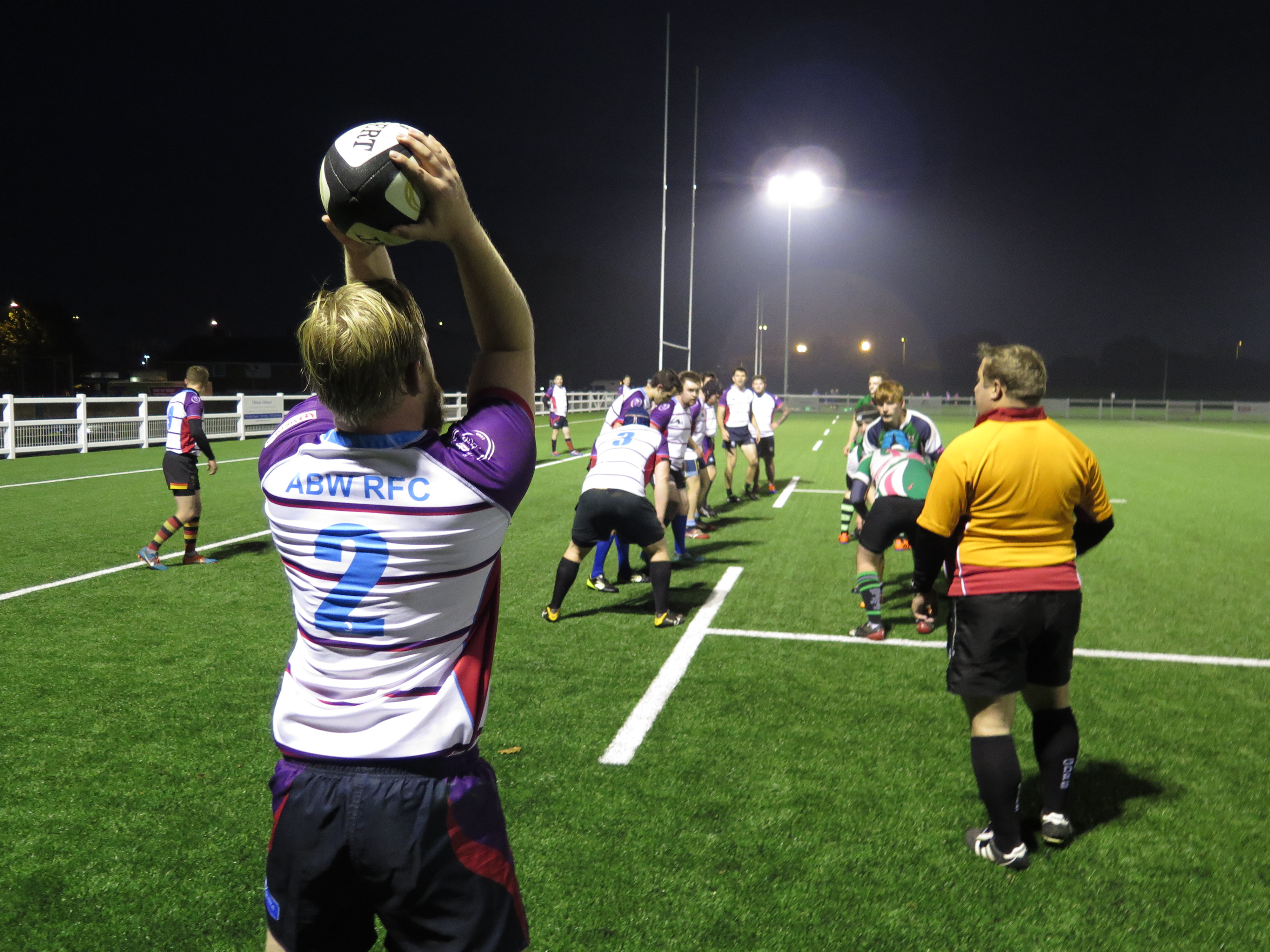 By Kimberley Fowke October 28, 2019 No Comments

When an ex-University of Bristol student playing for MoD Abbey Wood suggested a friendly against his old department the soldiers, sailors, airmen and civil servants of DE&S rubbed their hands. ’15 hungover 19-year-old freshers, an easy win for us then…’. Perhaps they should have studied harder.

Never having played before, neither team knew what to expect, and clearly came out determined to play their own styles of rugby.  From the outset the lack of trained front row and the smaller size of the University of Bristol Engineer (UBE) players should have indicated their game plan; go and go fast! The larger size and, to put it kindly, more mature demographic of the MoD Abbey Wood (ABW) team pointed them towards a more direct game.  With contrasting styles, it was going to be interesting to see who would come out on top.

A last-minute change to an artificial pitch and the calling of uncontested scrums from the KO played into the fleet footed students’ hands, and this showed with first blood going to them early in the first half.  As with most of the UBE score it came out wide, and the kicking percentages were understandably low, with only one conversion made all evening.  UBE very much had the upper hand for the first quarter (in order to rotate the UBE squad it was agreed to play 4x 20 min quarters), and it was only after a re-set following the break that ABW really got into the game.

Hard carrying by the pack and the centres made meters for ABW, with some good quality tackling required by the visitors in order to stop their forward movement.  ABW struck back shortly after the re-start with a crowd-pleasing line break from their inside centre, who then fended off three follow up tackles to touch down under the posts for an easy conversion.  7-5 to the hosts.

This was the last really positive news for the home team though, with a badly miss-functioning lineout and several errors at the breakdown squandering a string of opportunities deep in the Engineer’s 22.  A single penalty kicked by the ABW fullback was their only other score, as UBE made good use of some fresh legs and a tiring opposition to run in three more tries out wide and two conversions to finish the game 10-22 as the rain began to fall in North Bristol.

It was a testing game for both sides, with the Bristol Uni players excelling in their distribution and speed while having to put in a commendable defensive effort to handle the direct running of the MoD team.  Overall a good evening of rugby and another warm up before the ARU knockout Competition begins for Abbey Wood. 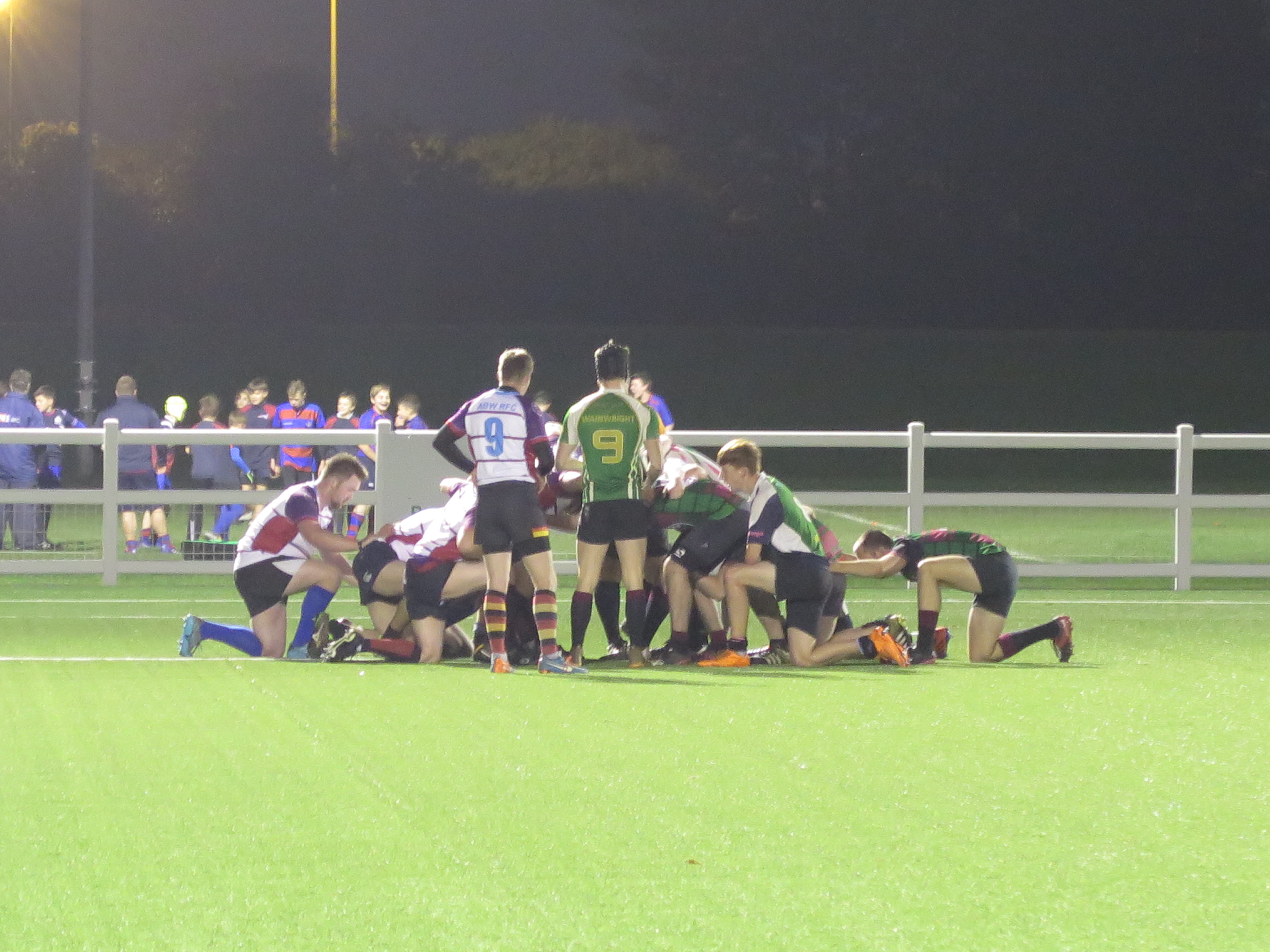 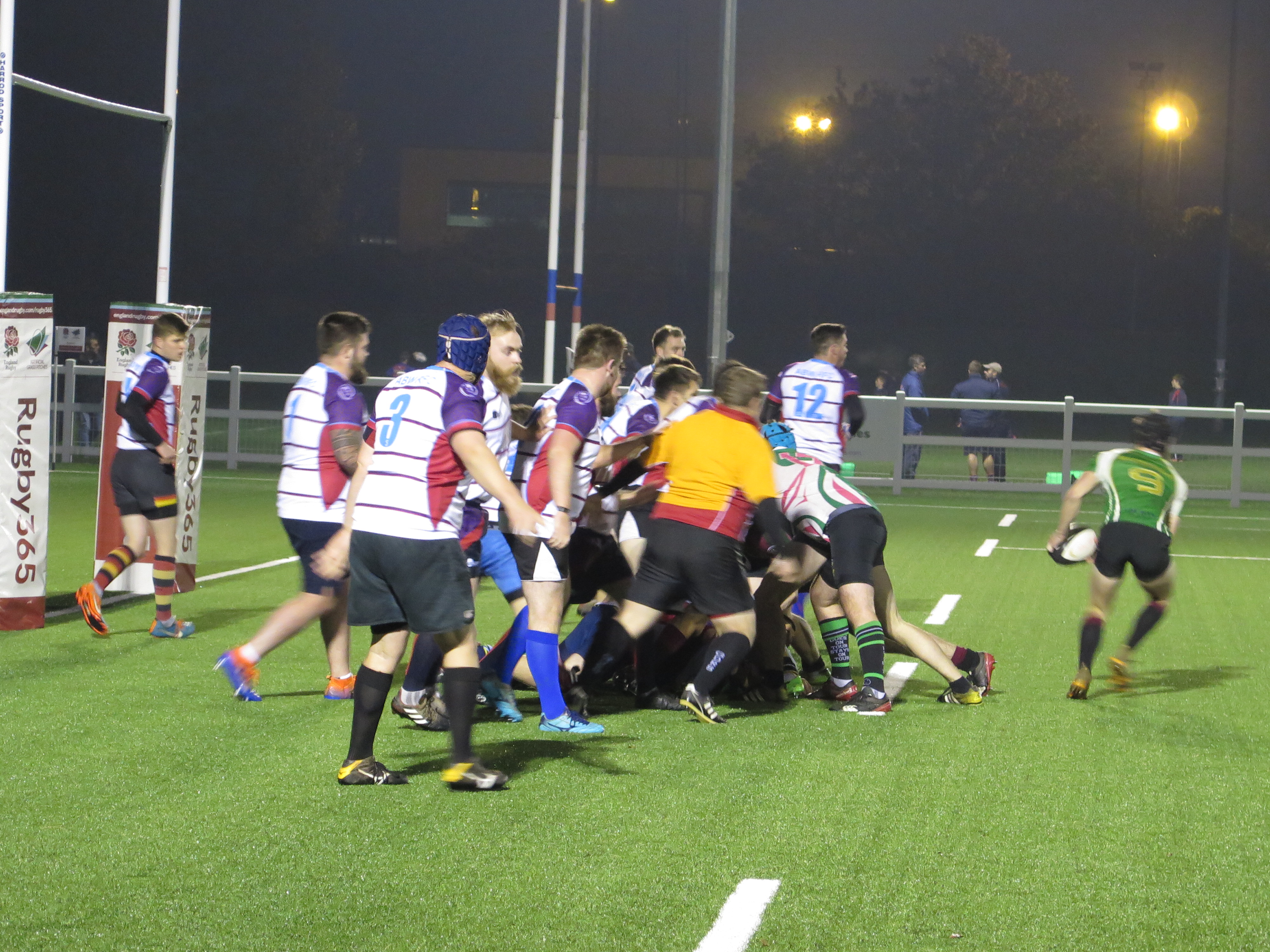