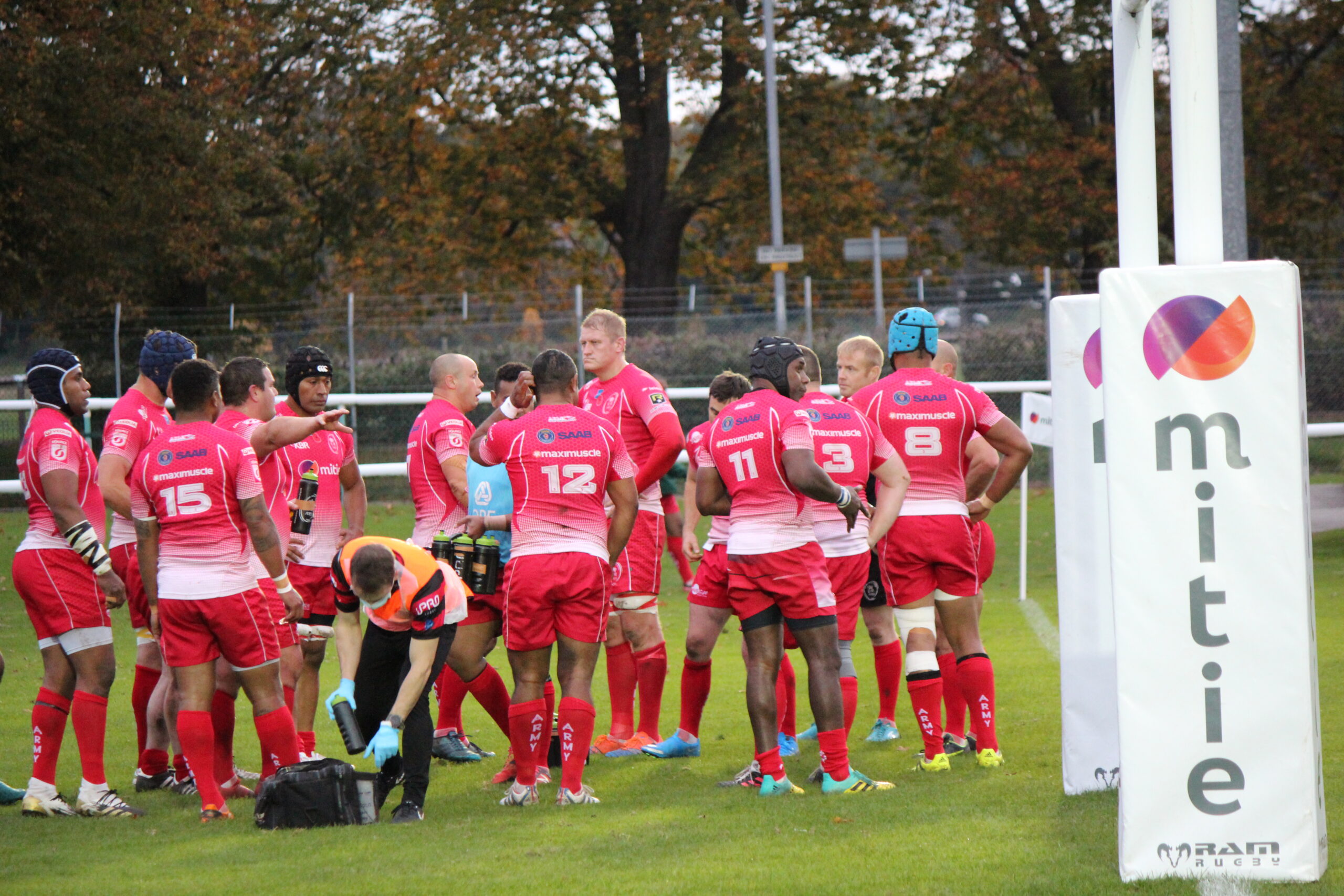 Masters rugby an essential cog within the representative wheel

Last Saturday’s Army Masters win over Rammit Barbarians at Hazelwood was the ideal way to mark the end of the tenure of Lt Col Mark Beynon MBE (Royal Welsh) as Director of Masters Rugby.

The Masters team is another of the red shirt groups to be fully back up and running, putting the disruptions of the last two years behind them to head into the Christmas period with a perfect record of wins from the four matches played so far in the Autumn.

For Lt Col Beynon these performances, squad development and laying of the foundations towards the challenges to come in the New Year have been reward for the patience shown during the pandemic and bookended time in the role which included just the one full season.

They also reflect the seriousness with which everyone involved approaches pulling on the red shirt.

“We have something called the ‘Masters test’,” explains Lt Col Beynon. “We talk about why we’re there. It’s not just a jolly boys club for blokes who want to keep playing a bit of rugby. It’s got to be more than that, both because of the resource which is invested in us but also what it means to pull on a red shirt.”

Lt Col Beynon has not been a Masters player himself, but he has been a familiar face within Army Rugby for more than 20 years as a player, then in running Infantry Rugby, and finally stepping up to follow Col Sandy Fitzpatrick MBE (Late Scots) when he became Director of Rugby of Men’s Senior Rugby. 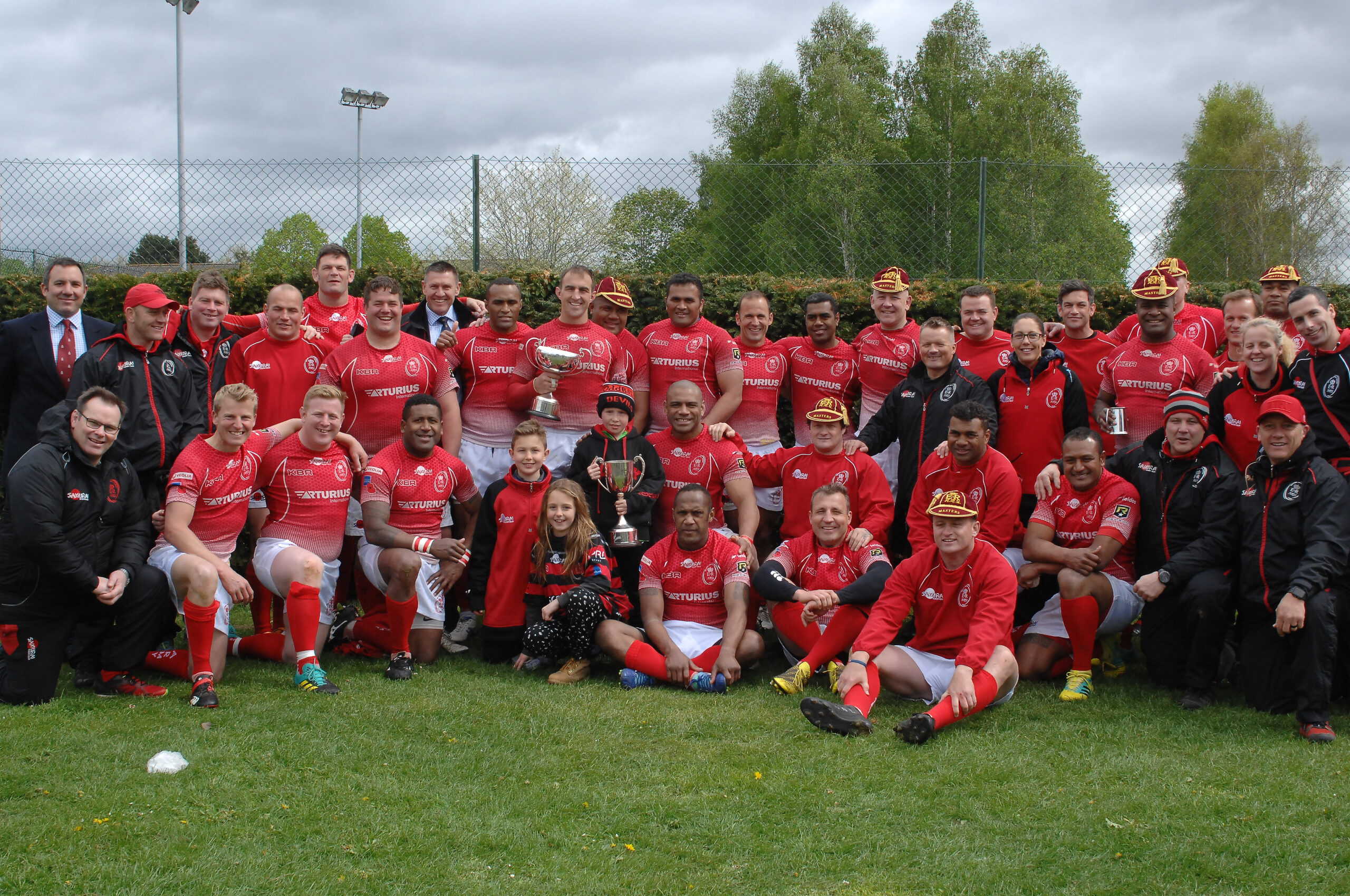 The Army Masters squad following their victory over the RAF Vultures in their 2019 Inter Service Match.

There has also been a strong sense of place of where the Masters sits within the representative ranks.

“There is a strong heritage of Masters rugby in the Army because of who we are and what we do. People don’t necessarily want to finish playing sports when they’re in their mid 30s, when perhaps in civilian rugby they’d be finishing playing at that level.

“Initially it was self-starting, but it’s been well integrated into the ARU’s representative set-up and has a lot to offer the ARU, the Army and the individuals taking part, in terms of both Masters rugby and wider sport it’s a strong example of what can be achieved by that group of players.

“We’re competitive ambassadors, which is a slightly different take from the Senior XVs, who are very focused on the Inter-Services. We’re focused on that, but we do acknowledge that we have a wider remit and are able to be used by the ARU for internal engagement to get more people interested in rugby within the Army, and to get people going back into their Units and are able to explain to their chain of command the value of team sport.

“Then there’s the external engagement. We’ve played at the Bournemouth 10s and combined that with a community engagement task for HQ South-West whereas the Senior XV or Sevens team are not able to do so. We were due to play a game in France to celebrate the 80th anniversary of Dunkirk in 2020.

“With both the internal and external engagement we’re providing value for money to the ARU.”

Lt Col Beynon is also mindful of the role that Masters sport can play in general throughout the Army.

“It’s important in terms of the lived experience, and it’s about sports throughout your career and the ability of being able to play sport,” he says. “Whether it’s the person who doesn’t get to play rugby with their Unit but can with their Corps, a woman who’s joined the Army and wants to have a play close to elite rugby, or someone who is older and wants to keep on playing sport at a relatively high level but who isn’t necessarily near a civilian club with a good Vets set-up.

“Increasingly in a smaller Army there is also less consistency in where rugby is offered across the country, whereas when I joined up 20 years ago it happened organically across the country, in Germany, Northern Ireland and elsewhere, where we had more time and more people.

“The Army is about being fit and healthy with fitness in our mandatory training and anything which helps that lifestyle is important.”

The Masters team comes together for a few days before each fixture, and this is a pattern which works well for a group which sees individuals come from across the country to train and play. The September trial was followed by games in October, November and December, with a six-week break until the build-up towards the Inter-Services begins in earnest. 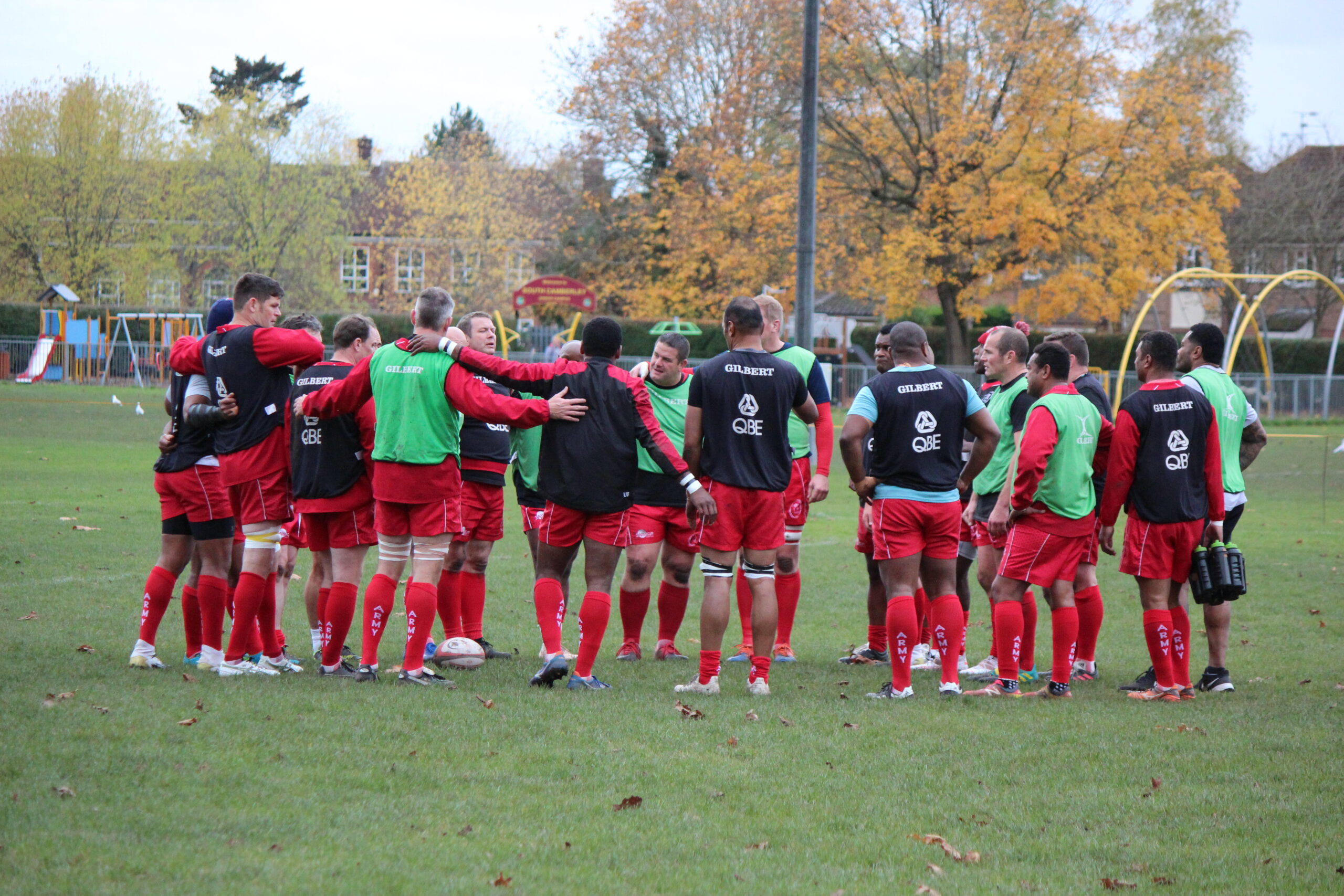 The wins and levels of performance have been positives, but there have still been things to overcome, not least in putting together a fixture list which offers the kind of challenge the Army Masters crave.

“One of the key issues which had been running for a few seasons was finding the right level of competition,” Lt Col Beynon says. “The nature of the job we do means that the guys who come across into Masters Rugby are still able to perform at a high level and an elite Vets level. Over the years they’ve won the World Masters Games and performed strongly at the Bermuda Classic, because of the type of people we have.

“Before the pandemic some of our fixtures were becoming blow-outs, because our opponents were more of a traditional Vets set-up, whereas we’re a Masters team performing at a high level.

“This season we’ve addressed that with the fixture list in the way that we’ve picked fixtures which are appropriate for an Army representative team, such as the HM Prison Service and English Police, but also one which we hope will be more competitive as we build towards the Inter-Services Championship.”

Aside from those representative fixtures there are a number of others which stand out on the calendar, not least the Pacific Islanders, who have a number of former Army personnel in their team and provide a link into the veteran community, and the Torbay Sharks, who will be a useful yardstick for all three Service teams. 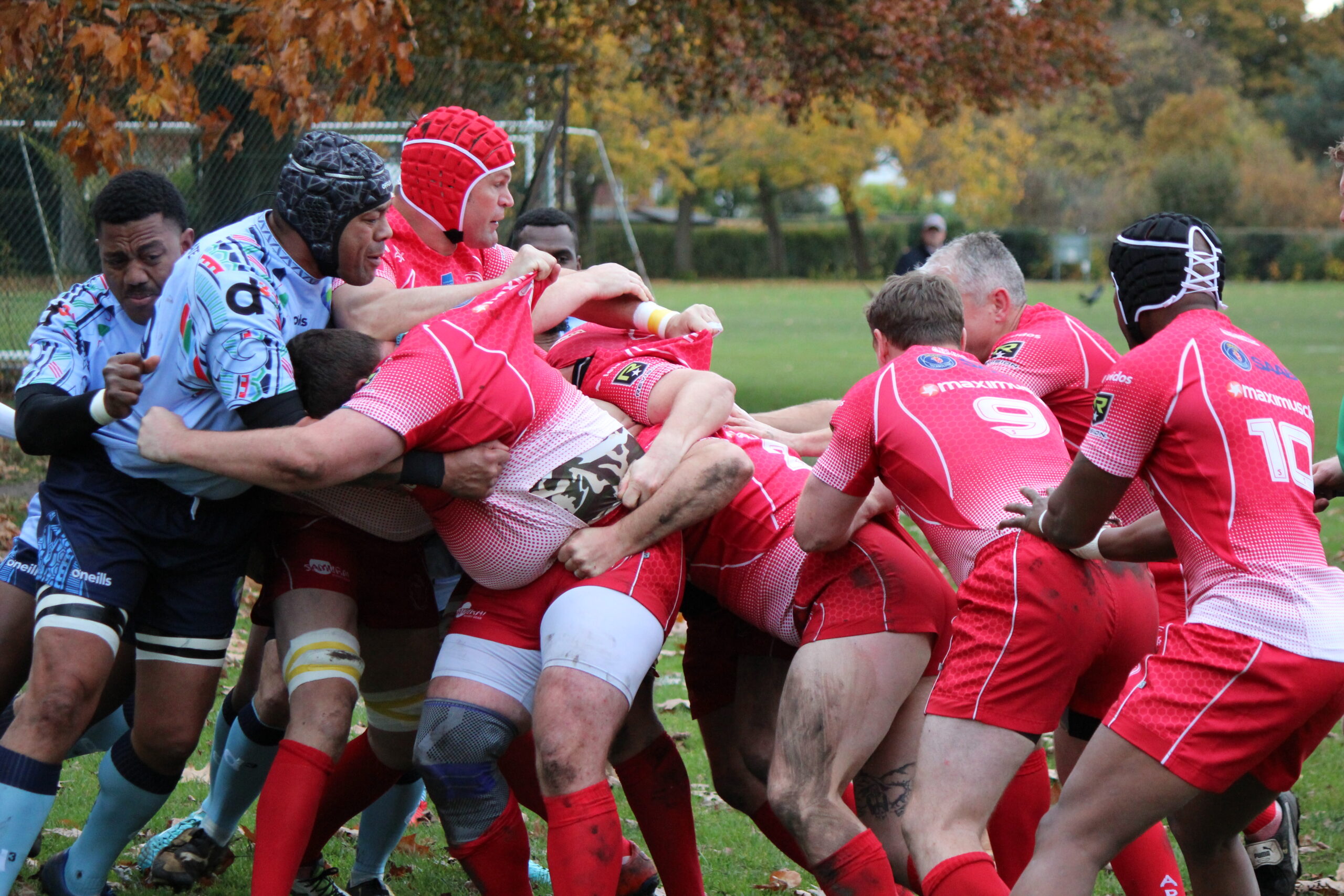 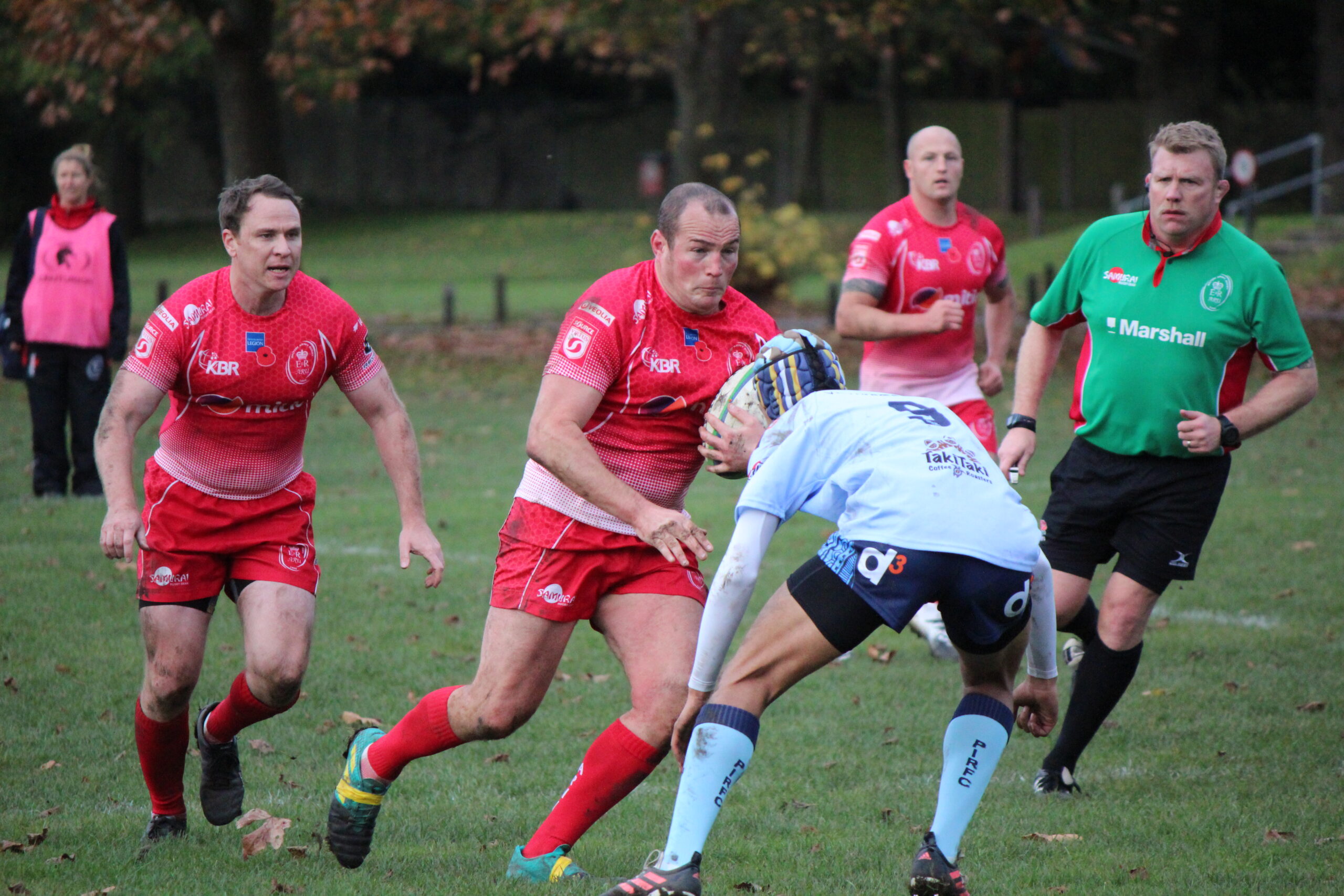 The Army Masters played the Pacific Islanders on Remembrance weekend.

Speaking of networks, this has also been something that Lt Col Beynon has been keen to encourage, where Masters players also take a leading role within their Unit or Corps as a manager or coach.

“One of the things about the Masters is that it’s a real way for the representative and community elements of the ARU are linked together, with a pathway between them,” he says. “Players who play for us might play for their Units or Corps, or will in fact run their Unit or Corps teams, coaching or supporting. It’s a useful network and pathway, and that’s fairly strong.”

It is certainly a network that Lt Col Beynon will be all-too-eager to re-join when he gets the opportunity.

“Even though I’m giving up my role as Director of Rugby while I move overseas for a few years, when I come back I’ll be back into wherever I’m needed – as a coach, manager or kit man! I can put my hand up and apply for that job.”

CLICK HERE to find out more about the Army Masters.