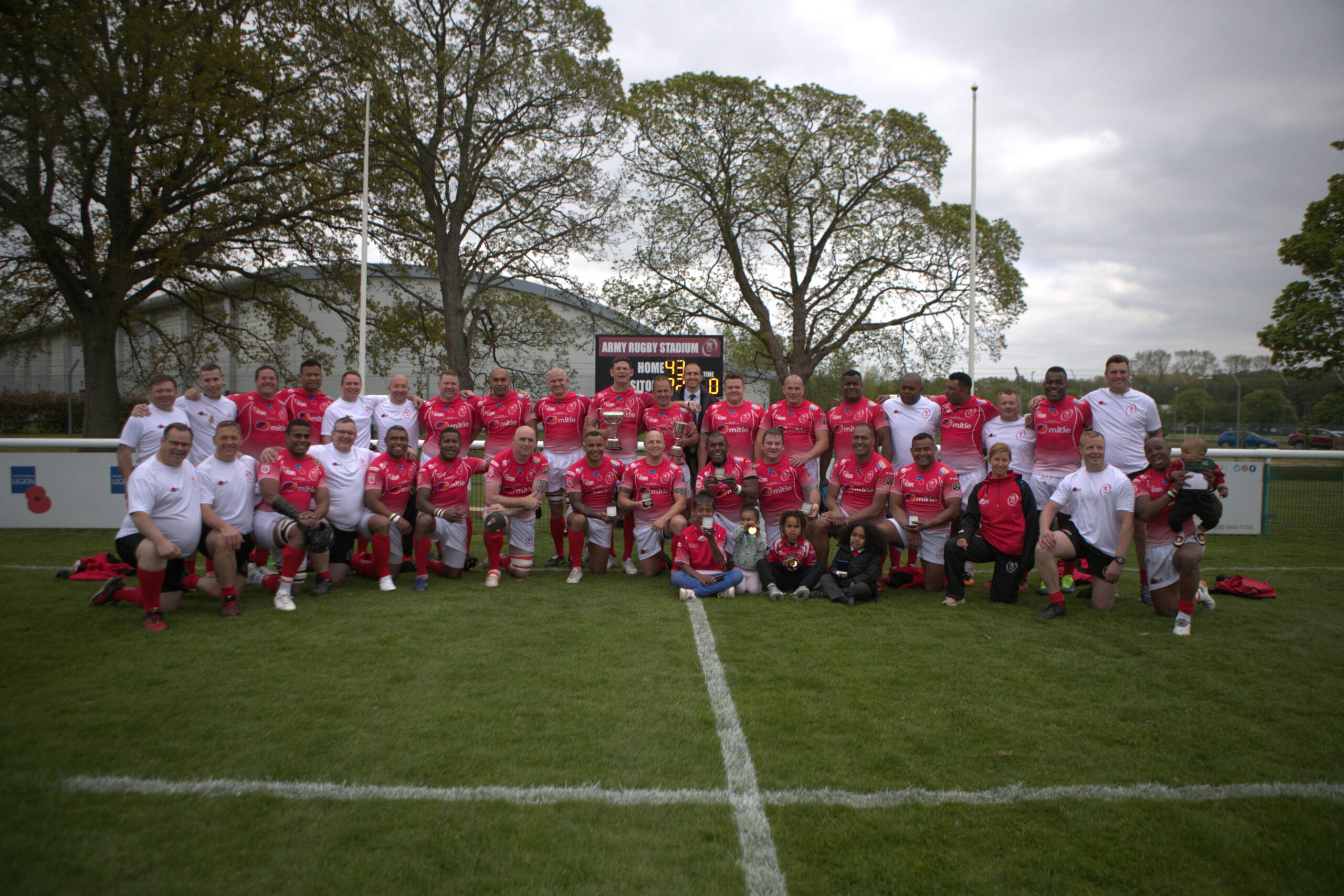 Masters turn on the style to seal Inter-Services title

By Kimberley FowkeApril 29, 2022No Comments

The Army Masters began Army Navy weekend with some stunning rugby in overcoming the Navy Mariners at Aldershot.

A taste of what was to come came almost immediately, Sgt Pauliasi Taura (RMAS) making a break up the left wing, creating a two on one only to have the attempted offload go to ground.

The rest of the opening 10 minutes saw all of the play in the Army’s half, but when they broke out, they did so in style.

Neat handling worked the ball to Sgt Kami Vuadreu (RLC), who showed power, pace and balance up the right wing. Possession was retained well, and with the Navy struggling to get back into their line SSgt Dean Bradley (R Signals) made the most of the dog leg to scythe his way through.

SSgt Bradley looked odds on for the try, but he chose to play the percentages with an inside pass to SSgt Liam Bowman (RA). The big prop was only going in one direction, and while he was denied by a last-ditch desperate tackle the defenders had run out of numbers and SSgt Bradley strolled over, the fly half converting his own score. 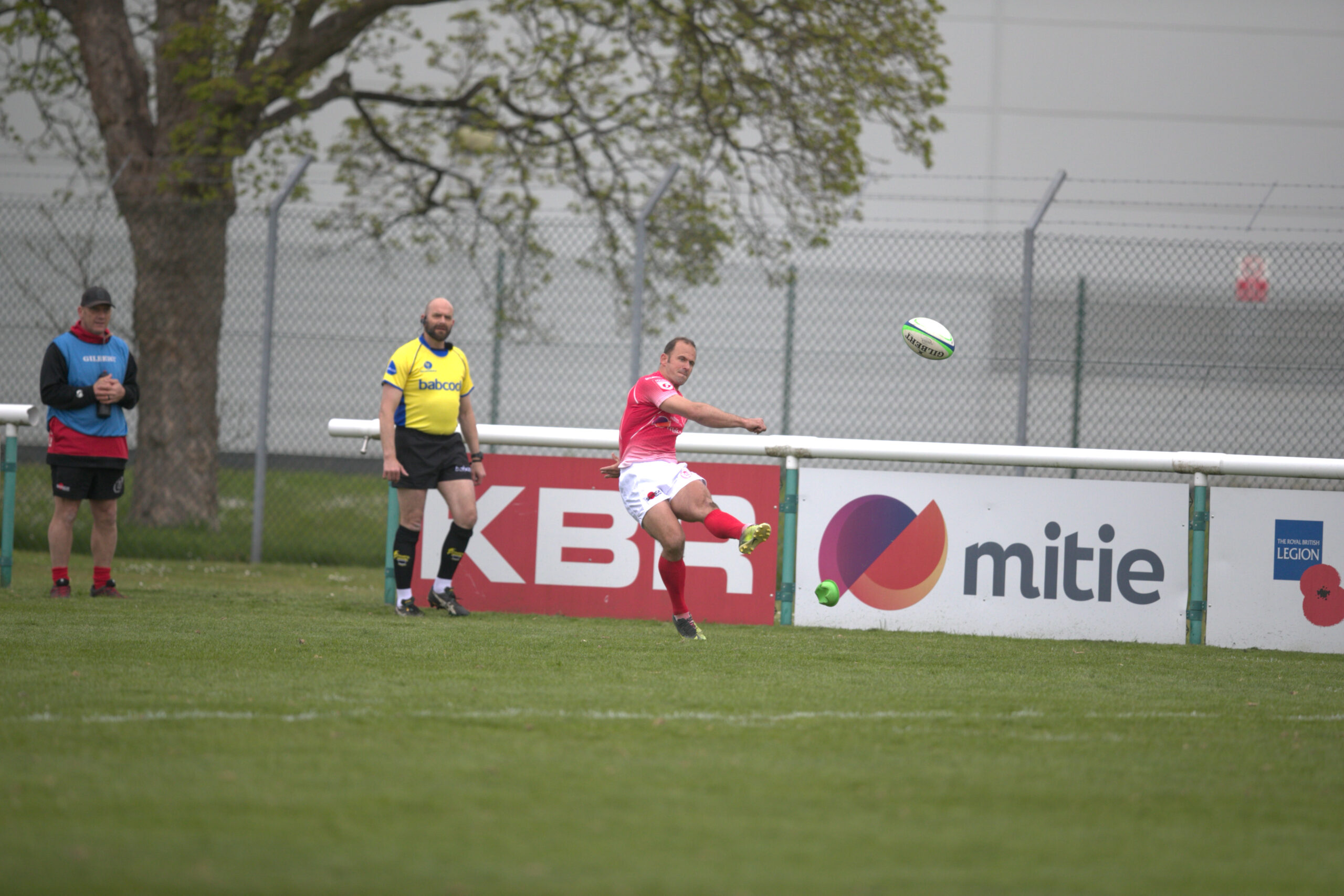 The next few minutes were interrupted by injuries, but when play resumed the Army maintained the momentum with another peach of a try.

A penalty was kicked into the Navy’s 22, and after the forwards had made metres with the drive the ball was swung into midfield, where lovely interplay took out the dark blue defence and opened the space for WO2 Tuvita Tamatawale (RLC) to sprint into the left corner.

SSgt Bradley landed a peach of a conversion to make the score 14-0 at the end of the opening quarter, but what was equally important was the defensive effort, with the Army winning regular turnovers to take the sting out of Navy attacks.

However the Army was put on the back foot by a pair of yellow cards in quick succession, and with the penalties kicked to touch it was going to need plenty of dedication to hold the Navy out.

A heroic tackle held a drive up for a goal line dropout and LAET Saberton missed a penalty, but the Navy kept on coming, and their attitude was rewarded when flanker SLt Bodel was on the end of an offload for the visitors’ first points.

The missed conversion kept the score at 14-5, and it stayed that way until the end of the first yellow card period, despite an Army attack which came within a metre of the whitewash.

The Navy came even closer, held up twice as the Army remained on the wrong side of the penalty count. But the Army had the better chances of the final few minutes, SSgt Bradley and Sgt Vuadreu both having good breaks without being able to finish them off. 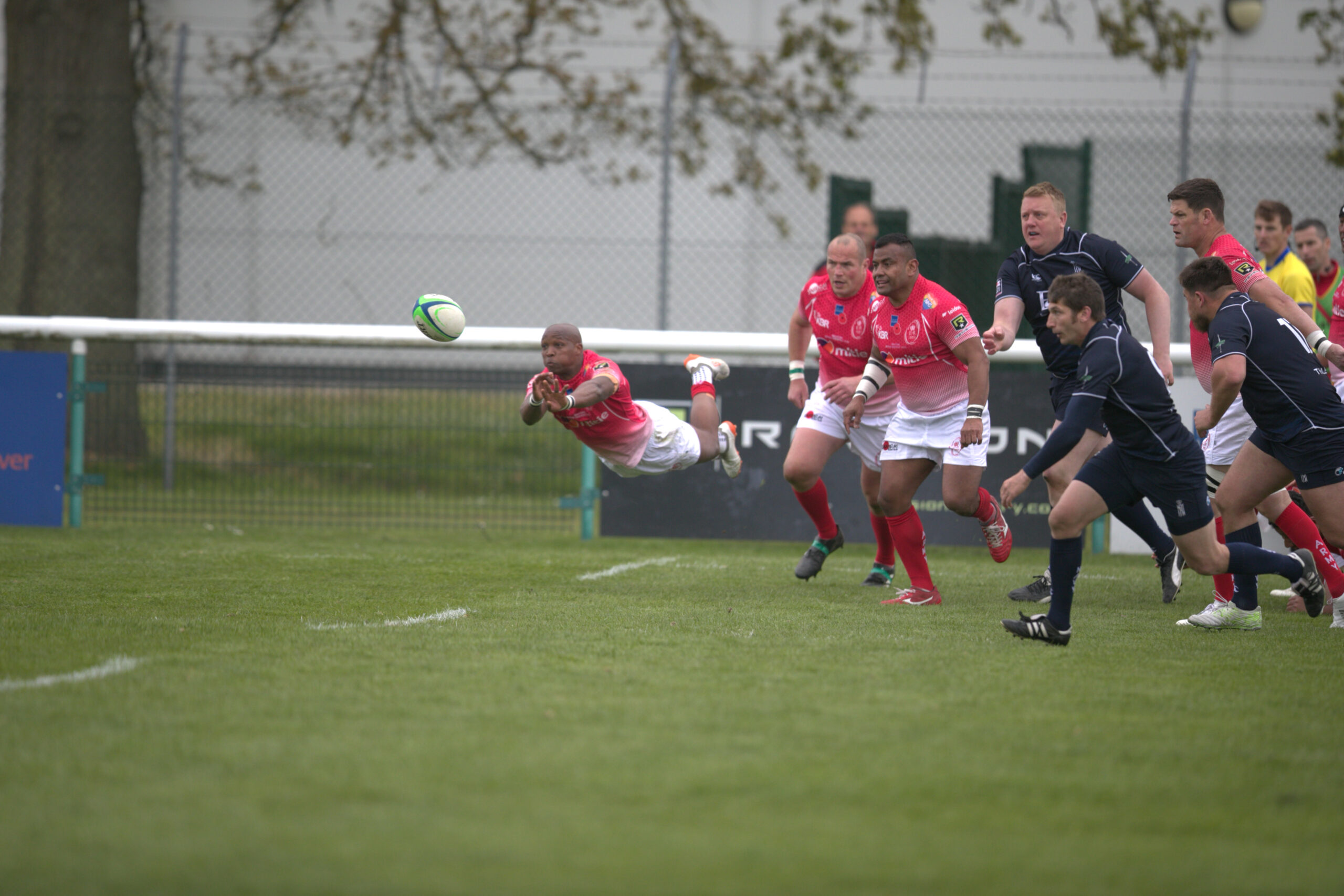 The opening 10 minutes of the second half followed a similar pattern to the first, with one team dominating territory without troubling the scorers. Unfortunately this time it was the Army, who were both unable to add to their points tally and also getting onto the wrong side of the referee at crucial moments.

Having managed to not concede, the Navy capitalised at the other end. A man to the good courtesy of a third yellow card of the game, they took only a couple of minutes to capitalise, CPOET Thompson going over in the left corner.

However with the kicking still off target the Army were still four points in front coming up to the hour, even if they were still losing players to the sin bin on a regular basis.

But in a flash all of that frustration was forgotten as the Army pulled a sensational try out of the bag.

Initially Sgt Unaia Balekinasiga’s (R Signals) decision to not call for a mark while running towards his own line looked to have been a mistake. But when the full back took off and saw off half-a-dozen Navy players on his way over the 22 something special was in the offing, and this was confirmed when the ball was put through the hands and WO2 Tumatawale was in the clear and over the line.

LSgt Ignatius Putty (Welsh Guards) followed this up with his own long-range try, and by the end of the night’s post-match revels prop Maj Chris Clifford’s (CTG) subsequent score will have been from a similar distance.

Sgt Peceli Nacamavuto (RSME) earned plaudits for his play in setting up the position for the latter try, but they were all reward for the team work shown under pressure on the back foot at the other end of the field. 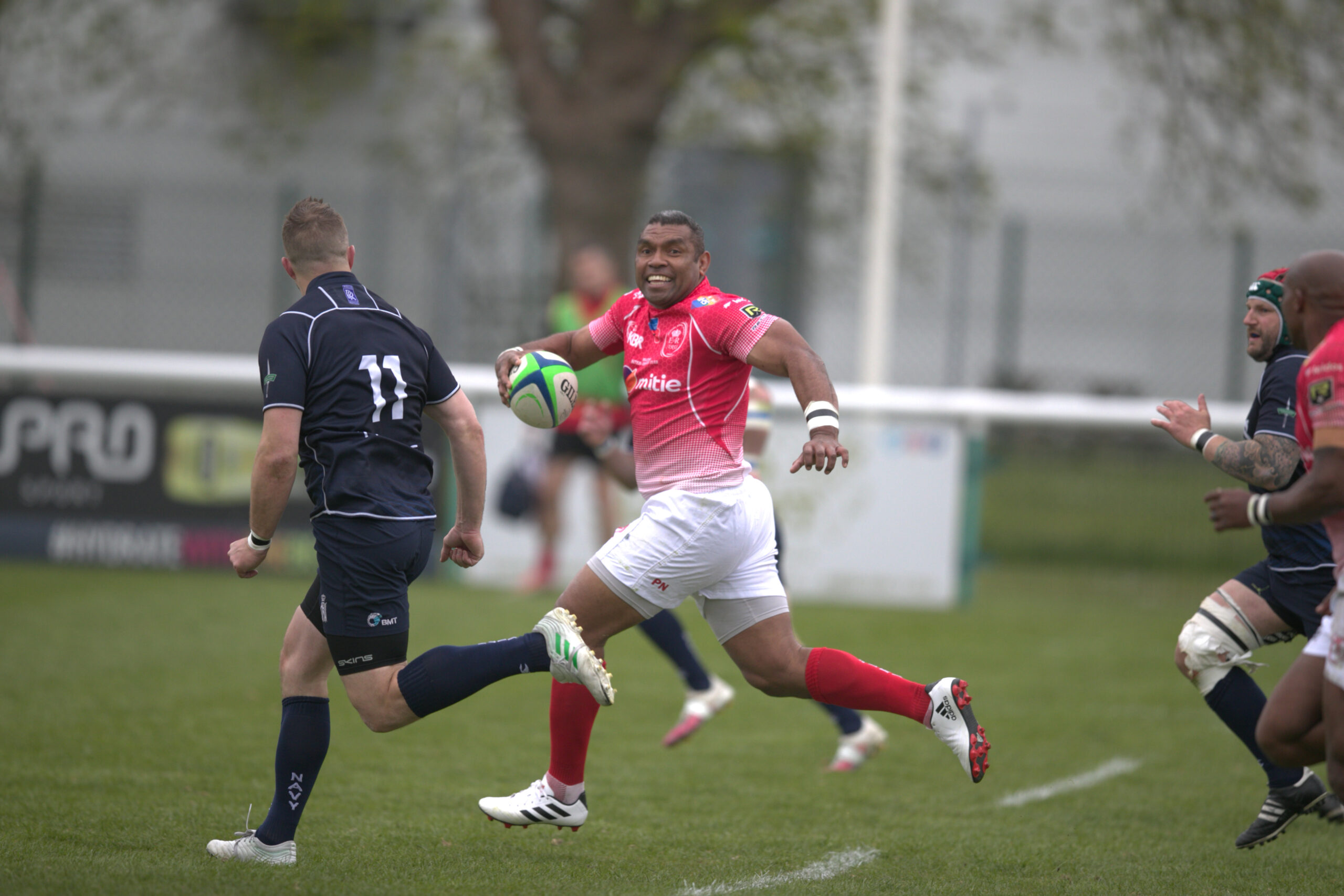 Back from the bin, SSgt Bradley added to his tally from the tee, and the three tries and 17 unanswered points had broken the contest wide open, with the Army now leading 31-10 heading into the final 10 minutes.

The Navy then went end-to-end themselves, LAET Saberton turning defence into attack from his own line before feeding Cpl Parsons for a try, and while the visitors’ deficit following the successful conversion was still 14 points it was nevertheless a useful wake-up call for the red shirts.

LAET Saberton had another good break shortly afterwards, but this time the ball was won back in the next phase and yet again the Army were away, SSgt Mike Harrison (R Signals) with a good finish in the right corner.

36-17 down they might have been, but the Navy kept on coming, outside centre Sgt Vallender getting his team’s fourth try.

The visitors certainly deserved credit for keeping their heads up, but the quality rugby was coming from the men in red, no more so than in the final play of the game, when some Sevens-style handling close to their line created space in which to play, Sgt Balekinasiga flying to the posts to make the final score Army Masters 43, Navy Mariners 22.