By Kimberley FowkeDecember 2, 2020No Comments

SSgt Sarah Mitchelson (RLC) says that it is a privilege to hit the 200 appearance mark for Wasps Ladies.

SSgt Mitchelson reached the milestone when she came off the bench in Wasps’ Premier 15s win away to Exeter last Saturday afternoon. The team provided the right result, too, seeing off the Chiefs 24-14 at Sandy Park, leading to a satisfied long drive home.

“I feel properly privileged to be playing when so much of the country has been shut down,” she says. “I was trying to keep it low key because I’d been out with injury and my cap wasn’t mentioned until after the game. It was all about me getting back on the pitch and the tighter the game was, the better in keeping the focus on the pitch.

“But after the game my phone was red hot with the number of direct messages to me, on various WhatsApp groups from Army players, Wasps players and people I’d not seen for years saying well done.

“It was hard because a lot of those people would have been there if not for Covid and we could have celebrated together, and because they weren’t there I got a lot more messages than I otherwise would have done.”

It has taken some 12 years from her debut against Saracens in 2008 to become a double-centurion, and inevitably the sport has changed dramatically in that time.

“The Premier 15s has changed the women’s game,” she says. “We all feel a bit more professional. It allows time for players to train every day; the club is open every day. People can have their working life around those sessions, and being recognised and getting support as an athlete and as a team makes you want to go out and train more and be at the top of your game.

“We all have to have a professional manner. The recovery process is such a big thing now and doing our own stuff is more important than ever. Nutrition is one great example, eating the right food all the way through the week rather than just focusing on the match day.”

This season has brought other changes, not least in the adapted laws which will become familiar to community rugby players across the country over the next few weeks and months now that they have been rolled out by the RFU.

“The adapted laws have worked well for us,” SSgt Mitchelson adds. “They’ve quickened things up, allowed us to play rugby and suits the women’s game, You can see how quick and fit the girls are.”

Although born and bred in the Midlands and a self-confessed massive Leicester Tigers supporter, SSgt Mitchelson’s entire club career has been spent at Wasps in west London. She was invited to join by former Army teammate Jane Leonard, and as her Army career saw her move around the capital she was always able to call Twyford Avenue her sporting home, something which has continued despite moving back to her childhood area.

Inevitably there are too many highlights to mention, but one match stands out.

“That was out first season in the Premier 15s beating Saracens at home,” SSgt Mitchelson says. “It was massive for us in that we were a competing top four team. It was a proper dogfight of a game in rubbish conditions, and the change of shirts at half-time gave us a psychological boost – we were a bit warmer and could see that they were still cold and uncomfortable going into the second half. We’re still the only team to beat them in the last three seasons!”

The Army has also provided plenty of support in this time, both in terms of club and red shirt rugby.

“In all of my units I’ve never had a problem in getting away to play rugby,” she says. “As I’ve gone up through the ranks and from unit to unit I’ve always had support. My OC at Pirbright was especially supportive, and that was the busiest job I’d had. He saw it as adding to my Army life, and now with my soldiers I make sure they get the same information that I had. 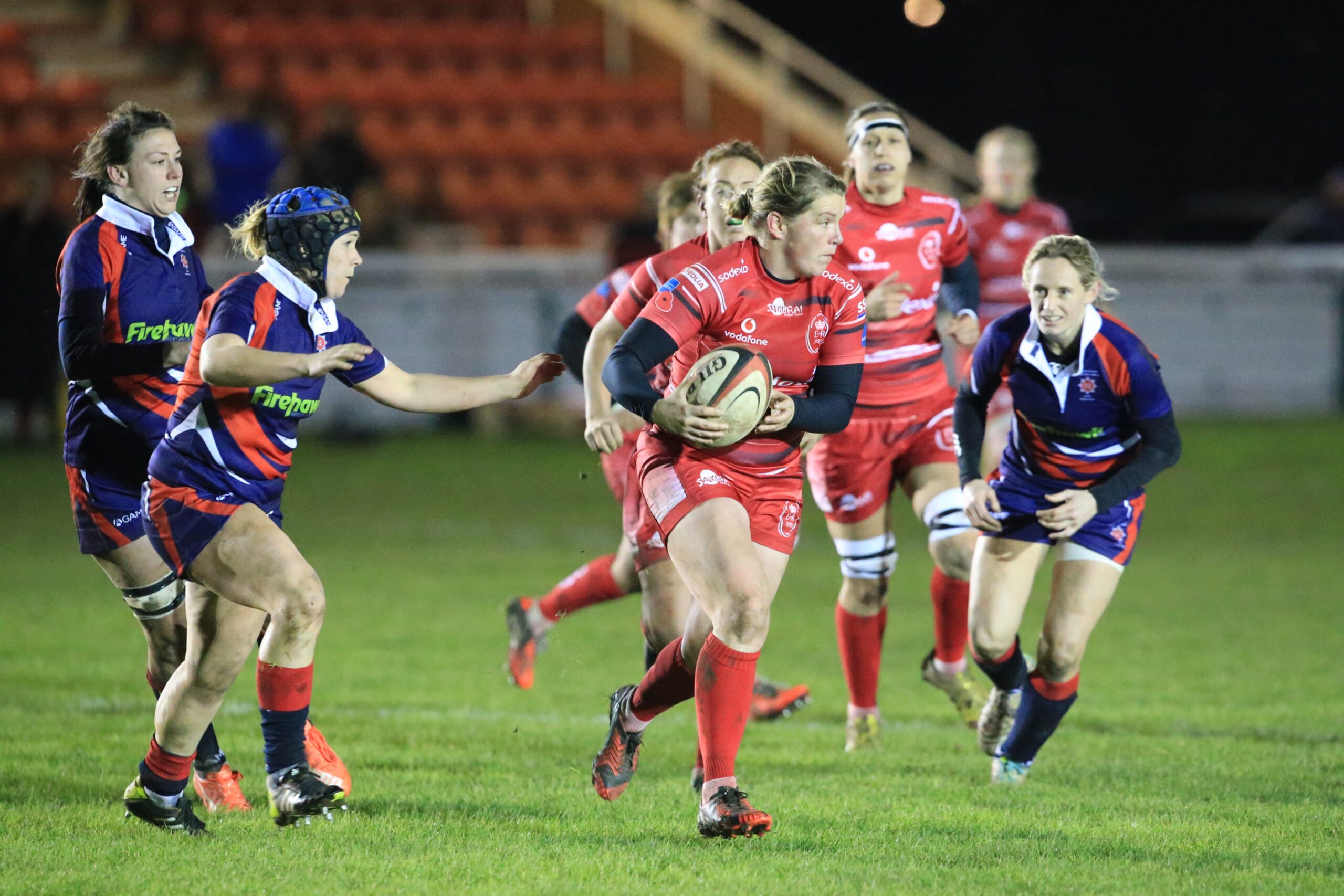 “There have been a large number of people Army and UKAF rugby in particular as well who have helped me. People like Deano and Glynn – their little bit of support and knowledge – and directors like Charlie Maxwell, Sam Shepherd and Eileen Cunningham, who have put in a massive amount of work to get women’s rugby recognised and allow players like me to get game time. Army women are now seen as elite sportswomen in the Army and that is massive for us.”

With rugby in the Army not yet having a confirmed resumption date SSgt Mitchelson’s focus remains solely on her club for the time being and chasing down Harlequins and Saracens at the top of the table.

“For Wasps we’re aiming for top four and I’d be very disappointed if we didn’t get that, and at least pressuring to get into the final,” she says. “We have the ability, it’s about putting it all together on the field. We nearly did that against Saracens, so we know we can compete, and now we’re wanting to build on that.” 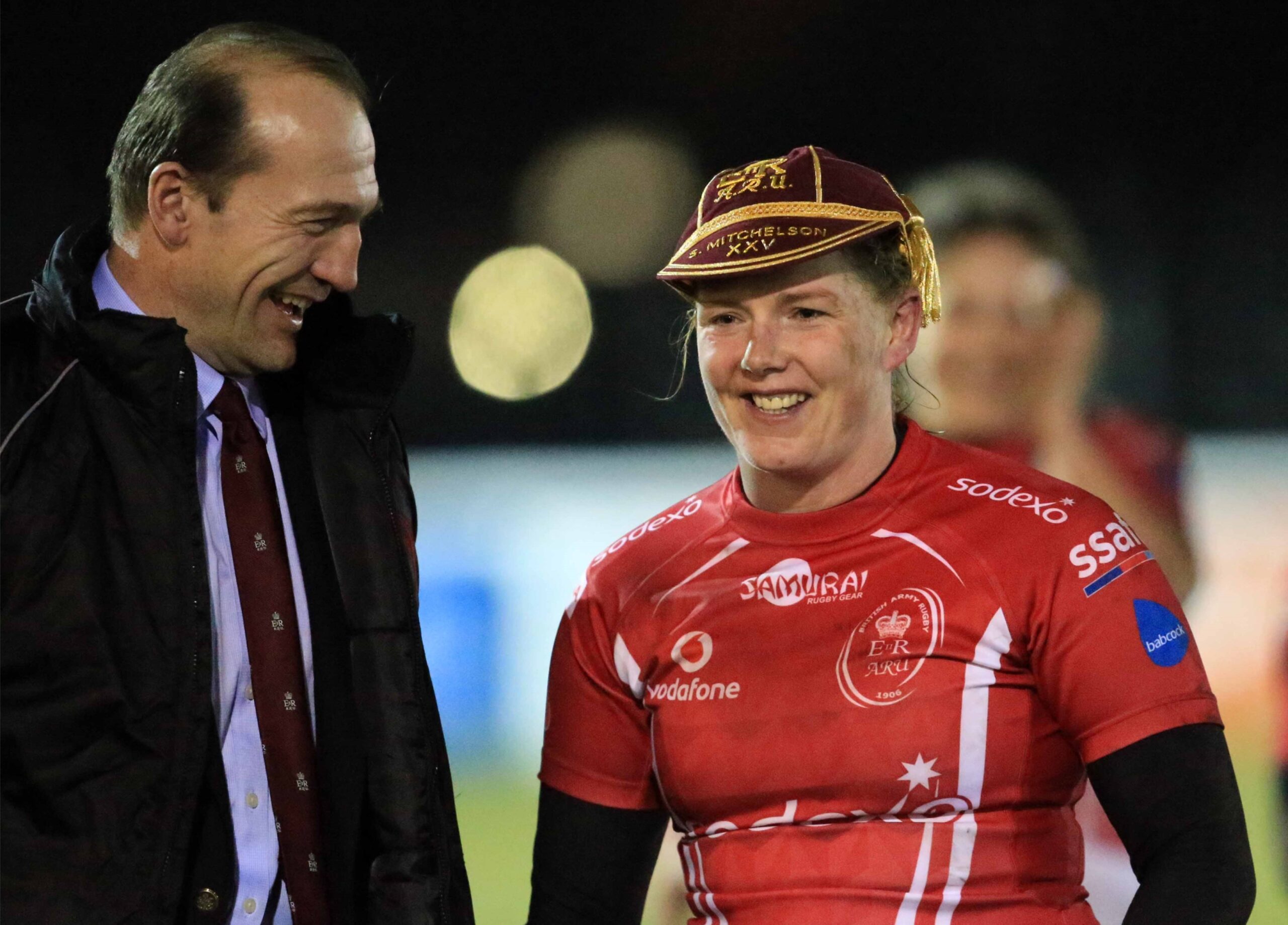