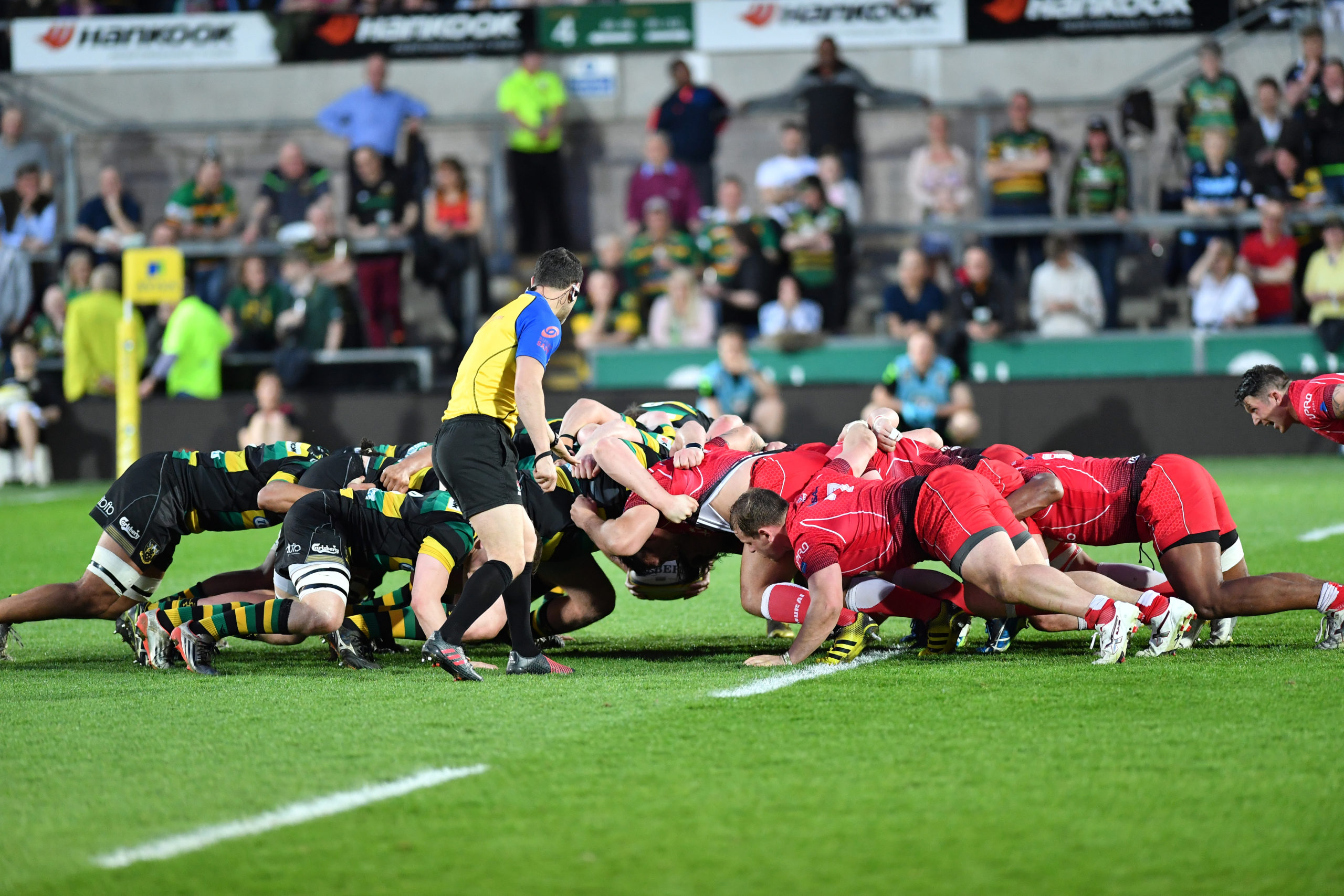 Northampton Saints have today confirmed that, regretfully, the biennial Mobbs’ Own Match at Franklin’s Gardens has been cancelled.

With a Northampton Saints Invitational XV and the British Army initially scheduled to face off on Wednesday 15 April, the Club last week announced that the clash was postponed as a result of the outbreak of Coronavirus (COVID-19).

“Our relationship with the British Armed Forces remains incredibly important to the Club.”

But in line with the RFU’s cancellation of all domestic rugby below the Gallagher Premiership for the remainder of the season, Saints have had no option but to call off the exhibition game.

Those who have already purchased tickets for the match will be eligible for a full refund, but if supporters would prefer to not claim their money back, all proceeds from the match will be donated to the Mobbs Memorial Fund – which promotes the development of youth rugby in the East Midlands.

If you have purchased tickets, please visit the Northampton Saints website and click the ‘DONATE OR REFUND’ button at the top of the article page and fill out your refund preferences by no later than Tuesday 14 April.

“It is a great shame that we will not get to watch the latest edition of this famous match here at Franklin’s Gardens in 2020, but of course the safety of everyone involved has to come first,” said Mark Darbon, Northampton Saints Chief Executive.

“Our relationship with the British Armed Forces remains incredibly important to the Club, and no doubt we will welcome the Army’s accomplished side back to the Gardens in the not-too-distant future.”

Chris Fowke, Chief Operations Officer at Army Rugby Union, added: “The Army Rugby Union are exceptionally proud to be associated with the Mobbs’ Own Match, but the cancellation of this fixture is no doubt the correct thing to do in the current climate.

“The safety of all involved is paramount. We look forward to resuming our strong relationships in 2021, so we encourage supporters of the match to keep safe, and we will see you all then.”

About the Mobbs’ Own Match

One of the most historic fixtures in rugby, the match has been played since 1921 in honour of Saints legend, World Rugby Hall-of-Fame inductee, and World War One hero Edgar Mobbs.

Contested between the East Midlands and the Barbarians until 2011, Franklin’s Gardens has played host for the fixture every other year since 2012 when it was re-launched, with Bedford Blues also going toe-to-toe with the British Army on a biennial basis.

The clash has often been a great opportunity for Saints’ younger prospects to pull on a Black, Green and Gold jersey – with the likes of Lewis Ludlam, James Grayson, and Ollie Sleightholme all getting on the scoresheet in years gone by.

This year Northampton Saints Foundation was successful in securing National Lottery Heritage Funding to further explore the history behind the Mobbs’ Own – 20 volunteers are attempting to uncover the untold stories of the company; recording their histories, exploring their backgrounds and researching their impact on their local community.