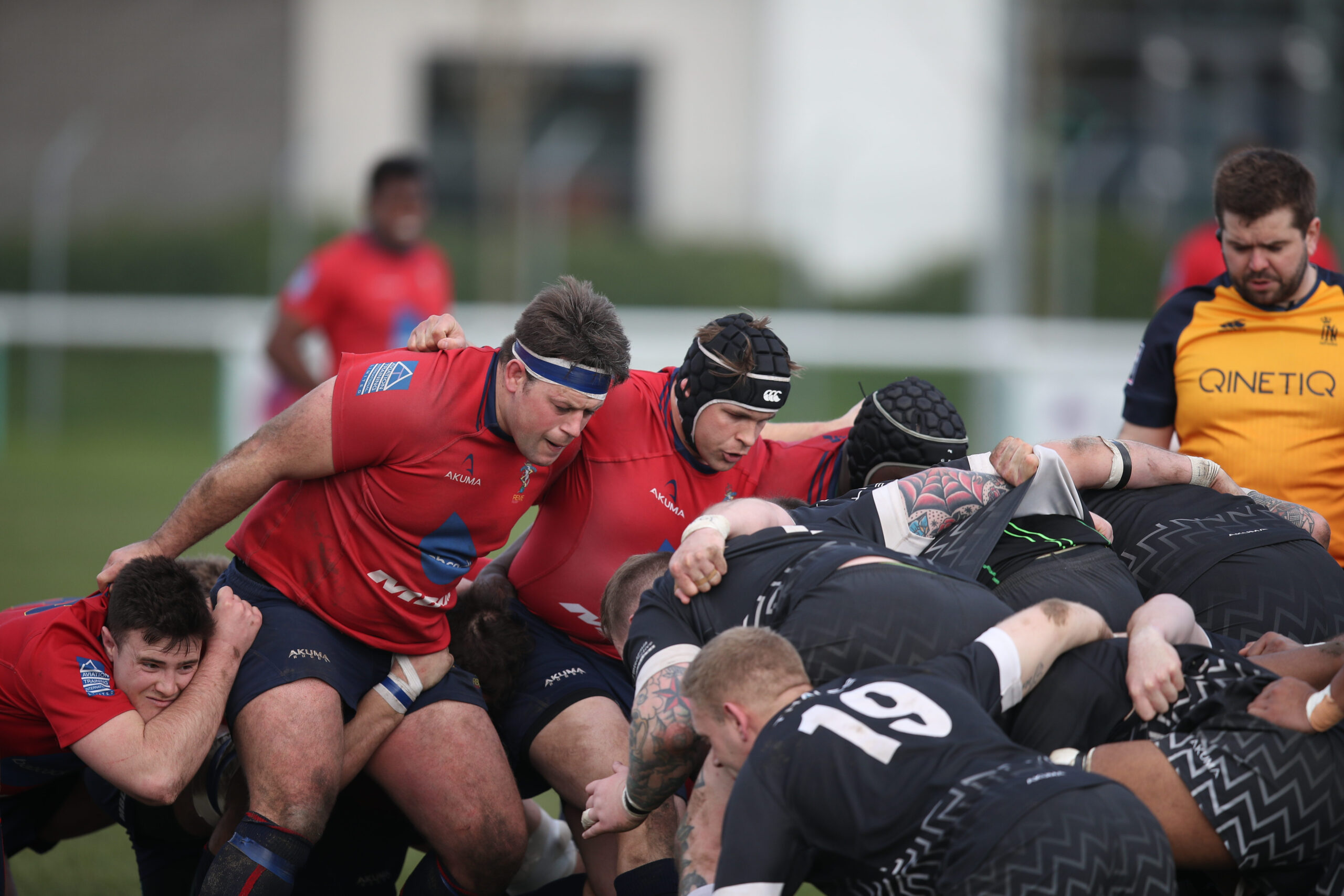 By Kimberley FowkeDecember 2, 2021No Comments

REME gave themselves an early Christmas present by stepping up to the top of Corps League 1 this week with a narrow win over the Royal Artillery.

Their comprehensive win over the RA aside in Round 1, REME have been involved in one tight clash after another in this season’s League 1 and this week’s match was no different, REME emerging victorious 10-5.

The win put REME on 12 points, separated from the Royal Engineers by virtue of points difference.

The Sappers narrowed the gap in this regard with a 23-10 win over the RLC in Cirencester, and with these two teams going head-to-head in the first round of 2022 the scene is set for a match not to be missed!

However the Gunners are still hot on the heels of their rivals, just two league points behind and with a Round 5 home match to come against an RLC outfit still searching for its first win of the competition.

League 2 is now a much tighter affair than it was going into Round 4, thanks to a first defeat of the season inflicted on the Infantry by the RAC.

LCpl Semesa Rokoduguni (Scots DG) was on the sidelines, and the presence of the former England international and Bath Rugby regular inspired the home team to a 19-10 win over the Infantry.

With the Royal Signals showing their ruthless side in dispatching AMS 58-5 in Stafford this league is also finely poised going into the new year. The first half was impressive, to say the least, the Signals running in 46 unanswered points to put the result beyond doubt.

The AMS did get a consolation score after piling on 20 minutes of pressure, but the Signals signed off with two more tries and a win which kept them ahead of the RAC in second place.

The Infantry still lead the way on 18 points, but they are now just two points ahead of the Signals, the RAC one point further behind.

In League 3 the AGC and RAPTC maintained their apparent inexorable march to finals day by winning their respective matches.

The two teams are matching each other win for win and bonus point for bonus point and end 2021 tied on 20 league points each.

But the AGC have a much superior points difference, which they improved dramatically with a 42-12 victory over the Intelligence Corps. Meanwhile the RAPTC were pushed all the way by the hitherto winless AAC, running out with a 37-32 success.

The table toppers go head-to-head in January when the Corps Championship returns after a Christmas hiatus.