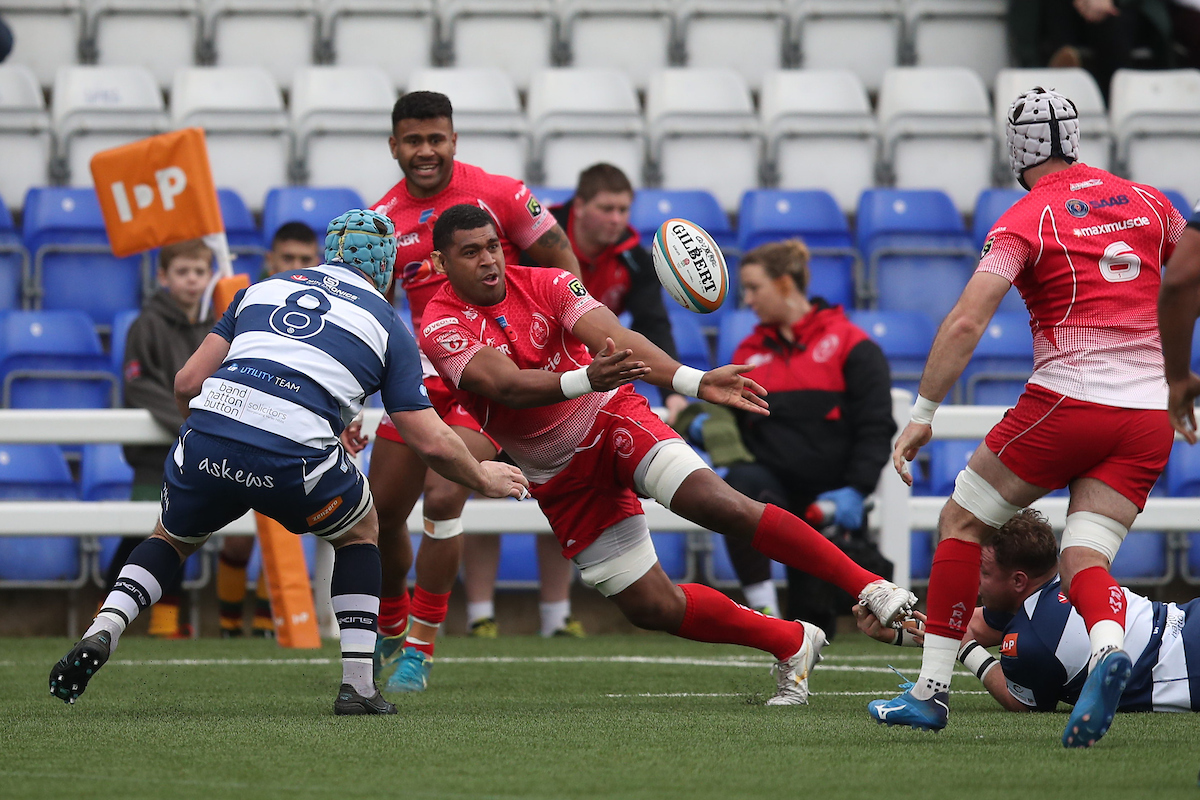 By Kimberley FowkeMarch 29, 2021No Comments

Gunner Nayalo crossed for two tries in the opening 40 minutes, the first coming through the middle of a maul unmarked to run in from the 22, the second a physical crash around the fringes of a ruck from close range.

Coventry had headed to Nottingham having been beaten by the Championship’s trailblazers, Ealing and Doncaster, in their previous two matches, and they held off a second-half fightback from the hosts to complete a bonus point 36-24 win.

In the Premier 15s a trio of Army Senior Women were part of the game of the day, a 17-17 nailbiter between the league’s top two teams, Saracens and Harlequins.

Bdr Bethan Dainton (Royal Artillery), Capt Alexandra Eddie (QARANC) and Sgt Jade Mullen (AGC (SPS)) were all in the match day squad for this clash which went down to the wire.

Saracens scored the only try of the first half to lead 7-3 at the break, with the teams then exchanging tries in the third quarter. Then with five minutes to play Harlequins struck with a converted try to lead 17-14. Back came Saracens, tying things up with a penalty that brought the final whistle.

Across London at Twyford Avenue SSgt Sarah Mitchelson (RLC) was in the Wasps match day squad which comfortably saw off Sale Sharks to win 50-0 and propel themselves into third place in the table.

Wasps only led 12-0 at half-time, but ran away with the contest to score 38 more points to put one foot into the play-offs, which will be secured if the team wins its game in hand with a bonus point against DMP Durham Sharks over the Easter weekend.

With Pte Ratu ‘Siva’ Naulago (Yorks) a late withdrawal from the Bristol Bears team which squeaked past Harlequins, the only other match on Saturday to include an Army representative was at Goldington Road, where Cpl Lewis Bean (Rifles) was in Bedford’s starting line-up for their Championship clash with Jersey Reds.

A frenetic first half saw momentum swing one way and then the other, Jersey going 10 points up before Bedford scored 17 unanswered points of their own. Jersey scored a further 10 points to lead 20-17 at half-time, but things tightened up considerably after the break, with Jersey scoring the only try and Bedford needing a last-minute penalty to secure a losing bonus point from the 20-25 result.

On Sunday Capt Gemma Rowland (Royal Artillery) was part of a second half fightback of her own as Bristol Bears came back from 22-0 down to give Worcester Warriors a scare at Sixways.

Three converted tries saw the Bears win the second half 21-7, but they had left themselves with just that little bit too much to do, Worcester the eventual winners 29-21.