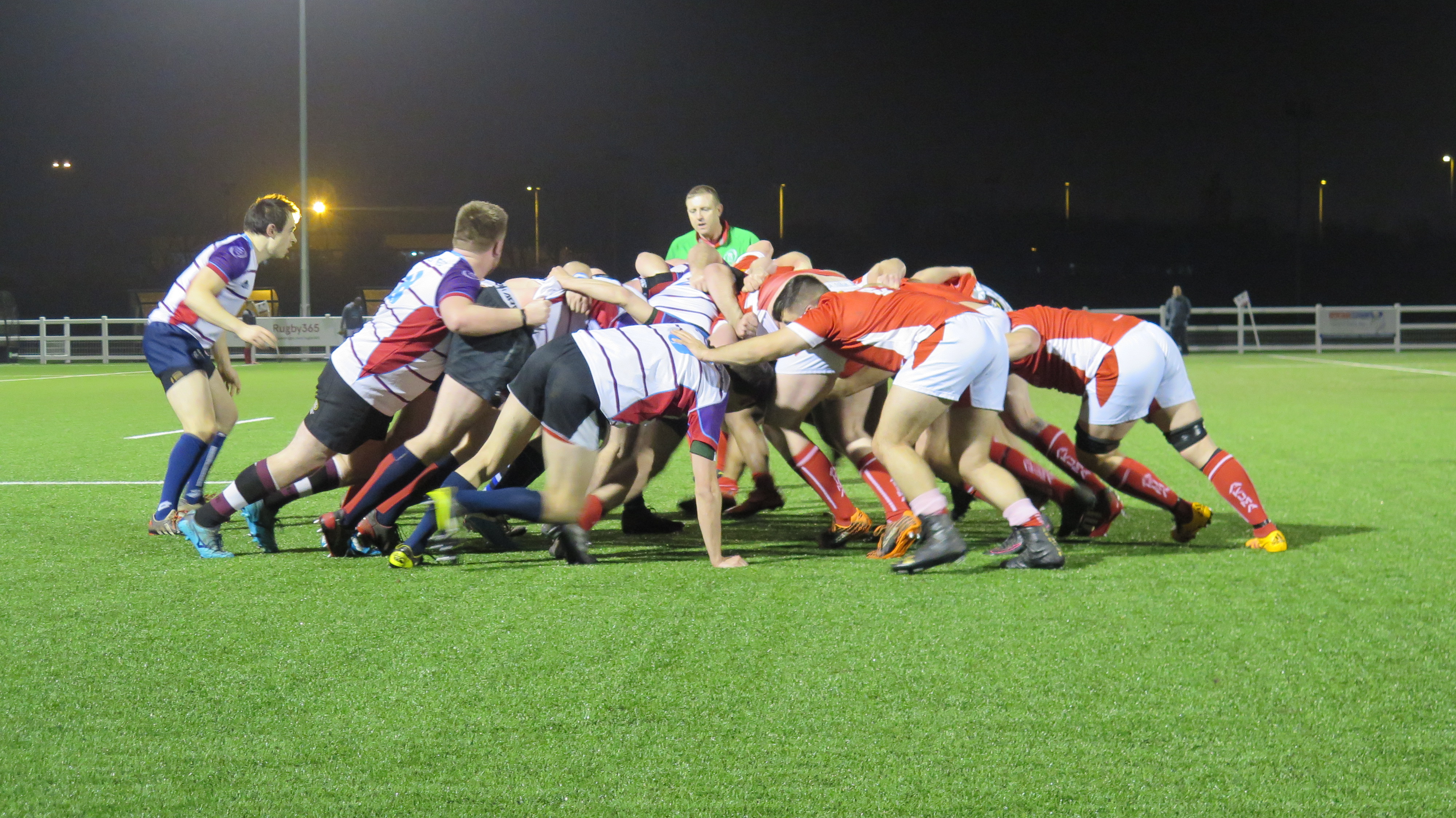 North Bristol was again the venue for MoD Abbey Wood (ABW – home of Defence Equipment and Support and a team drawn from a mixture of tri-service regulars and MOD civil servants who all work for the procurement and support organisation) to host a visiting Army team, this time the 1st Bn Royal Regiment of Fusiliers (1RRF).  The game was played on the now familiar 3G surface following heavy rain, and although the evening started dry, by half time the rain began to fall again and changed the nature of the game.

There was an extra edge to this New Year friendly, with both sides knowing that depending on the results of their respective ARU Championship Knock Out Bowl Quarter Finals they could be playing each other again very soon in a competitive game. 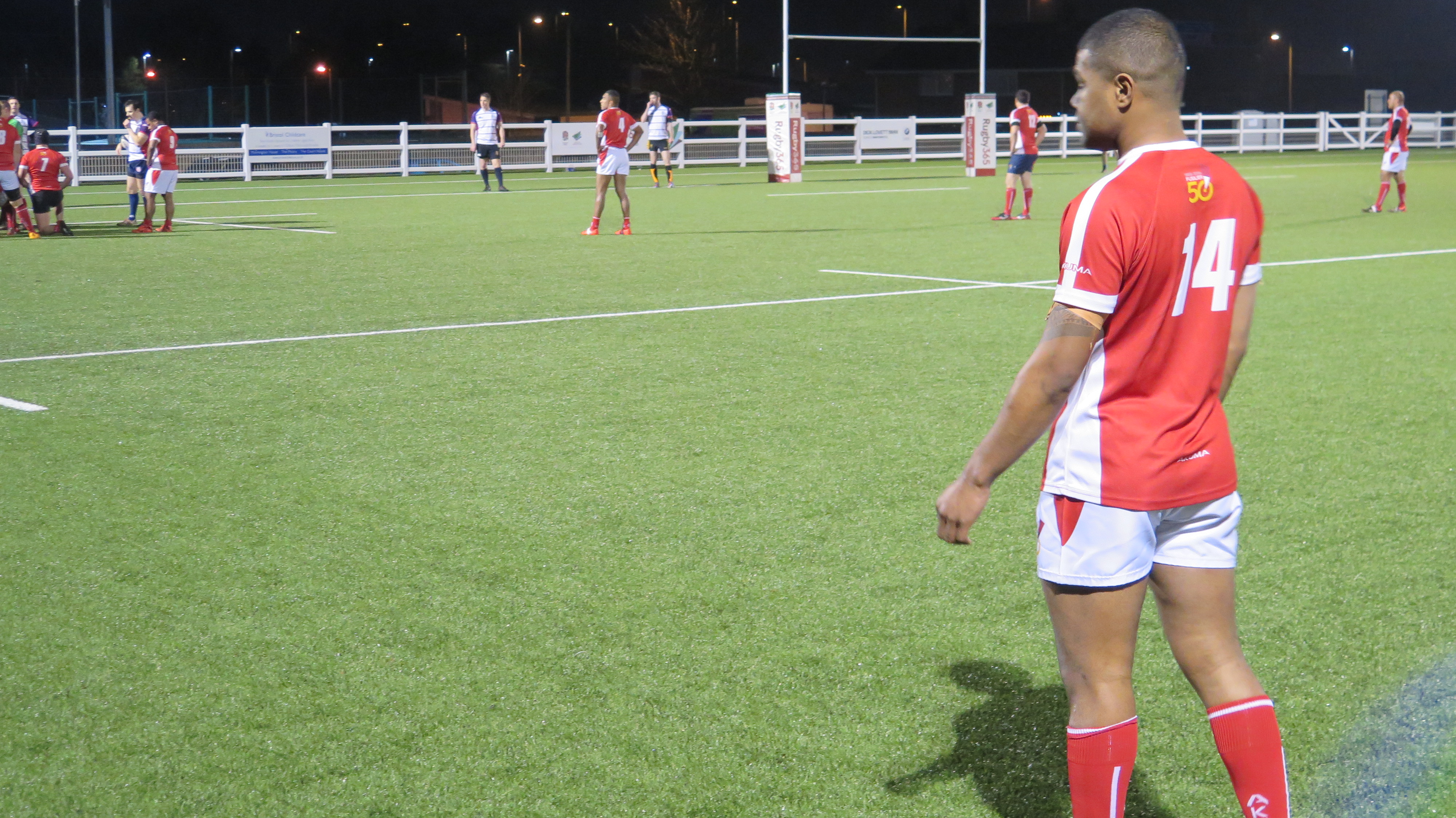 1RRF got proceedings under way with the kick off and exerted immediate pressure through their backs.  They possessed speed, power and skill, which combined with some good work at the ruck saw them take a commanding lead early on.  Two converted tries in the first 20 minutes from the Infanteers saw them go ahead. Both scores were out wide to the left as they attacked, which must bring praise for the quality of the 1RRF kicking as both conversions were successful.  After a slow start ABW got back into the game and managed to exert significant pressure through their pack.  Converting a lot of territory and possession seemed difficult for the home team however, only managing one unconverted score before half time to bring the score to 5-14 to the Fusiliers but leaving things more open for the second half. 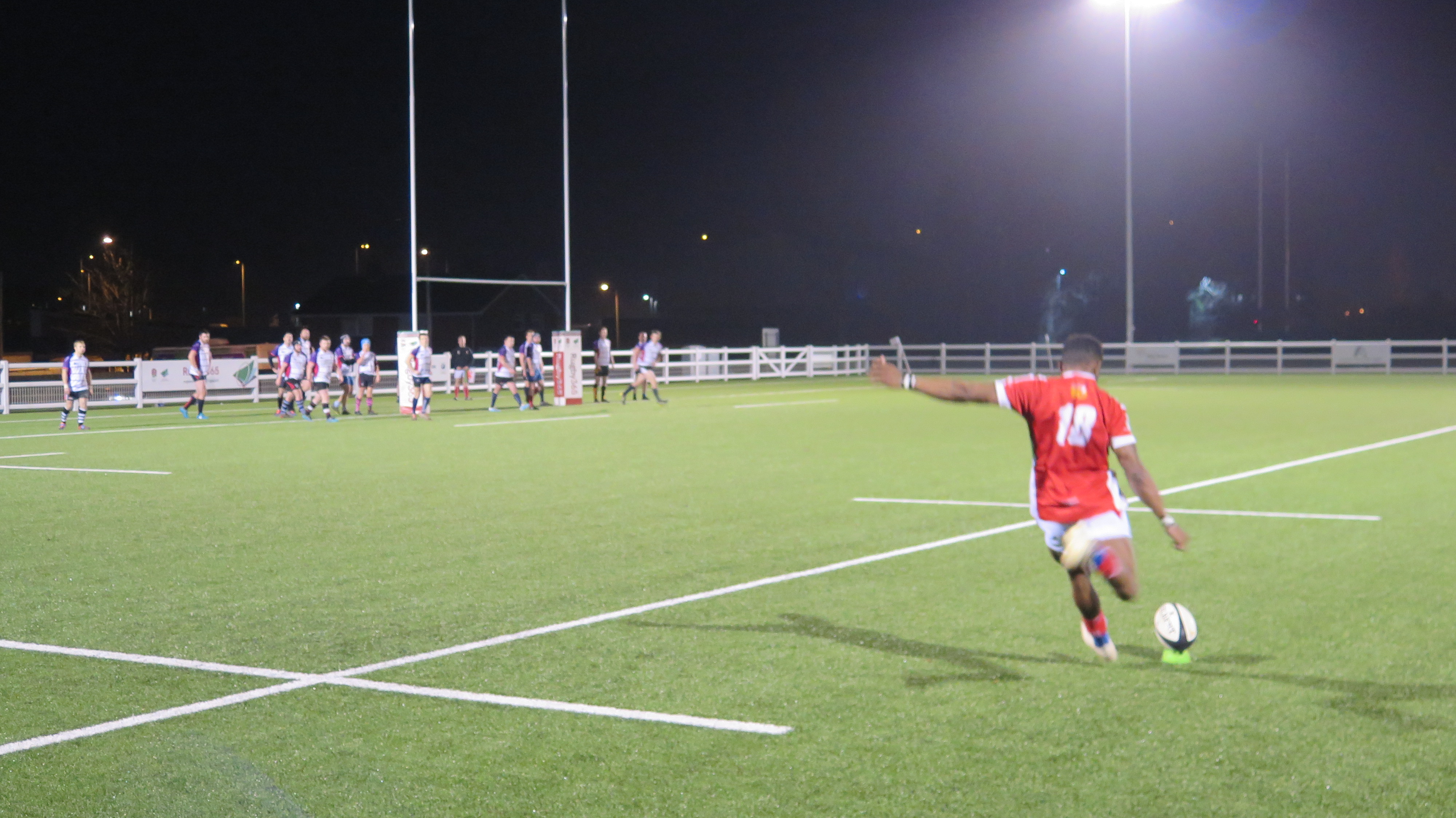 With a growing squad this year ABW made many changes to their team at half time which brought some badly needed fresh legs to a side still creaking under the weight of the Christmas festivities.  Despite this 1RRF held their ground and showed no signs of tiring as the second half progressed.  The two teams shared the set piece, with the Fusiliers competing strongly at the lineout and spoiling a lot of ABW ball, but the Bristol team exerted their own pressure through a strong scrum. 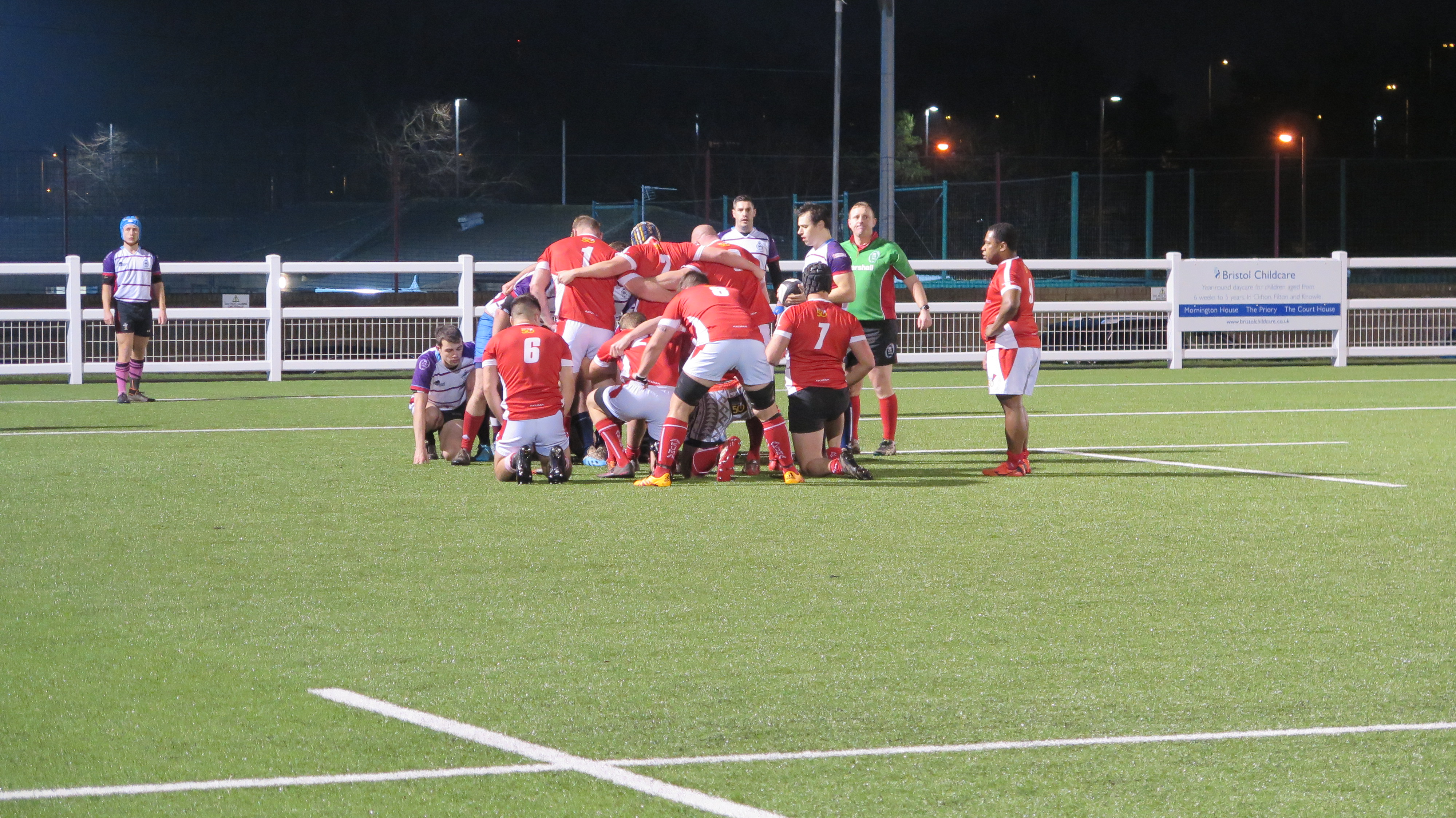 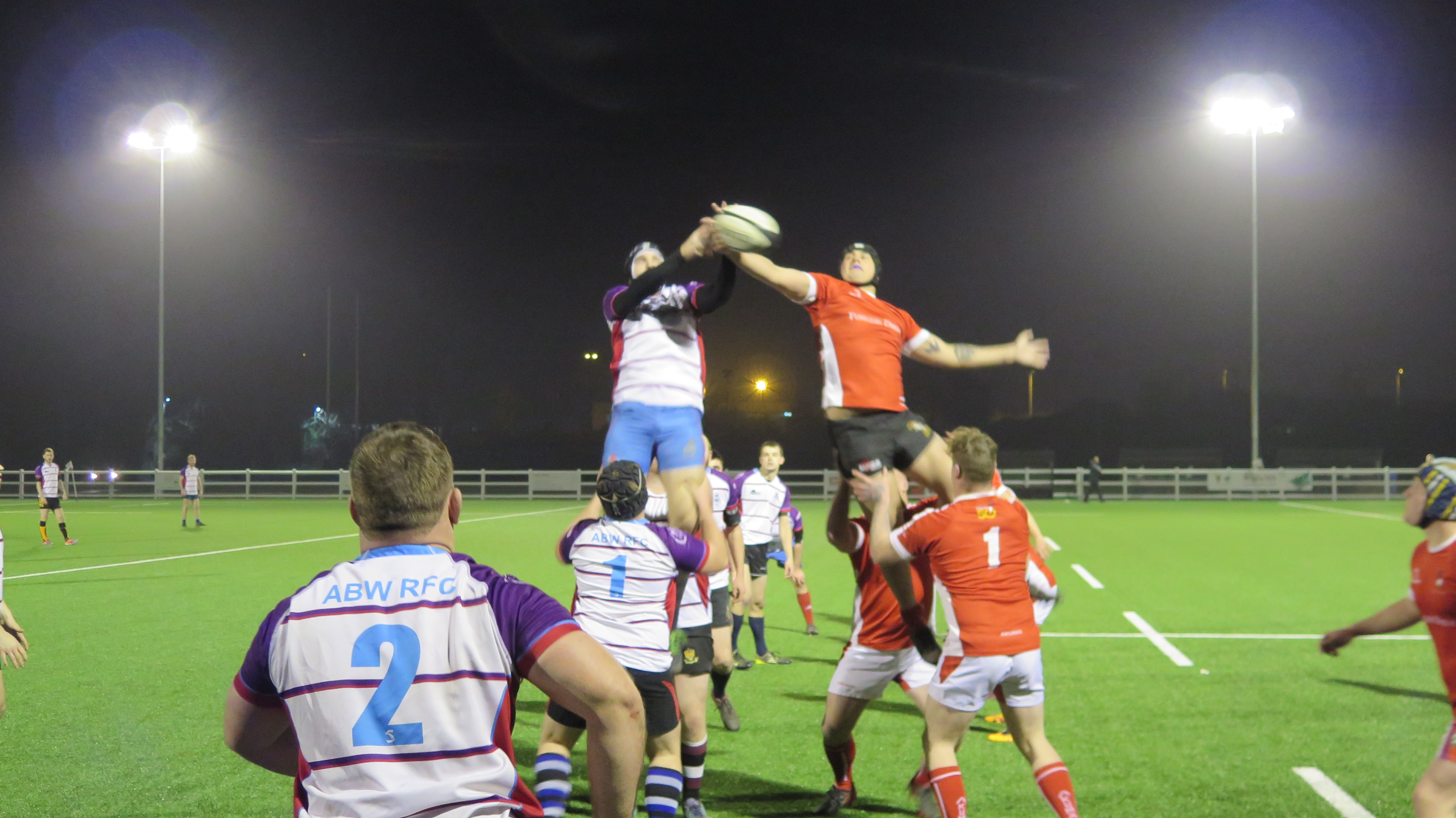 After being tackled into touch-in-goal mid-way through the second half, ABW were eventually rewarded soon afterwards for their time in the opposition 22 with a penalty try, bringing the score to 12-14.  The game continued with the handling conditions deteriorating with the weather, and with the number of scrums increasing this played into the hands of the hosts.  Not to be silenced though 1RRF came back with a converted score of their own after pouncing on an ABW mistake which was converted for what turned out to be the winning score, making it 12-21.

A converted ABW try in the last 5 minutes under the posts turned out to be the final noteworthy act of the game, bringing the score to 19-21 to the Fusiliers. For what was a close game in which the visitors just had the edge in several of the key areas this was generally agreed to be a fair reflection of the evening’s fixture.  All eyes now turn to the ARU Champ KO Bowl Quarter Finals, and a potential second fixture between these two teams in the Semi-Final stages.