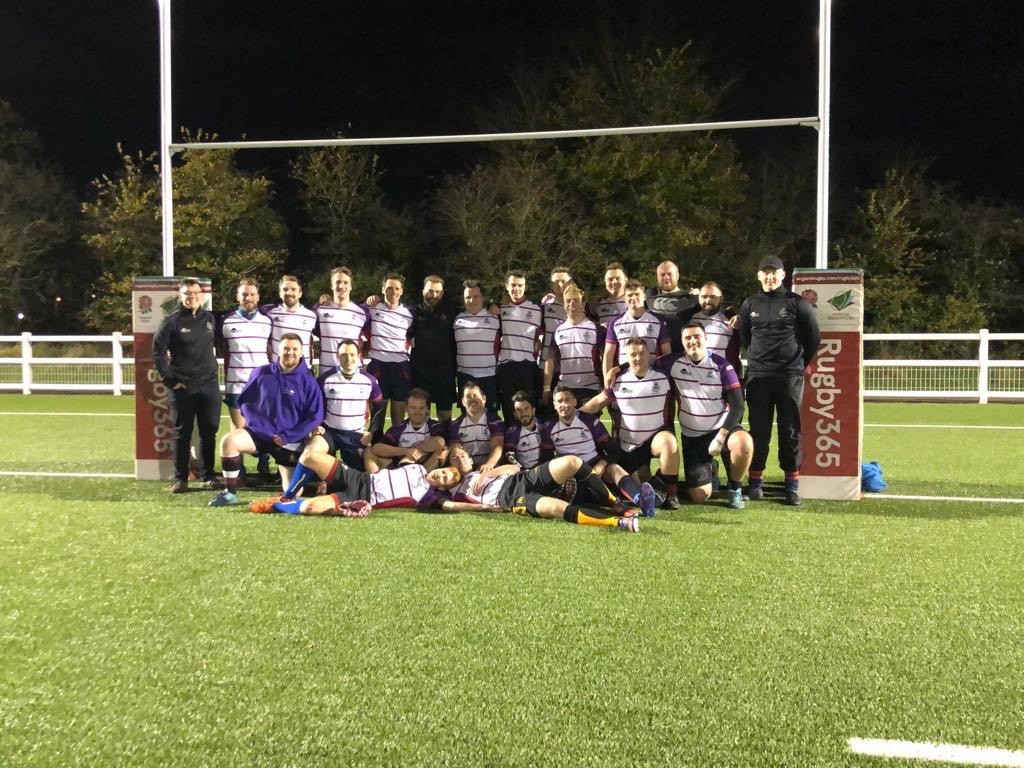 8 Bn REME travelled to North Bristol Rugby Club on a cold, breezy, but dry Wednesday afternoon ready for the first knock out game of the season against MoD Abbey Wood (ABW). Due to pitch availability kick-off was brought forward to 16:00. Both teams went through extensive warm ups and the Captains met in the middle where it was decided ABW would be receiving the kick off.

The referee’s whistle sounded, and we were underway with ABW gathering the first kick cleanly. After 2 minutes ABW suffered their first injury of the game, with James ‘Chubba’ Davis taking a blow to his shoulder ending his game. Congratulations must be extended to Chubba; despite only lasting two minutes this is the longest appearance from someone in the Number 1 shirt this season for ABW! 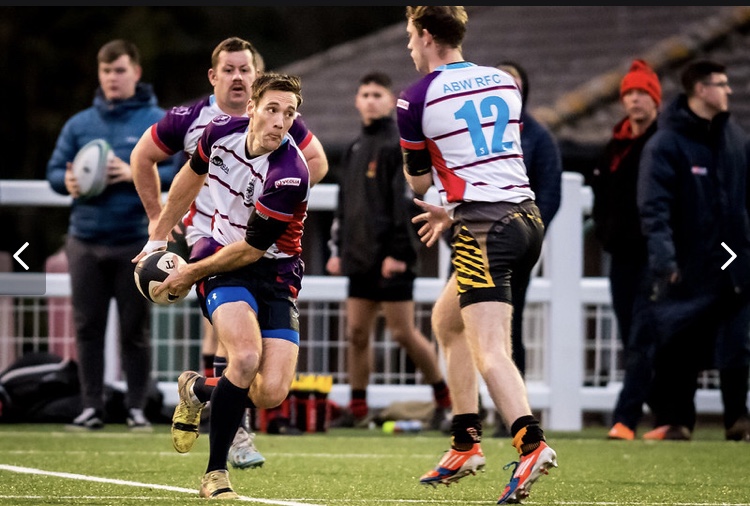 The first 10 minutes were tightly contested but it was ABW who made the first breakthrough. Good work from the forwards saw ABW creep up to the REME 5m line but they were unable to break through the solid REME defence. A change of tactic saw the ball flung out to the backs and passed through the hands. The ball found its way to ABW Inside Centre Jack Mountcastle out on the left wing who powered through the defence and some how managed to stay on the pitch, extending a Mr Tickle-esque arm to open the scoring in the 12th minute. After a rather questionable celebration with Mountcastle it was down to skipper Gareth Jones to step up and take the conversion. From far out on the left wing and just outside the 22m line Jones slotted the kick over to put ABW 7-0 up.

8 Bn REME got the game back underway from the halfway line. A good chase from the REME pack saw ABW spill the ball straight into the arms of a REME player who ran through before offloading to a team-mate who was able to score. All of 8 seconds after the restart, the REME were back in the game with 15 minutes on the clock. Unfortunately for the REME, they were unable to collect the extra two points after a hard kick from out wide leaving the score at 7-5. 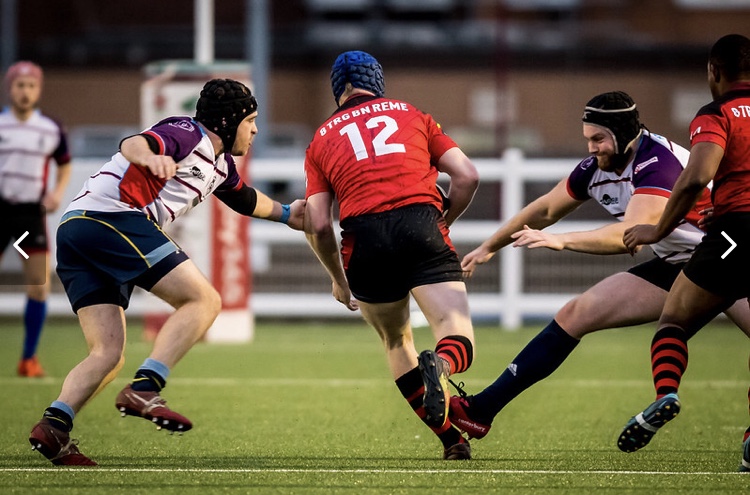 There was to be no break for the scoreboard as in the 17th minute ABW Outside Centre LCpl Lewis Stuart made the most of a long pass from the 8 Bn Centre and intercepted, running the ball in from 40m out.  With his pace the REME had no chance of catching him and he went over the line to extend ABW’s lead. Jones was unable to make his kick this time leaving the score at 12-5.

ABW continued to keep their foot on the gas, and in the 32nd minute, the forwards made great progress up the right-hand side of the pitch. But once again 8 Bn REME’s defence stood firm and ABW were unable to find their way over the line through the forwards. Several scrappy phases saw the REME lose their structure and quick thinking from ABW Blindside Flanker Jack Solomon saw him dart through a gap and over the line to score. Once again Jones was unable to convert, and the score remained at 17-5. 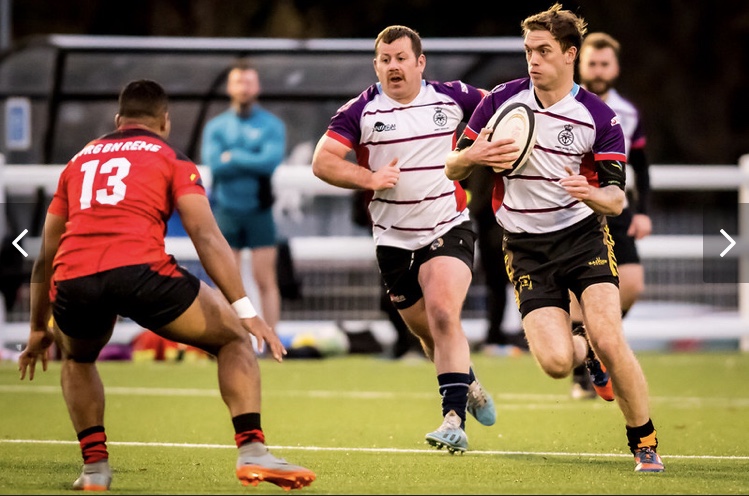 Abbey Wood got the second half underway although the kick only went 9.90m and a scrum was called on the halfway mark. It didn’t take long for the REME to narrow down ABW’s lead as in the 42nd minute they were able to breach the defensive line and score. Once again, the kick was missed leaving the score at 17-10.

The next 25 minutes were absolutely brutal with both sides testing each others physicality and speed, but with neither able to make a breakthrough. Eventually it was ABW who succumbed to the pressure and after some strong running by the REME backs the ball was touched down over the ABW line. With the score now 17-15, the REME goalkicker was able to hold his nerve and calmly slotted the ball between the uprights to make the score 17-17. 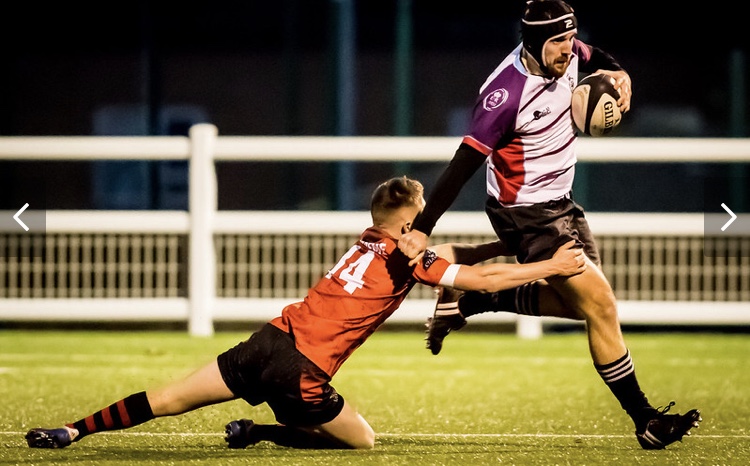 With the scores now level questions were starting to be asked on the side-lines, “does it go to a kick-off if it’s a draw?”, “do we have to play extra time?!” However, these questions were halted as 8 Bn breached the ABW defence in the last quarter and took the lead for the first time in this game. The REME kicker continued his form and once again put the ball between the posts to make the score 17-24.

With time running out nerves were starting to build amongst both sides. In the 75th minute ABW needed someone to step up and become a ‘hero’ (not the author’s words). This responsibility fell to super-sub Rich ‘The Feet’ Leat. Despite arriving late following an exam (the results of which are still unknown) Leat came onto the pitch making an instant impact. After some good hands from the ABW backs the ball found its way to Leat who was out wide on the left, with winger Craig ‘Mo’ Moseley outside him. Despite the extra man, Leat spotted a gap, tucked the ball under his wing and powered through to make the score 22-24. With a missed conversion there remained 2 points in it and only minutes left to play! 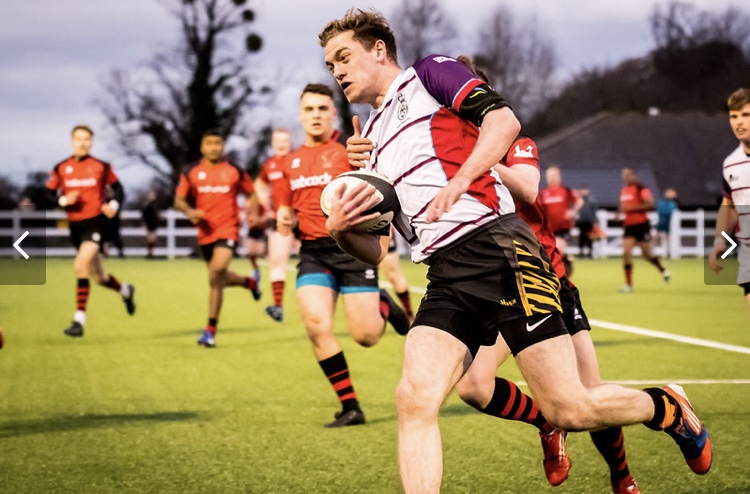 With time quickly running out, a lapse in discipline from the REME saw ABW awarded a penalty on the 22m line, slightly to the right of the posts. Jones took his time lining up the kick, and with the pressure of the whole ABW team resting on his (very small) shoulders, he was able to step up and pump the ball between the sticks. With only one-minute left to play the score was now 25-24.

Not long after the restart, and despite their best efforts, a handling error from the REME saw the referee sound his whilst for the last time with the game finishing in a 25-24 point win for ABW. 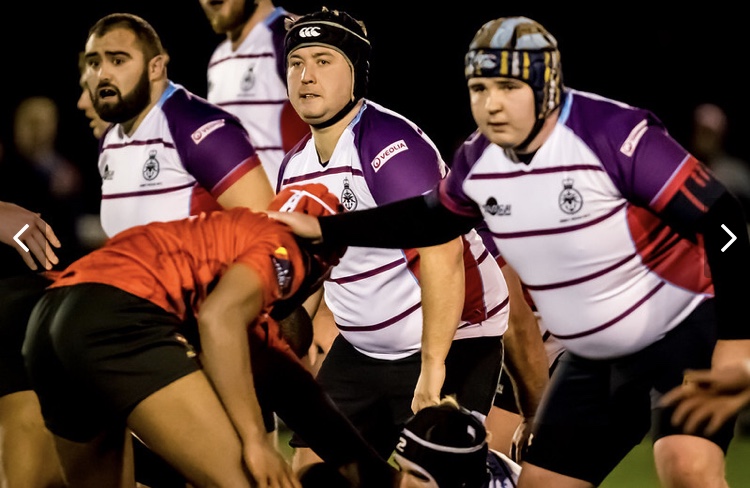 After a fierce battle, both sides shook hands and gathered under the posts for a picture. It was one of the more entertaining games of rugby to watch with both sides pushing each other to the limit. Both forwards fought, scrummed and rucked hard and both sets of backs showed their skill and pace when given the chance. Thanks to 8 Bn REME for a great game, one of the best oppositions we have played against in terms of ability and also a great bunch of blokes who provided some good entertainment in the bar afterwards. Best of luck for the rest of your season! 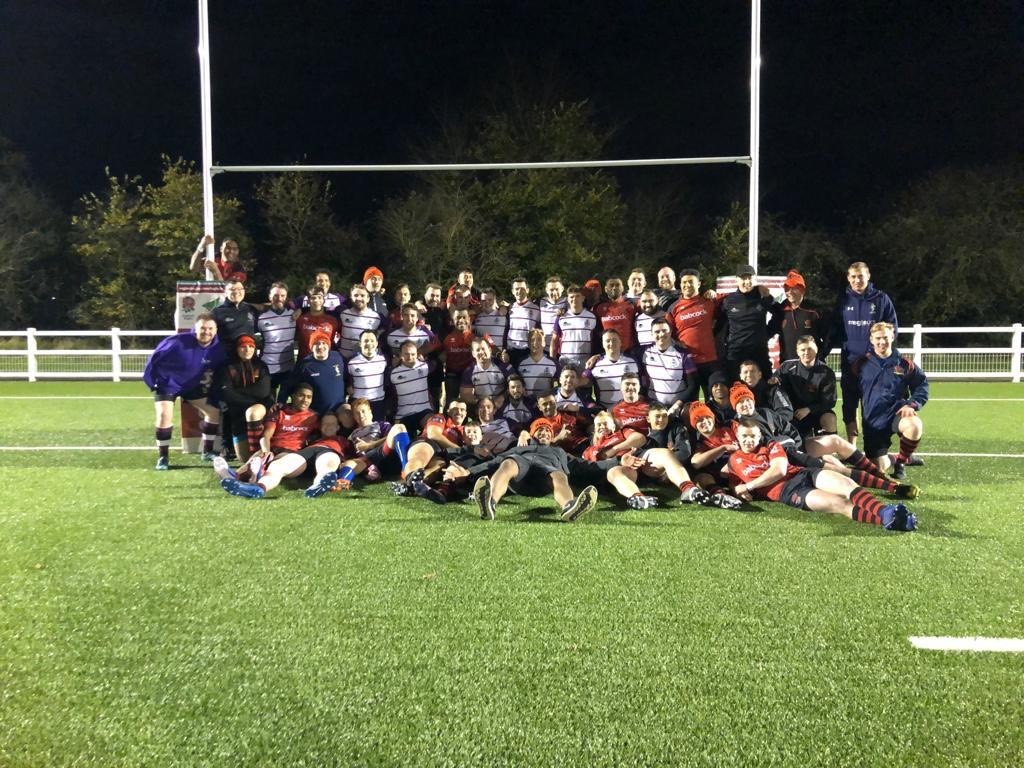