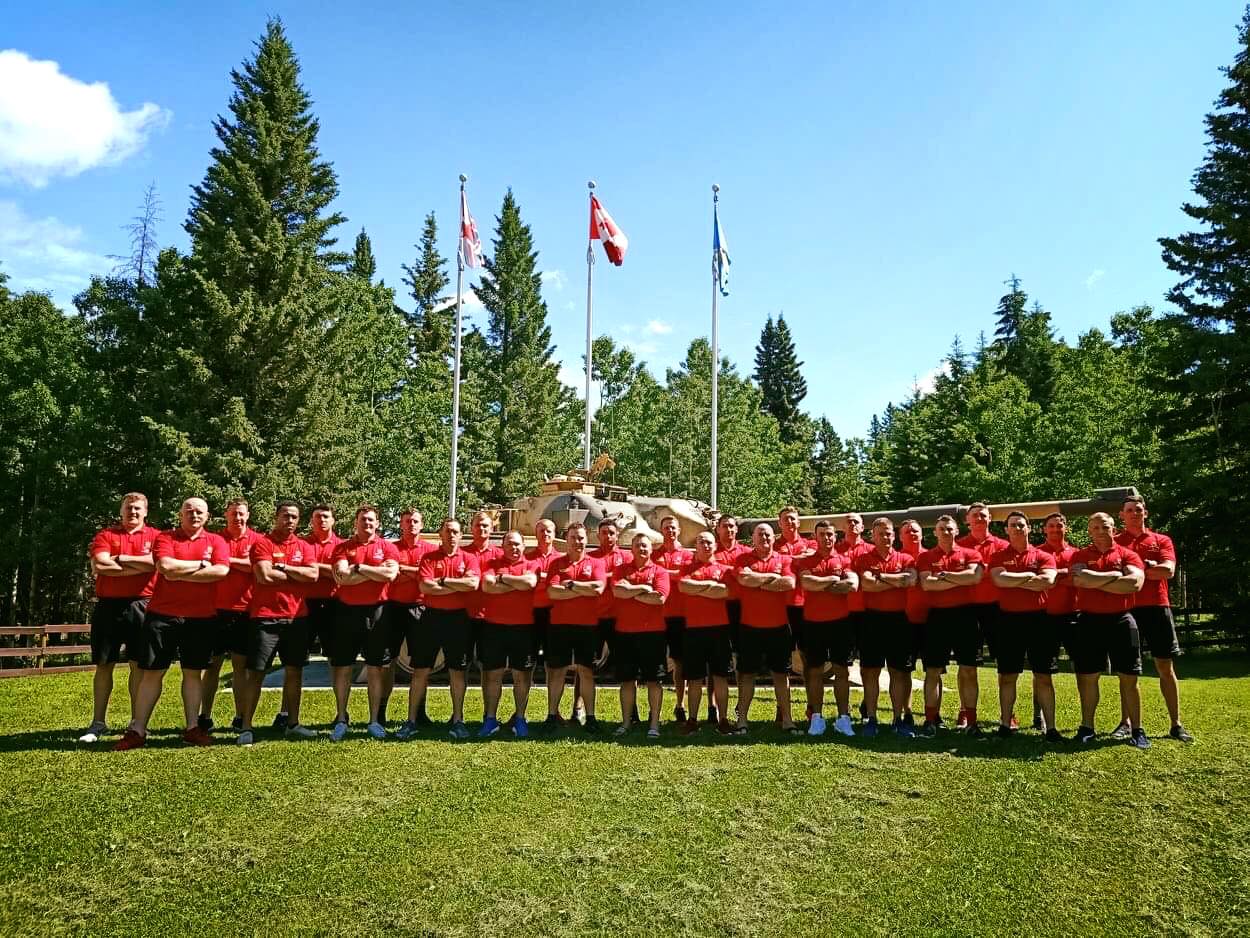 The RAPTC ‘Apostles’ have recently returned from a tour to Canada.

Having arrived late on a Sunday night and the squad were straight into training the following morning. This included a theory session for the more novice players. Each training session was planned to develop individual skills, communication and team play. 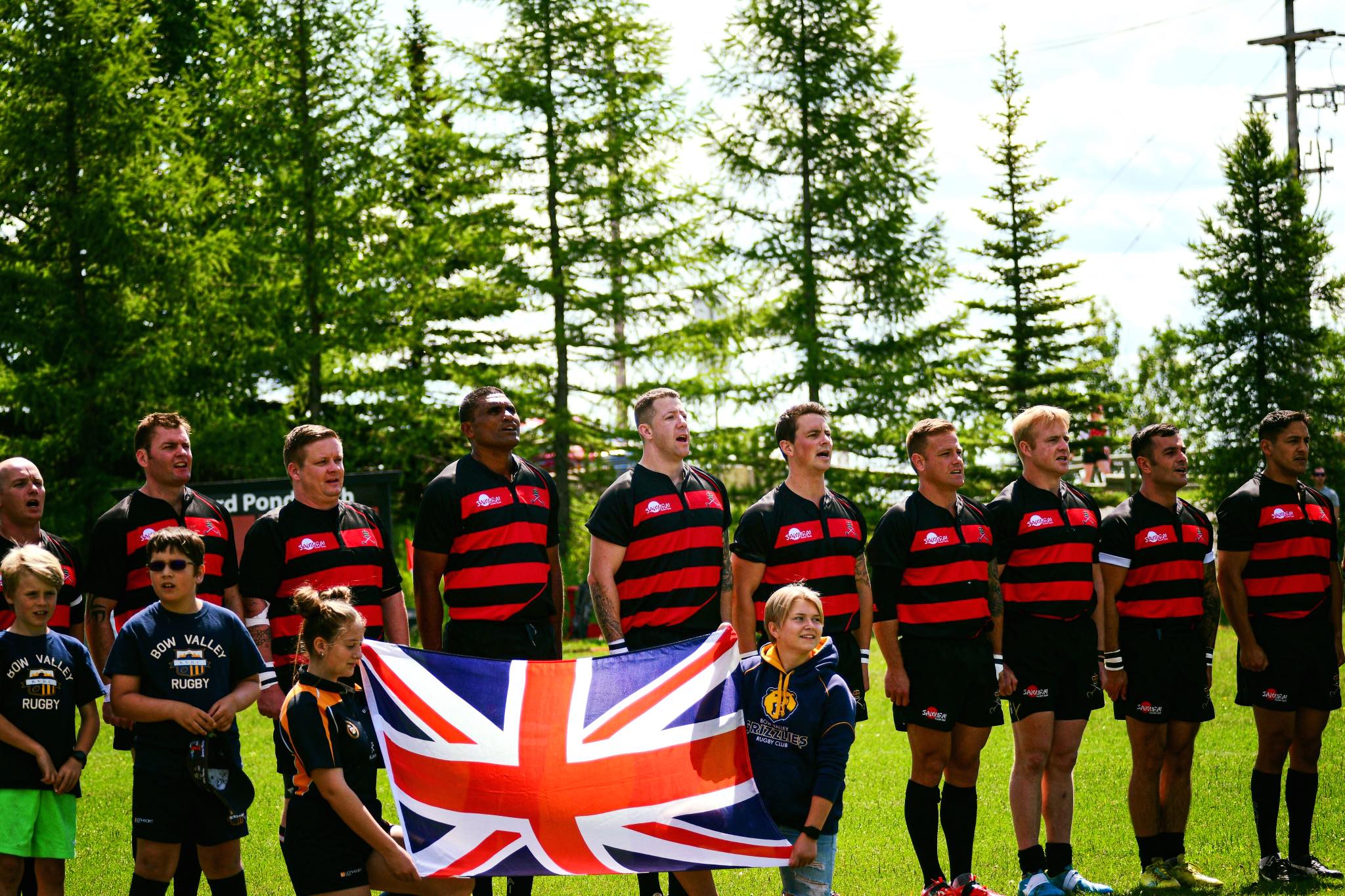 The Apostle’s first match against Edmonton Select, a mixed military and civilian team. This game proved that the early training sessions had paid off with some excellent skills on display. Final Score: The Apostles 66 – 7 Edmonton Select 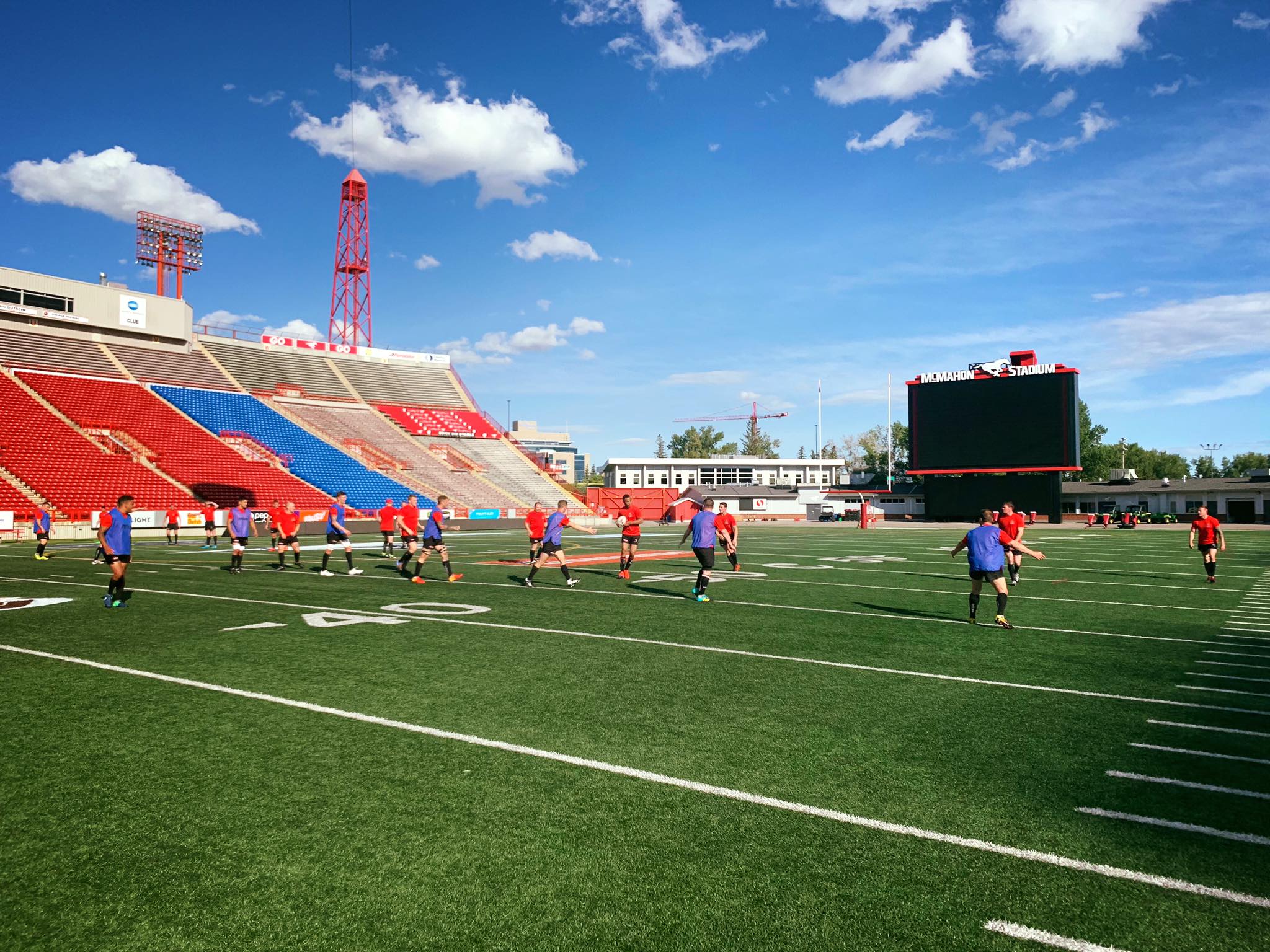 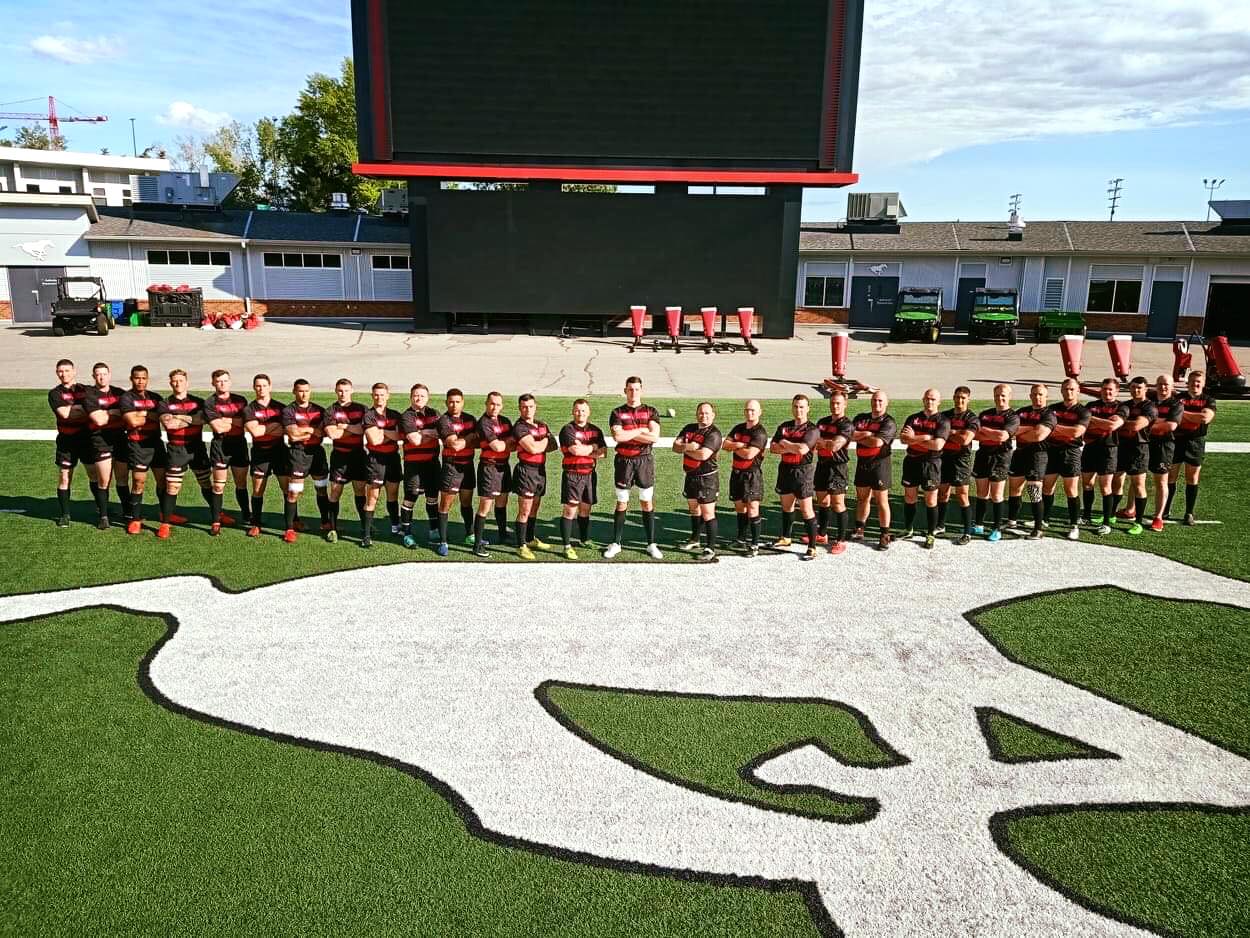 The final match of the tour was against the Bow Valley Grizzlies. A strong opponent as many of their players represent Alberta. This was a challenge The Apostles were very much looking forward to. The game was a hard-fought battle, with big hits from both sides early on setting the tempo. The game was played as part of Cochrane’s Canada day celebrations.  Final score: The Apostles 10 – 33 Bow Valley Grizzlies 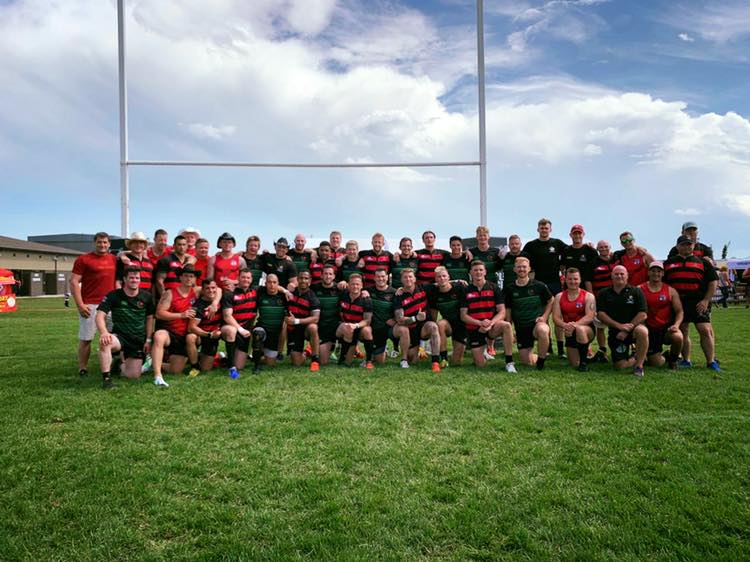 After the hard-fought battle, The Apostles utilised their surroundings to recover, heading to Banff hot water springs, as well as using the freshness of Ghost Lake. A switch of focus to 7’s skills, drills and tactics was now key as The Apostles entered 2 teams into a 7’s tournament at Calgary. With the A team taking part in the club level and the B team in the social level.
Both teams displayed excellent team work, personal skills and showed what they had learnt over the tour.
Although the B team did not make it out of the group stage, the A team went on a strong run with some excellent plays and skilful tries. The team was knocked out in the Semi-final, to a well organised local team.
Overall a very successful tour with the focus now to build for next season and continue to develop the team as well as the players and get the results The Apostles deserve.