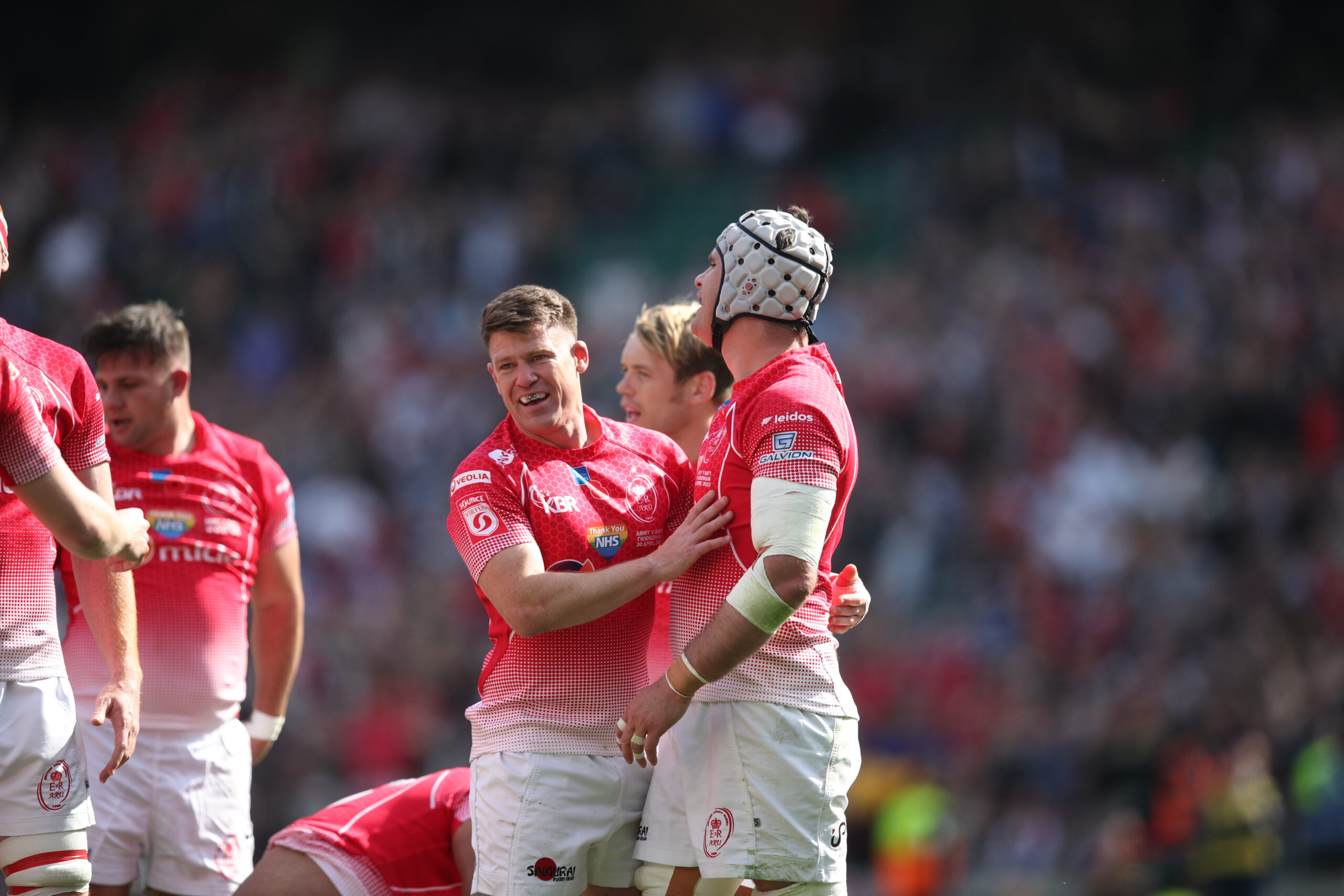 Relief and smiles after Twickenham classic

It could have been so different in the depths of Twickenham’s West Stand after an all-time Army Navy classic that went down to the wire. For this was a match which twisted and turned on moments both small and large, all of which were as significant in each other in shifting the momentum from blue to red and back again.

But when the whistle went, after LCpl Rafi Fatiaki (R Signals) had made his bone-crunching tackle to disrupt a last-ditch Royal Navy attack, after Pte Viliame Kotobalavu (RLC) had put the game to bed with an injury-time try, and after Spr Jack Johnson (RE) had kicked the final points, the Babcock Trophy and Inter-Services Championship were lifted and everyone in the red shirted ranks could breathe a huge sigh of relief and satisfaction. 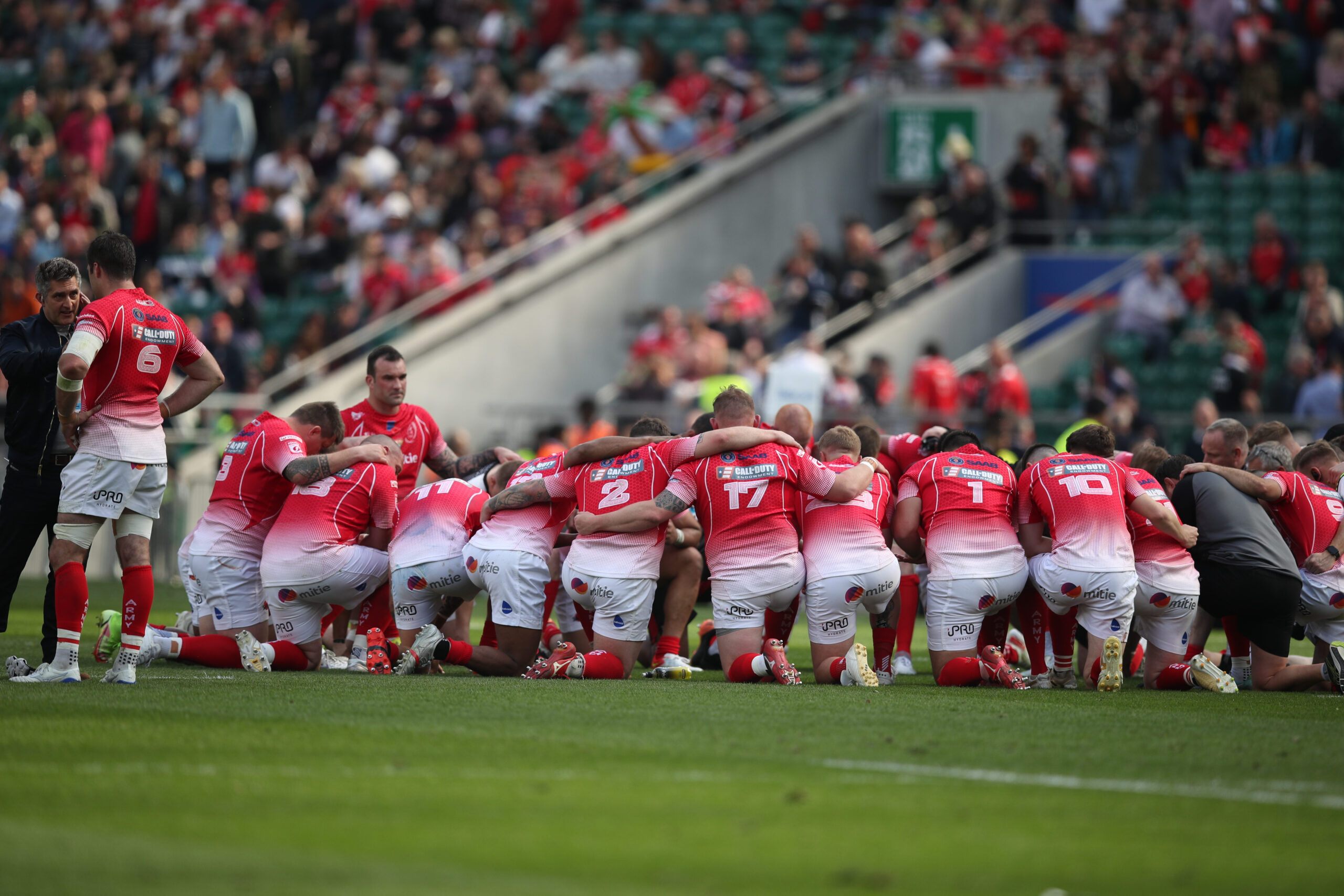 However a couple of hours earlier the situation had looked much bleaker for the Army, who had to repel wave after wave from the men in blue as the Royal Navy dominated the opening quarter.

Their reward was a mere 10-point lead as the Army, who would later fight back before half-time to tie things up with a pair of tries from the pack, maintained a resolute rearguard action to restrict their opponents to just the one try.

And it was this which skipper Capt Jamie Miller (AAC) said which proved to be the crucial period of the match.

“We know from experience that the Navy always come out and give you a physical performance and they didn’t disappoint,” he said. “They came out and carried hard, they hit hard, and they gave us a really hard time for a good 60 minutes of that game.

“So it wasn’t the polished performance that we wanted to go out on, but ultimately a win’s a win.

“We were pretty pleased with our ‘D’ sets. It was fast and furious, and we knew we were going to have to weather the storm.

“We did that pretty well and defensively we were happy that we had them matched. But it was also about turning our own possession into points and that’s where we struggled with those unforced errors.

“Ultimately I’ve embraced the experience, lived in the moment, I’m going to relish the result, and I can’t ask for anything more.” 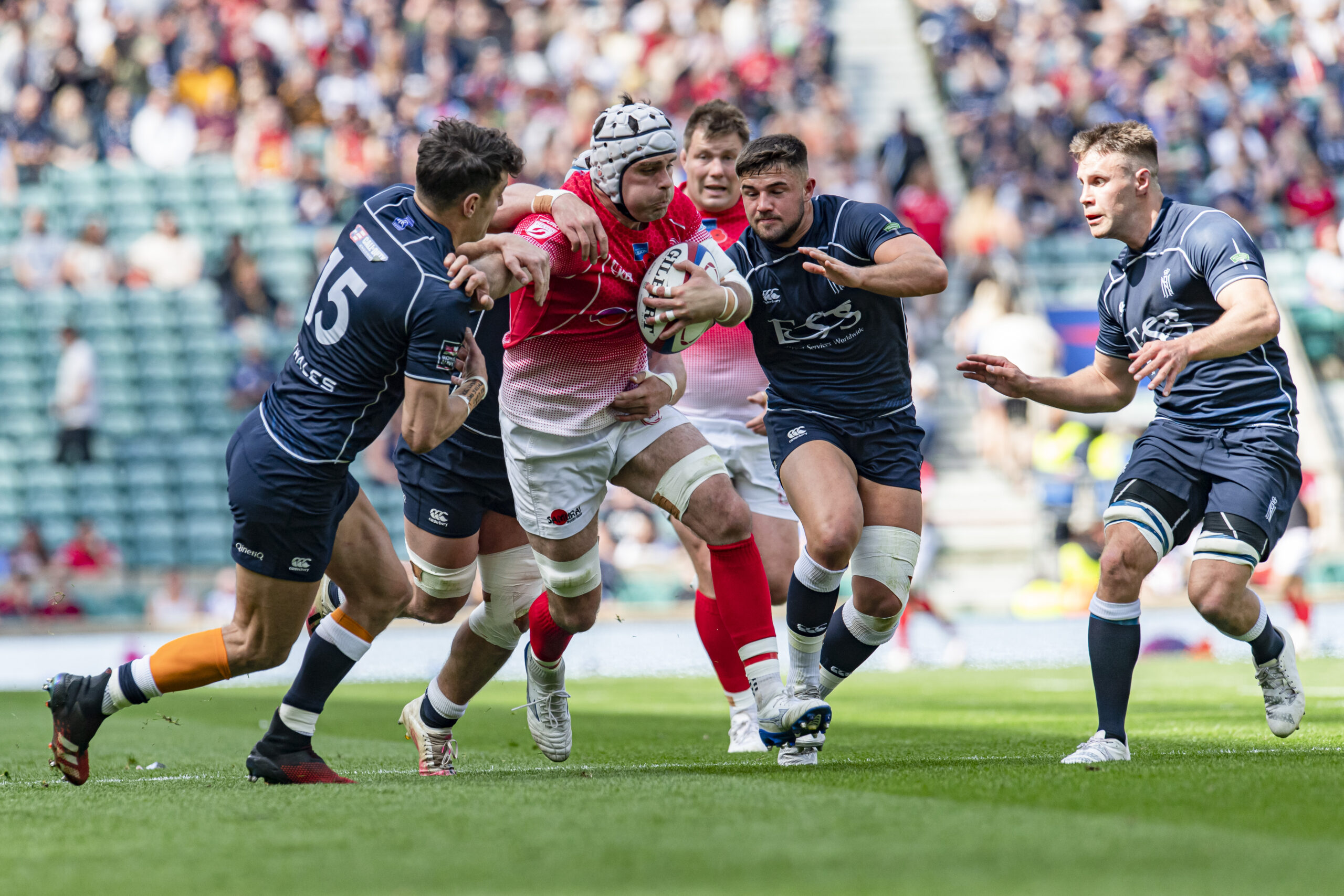 Capt Miller added that despite those early setbacks the red shirts were in a good place heading into the break.

“At half-time we spoke about that it was 10-all in a game in which we didn’t feel like we’d touched the ball,” he said. “We took a lot of confidence from that and the opportunities we were getting we were taking. We knew what we had to do was working on ensuring we had more of those opportunities, and that came from keeping more of the ball, making good decisions, and playing in the right parts of the field.

“It was a game of focusing on the next job when mistakes happened, whether it was a set piece or restart, putting what had happened out of the mind and looking at what had to happen next.”

The second half started in promising fashion with the Army setting up camp inside the Navy’s 22. However it was the blue shirts who scored next, sparking an exchange of leads which would continue until the final few exchanges.

With five minutes remaining Capt Miller played a crucial role in the try which put the Army in front for the final time, making a break down the right wing following some great handling from LCpl Semesa Rokoduguni (Scots DG) and Spr Mikey McDonald (RE), with Spr McDonald then on the receiving end of the scoring pass.

“It was pleasing, I won’t lie to you,” Capt Miller said. “Rocco is always dangerous and can beat anyone in a phone box. I knew that there was going to be a chance when he got the ball in his hands and then Mikey put me in a bit of space and I was grateful enough to give it back to him.” 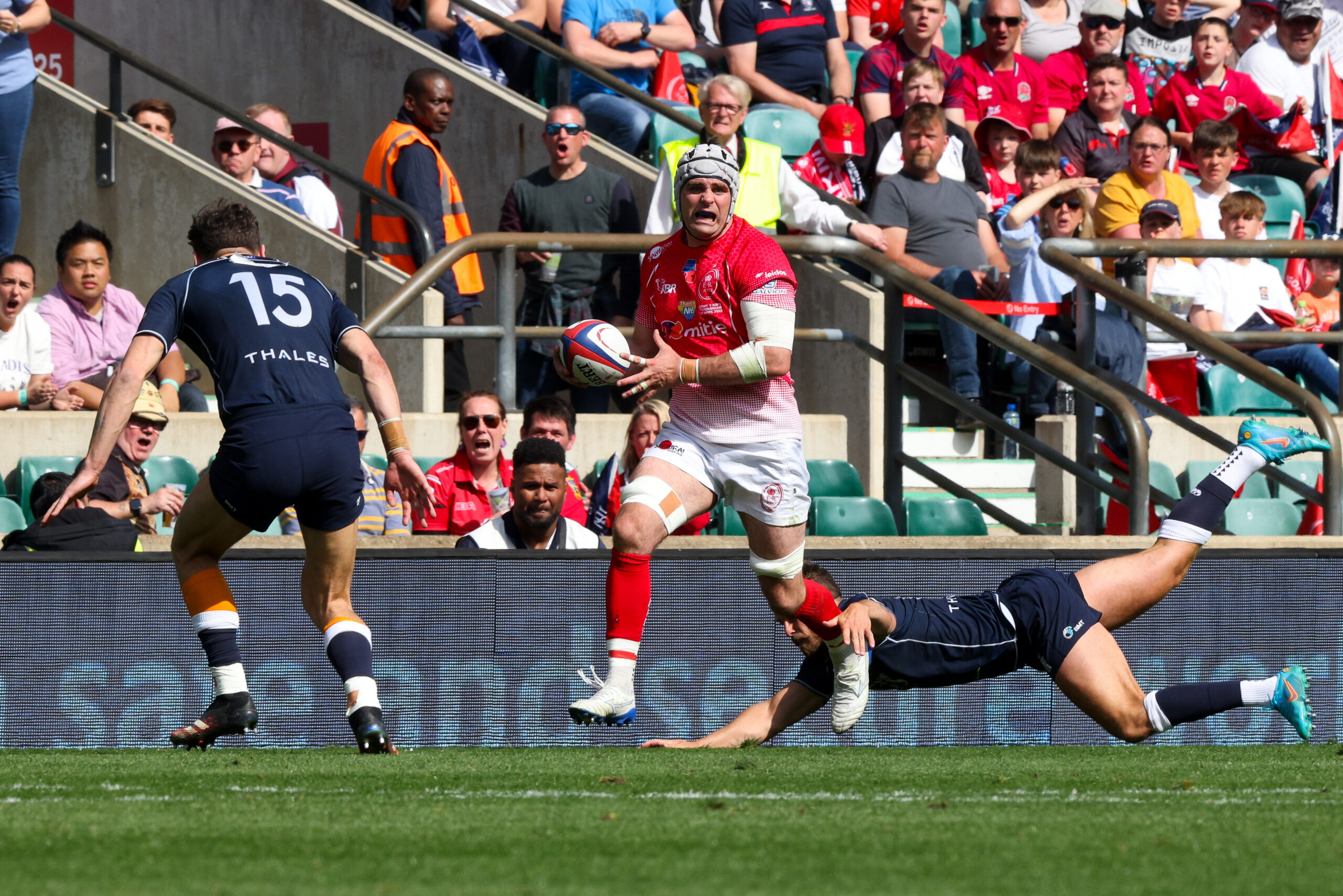 For his part Spr McDonald said that his focus was on keeping hold of the ball at the vital moment.

“We’ve done that all season, and I know the way Jamie plays,” he added. “It goes from Rocco’s hands into my hands, and then for a two-on-one on the wing. I knew Jamie was going to draw the man, and I just had to catch the ball! The space opened up and it was head down. I was celebrating about 15 metres out! It was surreal, I’ve never done anything like that before, scoring in front of about 60 thousand people. It was amazing.” 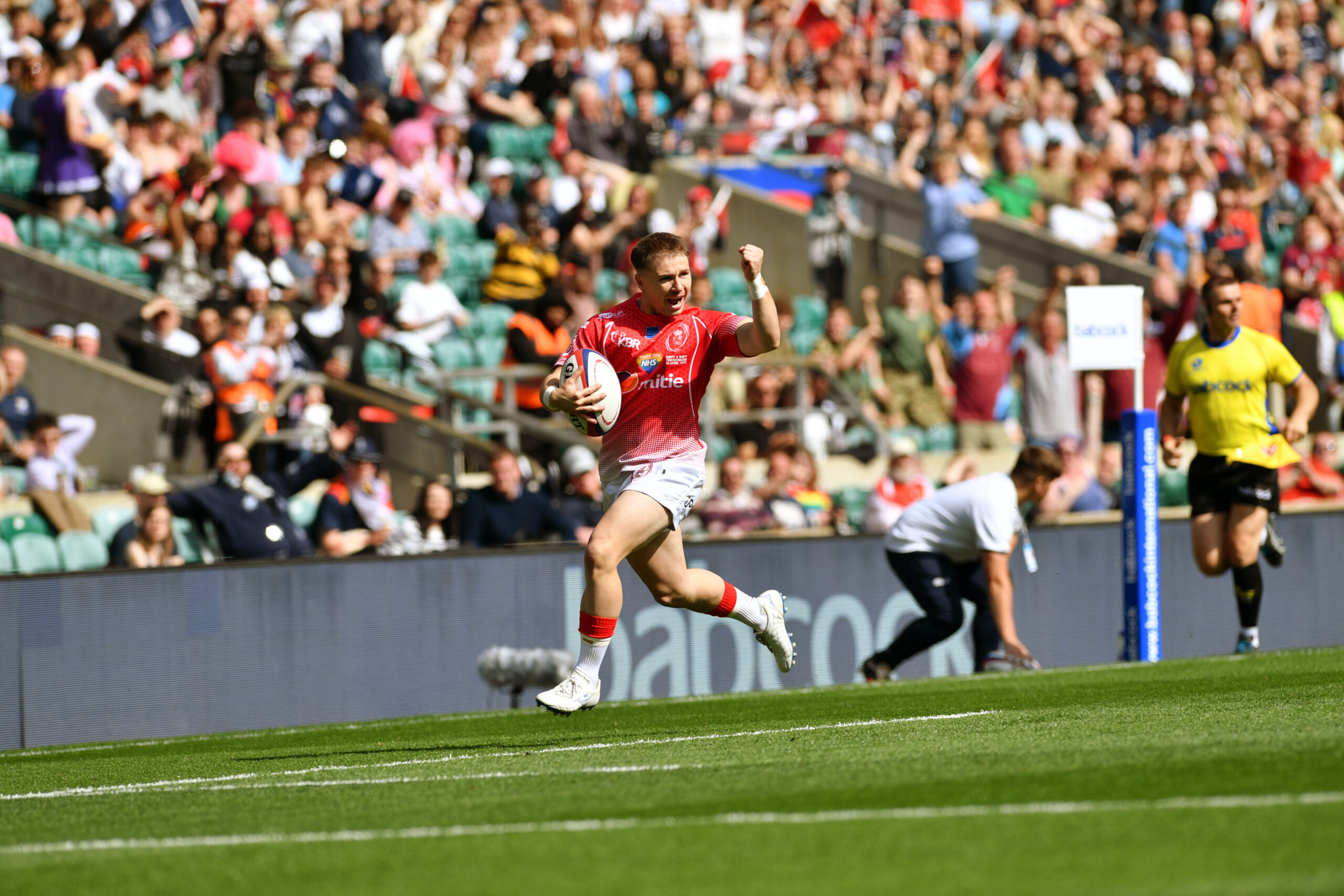 One player for whom this was a first Army Navy clash was Spr Jack Johnson (RE), who said that he was well aware of the history of representing the red shirts in the Inter-Services Championship.

Spr Johnson said that he had not been happy with his own performance, but that he was helped by the more experienced heads around him.

“I came in at half-time and had a few close friends in there who just told me to focus on the next job,” he commented. “That’s our philosophy as the Army team, we try not to have double errors, and to back things up with positives. That’s what we did in the second half, we were a lot better.

“We’ve got players who can score from anywhere; that’s what makes this Army team special. I’ve got to give credit to the pack, they drove us around the park and were giving us good ball, front foot ball.” 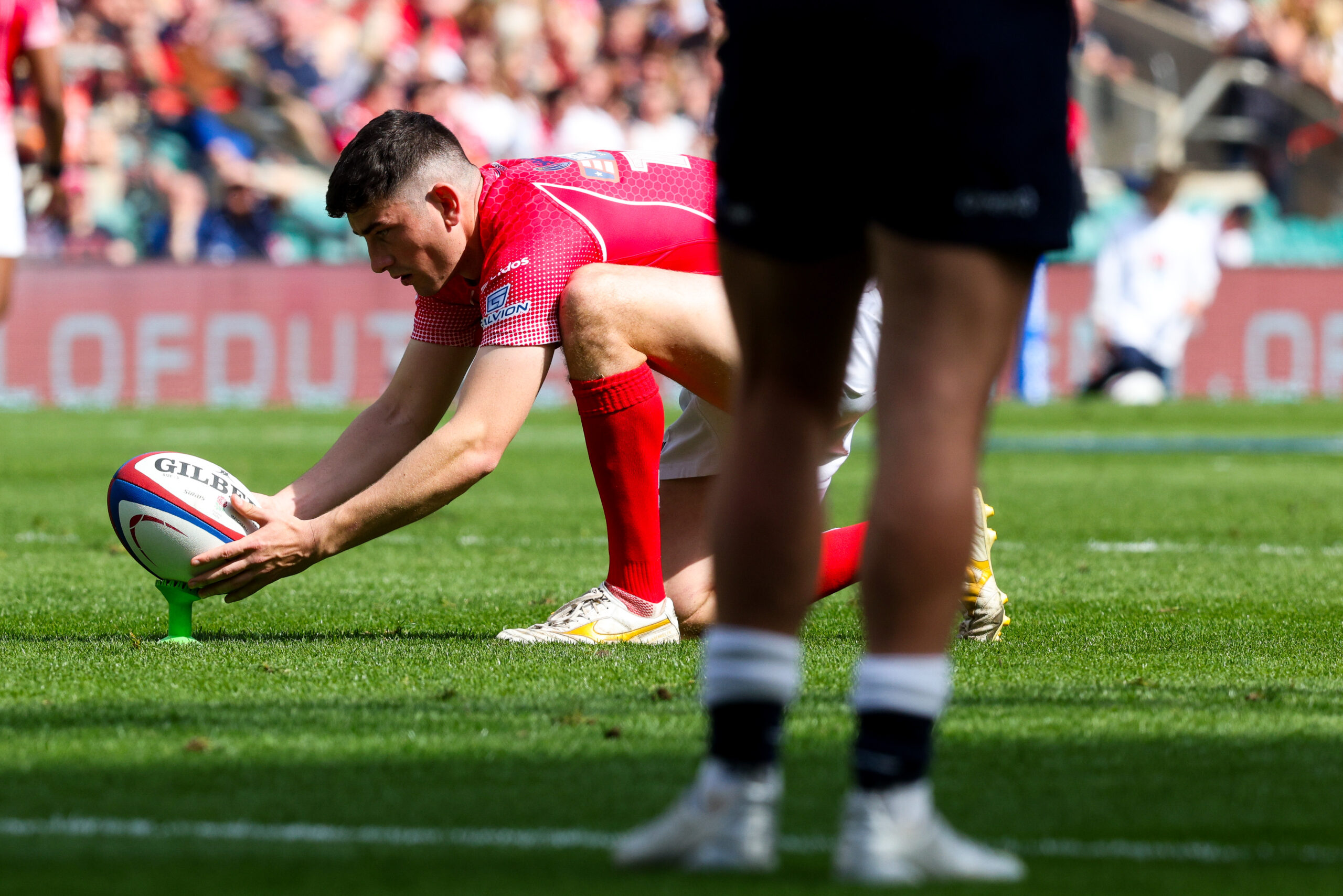 For Spr Johnson, kicking the final points brought the curtain down on a memorable few months for the young fly half, which saw him add the senior level Inter-Services crown to the Under-23 version he won back in November.