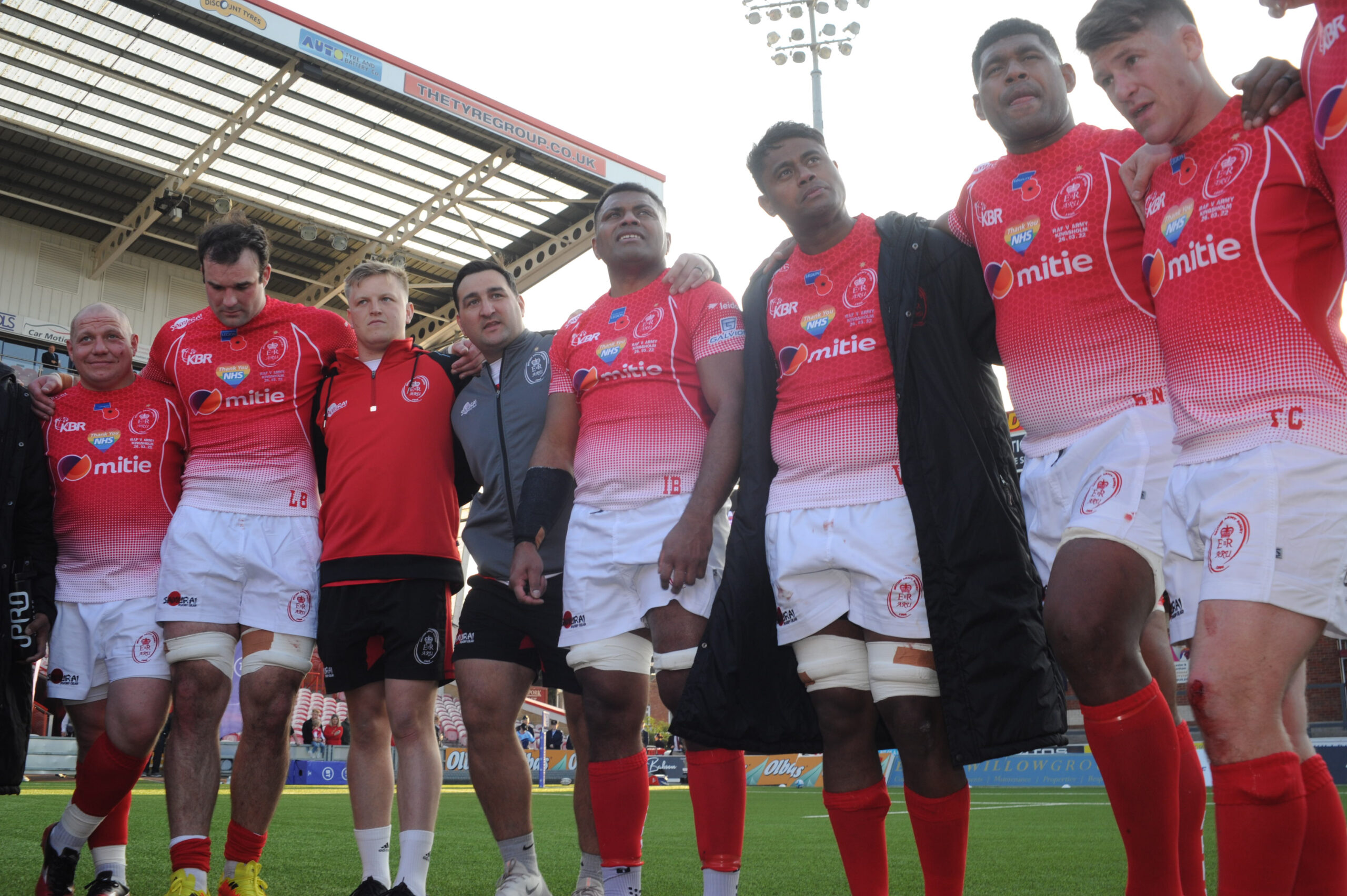 By Kimberley FowkeMarch 27, 2022No Comments

The Senior Men completed the Army’s clean sweep over the RAF at Kingsholm.

A first 30 minutes packed with furious action set the tone for the red shirts, the forwards getting over the gainline time and again with powerful charges and the defence getting into the RAF’s faces.

But points were needed as much as possession and position, and with Spr Jack Johnson (RE) on target with a pair of early penalties the scoreboard was ticking over nicely. 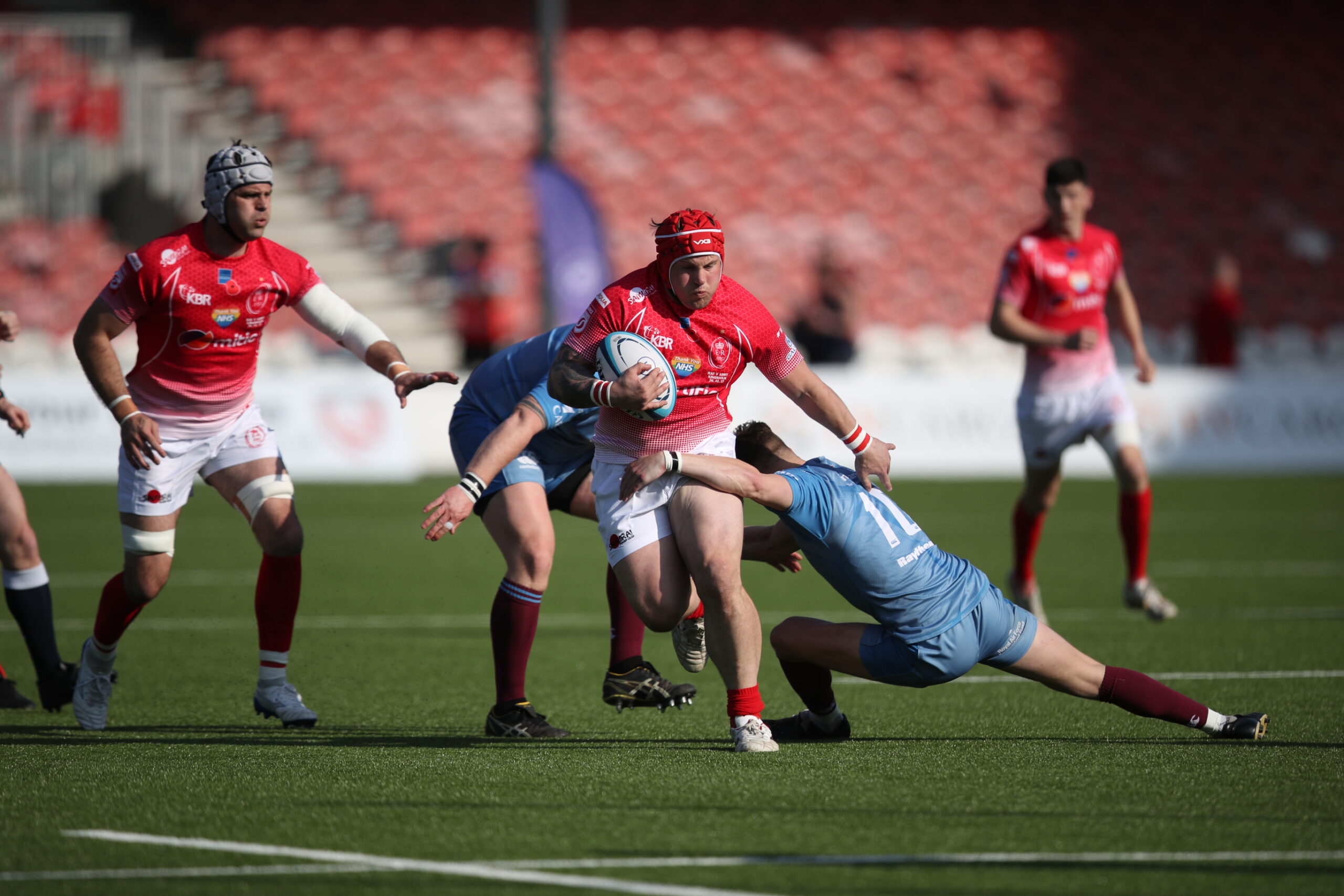 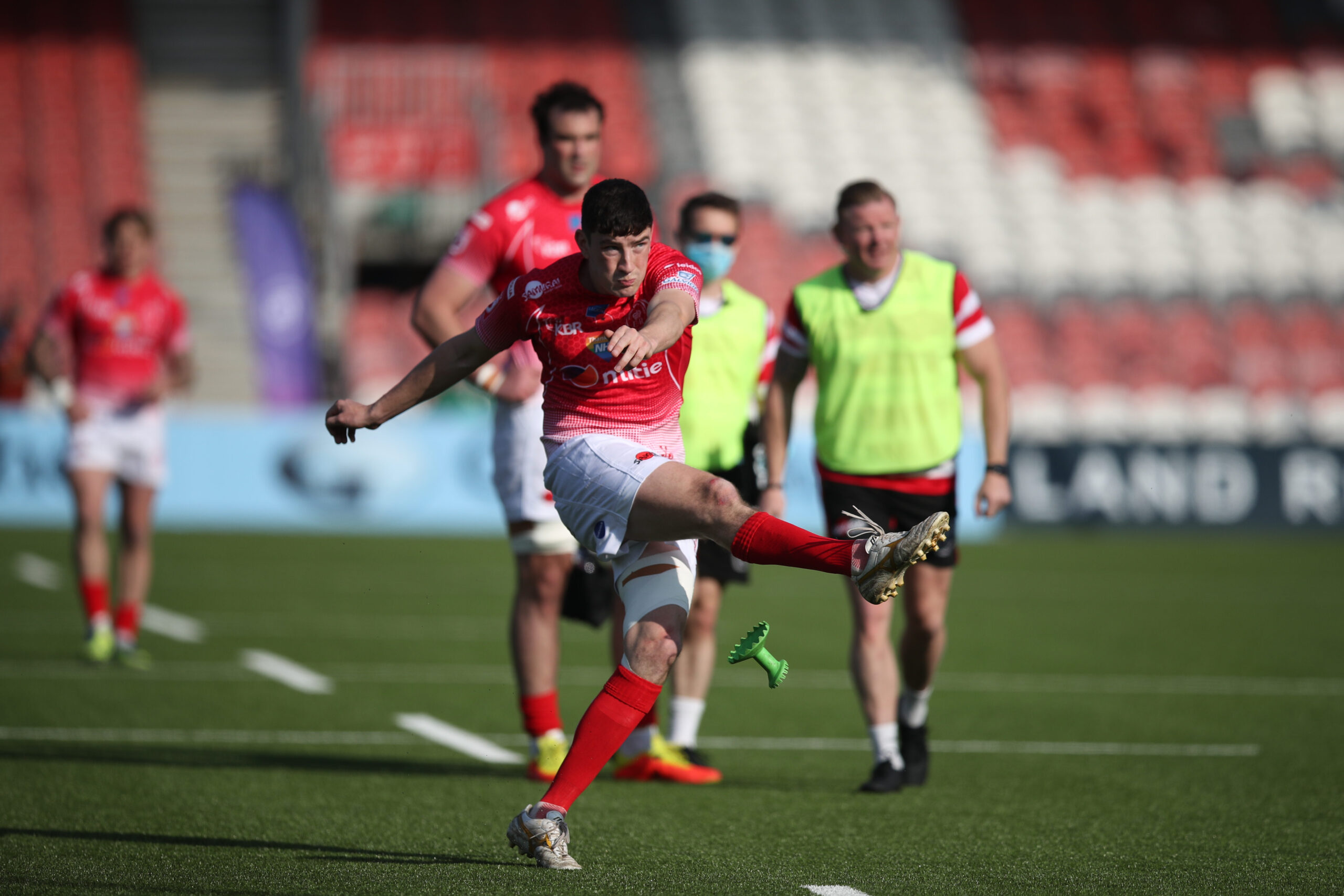 However there were number of get-out-of-jail-free cards dealt to the Army as well. Capt Luke Riddell missed his first two shots at goal, and while the second also handed the RAF a perfect position thanks to the catcher dotting the ball down with one foot still in play, the RAF could not finish things off, the Army defence holding firm to eventually win a penalty.

There was better to come, as the RAF fumbled a box kick to gift the red shirts a scrum. Pressure did come on from the contingent in blue, but LCpl Lloyd Wheeldon (3 Para) kept his head to get the ball out, LCpl Ravi Fatiaki (R Signals) pulled in two defenders with his run, and LCpl John Davetanivalu (R Signals) was on the end of the offload to dive in between the uprights. 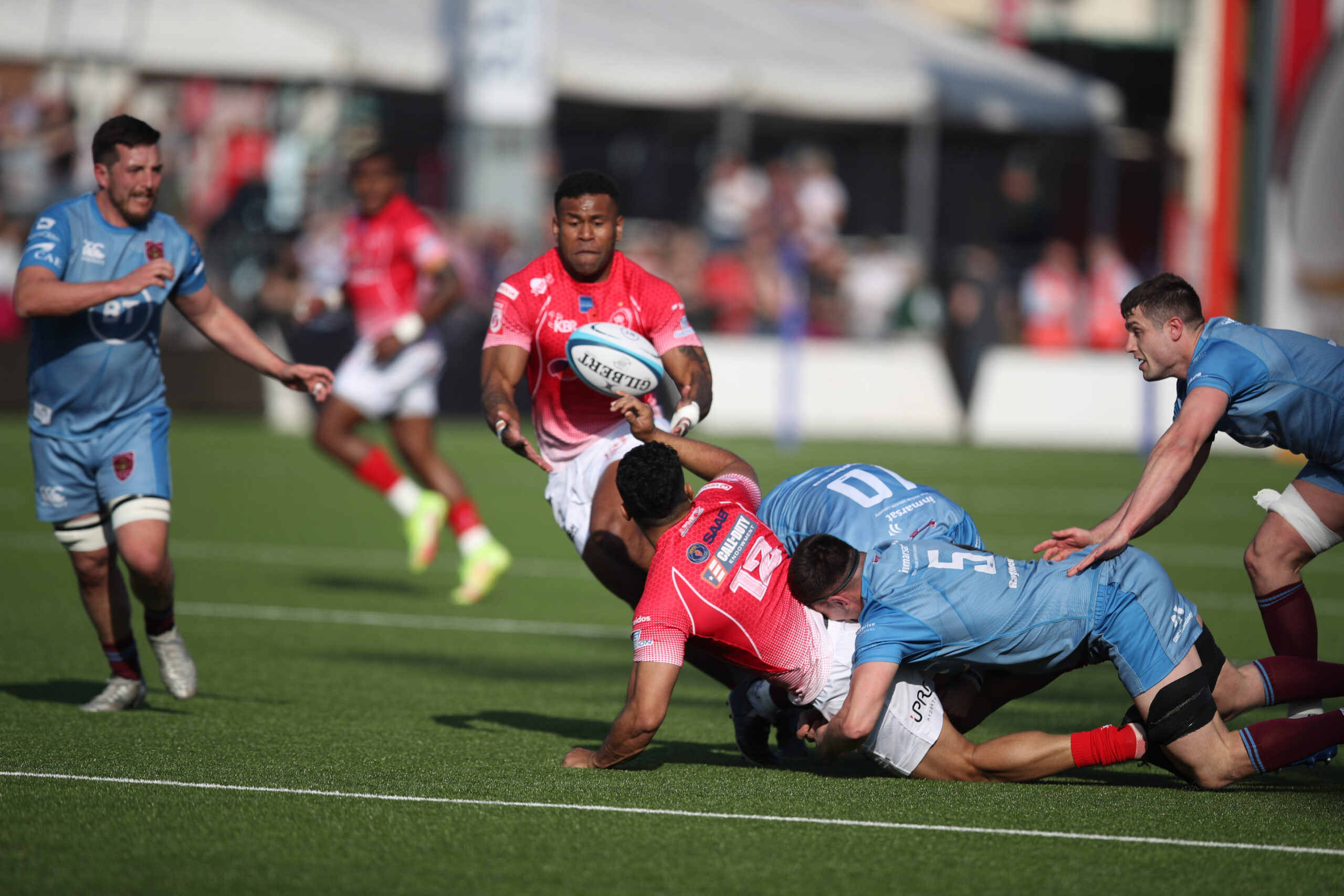 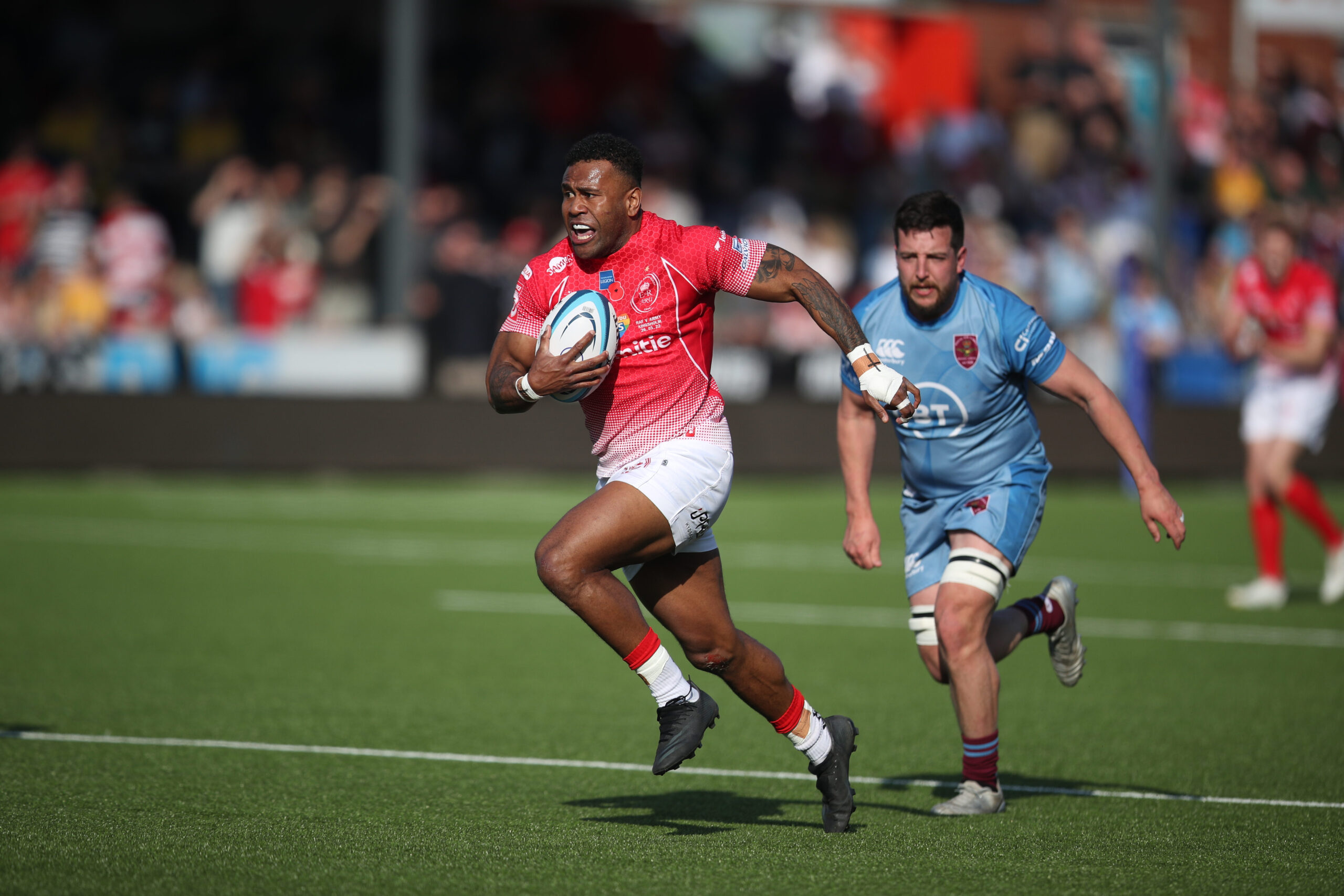 But play was brought back for crossing, and the RAF capitalised on the let-off, Capt Riddell landing his next shot and SAC(T) Ryan Crowley finishing well in the corner three minutes later.

Nevertheless there was still time for LCpl Rokoduguni to settle any nerves with a superb finish in the dying embers of the first half, and when the former England international added a second try five minutes after the break the Army were well clear at 25-8. 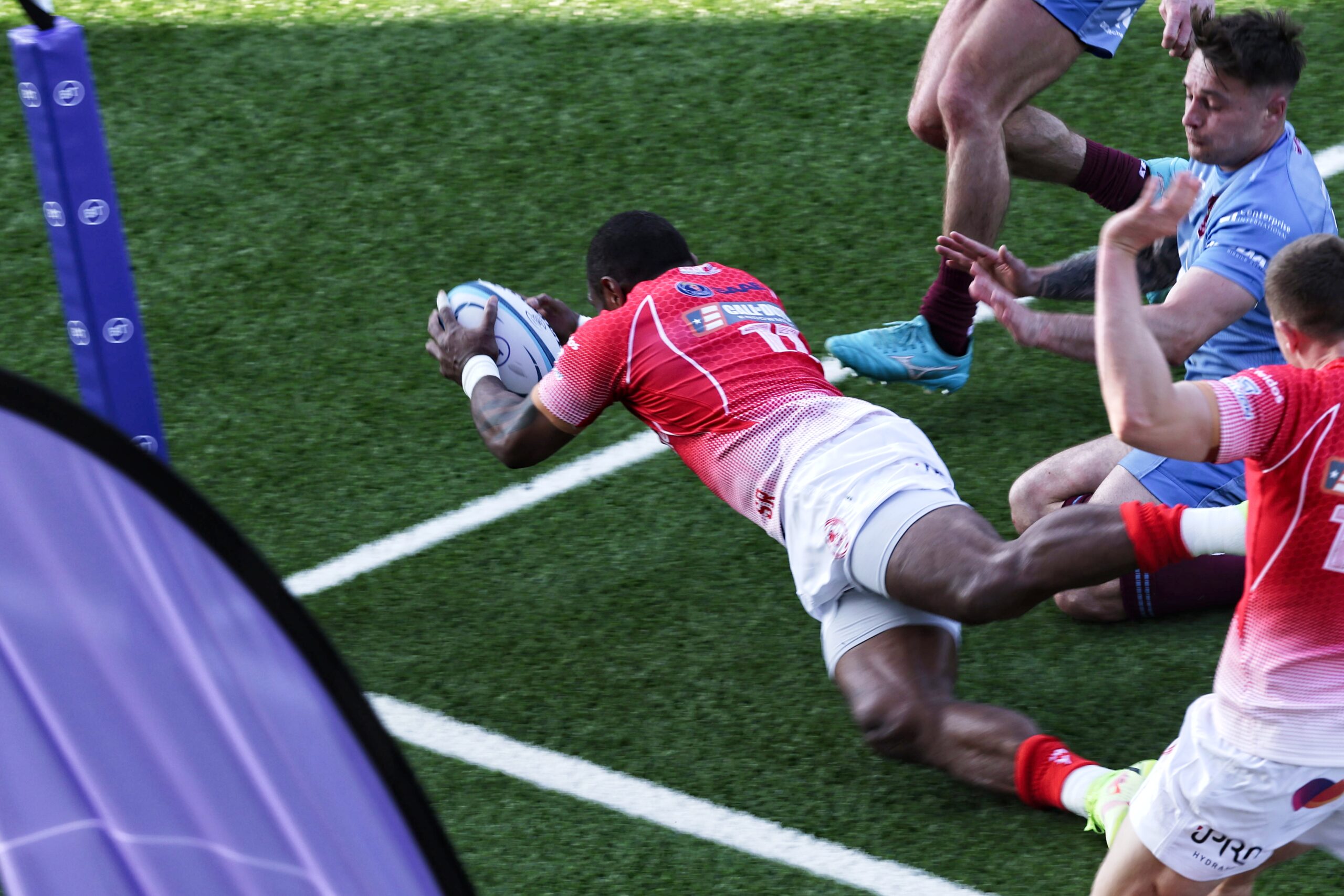 It was just the fillip the Army needed to muffle the RAF’s roar, but when LCpl Fatiaki’s yellow card for a late tackle was punished immediately by a power play from the RAF forwards – Cpl Zach Clarke crashing over – the red shirts were back on their heels.

A score was required, and not only did a try come quickly but it was also superb in its execution.

Bdr Connor O’Reilly (RA) had had limited opportunities in the first half, but he showed why he deserved to be alongside his professional team-mates with two crucial moments in the build-up, first turning on the afterburners in his own half then coming back into the play a couple of phases later to put Capt Jamie Miller (AAC) into space on the right touchline.

The skipper showed pace and power in taking the ball deep into the RAF’s 22, in the process drawing in the final few defenders and putting Spr Johnson over unopposed. 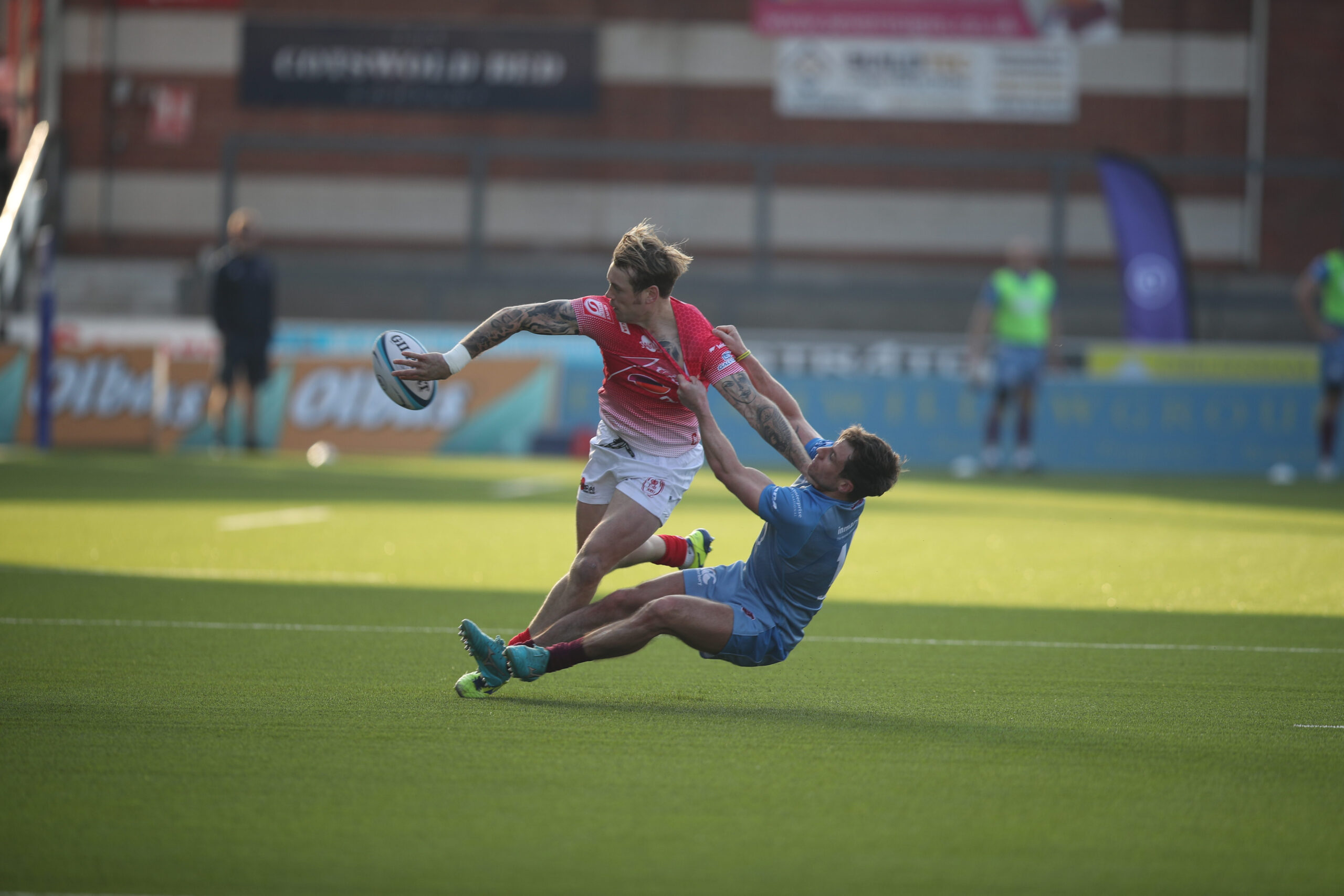 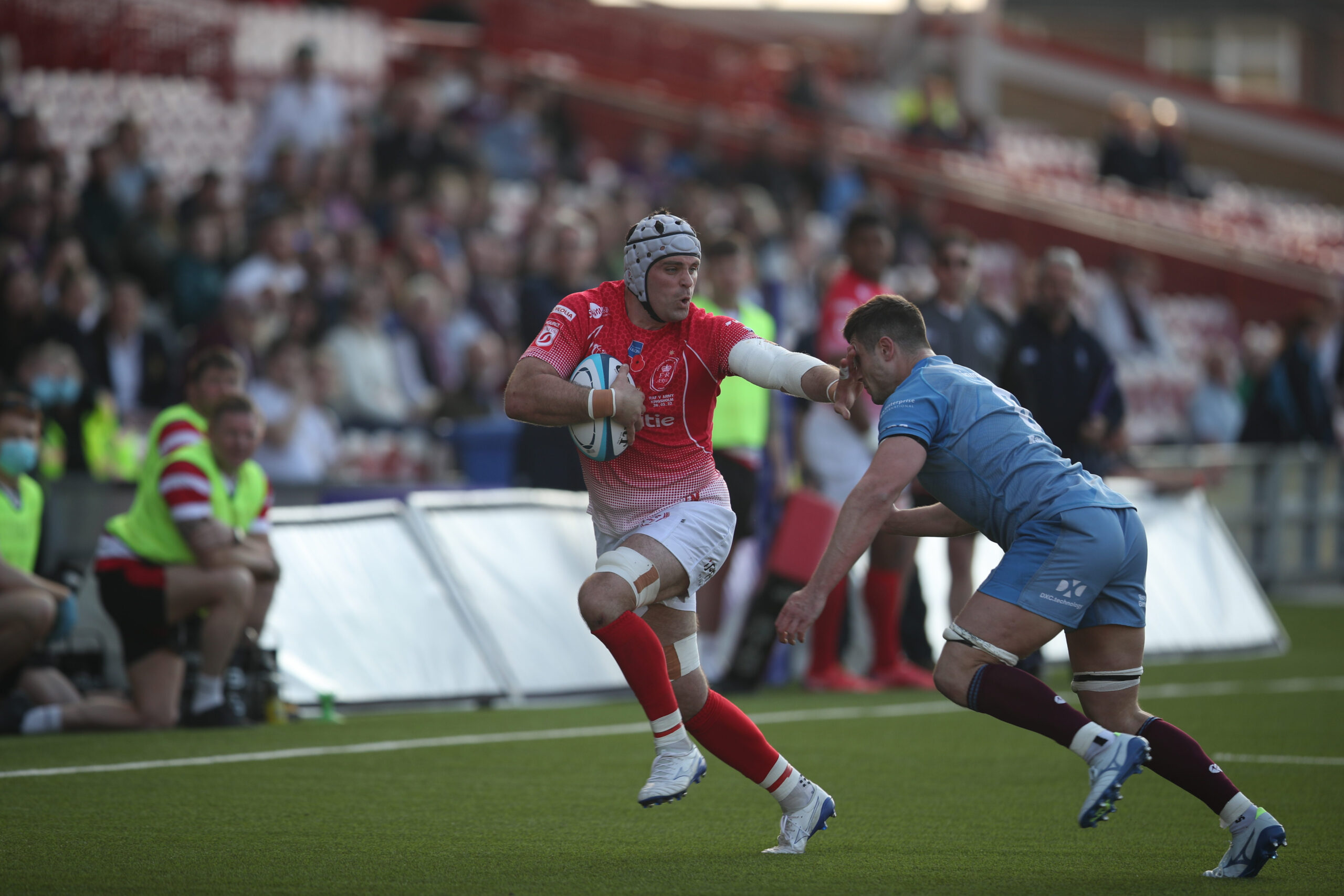 But back came the RAF, centre Cpl Jedd Evans going over close to the uprights, and a frenetic few minutes were dovetailed by a third penalty from player-of-the-match Spr Johnson, who took the Army out to a three-score lead as the hour approached.

Those might have been the final points, but the action was far from over.

SAC(T) Isaac Norton showed good awareness and pace to get on the end of an offload and head into the Army’s 22, and there was a similar break from a blue shirt up the right touchline soon after.

Meanwhile the Army kept on keeping the ball alive, too, going 40 metres up the left touchline off the back of a scrum in the blink of an eye before being bundled into touch.

So the 35-20 scoreline remained that way until full-time, and the Army will head to Twickenham looking to retain their Inter-Services Championship crown in a must-see clash with the Navy.

A full gallery from the match can be viewed HERE