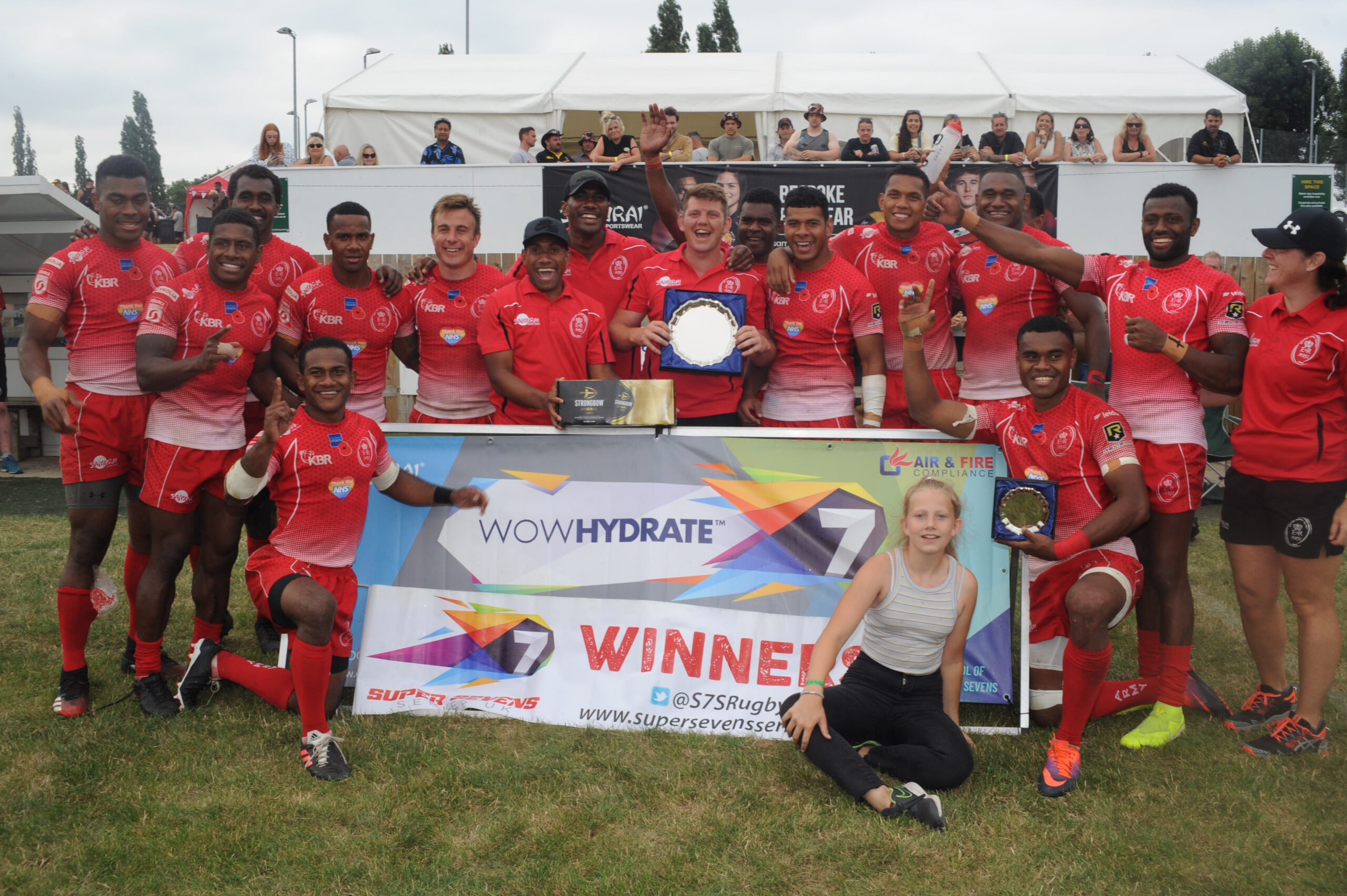 By Kimberley FowkeJuly 26, 2021No Comments

The Army Men’s win at the fourth and final round of the 2021 Super Sevens Series at Bury on Saturday meant the battle for the overall title went down to the wire.

Despite a loss to their fiercest rivals the Royal Navy in their second pool match, the Army Men managed to bounce back and navigated their way to face Samurai, the marginal overall Series leaders, in the Final at their home tournament.  The two sides know each other all too well having faced off more times than we can remember over the years on the 7s circuit.  In a repeat of 7 days previously where the Army had faced Samurai’s second team the Barracudas in the Final at Nottingham, it was a Cup-winning try, again with the last play of the game, that sealed the win for the fourth leg.

The loss to the Royal Navy earlier in the day was only the second time the two service sides had played each other in the 7s game.  The first showdown had been at round two in Newbury where the Army were victors 31-7.  The second show down this weekend in Bury was a match that epitomized all that is Army v Navy rugby, the Navy sustained wave after wave of Army pressure pining them on their defensive line only to break away and seal the victory 19-14 making the mini series one a piece.  It whets the appetite nicely for the resumption of the Inter Service Championship in the upcoming season.

The Army had beaten Racing Club 35-5 and Speranza 22 38-7  in the pool stages meaning that despite the loss to the Royal Navy they still topped their pool on points difference.  The knock out stages leading to the final saw a 33-14 quarter final win over WS Marauders and a 31-12 win over last weeks finalists the Barracudas in the semi-final.

With the Army beating Samurai in the final it meant the two teams were tied on 65 points each on the overall Series standing, a better points difference scored from their matches across all rounds meant it was Samurai that clinched the overall Series title, many congratulations to them. 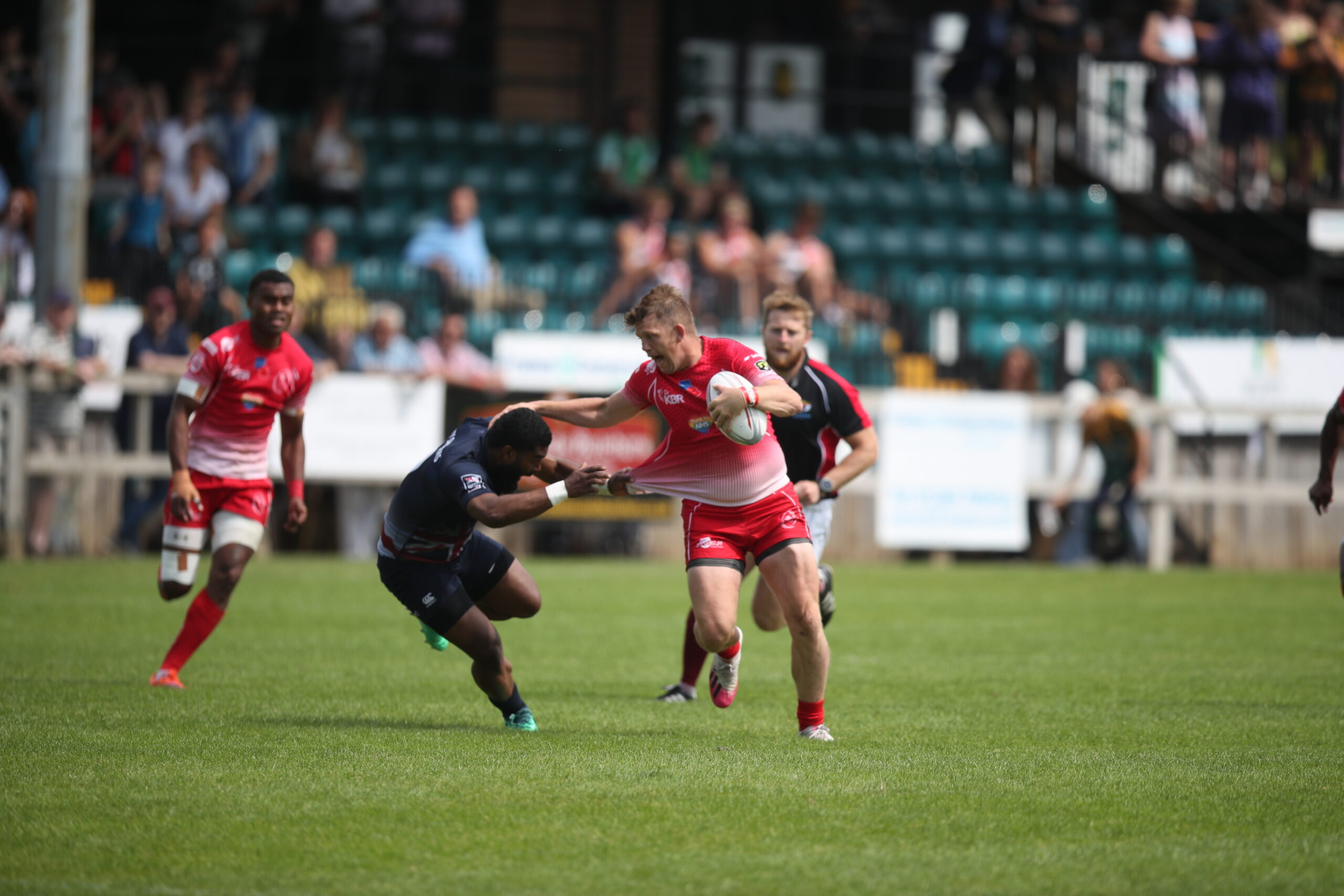 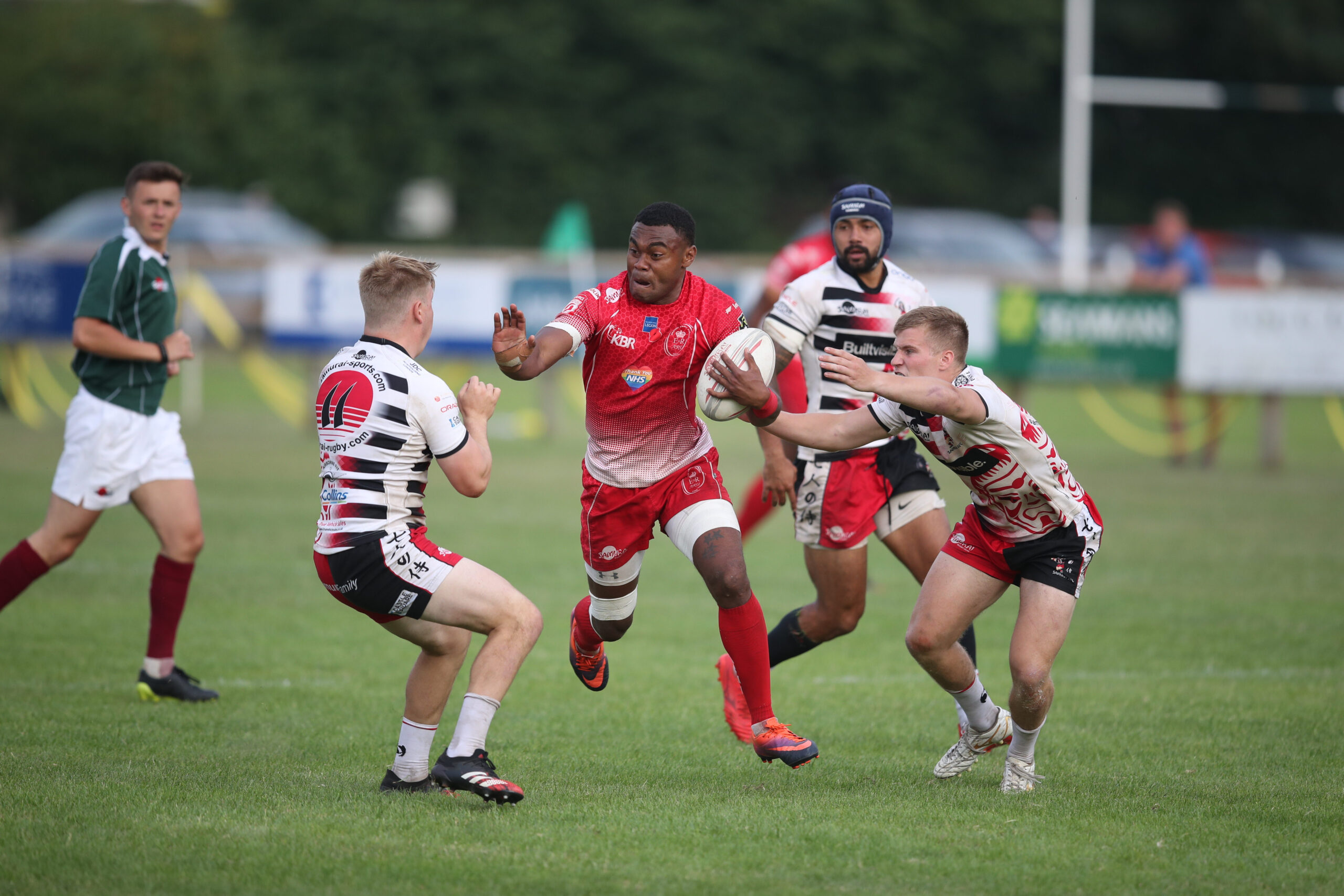 There was a slight re-shuffle to the Women’s league on the day of competition with WS Marauders withdrawing it meant the usual round robin pool of four teams, including the familar opposition of Samurai and Ramblin Jesters from the previous rounds and newcomers Hammer Heads for the final leg of the series.

The opening pool match saw a narrow 17-26 defeat to Ramblin Jesters, followed by a 5-28 loss to Samurai however the Army have maintained their improvement over each round of the Series and their hard work paid off in the third and final pool match with a well deserved win over Hammer Heads 31-7 in a great all round performance from the Reds.

The pool match results meant that the Army would again face Hammer Heads in the Plate Final, unfortunately due to injuries the team were down to just 9 squad members for the Final, with a further two injuries during the match and fatigue setting in it was a result too far and Hammer Heads took the victory 7-35, many congratulations to them.

Both the Army’s Men’s and Women’s 7s teams will take a short well earned rest before re-grouping in a few weeks time for the Summer Social 7s at Richmond RFC. 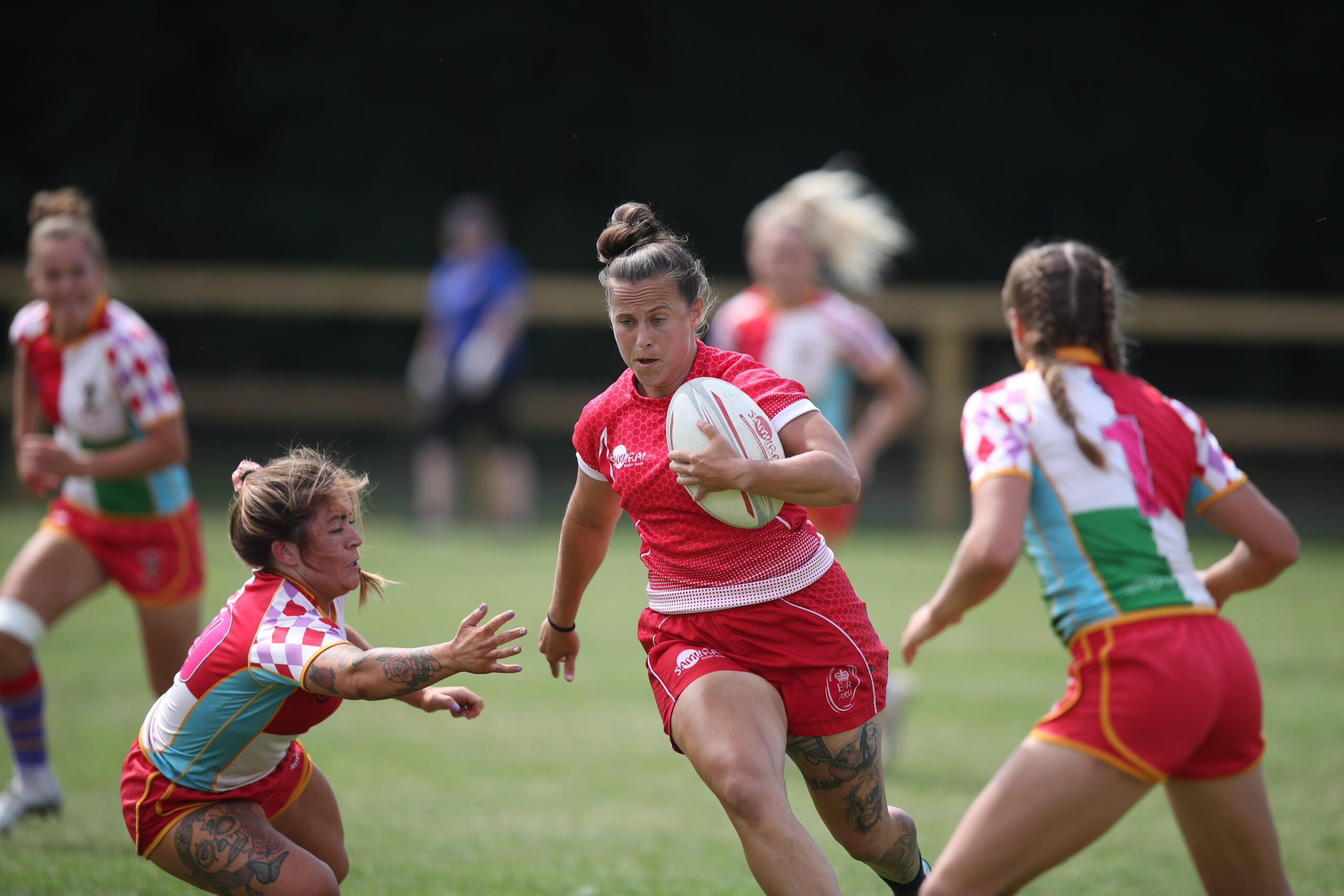 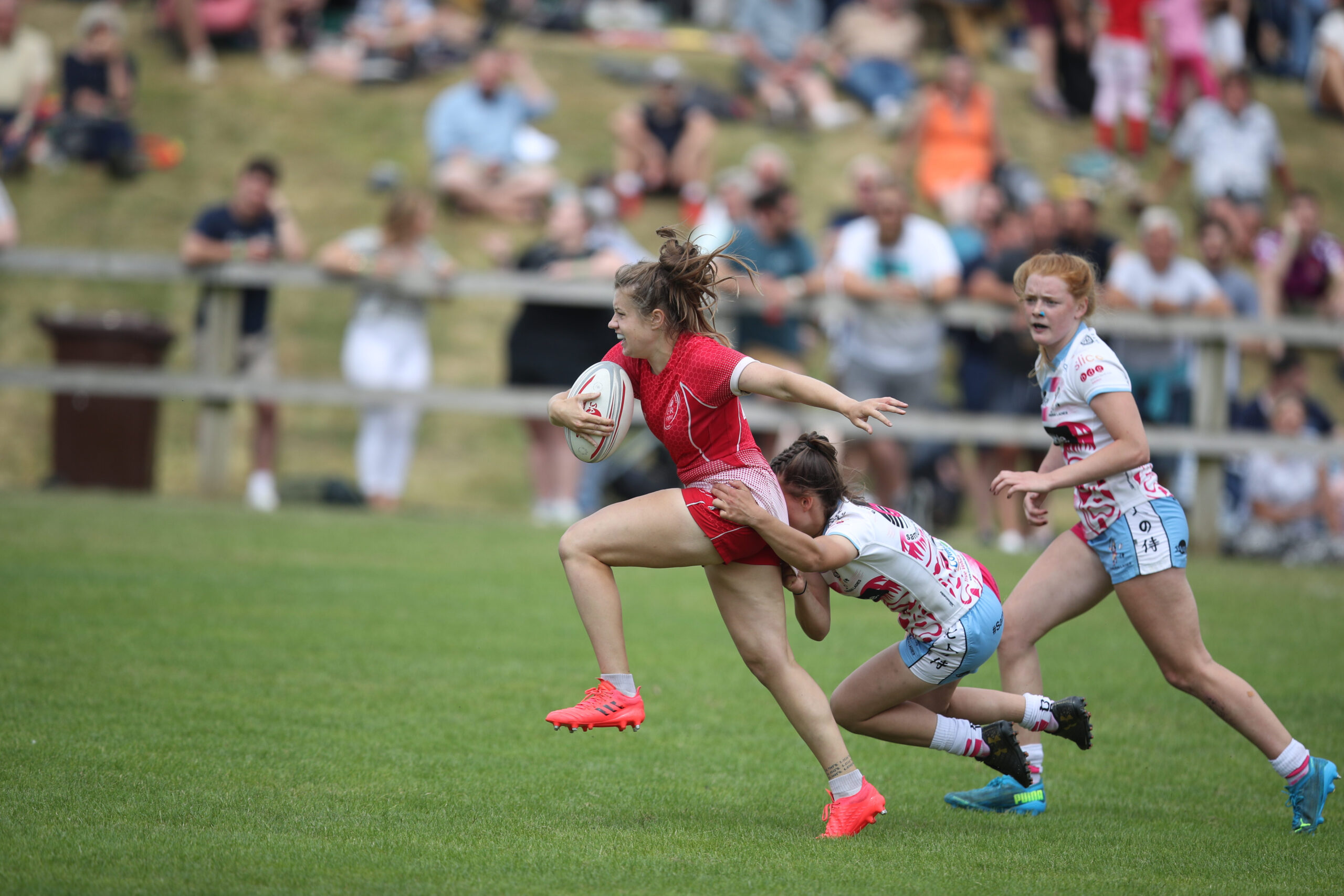