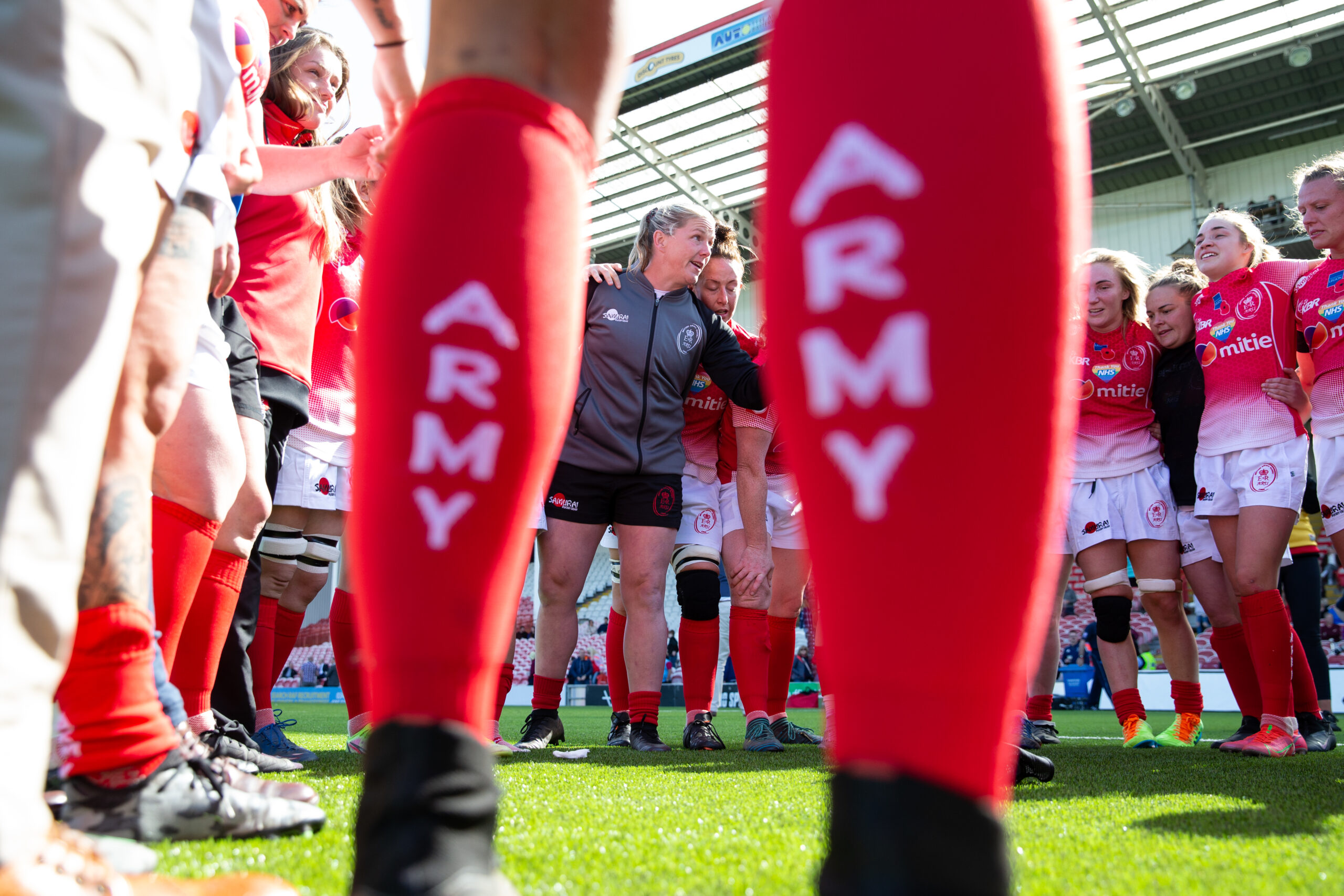 By Kimberley FowkeMarch 27, 2022No Comments

The Army Senior Women exacted revenge for their 2019 reverse to overcome the RAF at a sunny Kingsholm.

The 24-10 final scoreline was a just reward for the dominance that the Army showed for long stretches, but there was a period in the second half when they had to show resilience, too, as the RAF pulled the deficit back to a mere two points as the hour approached.

Indeed, when the Army fumbled the opening kick off to give the RAF prime position immediately it looked like being a long afternoon for the women in red.

But they held out the pressure with aggressive defence, before going up to the other end of the pitch to open the scoring, Pte Courtney Pursglove (RLC) finishing a lovely move well in the right corner. 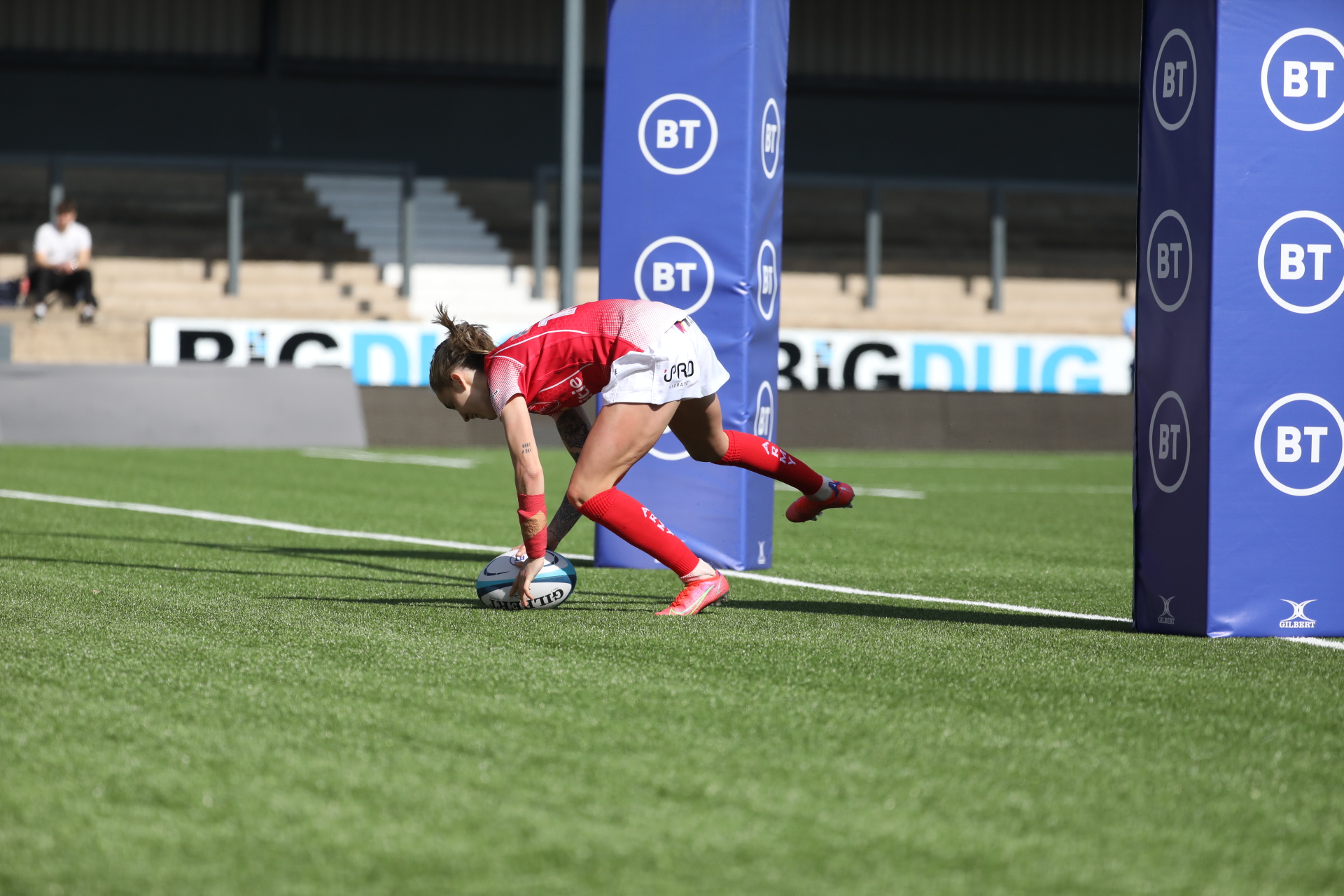 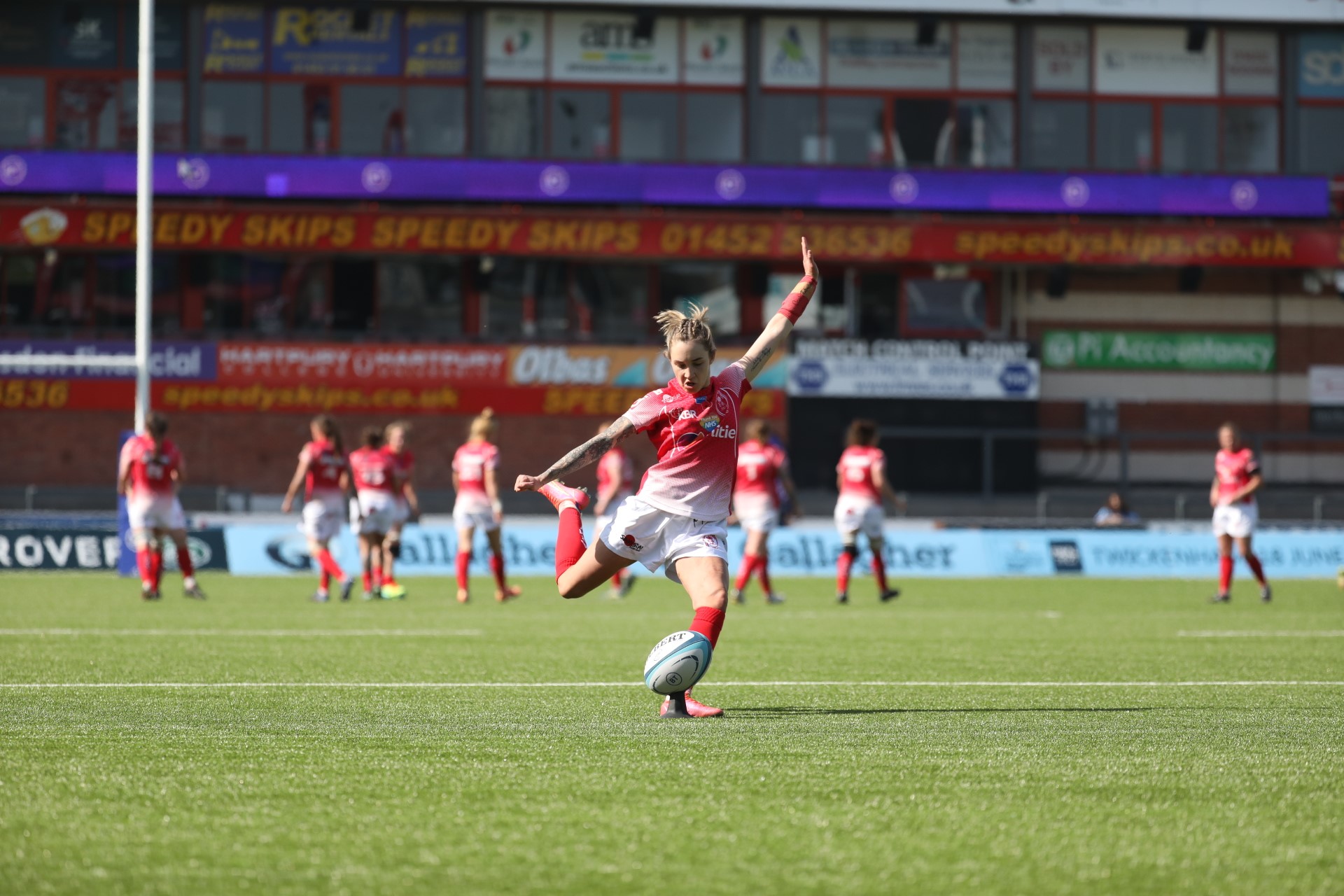 This try was just reward for the way the Army were playing, and when Pte Pursglove scooped up a loose RAF pass on her own 10 metre line to race in unopposed for try number two – Sgt Louise Dodd (JGH SE) adding the conversion – the floodgates looked set to open.

However while the red shirts piled on even more pressure in the closing stages of the first half, what would have been a crucial third try remained elusive.

There were imaginative set-ups in the backs from a scrum, and a promising drive from a lineout inside the 22, but when the ball control eluded forwards and backs alike the teams headed into the sheds with the Army leading 12-0.

It was scant rewards for the effort and ascendancy which the team had shown, and meant that when the RAF opened the second half in perfect fashion through Flt Lt Nicole Burger the contest was still very much alive.

The winger had made the most of some sleight of hand in midfield to score in the left corner, and when Cpl Kirsty O’Brien showed power and directness to go over the line in a similar position the game was not just alive, but back in the balance, too.

With both conversions dropping wide and short the Army were still ahead, albeit by just two points at 12-10. However they needed a spark, which was gifted to them when the RAF made a mess of the kick off to give the red shirts a scrum in a fantastic position.

Capt Gemma Pearson (SFA Bde) made a scything run through the middle, and while she was pulled down five metres short the Army retained possession patiently in the face of fierce defence. 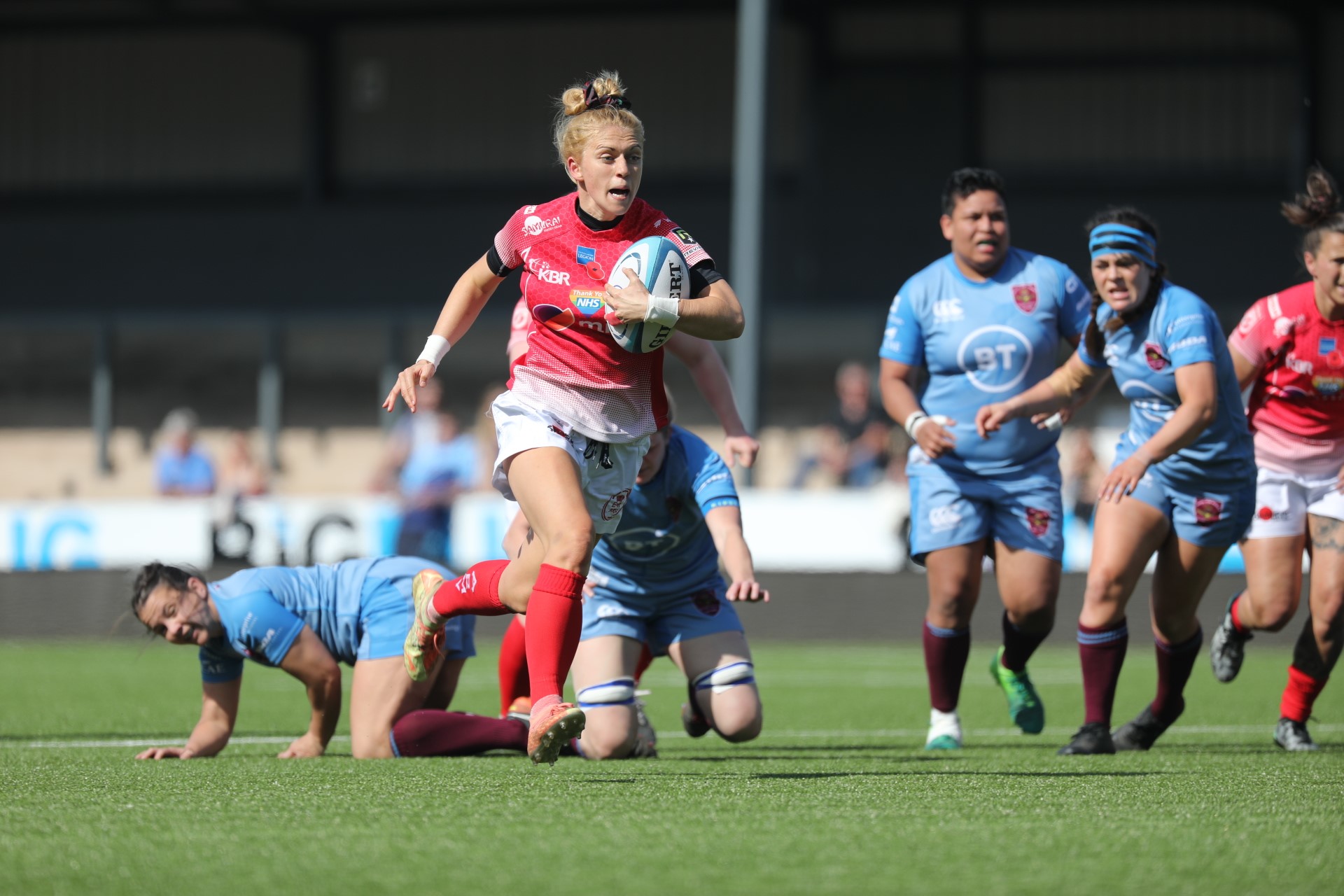 SSgt Carrie Smith (MI) was the beneficiary, powering over in the left corner to extend the lead back up to seven.

The Army were also helped by a pair of kick offs being taken over the dead ball line by the deceptively strong wind, and all this combined to swing momentum firmly back the away team’s way.

Still, another score was needed to make the game safe, and while LBdr Jess McAuley (RA) was stopped by a fantastic tackle, the Army again retained their composure in the face of some dogged RAF defence to set up an opportunity for SSgt Jade Mullen (AGC (SPS)). 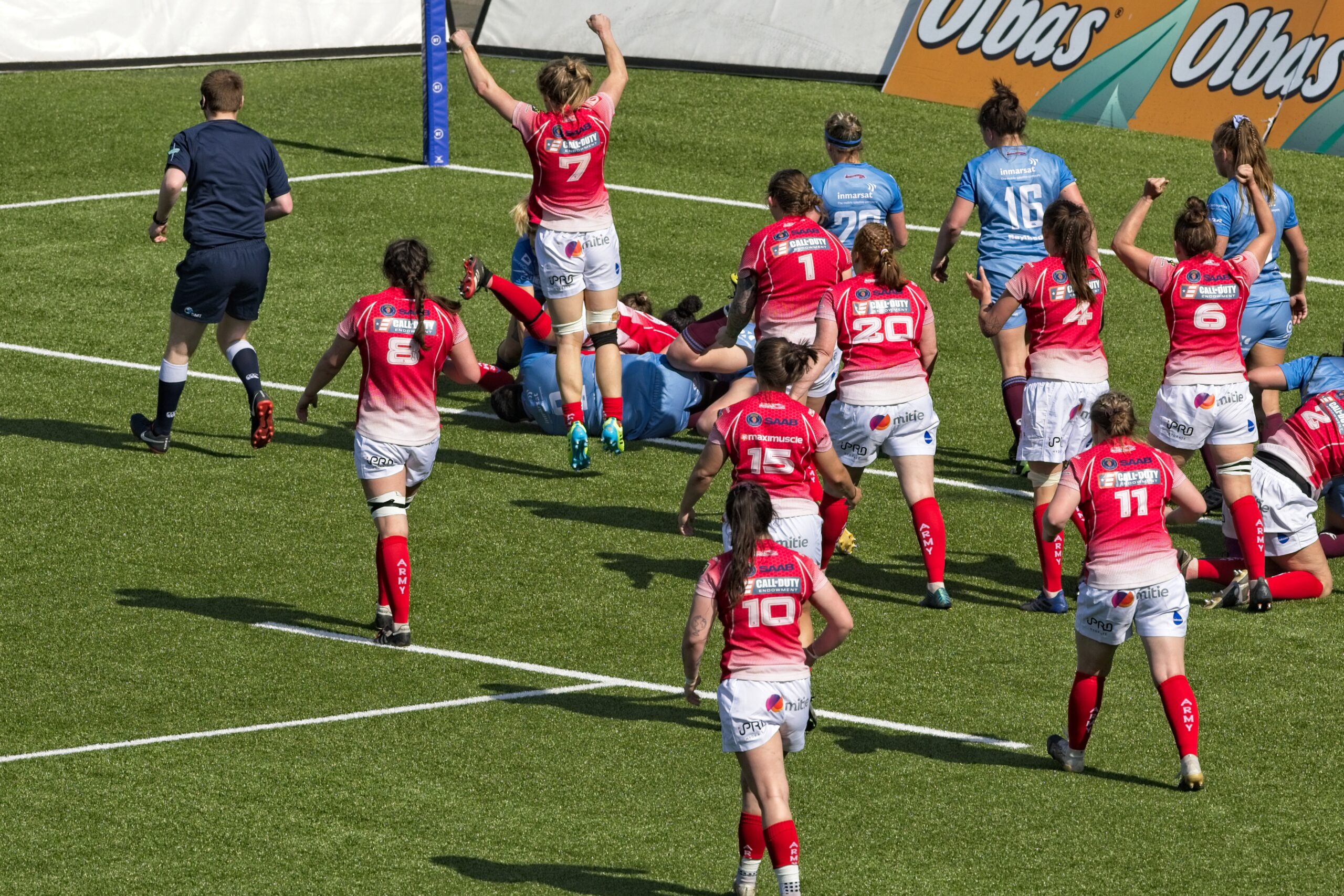 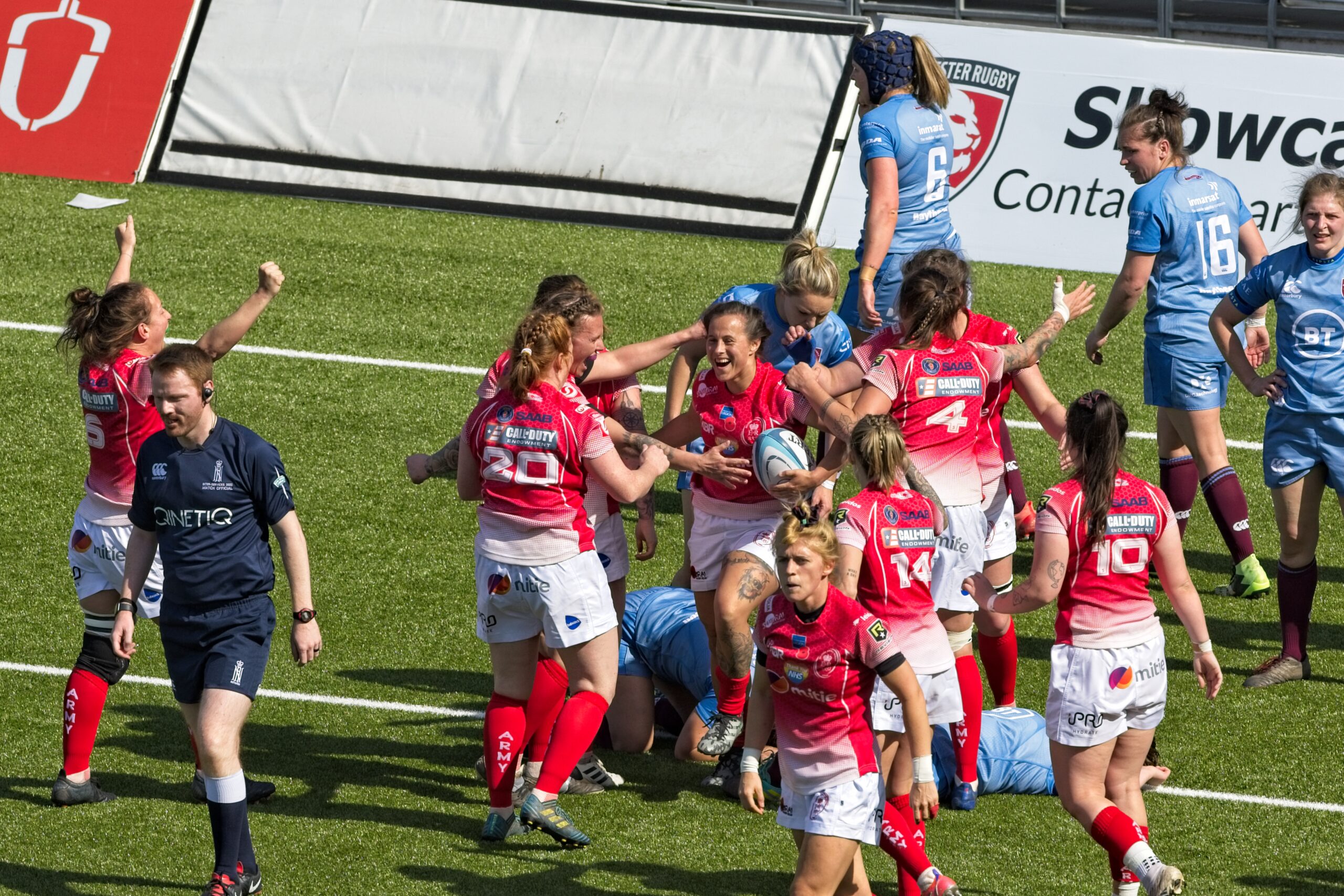 There was no mistake was no mistake from the captain, Pte Pursglove added the final points with the conversion, and the Army set their sights on Twickenham and a chance to regain the Inter-Services Championship title.

A full gallery from the match can be viewed HERE