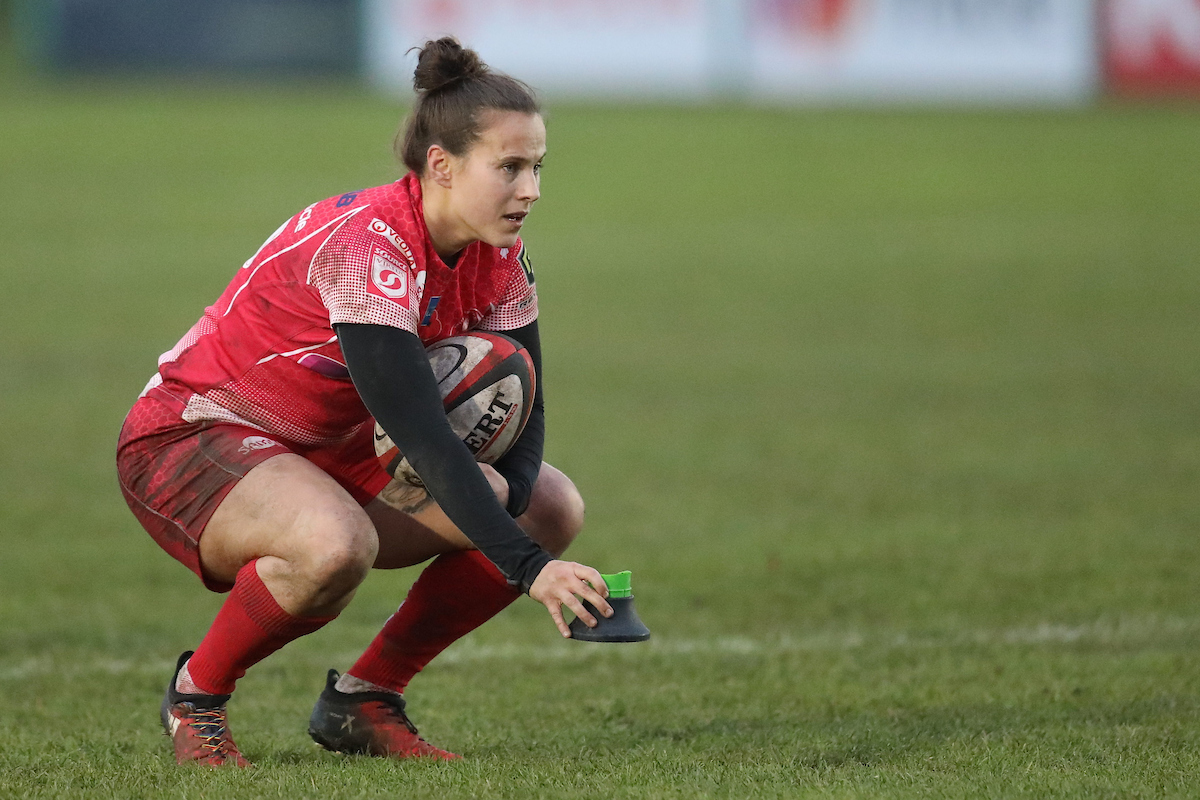 Signing off a season with an international Sevens call-up was not high on Sgt Jade Mullen’s (AGC (SPS)) list of expectations heading into the summer.

In fact the Harlequins and Army back admits that she was not aware of the Rugby Europe tournaments which Wales had been entered into! But now that she has Welsh international honours to her name Sgt Mullen would not swap the experience.

Having been a regular in the Harlequins match day squads during the club’s Premier 15s title-winning campaign, Sgt Mullen thought that her chance of a call-up had gone once the Six Nations had passed. But then came a call from Wales head coach, Warren Abrahams, asking her to join the national Sevens squad ahead of their first Rugby Europe Championship Sevens event in Lisbon, Portugal, last weekend.

“I was shocked, absolutely shocked,” she admits. “It was unexpected because I’m not a Sevens player, and I didn’t know that there was any Sevens coming up after the end of the Six Nations and the season. Being at Quins over the past three seasons and working hard, you don’t think that the opportunity will come, so I was gobsmacked.

“To pull on the Welsh jersey was overwhelming and I had so much happiness. Hopefully I can roll into the 15s camp after this.”

The 29-year-old has been at the Twickenham Stoop for three seasons, having been at Worcester for a year before that and Pencoed Phoenix during her formative years. Throughout her time with Quins the team has been in the mix at the top of the Premier 15s table, reaching the final each year.

And with Sgt Mullen having been in and around the match day 23 for much of the campaign she says that the decision to join up with Wales rather than remain with her club was not easy.

“It was a hard one that I had to think long and hard about,” she says. “[Harlequins head coach] Gerard Mullen gave me his full backing and support from the club to go for Wales. I’d been having one-to-ones with him all season looking to improve my game and become a better player, and he told me that I couldn’t miss the opportunity.

“I was worried that I was getting too old to get picked up internationally. You work so hard for so long, only for it to not come around, and then when it does you have to take the opportunity with both hands.“

Despite not being at Kingsholm for Harlequins’ win over Saracens due to needing to be in the Wales bubble, Sgt Mullen and her clubmates in the national squad made sure they were in front of a TV.

“I was definitely celebrating the win!” she says. “The rate of progression, especially at Quins, is phenomenal. Quins drive it massively, from the grassroots all the way up to being equal with the men.” 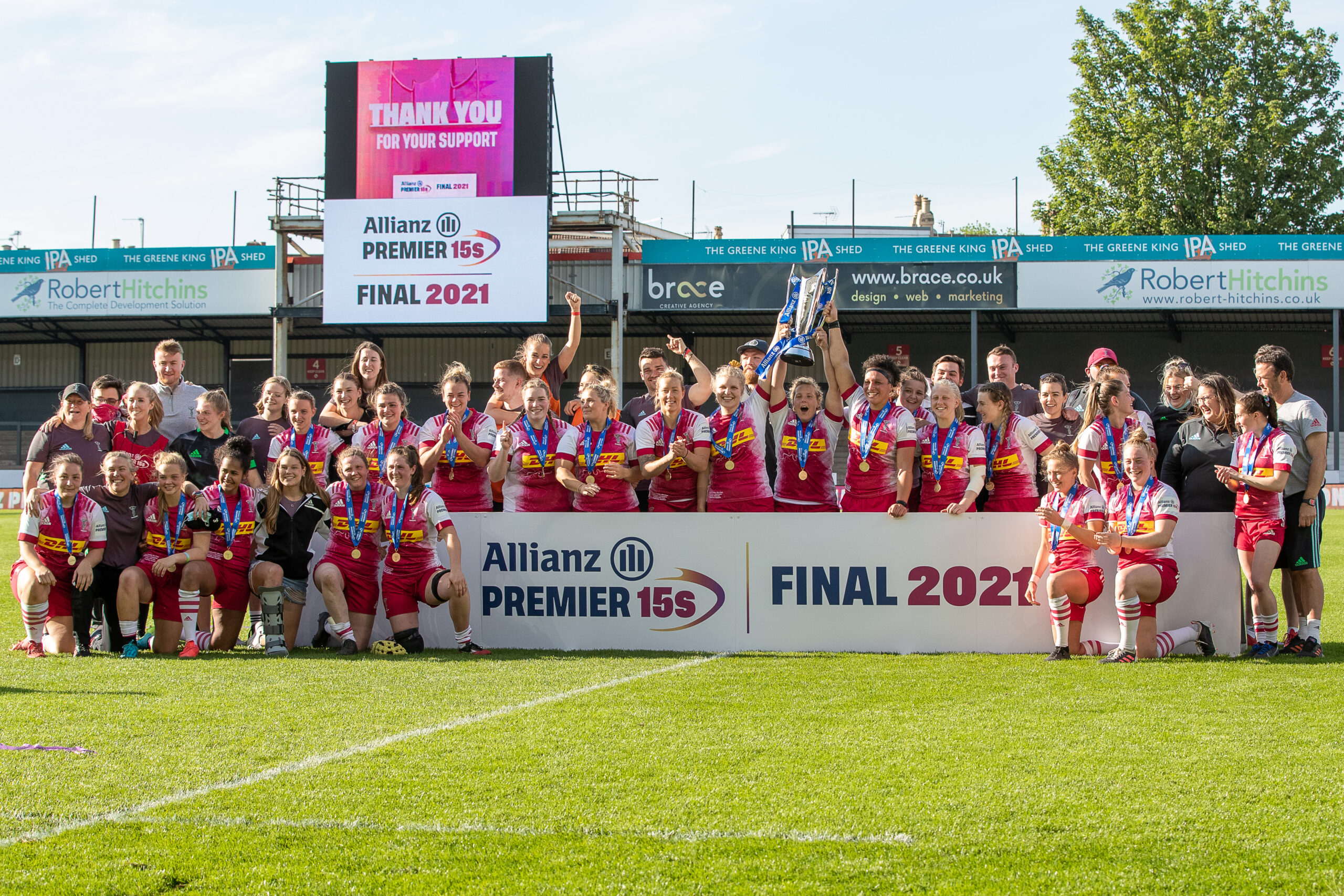 Wales had a challenging weekend, finishing eighth overall, but with Abrahams having chosen a squad including players who had not played Sevens for two years, Sgt Mullen says that the focus had been on improving game by game.

“I expected it was going to be hard, but it was a good experience. We all wanted to do better from the start, but from the first game to the last game we improved consistently.”

Wales came up against Poland, Belgium, Portugal, Germany, Romania and the eventual winners Russia in Lisbon, and with many of the nations not falling into the category of ‘traditional’ rugby heartlands, Sgt Mullen acknowledges that such a weekend is a fantastic opportunity for each team to develop, adding: “Because there are fewer players in the game in those countries funding can be hard to get, so Sevens is a good place to start with investment.”

From her own perspective, Sgt Mullen was not just a relative Sevens novice but also a new face on the international stage. So she was glad to have Harlequins and Army teammate Bdr Bethan Dainton (Royal Artillery) alongside her. 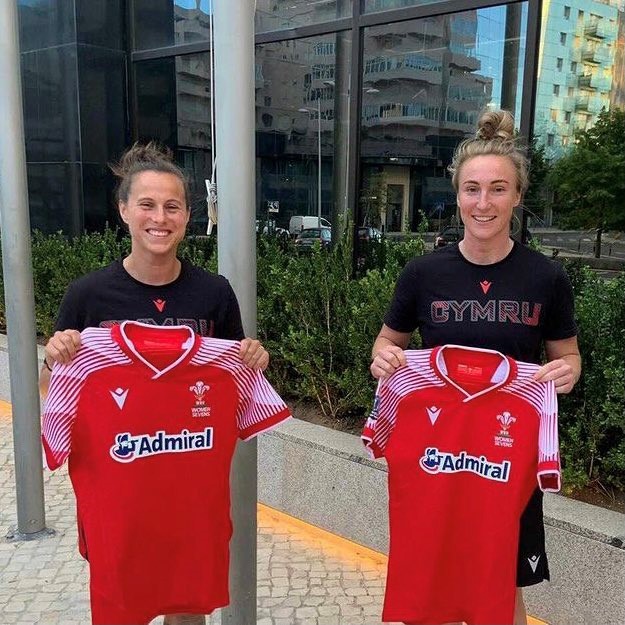 “Bethan’s a great Sevens player, and everyone was saying that she carried the team because of how good she is,” Sgt Mullen says. “Gemma Rowland is back into the Sevens now as well and hopefully she’ll be available for Moscow. Having those two in the team is great and they’ve helped me massively.

“There would have been girls who didn’t get selected for Portugal, and Warren may rotate the team for Moscow. But it would be great to have all three of us on the teamsheet for that tournament.”

Speaking of Abrahams, Sgt Mullen acknowledges that while results have not been what the team wanted, the country’s new head coach is putting foundations in place for future improvement.

“He’s come in with a clean slate to look at new people and change the routine,” she says. “I found him very similar to Gerard Mullens at Harlequins with his mentality and type of coaching, which I’ve thoroughly enjoyed all season, learning loads. With Warren I can only see bigger things coming with Wales.”

For Sgt Mullen the Army was where she first learned to play rugby union when she joined up aged 17. And having given her the pathway into team sport she remains grateful for the backing she continues to receive from Commanding Officers as she balances the demands of work and rugby.

“I’m based with 16 Regiment, Royal Artillery, and they have been nothing but supportive, especially my CO,” she says. “Anything rugby coming up they make sure that everything’s covered with work and I can just go. I’m lucky being based with the Royal Artillery at the moment as they’re big on their sports.

“I’m the regimental accountant, and it’s one of those jobs where you don’t usually have anyone to cover you. You’re only qualified in it if you’ve done the courses. So the fact that I’ve been able to get released as much as I have with the job role makes me very grateful.” 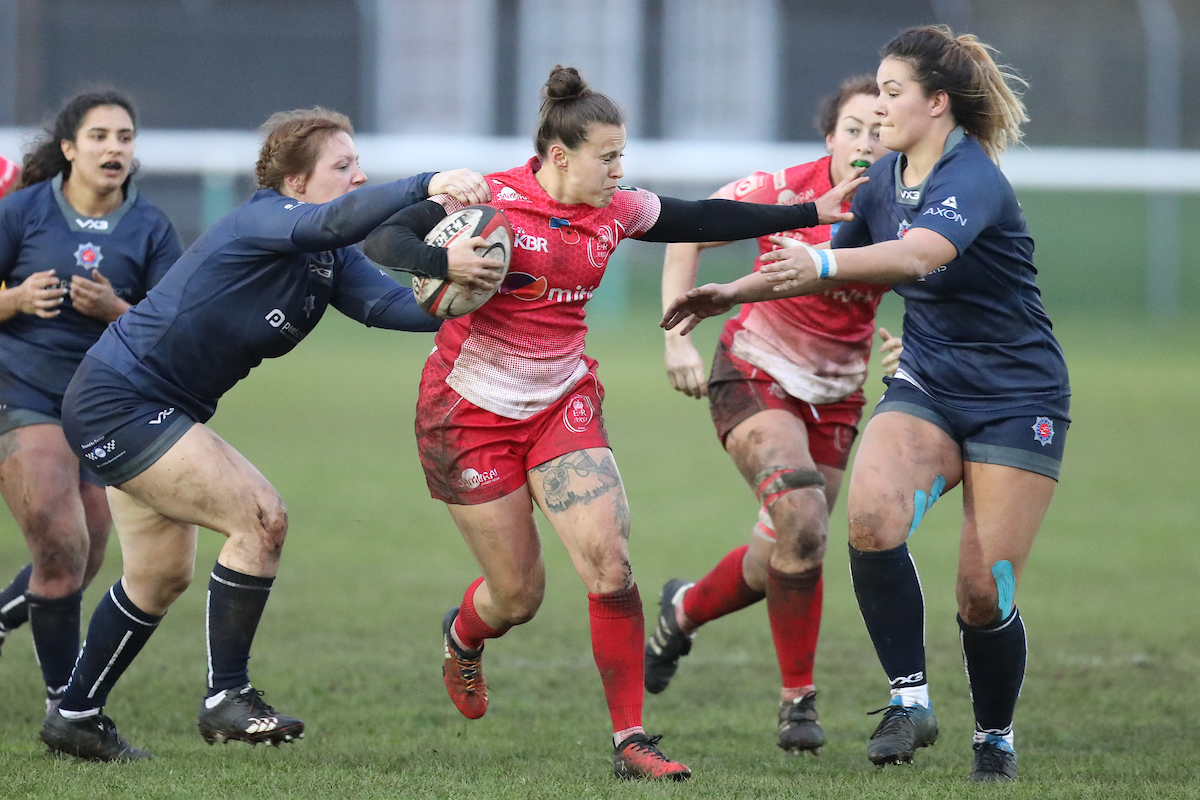 It may be too early for Sgt Mullen to say whether she will be in Moscow for Round 2, or what may lie ahead for her international ambitions, but suffice to say that the memories from the past few weekends will not be fading any time soon.

Do you want to follow Sgt Mullen into playing rugby within the Army and beyond? Then sign up to be a part of the ARU’s new ‘Super Series’ for Garrison women’s teams! You never know where it might lead! Head to the ARU Community Rugby Facebook page for more information!