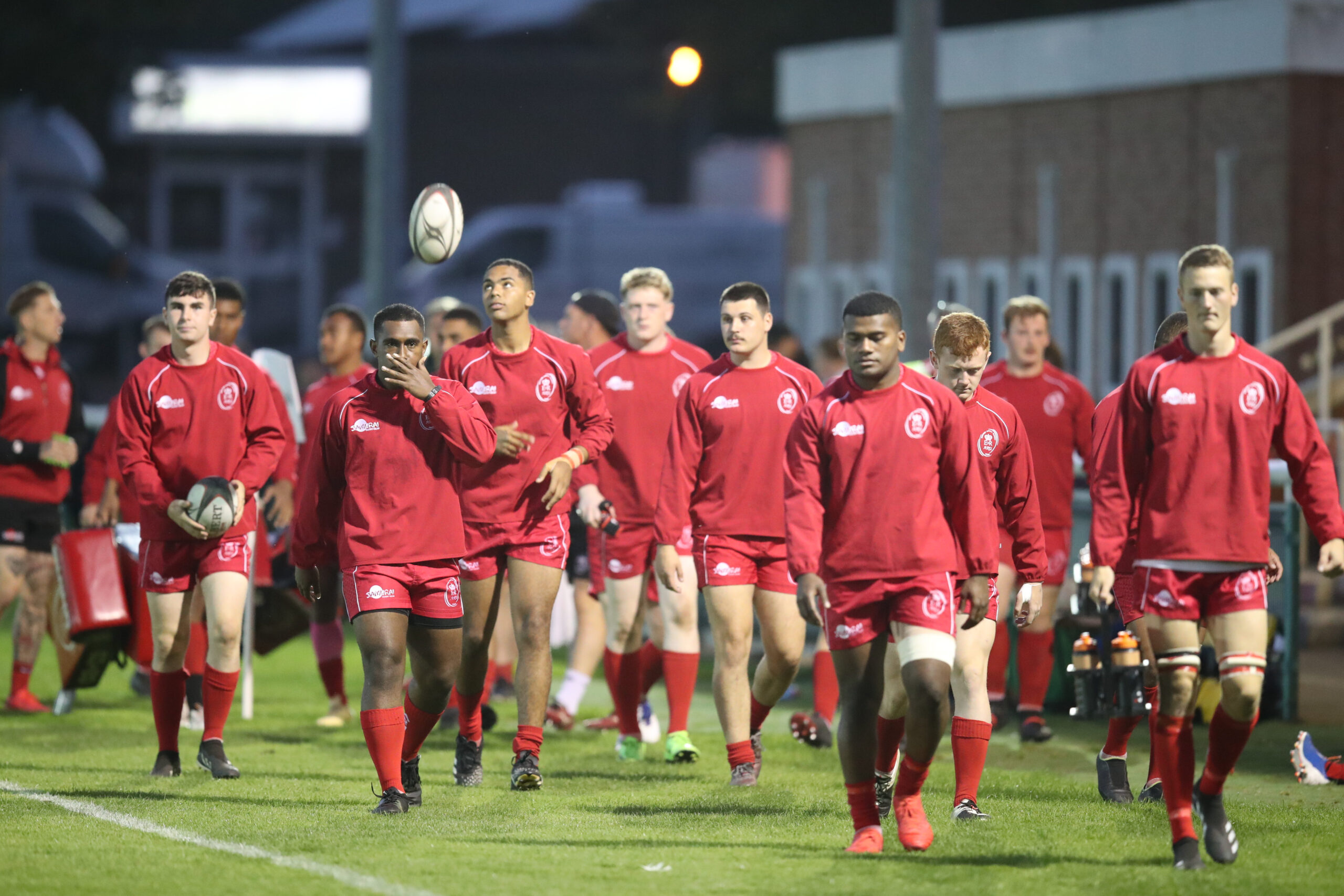 It may be his first Inter-Services Championship at the helm of the Army’s Under-23s, but Head Coach Capt Gareth Slade-Jones (RAPTC) says he is ready to give the red shirt youngsters the opportunity to express themselves when they face the Royal Navy and RAF over the next two weeks.

The Army heads to Plymouth’s Brickfields Stadium to face the Navy on Wednesday evening (KO 1900) before hosting the RAF at Aldershot on Wednesday, November 17th (KO 1400), on the back of three warm-up fixtures in which Capt Slade-Jones and the coaches have run the rule over around 50 players before choosing their 23-man match day squad this week.

Inevitably the lack of rugby at this level over the last two years means that the turnover of any age group has been high, meaning that preparations for the 2021 Inter-Services Championship has been as much about building culture and camaraderie as much as game plans.

And the Head Coach says that it has been an enjoyable period for both him and the rest of the coaching team as they plot to regain the title the Army last won in 2018. 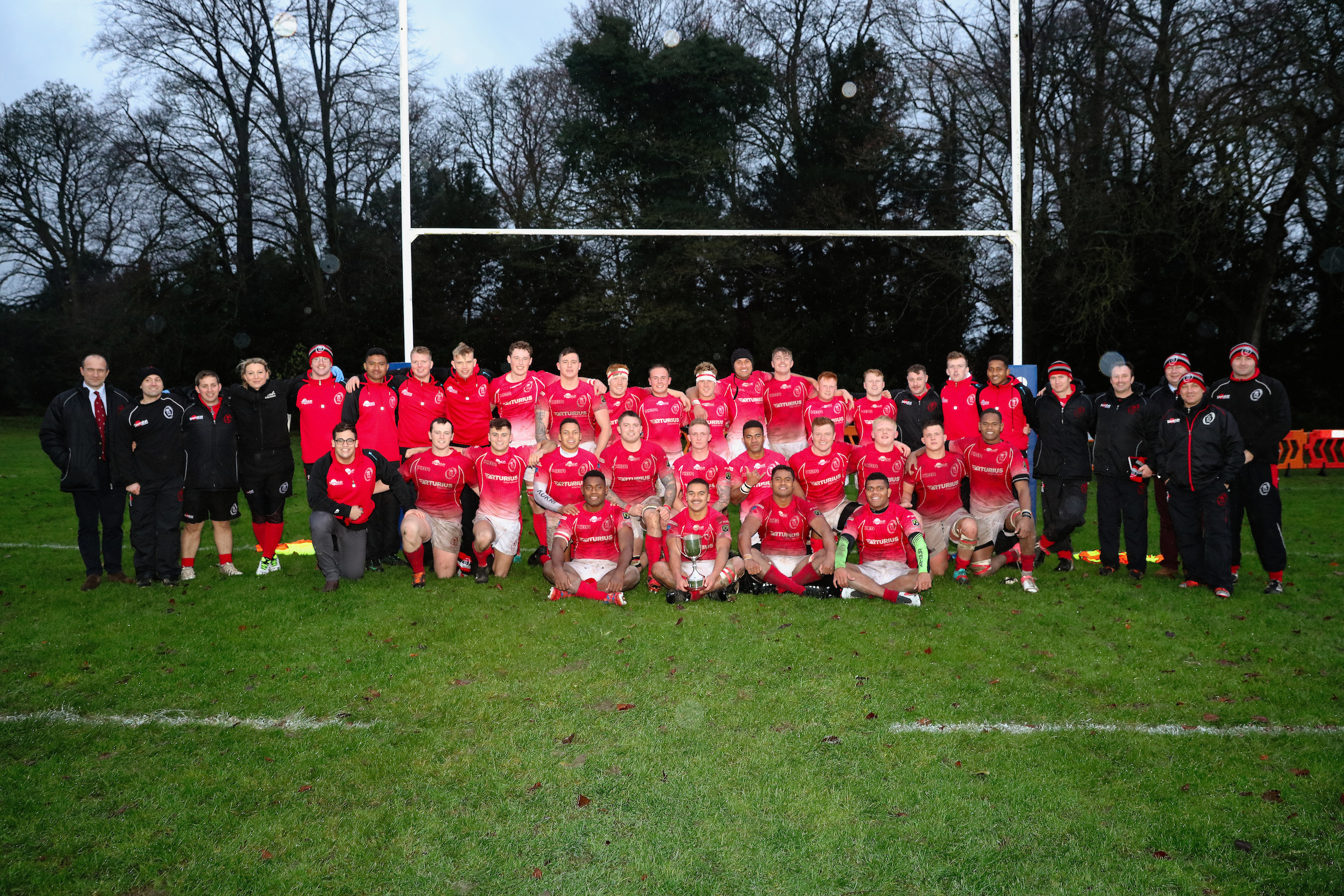 “Because of the age of the lads we only have them for a very short period,” Capt Slade-Jones says. “It’s their first step on their journey, so it’s very important that we get it right, get them involved and finding out what the Army rugby environment is like.

“What’s been great has been getting people back together and everything that’s encompassed – the camaraderie, the banter and sense of belonging. I’ve been involved in many campaigns with Army rugby and this one’s felt a little bit more special after so much time away.

“The boys have done really well. Because it’s such a small window between September and November and there are only a few games to see the 50 players who have played in the side, it’s very difficult to give adequate game time and develop partnerships. But I genuinely think we’ve got the best squad we can going into the Inter-Services.”

The teams go into Wednesday’s clash on the back of differing results from their final warm-up matches, the Army having beaten a Hampshire Development XV 30-17 and the Navy losing to Exeter Chiefs Academy. 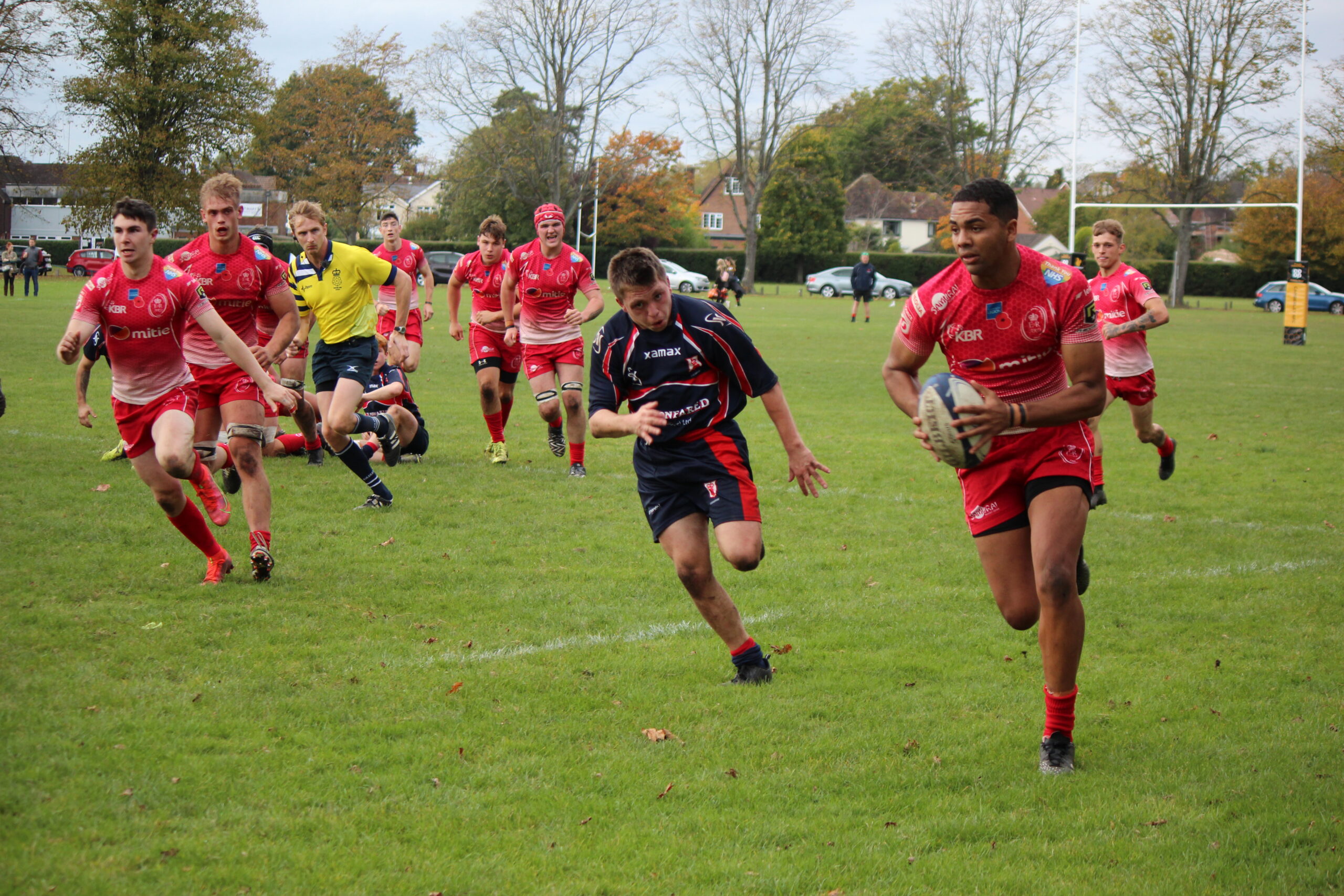 The Army U23s v Hants u20s which was their final preparation match before the Inter Services.

The Army youngsters have also played the RA and Infantry Corps teams with the Navy facing a number of BUCS Super Rugby university teams, but Capt Slade-Jones insists that the tight timetable in preparing his own team means that any time for in-depth analysis of the opposition has been at a premium.

The focus has therefore been on giving the players the tools and understanding to play what’s in front of them, and if the other Service teams do the same the Head Coach believes there could be some exciting rugby over the next month.

“You can analyse as much as you want, but come the game it’s a different team and different environment, so you have to play what’s in front of you,” he says. “It’s going to be a hard game, no matter who’s playing.

“If the three teams go in not knowing what the others are bringing then as a spectator it could be brilliant – as a coach it could be a nightmare! We’re trying to remove the shackles from players. We’ve chosen them from what we’ve seen, and while we give them a framework and ultimately they’re on the field and making the decisions. As long as we give them the support then the lads will go and play rugby.

“Towards the end of the last couple of games we’ve found some nuggets of magic which have appeared. I don’t want to give too much away though!” 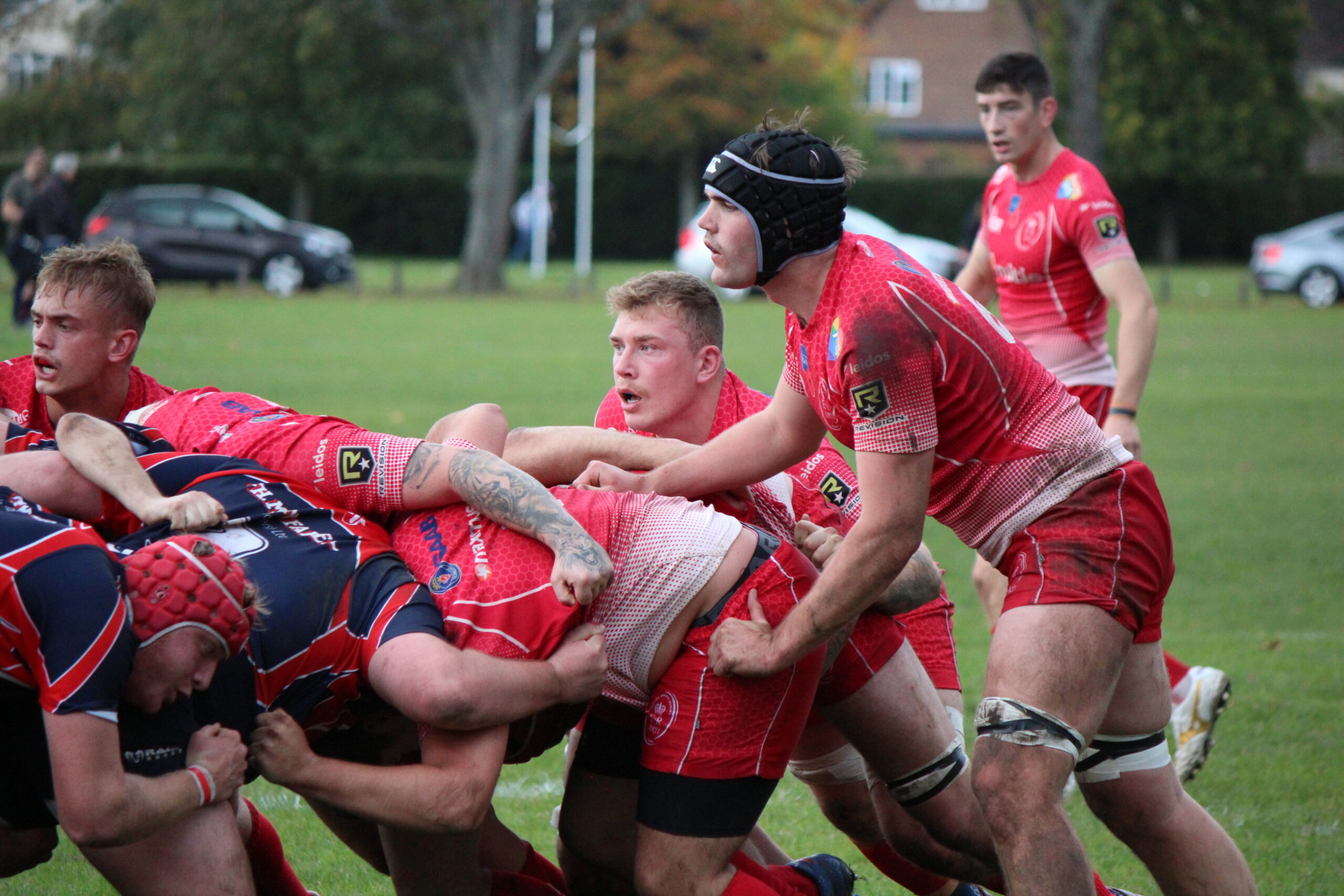 Any non-professional sports team requires a fine balance of time between that needed for training and preparation along with work and family. This is especially so given the nature of what is expected of the Under-23s, who are often still in training for their Army trade, and Capt Slade-Jones thanked the players’ chains of command for their understanding and support.

“In an ideal world they would come together before the first game and we’d have them for the three weeks,” he says. “But because of their age, a lot of the players are still in their training, with courses to go on. So you have a push and pull between what we would like as coaches with what the Army is asking of them to develop their trade.

“We have to strike a balance, and Lt Colonel Tim Osman (RA), Director of U23 Rugby and Major Ben Birkbeck (RGR) team manager are very good, working well to get that balance between rugby and their trades.

“The support we’ve been getting from everyone – Platoon Sergeants, Company Commanders, and so on – has been really good on the whole. It’s not been easy because Units have got responsibilities. But they understand the value of the red shirt and what it can bring.” 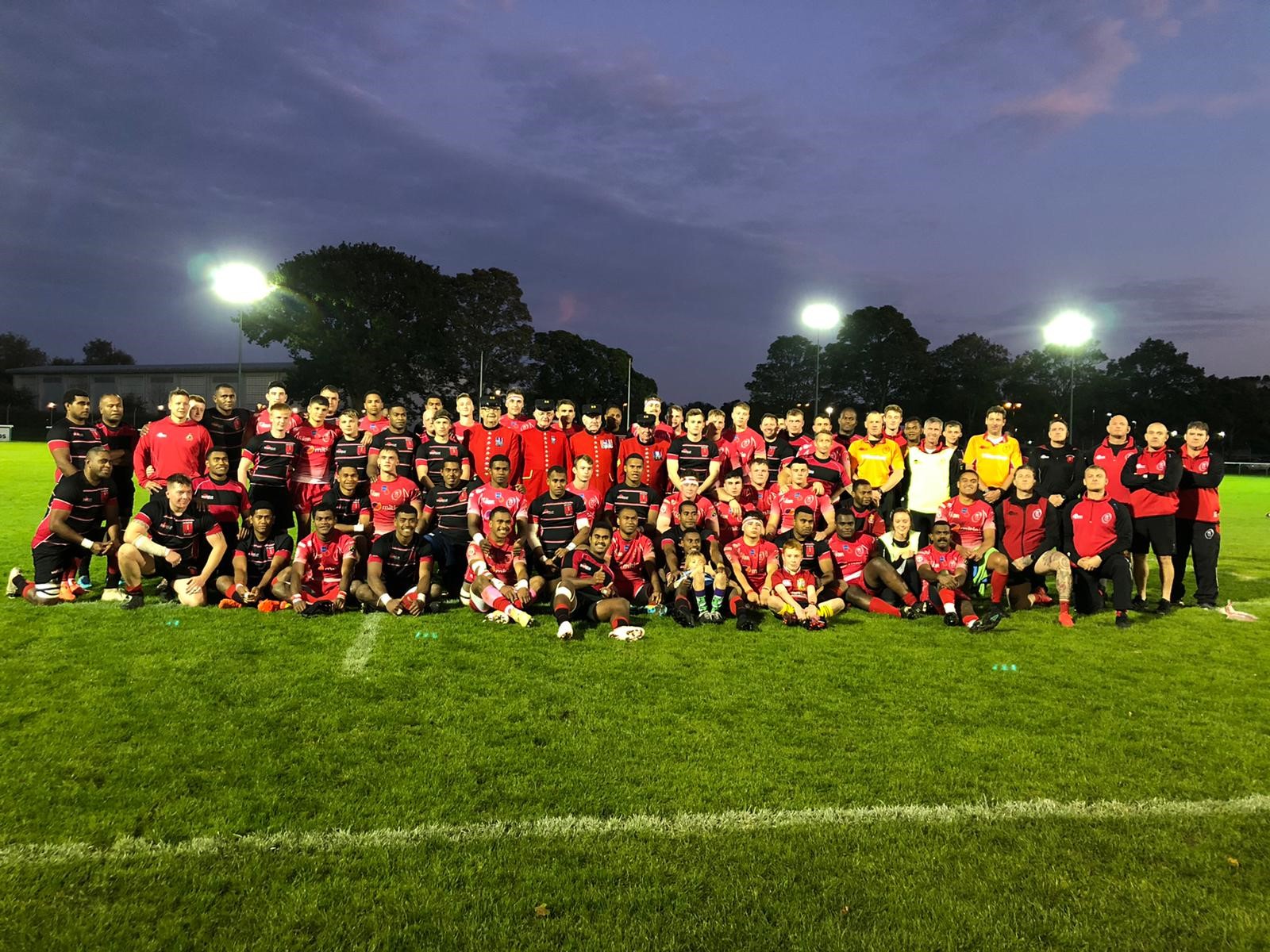 The Army U23’s with the Infantry team and members of the Royal Hospital Chelsea.

Army rugby is coming out of the pandemic with new faces in charge of both the Under-23 and Senior teams, and Capt Slade-Jones – a long-time playing colleague of Capt Mal Roberts (RLC) – adds that plenty of time has been put in by all the management to ensure that the structures are in place for a coherent development pathway for players, with weekly video conferences organised by Director of Men’s Senior Rugby, Col Sandy Fitzpatrick MBE (Late Scots), and direct contact with Capt Roberts on the training field.

“I played a lot of years with Mal and we’ve got a great relationship,” he says. “The cross-pollination between the two teams is very good. Mal’s been down for every game and for training, and has explained the pathway to the team. We didn’t want to give the players false hope, but having access to the Senior coach shows that selection can be in their grasp.

“Communication across all the teams has been the best since I’ve been around. Everyone shares ideas and best practice.”

The Inter-Services Championship marks the end of the Under-23s’ campaign. But with Development and Senior rugby still to come in the new year and large numbers of the current squad still available in 2022/23, Capt Slade-Jones says that development of the players will continue throughout the rest of the season and beyond.

“We’re lucky this year because we’ll only be losing around five players due to age, and the nucleus of the team will still be available next season,” he says. “So we keep a good engagement with the Corps and keep them in that set-up, which lasts until April or May. A few of the lads may be lucky enough to step up to the Development or Senior squads.

“What we’re finding with the players is that they all want to get better, which is great for us. They’re knocking on our door rather than us chasing them.

“We will 100 percent keep in communication with all of the players. They know what we’re expecting, what their own improvements need to be, and hopefully they’ll develop, come back and give myself and all the coaches a big headache from having 50 outstanding players rather than 20 or 30.”

Tickets for Wednesday’s game will be available on the gate, priced at £5 per person, or £4 if you bring military ID. Entry for Under-16s is free.