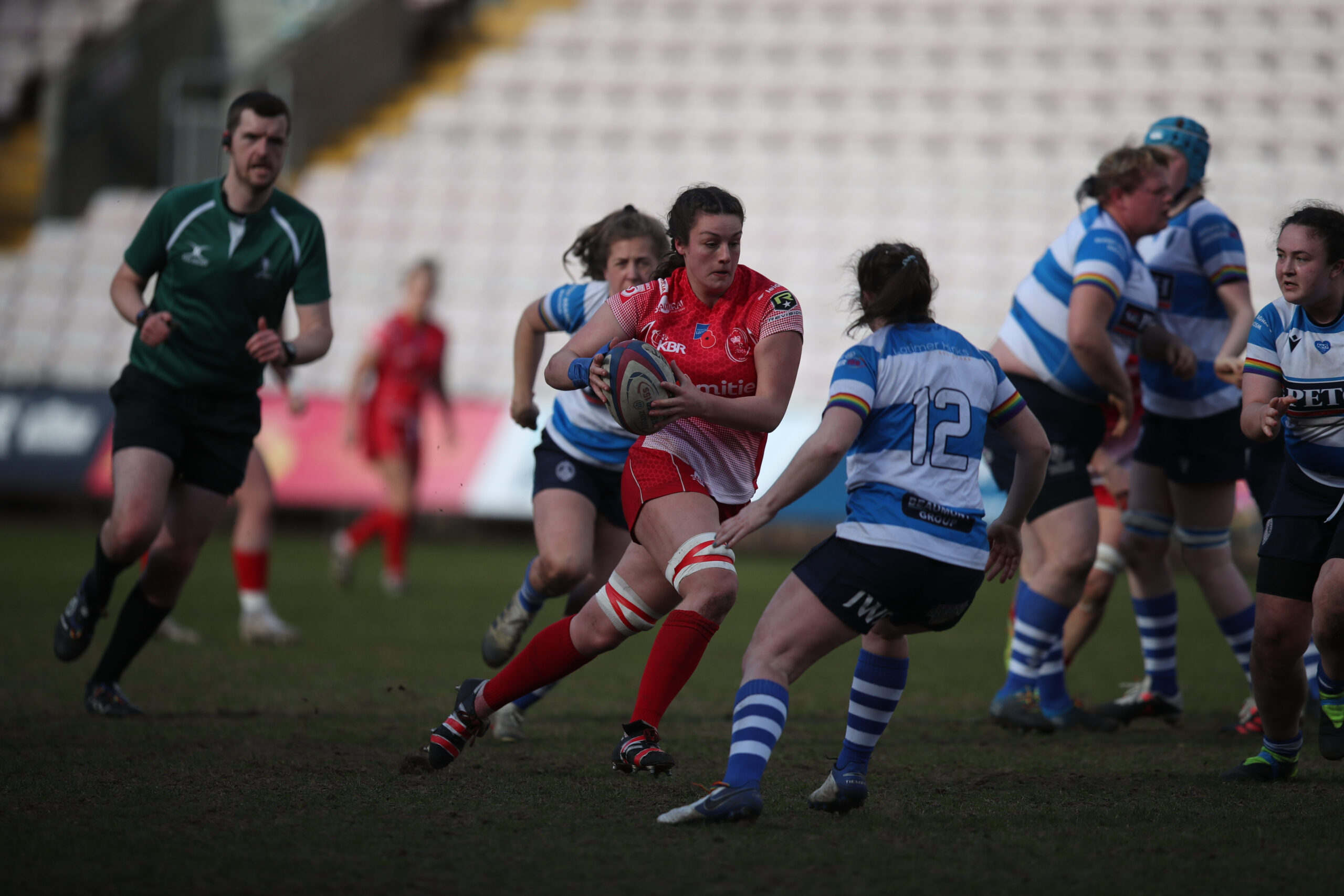 Stott keen on making up for lost time

Springtime is always seen as a time for renewal and fresh starts, which for Lt Sally Stott (RAVC) means coming close to a season-within-a-season as the Inter-Services Championship approaches.

Lt Stott came into the 2021/22 season fresh from both graduating from Edinburgh University and Sandhurst, ready to try and make her mark with Loughborough Lightning in the Premier 15s and build towards a hopeful first Army senior cap.

In the first month of the campaign things had been going well, with three appearances for the Lightning and a player of the match try-scoring performance for the UKAF team which beat France at the end of September.

But then came something which brought her down in full flight, as Lt Stott explains.

“Literally 24 hours after I walked off the pitch having played France for UKAF I started to feel really ill, taking the next week off work and being ridiculously ill,” she says. “I’d had 18 months out of rugby due the Covid break and then being at Sandhurst, and finally I was ready and back having done a brilliant pre-season with Loughborough and then my first three Premier 15s matches under my belt.

“UKAF had been trying to get me onto the pitch for five years but couldn’t, because I’d been an officer cadet rather than being commissioned.

“So everything was going well and I was getting back to where I’d been pre-Covid, and then overnight it was all on hold with no timeline as to when I was going to be back on the pitch or back at work.

“I was signed off and in bed for around a month and a half.”

Off work for two months and unable to play, and only given an all-clear to return to training in January, for Lt Stott the word ‘frustrating’ would appear to be the ultimate in understatement, not least as it came on the back of an absence from the English scene which was longer than just the time required to see off a pandemic and go through officer training.

This is because a burgeoning England representative career which had included three years in the Under-20 set-up and then an ‘A’ cap came to a shuddering halt due to the RFU’s policy for not selecting players outside the Premier 15s. 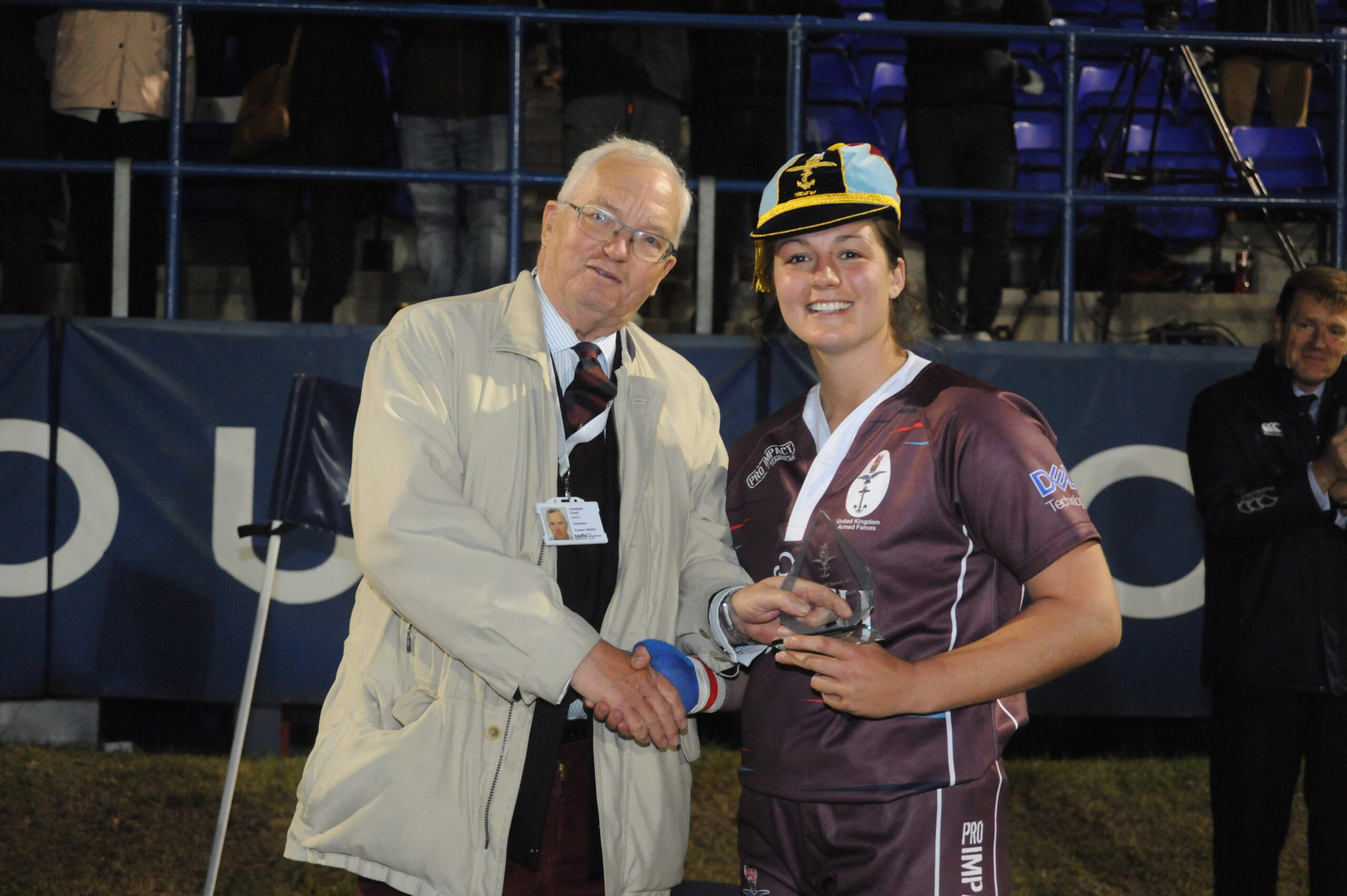 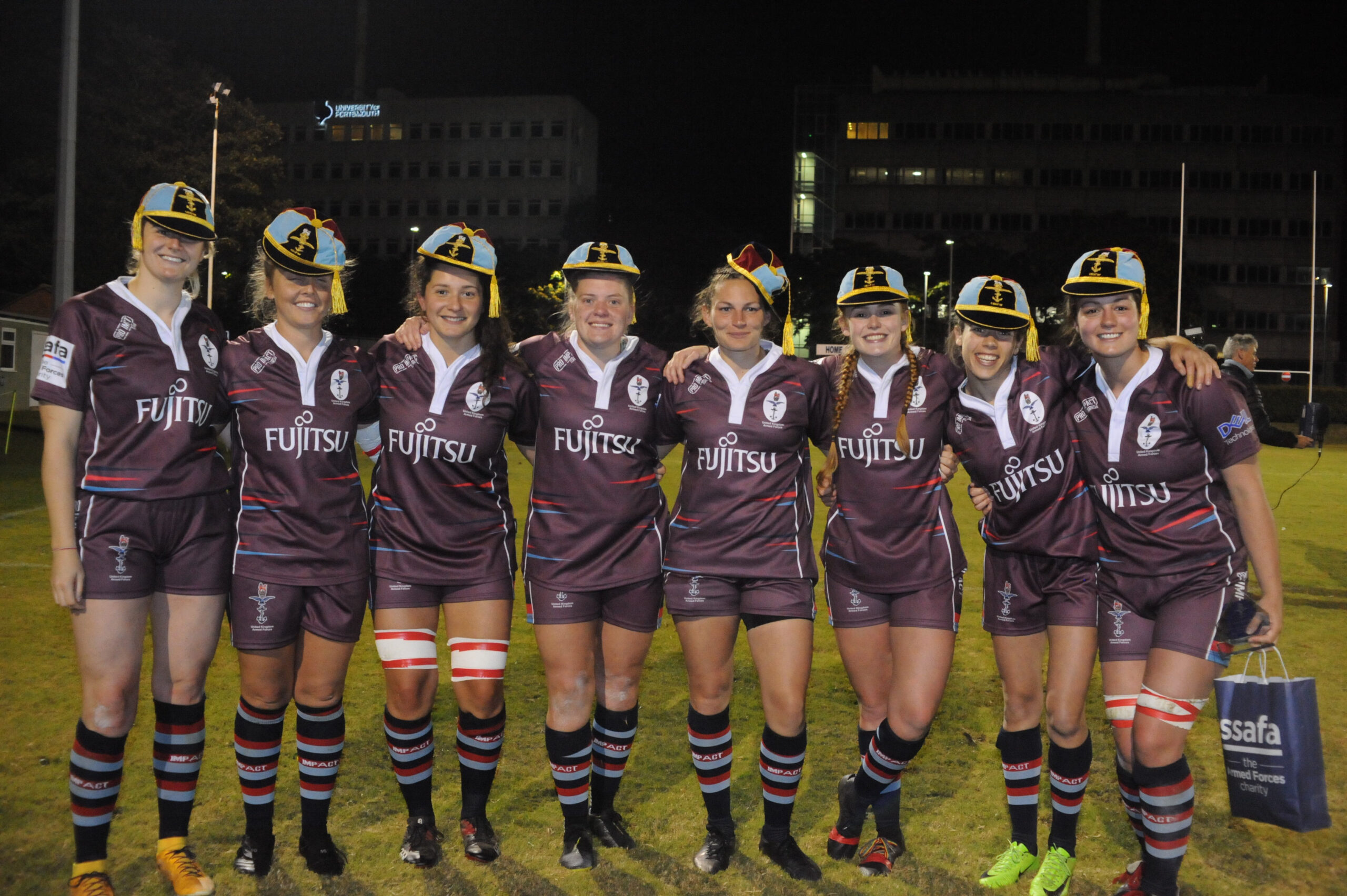 With Lt Stott by now in Scotland for her academic studies that meant ineligibility for more international progression, even though she was regularly turning out for an Edinburgh team which reached a pair of BUCS finals.

So having experienced one hindrance after another, it is no surprise that she is embracing the graduated return-to-play management from her club and setting her sights on running out in the red shirt to face the RAF and Navy in the next couple of months.

“I’m absolutely buzzing for it,” she says with obvious enthusiasm and relish. “This is my sixth season playing for the Army team and I’m yet to get an Inter-Services cap, due to having been an officer cadet.

“So to actually to be eligible to challenge for that shirt and put my all into getting a cap, and be looking at that it’s the chance to get our winning streak back up and running, win the Inter-Services Cup, it’s all an amazing opportunity.

“There are so many things going on in the Inter-Services. There are a lot of new faces bringing a lot of talent with them and it’s looking really good. The past couple of camps we’ve had have been looking exciting and the squad looks special.” 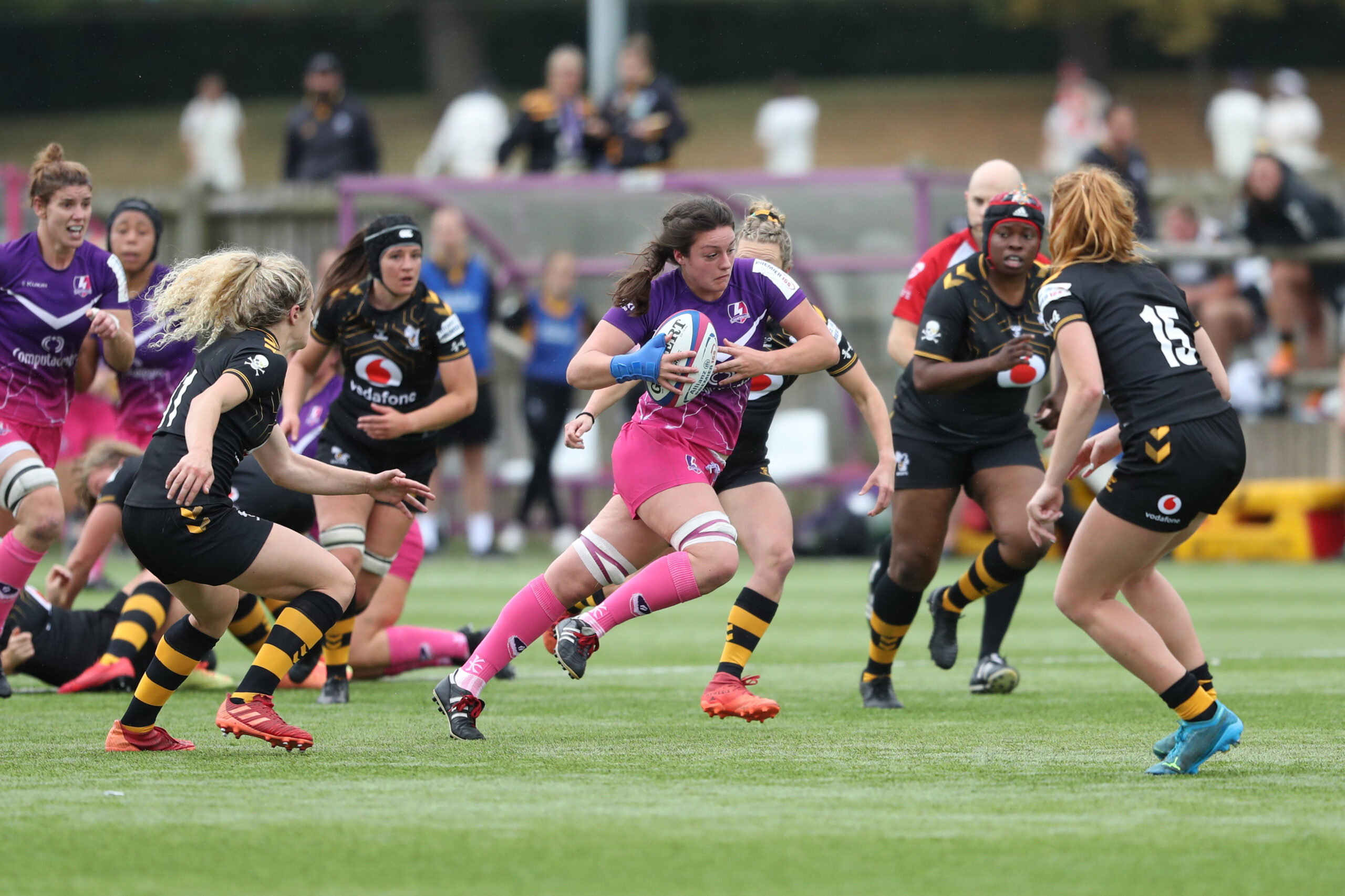 During her absence there has also been the eye-catching announcement of Loughborough’s partnership with Northampton Saints, although the excitement was tempered by not being able to play in the Lightning’s first run-out at Franklin’s Gardens.

But Lt Stott says that the benefits for the team in the longer-term are clear.

“It was a huge thing and I know our coaching staff had been working towards it for a long time,” she says. “It’s nice for us because we were one of the few teams in the Premier 15s not aligned to a male counterpart club, so to have that allegiance widens the family of the rugby club, and hopefully we’ll be able to support each other. It bolsters our network on both sides, where you have more people to tap into. It’s in its infancy but the potential that we’ve got is phenomenal.”

Lt Stott has not just been back in training. There has also been the small matter of changing job, too, to becoming a troop commander at 102 Military Working Dog Squadron, which she says has been an exciting and enjoyable move.

“The Vet Corps itself is so small that a lot of people even in the Army don’t realise we exist, until they start working with our dogs on exercise or work with one of the vets,” she says. “I have to admit that while I’d always wanted to be a vet I fell into the Army at 16, when a career talk came into my high school. Of the two choices I was offered that day the Army sounded more interesting, and they were talking about having doctors, physios and vets! So I pursued it with the job opportunity and being able to play sport and other things as well.

“There are only a handful of vets in the Army and because there will be a lot of time when you’ll be sending dogs away on an op or exercise where they’ll be quite a way away from civilian veterinary help, so we educate the dog handlers or other soldiers or officers as to what to do with first aid for your dog in theatre. And then there’s the training of the new vets as well.

“Now I’m in the high readiness squadron, and once I’ve completed my courses I’ll be on the high readiness cycle. So while I don’t do clinical work every day I’m in a management role and all my soldiers have dogs with them, and therefore on exercise when deployed I double-hat as that troop command role in HQ getting my dogs utilised and co-ordinating that, looking after my guys and their dogs, and providing the veterinary support as well.

“I’ve been thoroughly enjoying it and I’m excited to be involved in this new role.”

Being excited about the Inter-Services Championship is another recurring theme, and Lt Stott says that the coaches, management and squad could not have been more supportive during her enforced absence from on-field action.

“Smudge, Charlie, Harry the team manager, they were all well aware of what was going on and I was getting regular messages from the girls as well, checking in,” she says. “I’ve played in a lot of teams at all sorts of levels, and while they all have their own special thing there’s nothing quite like the family feel that we’ve got within the Army set-up. When you come into camp on a Monday it’s like you’ve never been away. 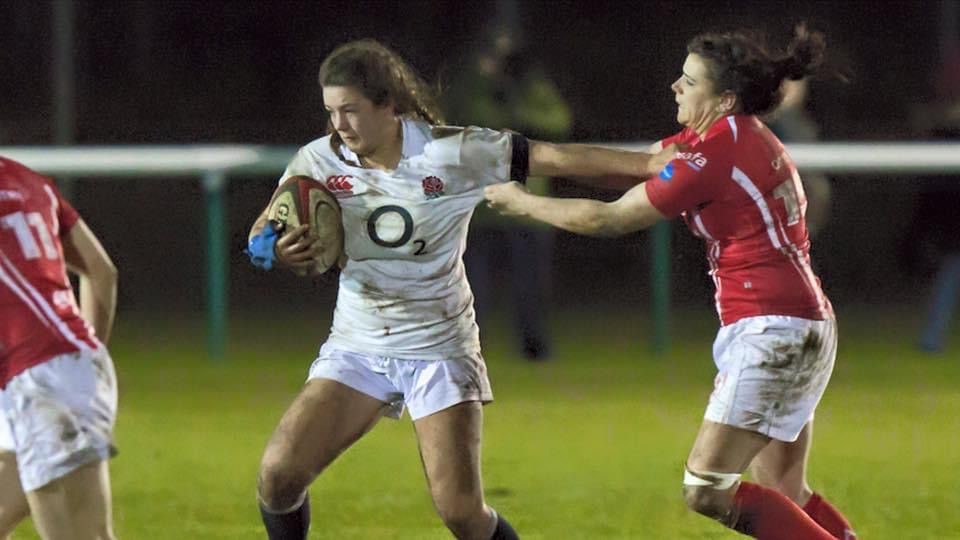 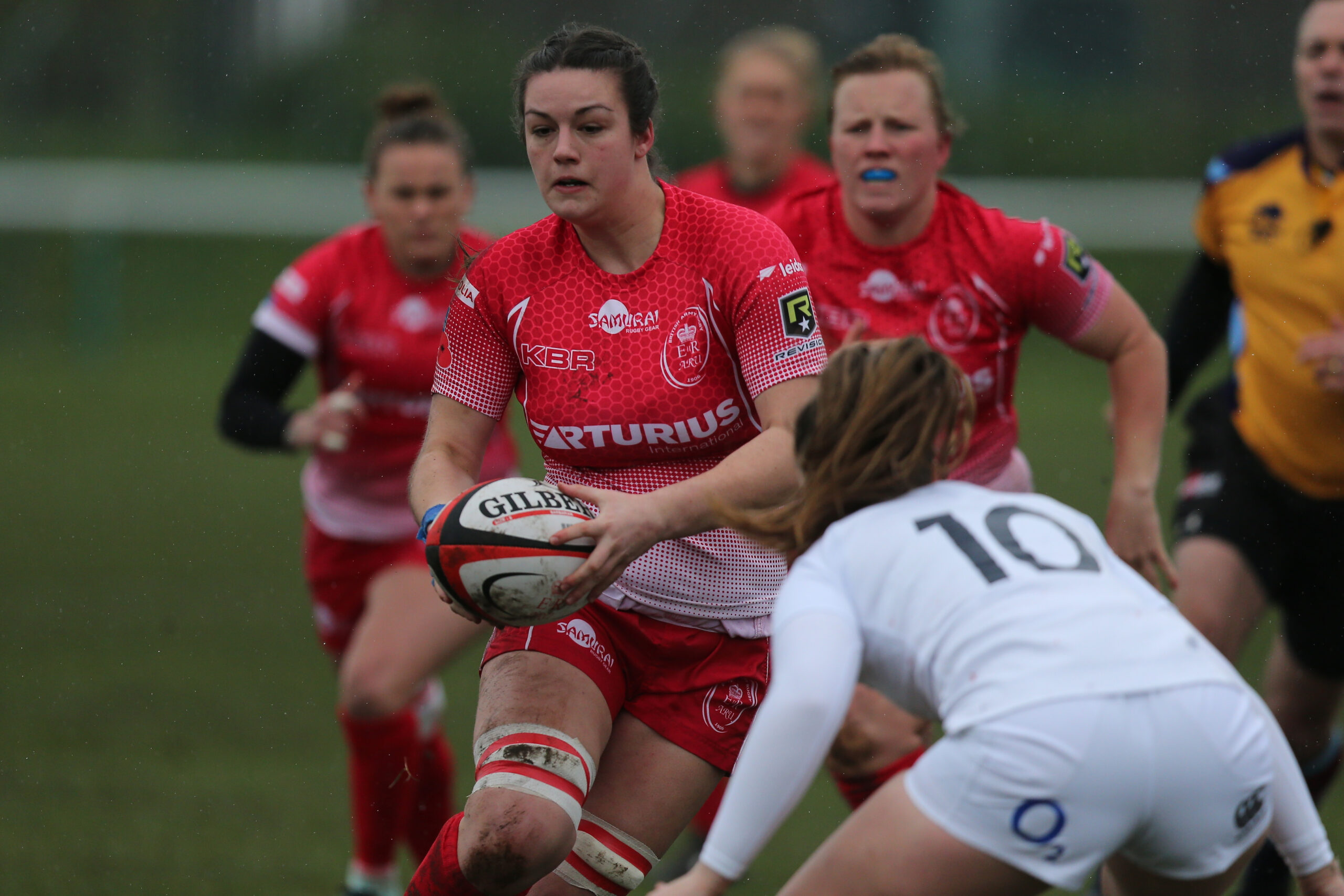 “It’s not just about having players of different ages, it’s having different ranks, different professions, cap badges, and so on, and it brings a brilliant sense of diversity with a unified purpose, that I’ve not seen in any other context.”

Lt Stott’s pedigree on the rugby pitch had been clear from her age group exploits, but she is now focused on achieving a balance between her three passions.

“Getting back into the Premier 15s set-up after having had the hiatus I did up in Scotland, people underestimate how much top-flight rugby has developed,” she says. “You look at the contracts being offered now and the ability to train and play full-time as a woman’s international rugby player, there is an awareness by myself that without being a full-time player there’s only so much you can do.

“The support from the Army is absolutely a million miles away from what I’d expect in another line of work, so I’m going to give it my absolute best, although at the same time I’ve always wanted to be a vet and in the Army, as well as my rugby, and maintaining that balance is what I want to do. I’ll give it my best shot and we’ll see how it goes. I need to get back into the Loughborough side first!”