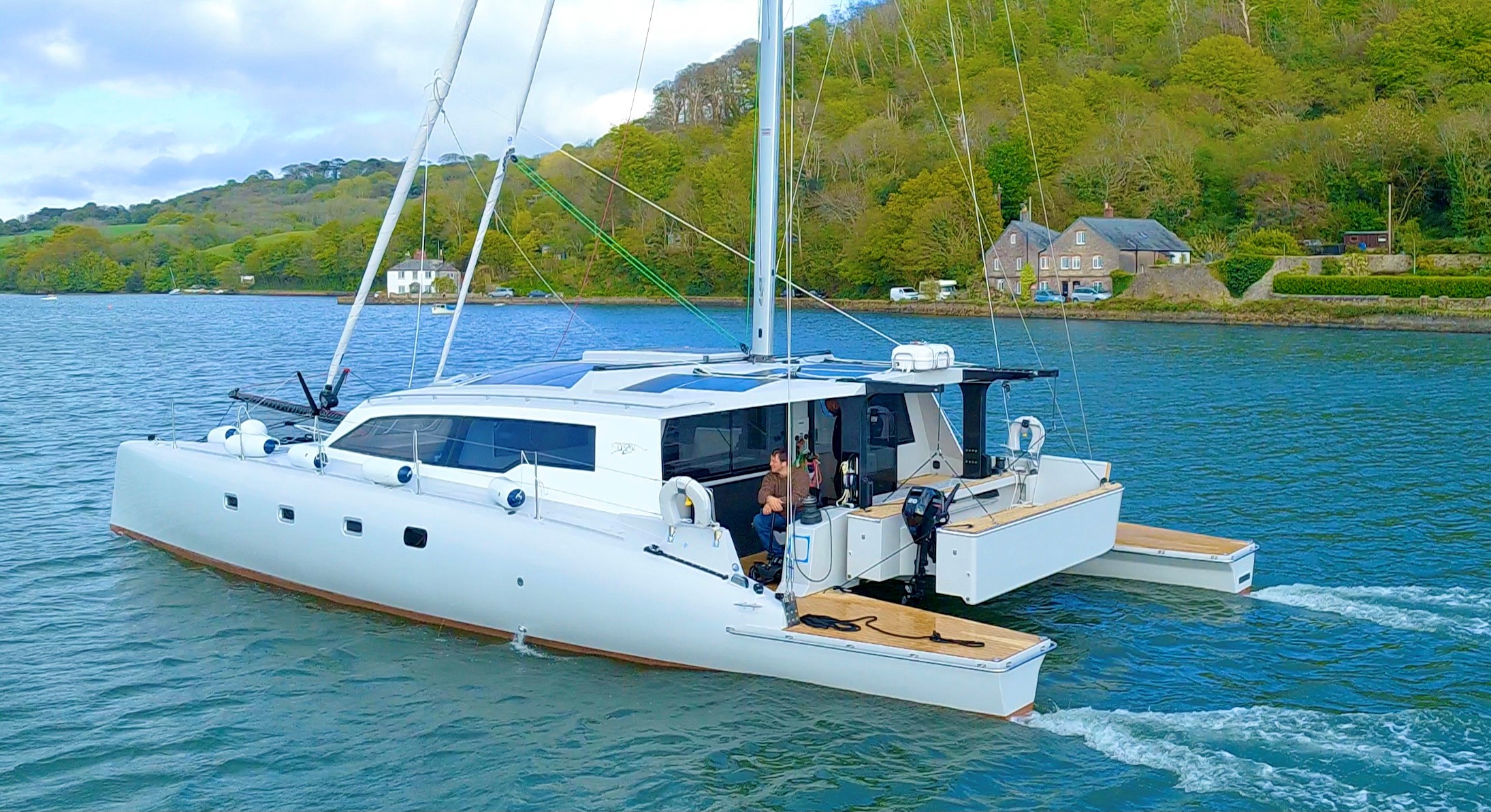 Taking life one challenge at a time

By Kimberley FowkeMay 19, 2021No Comments

“Don’t you want to take a leap of faith? Or become an old man, filled with regret.”

So says Ken Watanabe’s character in Inception. It is a deeply philosophical line, emphasising the importance of making life the best it can possibly be.

Identifying those moments where the leap of faith needs to be made can be challenging enough in itself. But sometimes a moment happens which is so seismic there is no mistaking the personal paradigm shift which has to follow.

For Tom Hughes, a former Captain in the 9th/12th Royal Lancers, this moment came at the end of a rugby match nearly 10 years ago, when an unlucky tackle towards the end of a game for Maidstone 2nds resulting in his spinal cord being crushed and paralysis from the chest down.

“The pain was horrendous, the sort I wouldn’t wish on my own enemy,” he said in an interview a few months later, in early 2012.

“Then I realised I’d lost the feeling in my legs – it was one of the worst experiences of my life.”

Matter of fact, even then. But another line in the same interview gave a flash of insight of what was to come in the decade since then.

“The fact I’m in a wheelchair doesn’t mean I’ll capitulate.”

The leaps of faith have come one after another, from joining Team Endeavour on a coast-to-coast cycling challenge across the United States – “I don’t think I contributed too many miles, but I was useful going fast downhill! I was doing 65mph a few inches off the ground, which was thrilling” – to instructing corporate clients as a watch leader for the Jubilee Trust on tall ships, qualifying as a diving instructor and becoming a Fellow of the Royal Geographic Society.

Academic work kept coming, too, with Hughes completing a Defence Fellowship at Oxford, a Masters Degree with Glasgow University and a PhD in International Relations at St Andrews.

And now Hughes is preparing to take on the latest challenge of a lifetime, sailing around the world on a purpose-built catamaran, transferring into a specially adapted 4×4 camper van to see the landscape away from the water. 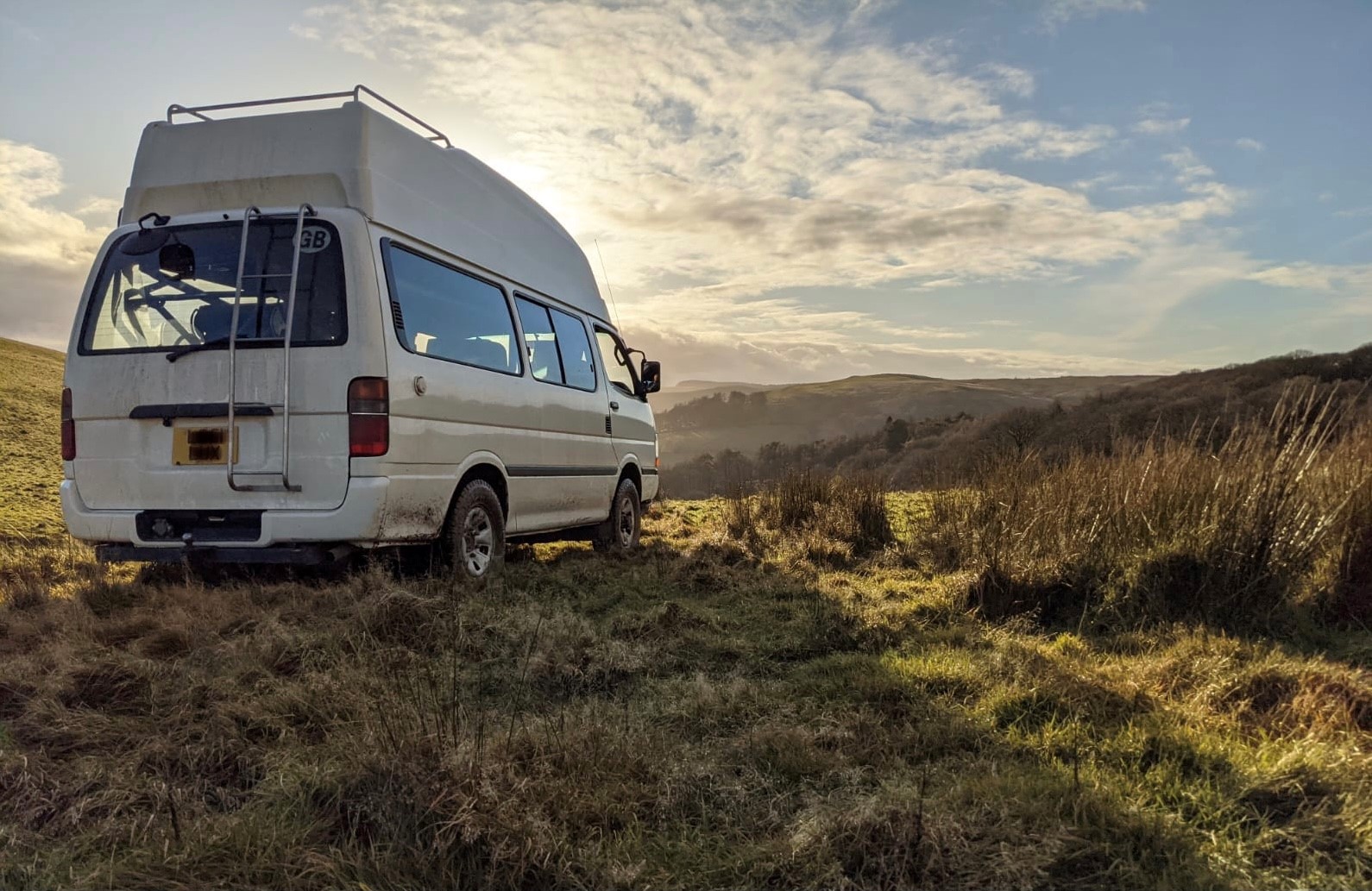 “I’ve always wanted to do it,” he says. “When I was 18 I did a two-week holiday with a friend and his family on a monohull near Turkey, which was a formative experience. Then it was all rugby after that and the Army, and I didn’t touch sailing at all, but sailing came back on the radar around six years ago.

“I was told I could either wait until I was retired and in my 70s to sail around the world, or I could do it now. I thought to myself, ‘why not?’, found myself a company, Dazcat Multimarine, to build a wheelchair accessible boat.

“At the same time someone else pointed me to some YouTube channels where people were posting their videos from their trips around the world, which looked amazing and was exactly what I wanted to do, having adventures in these amazing places.

“Now here we are, six years after the initial conversations, and the boat is now in the water, ready for me to learn to sail it properly.

“I’m not sure there are too many expedition-capable wheelchair accessible sailing yachts out there, so this is really exciting.”

It will not just be sailing, either.

“Diving is very calming and therapeutic when you’re in the water. There’s a dedicated programme called Diving for All run by the British Sub-Aqua Club, designed to get people with a disability into the water. I’ve had lots of conversations about how we can drive that forward, and I think we’ve blazed a trail over some of the more technical diving.” 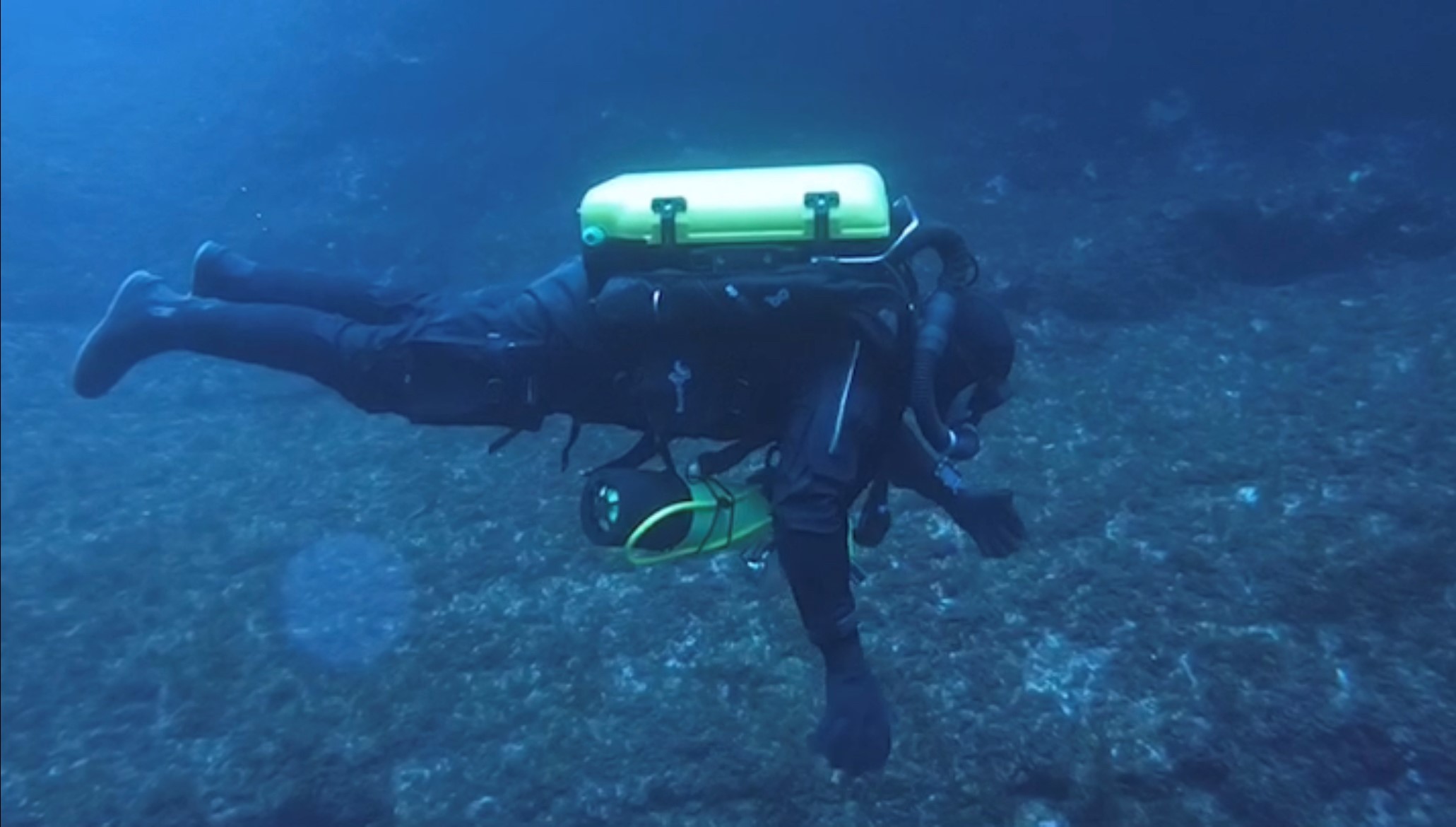 Throughout his 20s Hughes’s life had been based around rugby, his service in uniform and four years at Loughborough reading Engineering, a course which led to both the former two areas taking some big steps forward.

“Loughborough was a very formative experience, rugby-wise, and we were training twice a day, either as squad training, in the gym or skills training, to maintain your position in the first team squad,” he says.

“By the time I got there we were playing in one of the top level regional leagues. Alan Buzza was the director of rugby at the time, and I remember saying that we should invest on trying to get up the leagues, make a name and attract people. That worked, and the guys who came after me got to play at that level.

“That’s what got me the initial trial with the Army – whisked into a training session straight off a two-day exercise and complete with cam cream! – and then I stayed in and around the set-up for quite a few years.”

A travelling reserve for the 2010 Army Navy Match and a regular in the red shirt for friendly fixtures, Hughes had set his sights on making the Inter-Services squad in the season after returning from his second tour of Afghanistan in 2011, representing the Royal Armoured Corps along the way. 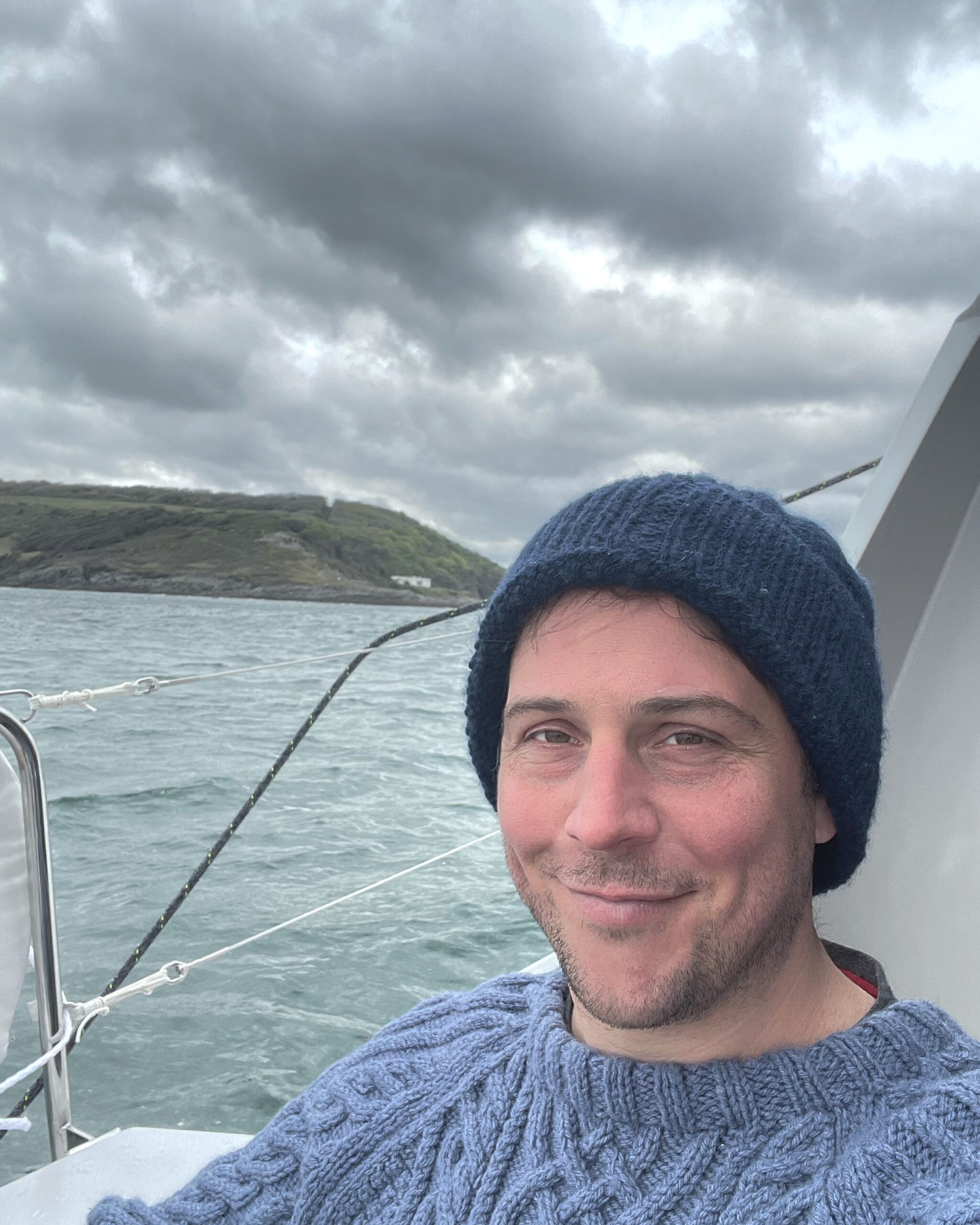 “I’d said to myself that 2011/12 was going to be my year. My regiment had signed it off and I was planning my training, was talking to Andy Sanger who was the coach, so with that in mind on my first Saturday off after coming back from Afghanistan I’d organised to play in a game for my old club, Maidstone.

“Sadly, just before the end of the game I took a hit in midfield while carrying the ball. It was an unlucky tackle, nothing untoward, which ultimately ended in paralysis.

“So I went from going out on the Saturday looking to build towards a season of getting capped, to waking up the following morning paralysed from my chest down.”

Having been part of the Brigade Reconnaissance Force for 3 Commando Brigade in Afghanistan, Hughes says that his matter-of-fact reaction to the injury was a legacy of his experiences and attitude in combat.

“I think that because I’d just got back from Afghanistan I hadn’t quite switched that off,” he says. “At the time Afghanistan was a very dangerous place with a risk of getting quite badly injured.

“Everybody who went to Afghanistan was prepared to get hurt. You have an awareness that this is going to be a possibility, and when I got back I was still in that mindset when I got seriously injured on the rugby field. I think it was worse for those around me, because they had been relieved when I got back home safely, only to break myself playing rugby.”

Hughes will always be grateful for the support he received from both the Army, ARU and RFU Injured Players Foundation, with the former helping to facilitate a place on the Defence Fellowship programme and support for his family, the second providing a strong support network and the latter ongoing funding for rehabilitation and specialist equipment, and even funding for his PhD.

“On day two I had a visit from a massive hulking figure called Dave Phillips, an ex-copper, who worked for the Injured Players Foundation. Dave was brilliant, he introduced himself and offered his help, and along with my regiment sorted out accommodation for my parents and funding for their travel.”

Many rugby players say that the sport has given them so much. Ironically enough, the same could be said for Hughes, despite the circumstances which led to what has come since. He certainly will not be an old man, filled with regret.

“My life is very different to what it was 10 years ago,” he says. “Ten years ago today I would have been sitting in a Jackal somewhere in the Afghan desert, and for that young man who would have a life-changing injury some six months later, if you’d have told him that 10 years later he would be about to jump on a boat and go sailing around the world, he wouldn’t have believed you.

“In many respects I’m glad he wasn’t told what was to happen, because I’m quite enjoying what I’m doing at the moment. I’m not sure I would change anything, which probably would surprise people.”