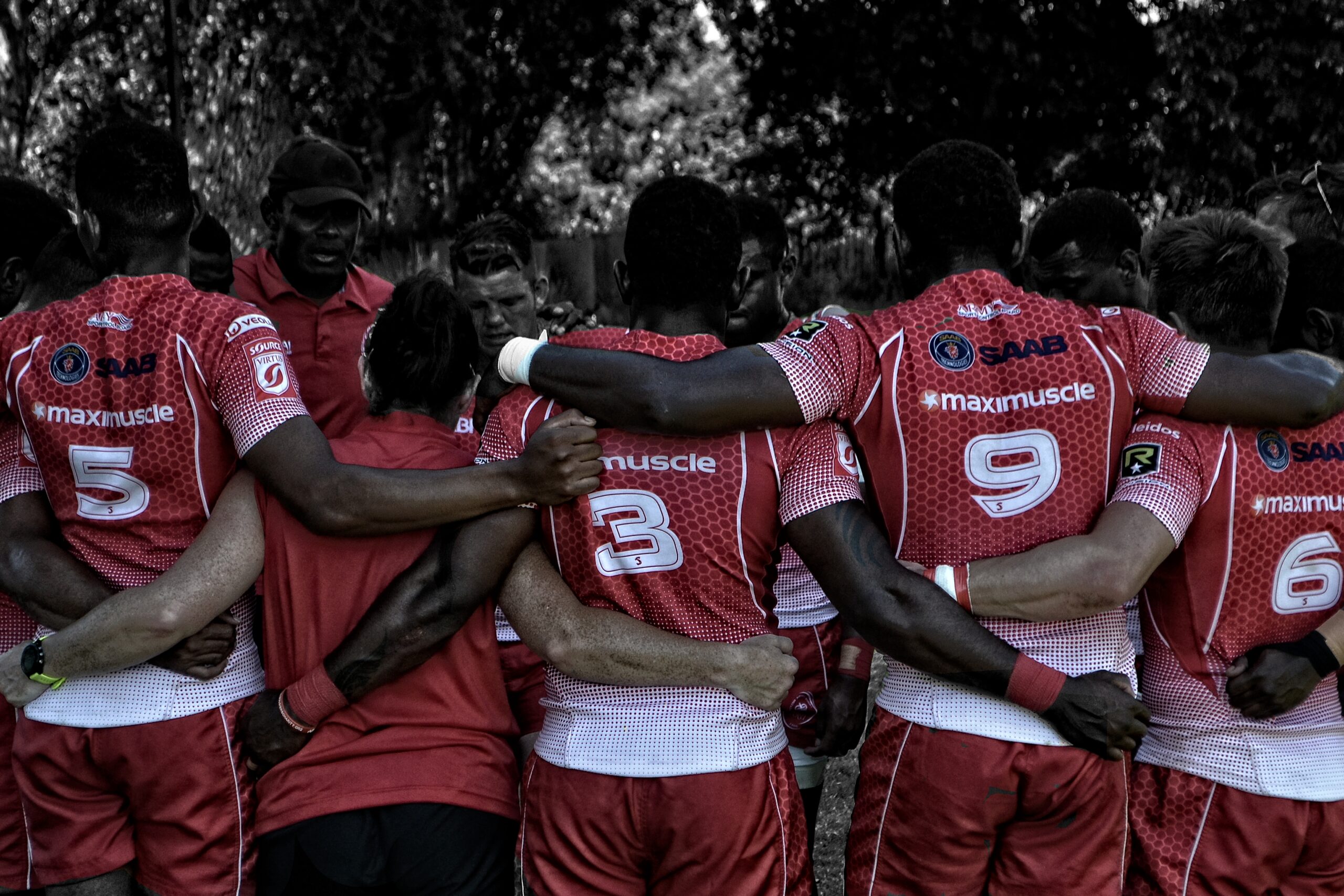 The Heat of Battle

By Kimberley FowkeJuly 19, 2021No Comments

A long and very hot day of sevens rugby last Saturday saw the men rewarded with victory in the third leg of the Super Sevens Series and thereby ensure that the overall title will not be decided until the final leg, to be held this Saturday in Bury St Edmonds.  The action on the pitch was captured, as so often, by Lee Crabb of Scrumpix Images.  It is his images that are provided in real time to the Army Rugby Union by long term photographic partner Alligin Photography.  However, for this round the ARU were also helping Alligin Photography to provide an opportunity for a new photographer on the circuit and a face familiar to many involved with Army Rugby, Josh Drauniniu, the Navy’s former electric winger.

Since leaving the Royal Navy Josh has been playing professional rugby in France and picked up the camera when he put down his boots.  Keen to develop himself Josh reached out to former Navy colleague, and director of Alligin Photography, Geraint Ashton Jones, and the idea for a collaboration at the Super Sevens Series was formed.

From Alligin Photography’s point of view it was a perfect opportunity to work with Josh as the Navy Sharks were also in the tournament, coached by Silvenusi Buinimasi, a former teammate of Josh.  This relationship would provide a unique insight to a team which hopefully could be captured in the images.  However, it was also decided that, as with the players, there are times when the photographer needs to be stretched a little and taken out of their comfort zone and what better way than working with the Army side.

The partnership between the Army Sevens and Alligin Photography is an established one and the players are used to supporting ‘photographic requirements’; so supporting Josh was not an issue nor too much of a distraction from the requirement to compete in a sevens tournament.  The result of this collaborative approach between both the Army and Royal Navy Rugby Unions, Alligin Photography and Josh (Footluck13 Photography) were three series of images, all giving an insight into sevens rugby before and after the furious intensity of each match.

The Heat of Battle is the first of two series hosted on the Army Rugby Union image library and features the men’s team preparing for a game and during a debrief afterwards.  The black and white photographs provide an intimate insight to how the players prepare and the effort that they put in which remains edged on their faces long after the final whistle. 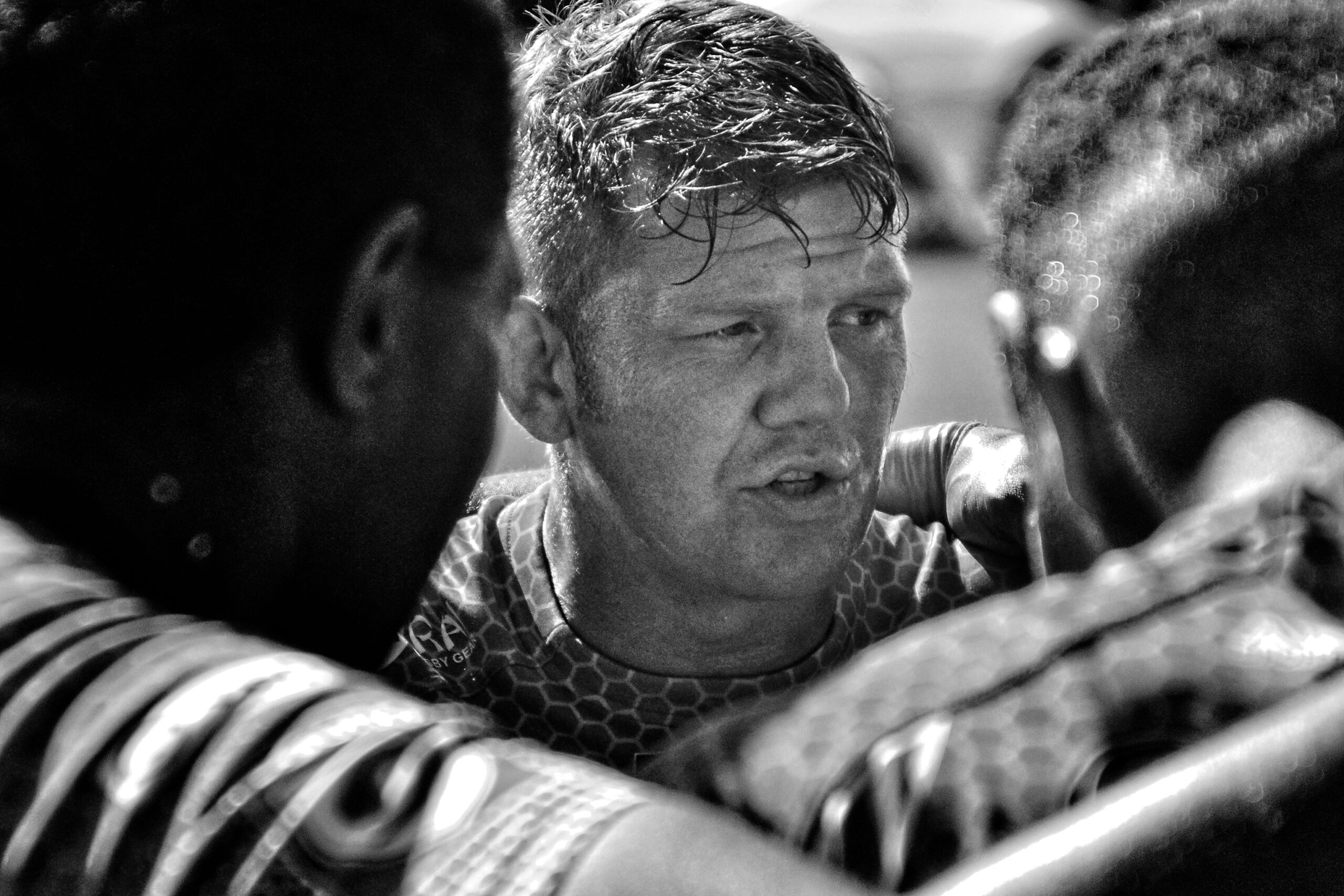 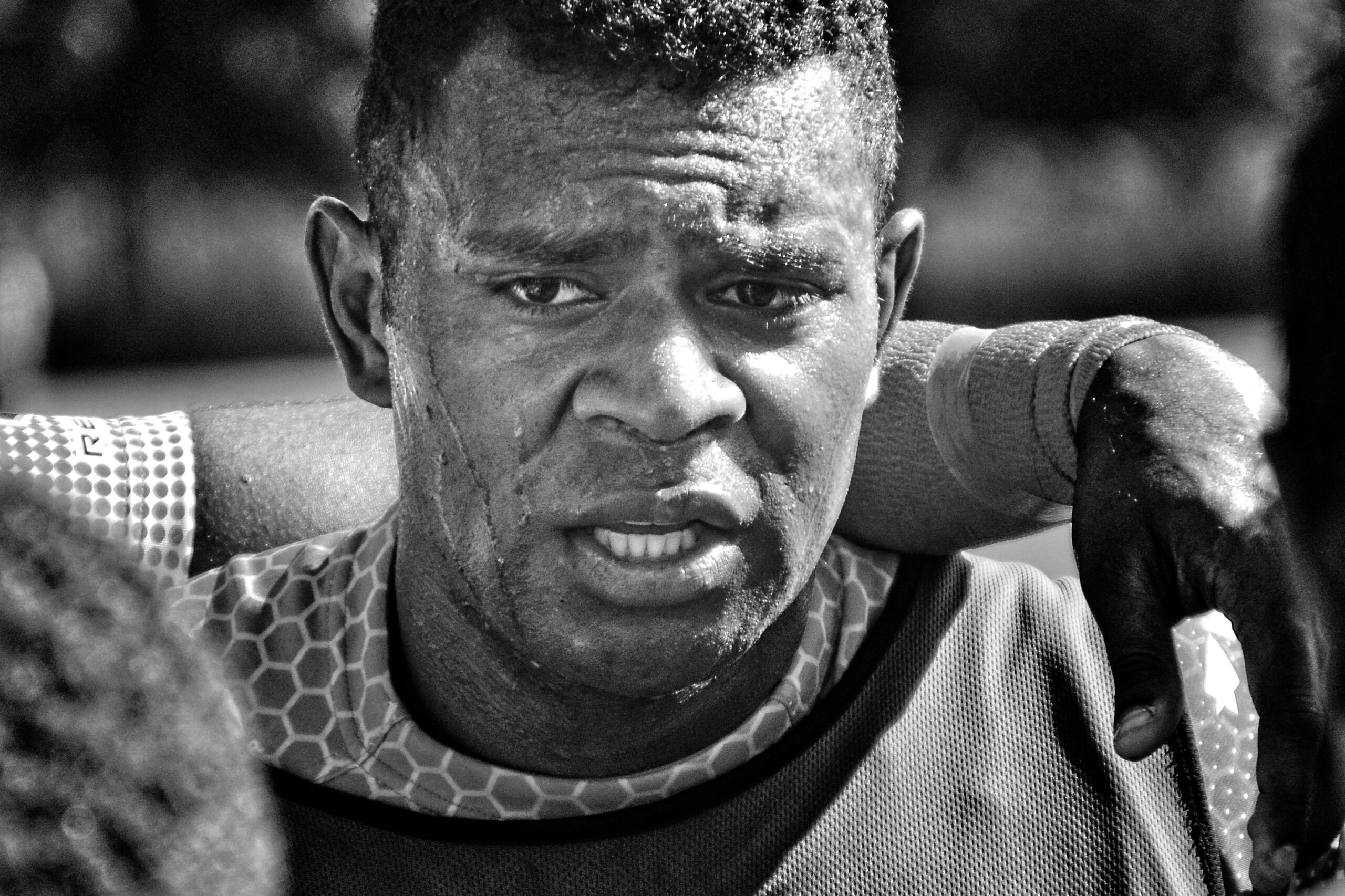 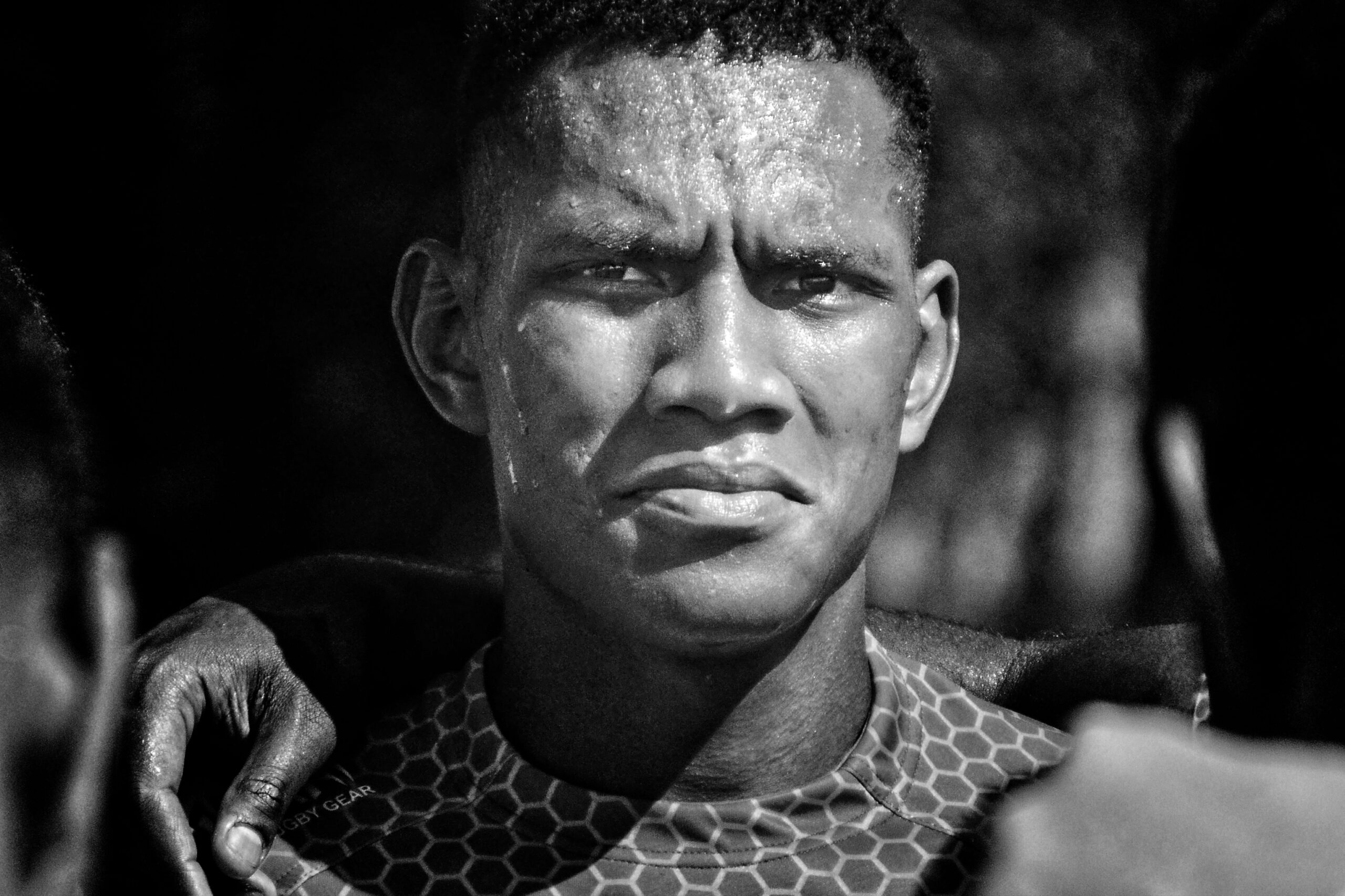 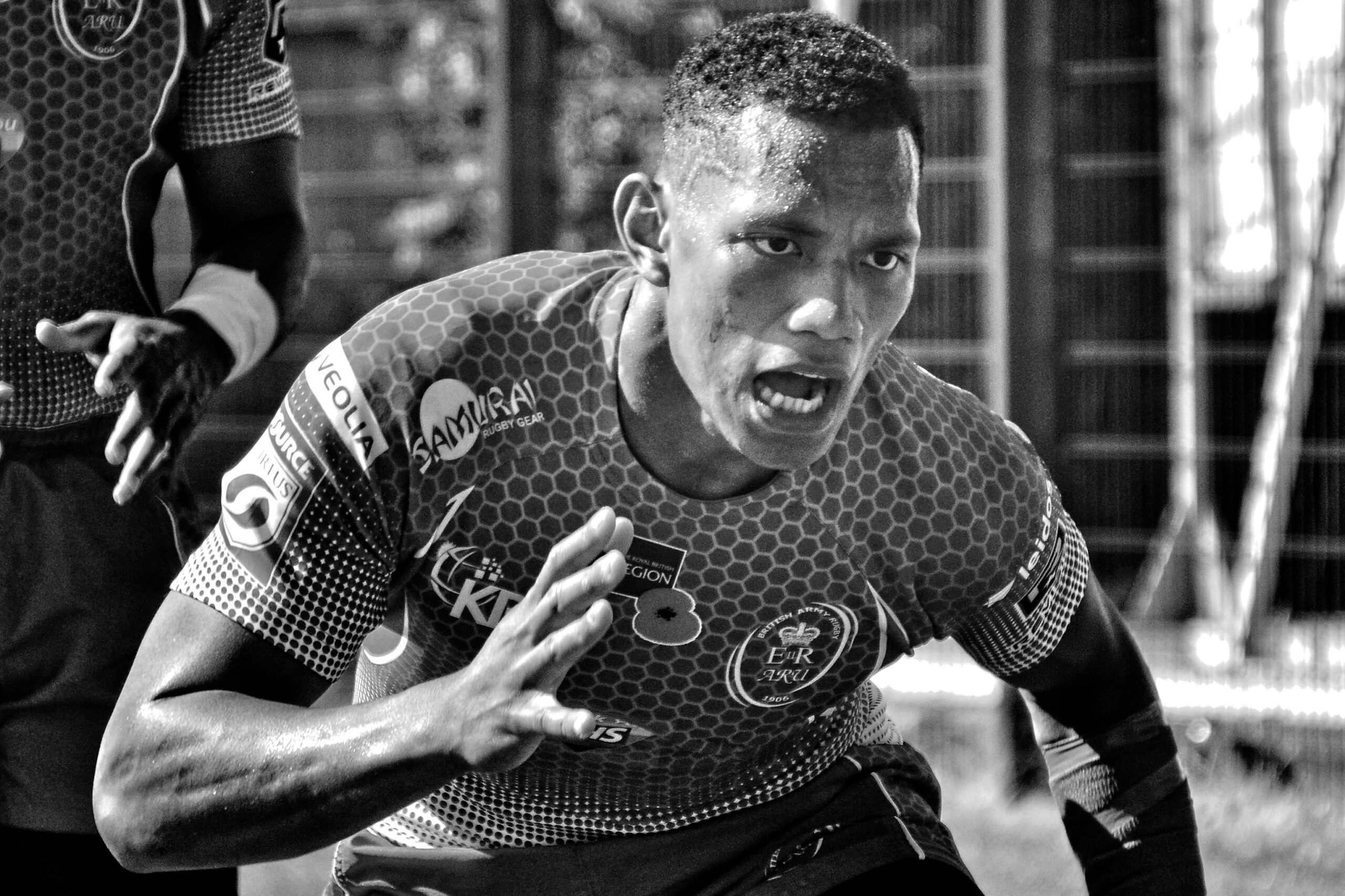 The second series, Portrait of a Coach, captures the different aspects of the coach’s day and includes images from all three Service sides at the tournament, the Sharks from the Royal Navy and both Damu, the Army men’s coach and Dean Bradley, the women’s S&C coach. 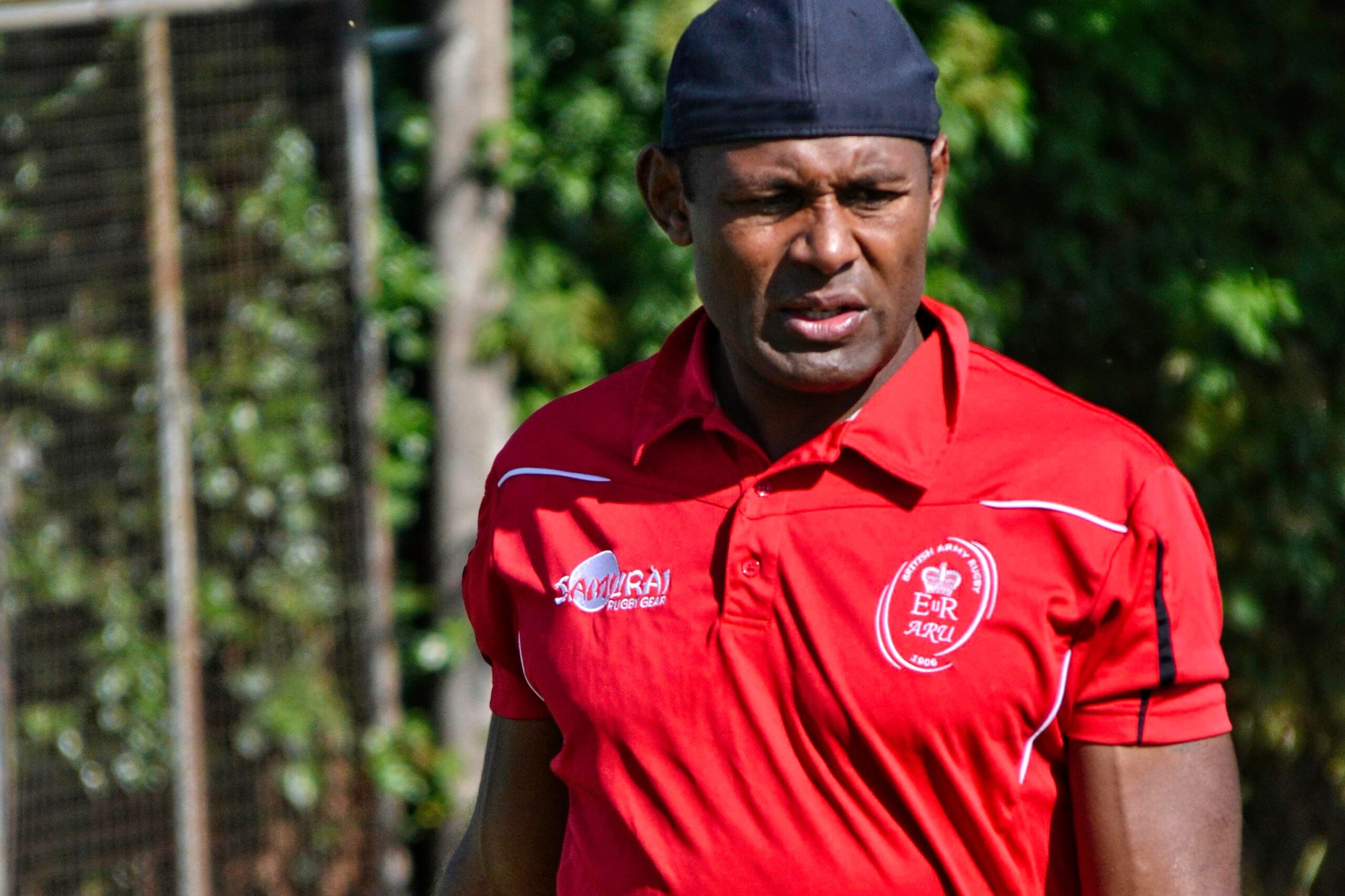 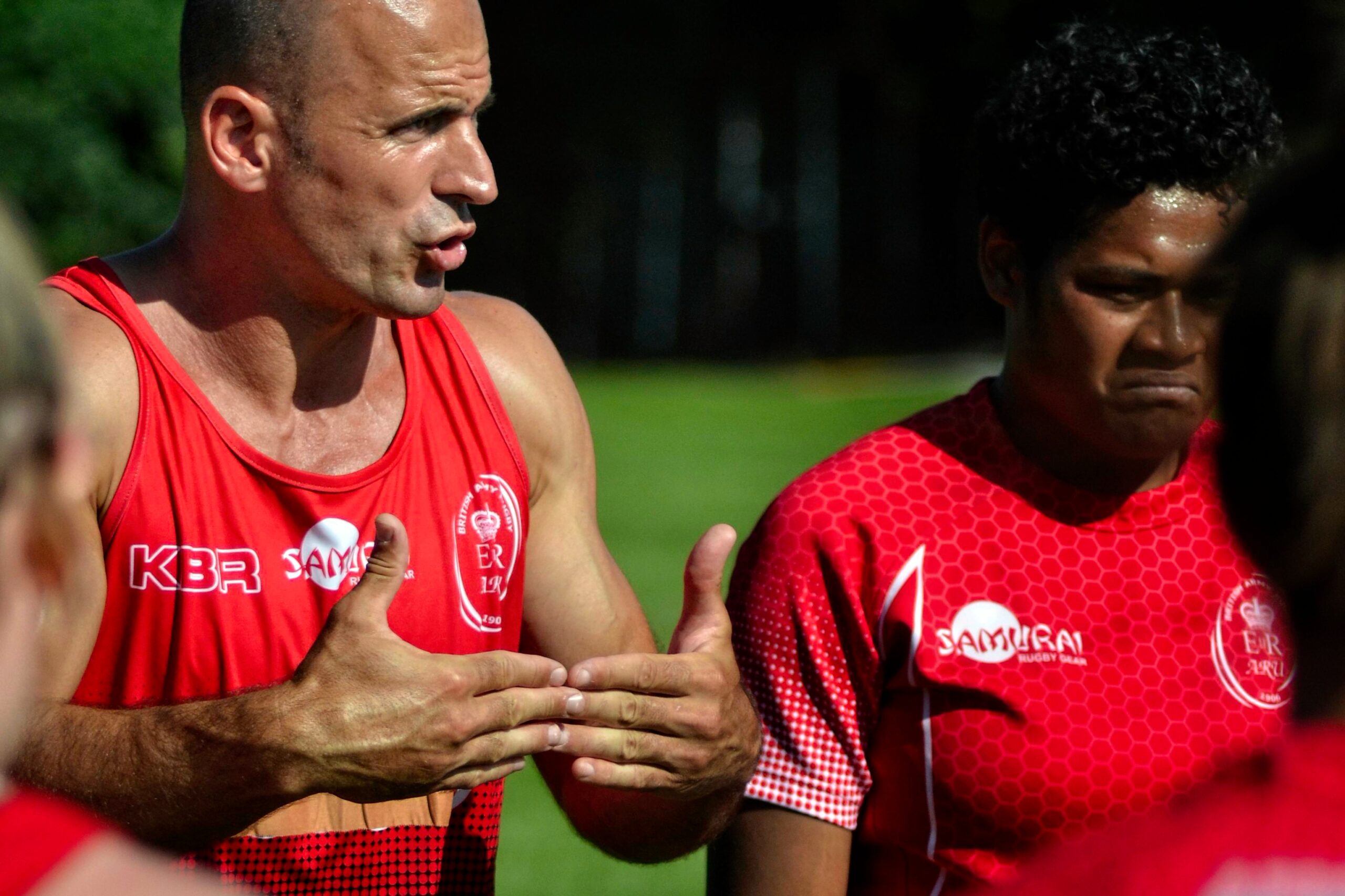 So how did Josh view the collaboration?  “I’d been so excited and overjoyed at the opportunity and responsibility of capturing the Army and the Navy Sharks 7s team in action working alongside Lee Crabb. The challenges I had were enormous and outside my comfort zone as I was always more into Landscape, Wildlife and Still-life photography. The in-game learning I had from Lee was valuable and insightful, dealing with different modes of photography especially since there was lots of action.  The Army and Navy 7s team provided me with that as both went deep into the tournament. Working with the Army 7s Men & Women team was amazing as they were so welcoming and left me to be a fly on their wall if you get my expression. I tried to capture the intensity and the spirit of the Army game which even converted me to supporting and cheering for them in their respective games, although only when not playing the Sharks!”

Josh’s two series featuring Army playing and coaching staff can be viewed on the Army Rugby Union image library at: