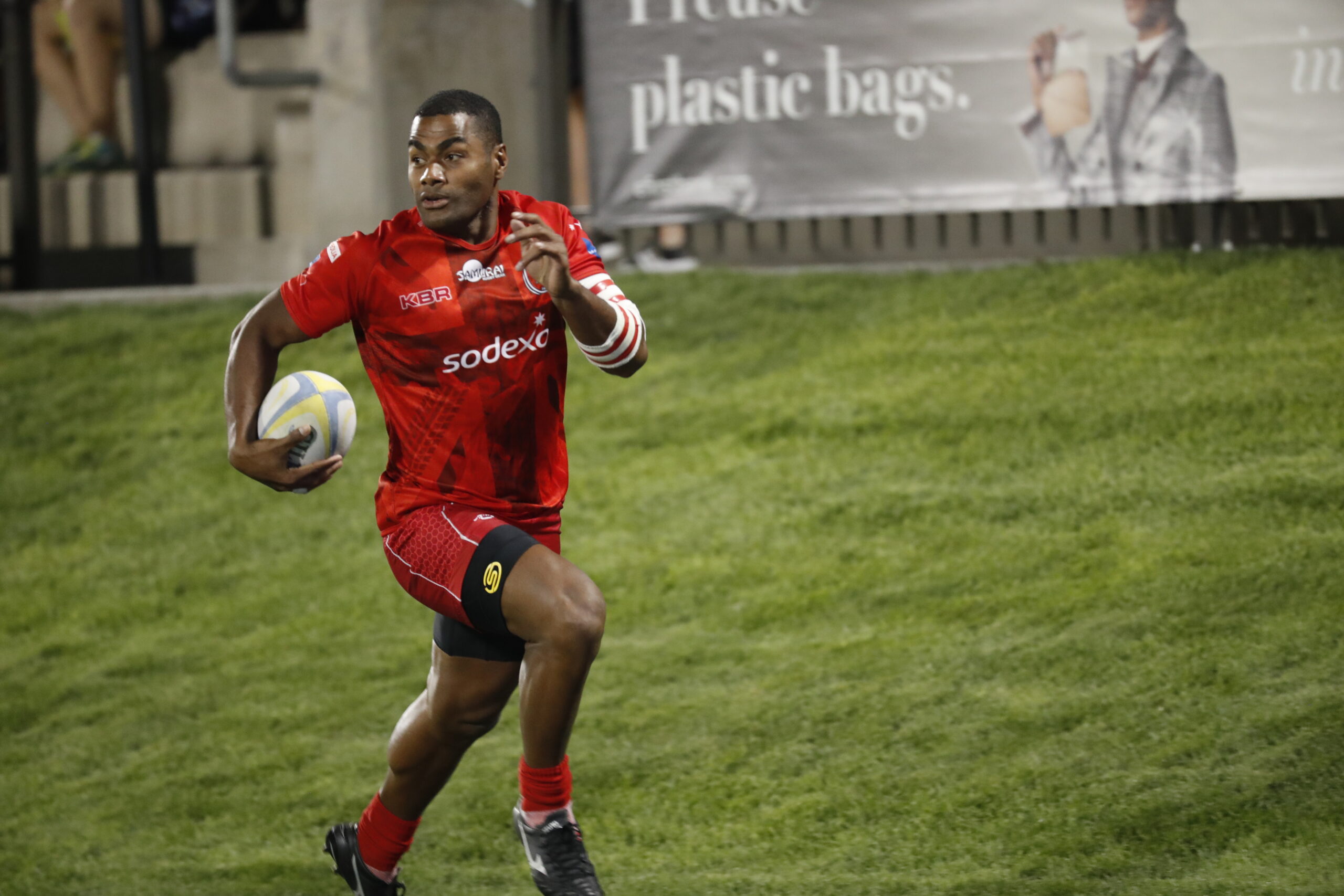 Two in two for the ‘Tank on the Flank’

Pte Ratu ‘Siva’ Naulago’s (Yorks) stellar return to action continued on Saturday with both a second try in as many games and a player of the match award as Bristol continued their recent winning run by downing Newcastle 37-21 at Ashton Gate.

The ‘Tank on the Flank’ once again showed his talent for being in the right place at the right time to take him over the whitewash in the first half, collecting a Luke Morahan kick to touch down.

But that was only one part of the story for Pte Naulago, who made 146 metres with ball in hand, beating four defenders, making three clean line breaks and winning four turnovers, not to mention some physical tackles which are lighting up the internet.

There was another comfortable win for an Army player over north-east opposition, with Capt Gemma Rowland (RA) in the Wasps’ starting line-up for their Premier 15s maximum haul away to DMP Durham Sharks.

Wasps controlled the game throughout, putting the contest to bed in the first half by scoring seven of their eight tries, then holding the Sharks at bay with their defence in the second.

The 46-0 win has taken Wasps to a one-point gap from the top four, helped by Harlequins losing at home to Saracens, also on Saturday afternoon.

Harlequins, who included Bdr Bethan Dainton (RA) on the flank, led 8-7 at half-time, having scored the game’s opening try and then a later penalty.

But after the break the scoring was all at one end as Saracens exacted revenge for the 2021 Final, scoring 15 unanswered points in the last 12 minutes to run out with a 22-8 victory which confirmed their place at the top of the table.

Saracens – on the men’s side, this time – also inflicted a heavy defeat on an Army player in the other top flight game to feature a red shirt representative.

LCpl Semesa Rokoduguni (Scots DG) was at full back for Bath’s Premiership trip to the StoneX Stadium, but although the travellers were heading to the capital on the back of two successive league wins they were up against the form guide, having not won away to Saracens since 2010.

That run is now extended by another season, Saracens turning on the power to win 40-3. The game had been evenly poised for the first 35 minutes, with the teams exchanging penalties, but two tries just before half-time gave the hosts breathing space, and they went on to score 22 further unanswered points in the second half.

Finally, there was a promising win for the Army Development XV against Oxford Greyhounds in Aldershot on Saturday.

Head Coach Mal Roberts (RLC) made a dozen changes to the starting line-up from that which beat the British Police in Stourbridge, and the team had to show resilience in the first half to deny a Greyhounds outfit which had the majority of territory and possession.

However the Army had scored the only points to lead 12-0 at the break, and with an improved performance in the second half they came out firing to score early and go on to win 41-5.