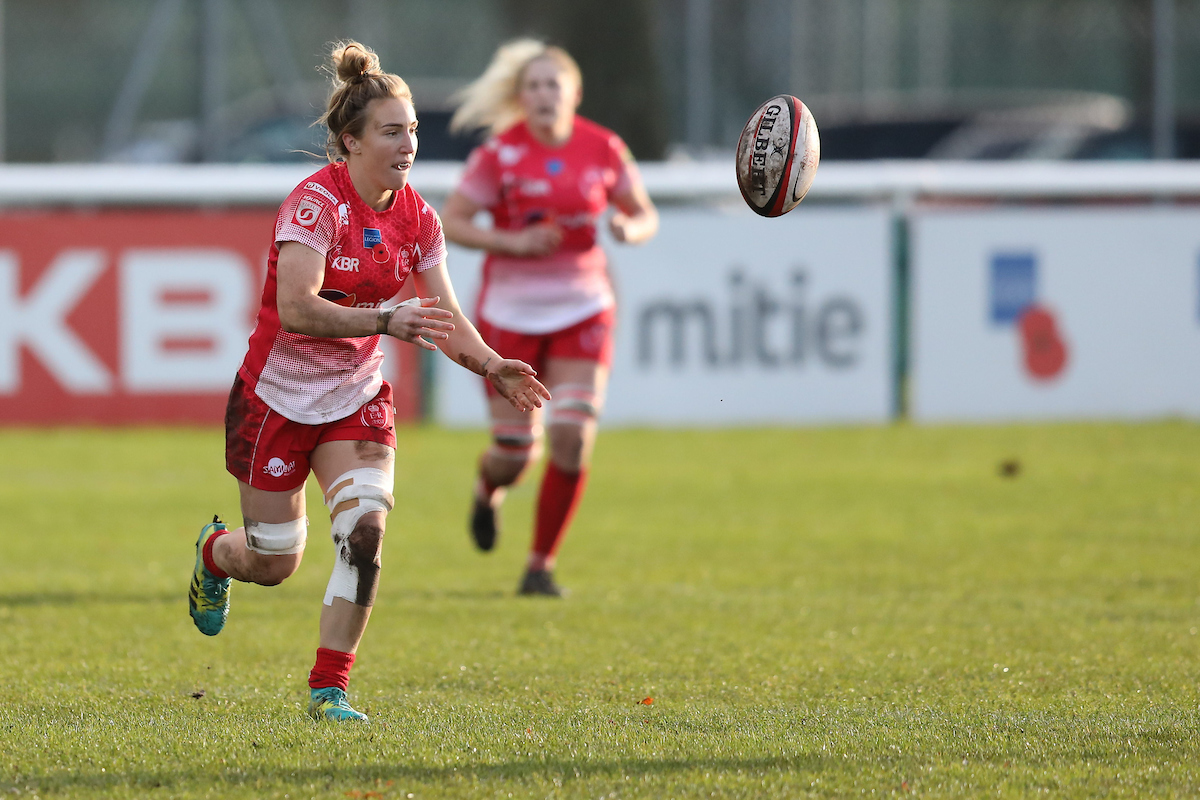 Bdr Bethan Dainton (RA) and Sgt Jade Mullen (AGC (SPS)) will follow up their selection in the Wales Women squad with an outing for Harlequins in the Premier 15s this Saturday afternoon (KO 15:00).

Sgt Mullen makes her first appearances in a Harlequins match squad this season, and both players missed last weekend’s win away to Gloucester-Hartpury after helping UKAF beat French Forces.

Harlequins began the season where they left off from 2020/21 with two big wins, but lost to Exeter in Round 3 and narrowly beat Gloucester-Hartpury 21-18. It will be another stiff test this weekend for the reigning champions as they welcome high-flying Bristol to the Twickenham Stoop, who bring a perfect record with them to south-west London.

Also in the Premier 15s, Cpl Louise Dodd (QARANC) returns to the Wasps starting line-up for Sunday’s game against Gloucester-Hartpury at the CBS Arena in Coventry. Wasps have had a mixed start to the campaign, beating Loughborough and Worcester but losing to Exeter and Saracens, and they sit just one league point and one place behind Sunday’s visitors to the Midlands.

It is a massive opportunity for the players to shine, with the match forming the second part of a double-header immediately after the Wasps’ men’s team has played Northampton. Kick off on Sunday is at 17:30.

With Bath having a bye in the Premiership and both Gnr Senitiki Nayalo (7 Para RHA) and Pte Ratu ‘Siva’ Naulago (Yorks) both injured, the male representatives in action this weekend will both be in Scotland.

Cpl Lewis Bean (Rifles) makes his first start for Glasgow Warriors after coming off the bench in the team’s opening two United Rugby Championship outings against Ulster and The Sharks.

Glasgow host South African opposition once again at Scotstoun on Saturday afternoon in the form of the Lions, who like the Scottish outfit have a record of one win and one loss from their two matches played so far, winning in Italy against Zebre in Round 1 before losing to Scarlets last time out.

Glasgow shrugged off their Round 1 reverse at Ulster to beat The Sharks last weekend, and Cpl Bean will partner experienced international Richie Gray in the second row. Kick off on Saturday is at 15:05 with coverage on Premier Sports 1.

At the same time, LCpl Lloyd Wheeldon (3 Para) will be running out with Heriot’s for their final Scottish Super 6 clash of the campaign with Boroughmuir Bears at Goldenacre (KO 15:00).

LCpl Wheeldon last played in September’s win over Watsonians, with Heriot’s losing the three matches played since then. Hopes of a top four finish have gone, but Heriot’s and Boroughmuir have plenty of pride to play for, not least deciding who finishes fifth and sixth at the end of the season.