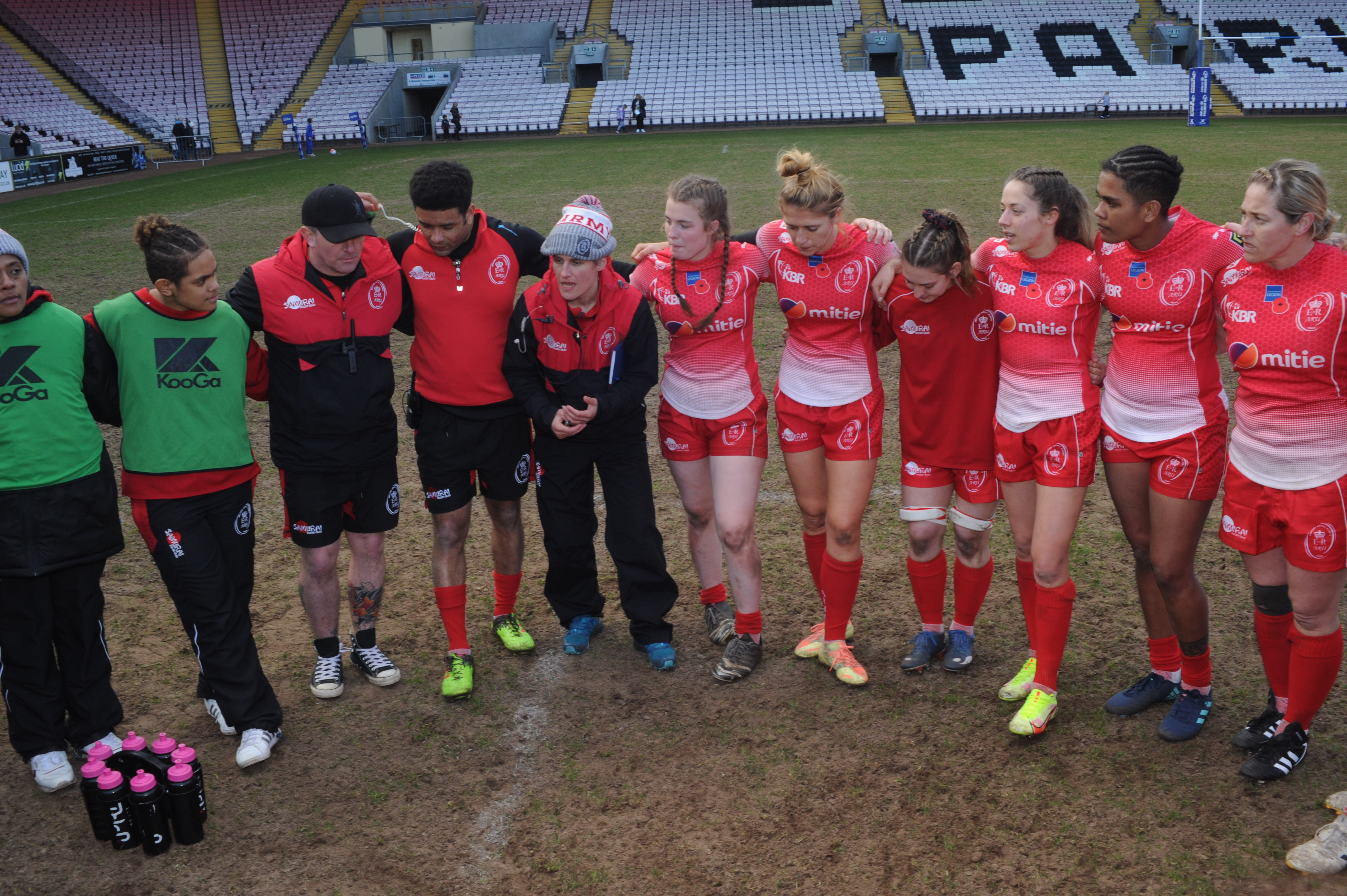 A stirring second half fightback was not enough for the Army Senior Women to take a win from their final Inter-Services Championship warm-up this weekend.

The Women headed north to face Premier 15s outfit DMP Durham Sharks, having not played a game since January, with that having been against Wasps Amateurs.

As expected, DMP represented a step up in quality of opposition, and the hosts built up a 20-0 lead by half-time.

However, after the break momentum swung the opposite way, with the Army scoring 22 unanswered points to lead 22-20, only losing the game 27-22 to a late DMP try. 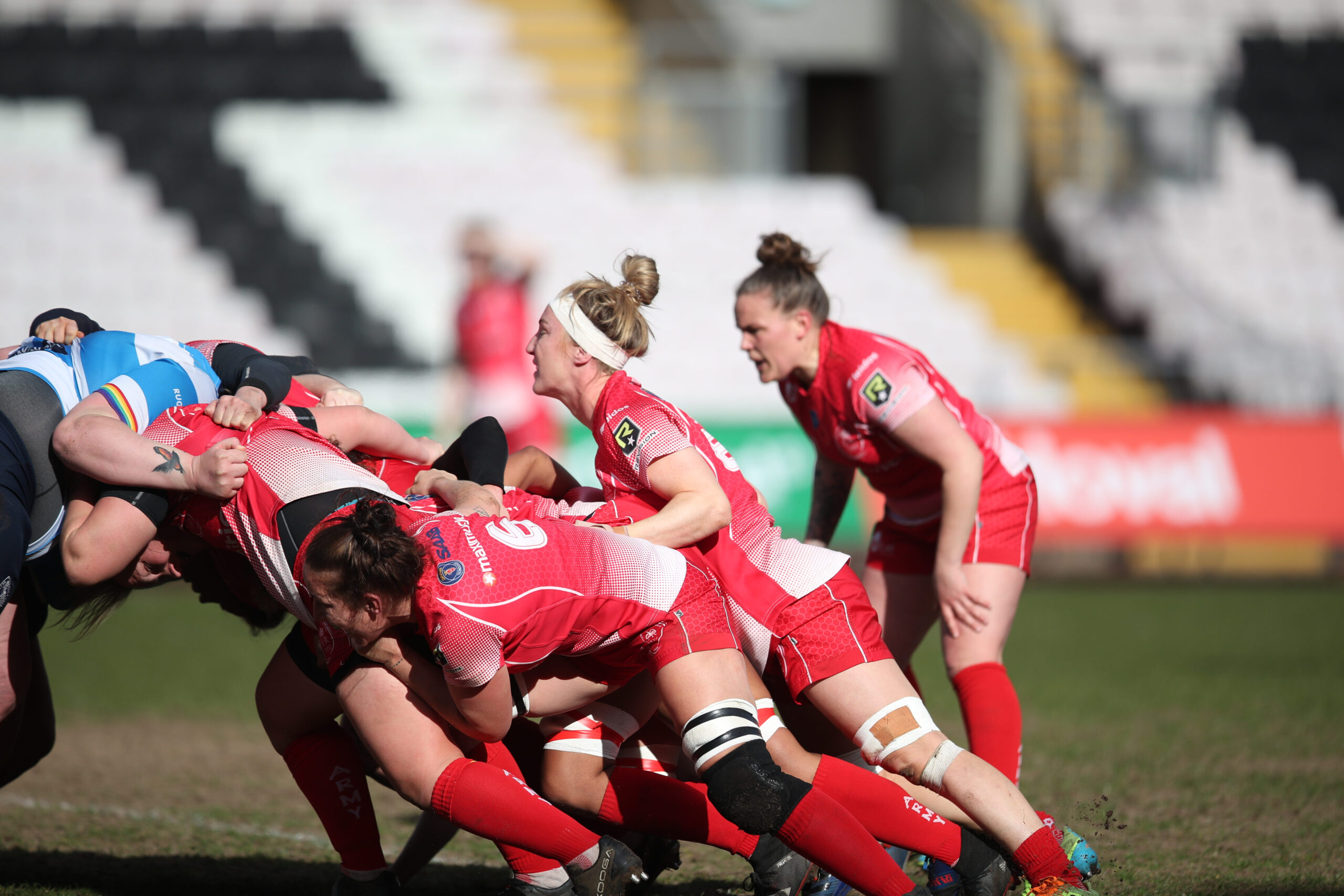 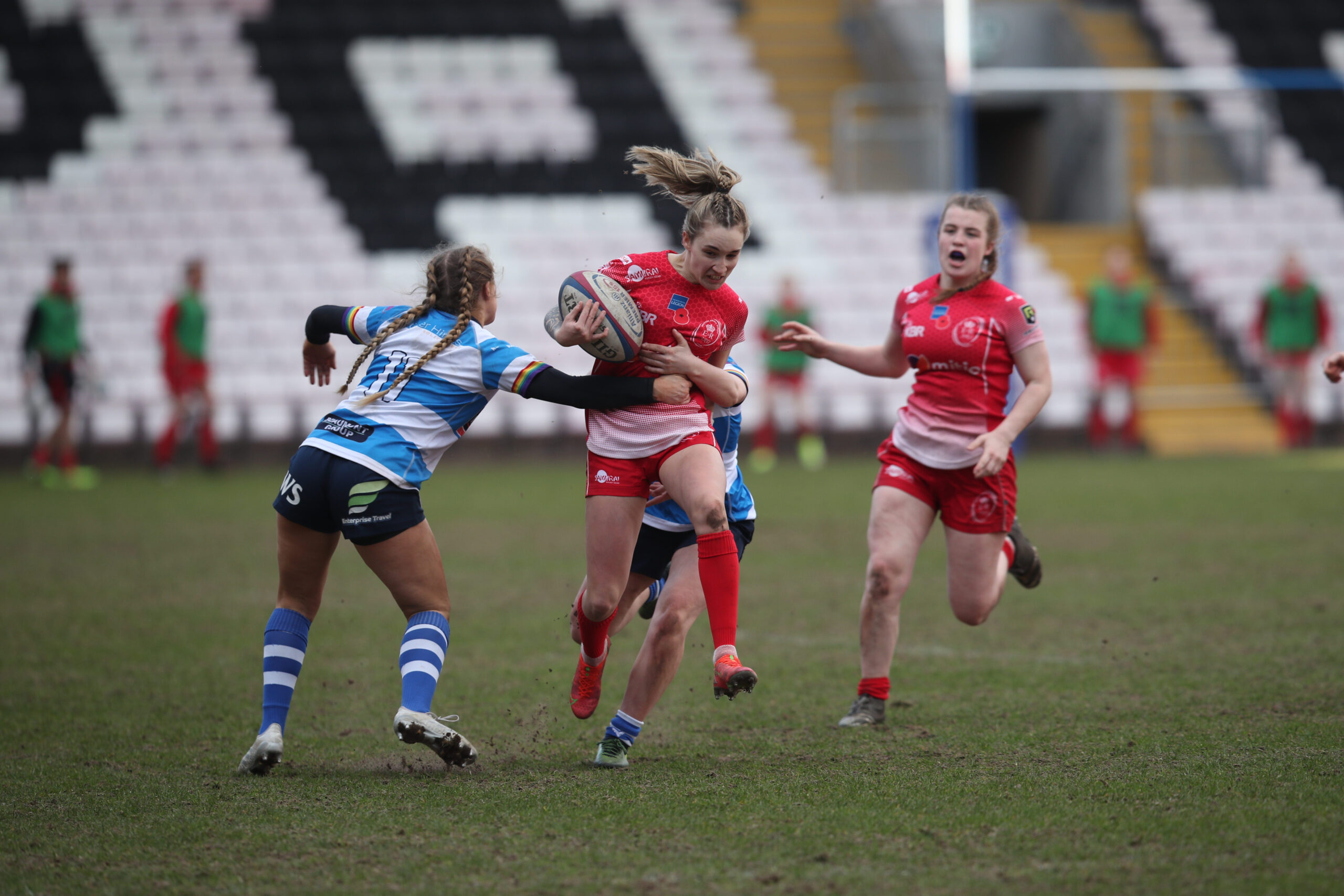 The result might not have gone the Army’s way, but Head Coach Maj Gemma Stonebridge-Smith MBE (AGC (ETS)) said that there were plenty of good things to take away from the 80 minutes, especially with the opening Inter-Services Championship match just a fortnight away.

“We got exactly what we needed from the fixture to finalise our preparations for the Inter-Services,” she commented. “It was a good physical game played at tempo to test some of our assumptions at pace under pressure. We were happy for the most part with the performance against DMP, particularly the 2nd half where I think we showed what we can do against a quality opposition even with making a number of changes throughout the game.

“We will be coming into our final training before the RAF match with confidence, but still with a few bits to tweak.”

The Army Masters also had their final run-out before taking on the RAF on March 26th, losing 10-38 at Horsham RFC, and there was an outing in a Wales shirt for Capt Gemma Rowland (RA), who came off the bench in a non-cap international against USA Falcons in Llanelli.

Wales led 15-12 at half-time, but the changes they rang in the second half were not enough to stop the USA team outscore the host three tries to one to run out 31-23 winners.

“It was a very worthwhile exercise for us against a very good USA team,” said Wales Head Coach, Ioan Cunningham. “It was good to give game time to so many players two weeks out from the Women’s Six Nations and see some combinations before we make our final selection.”