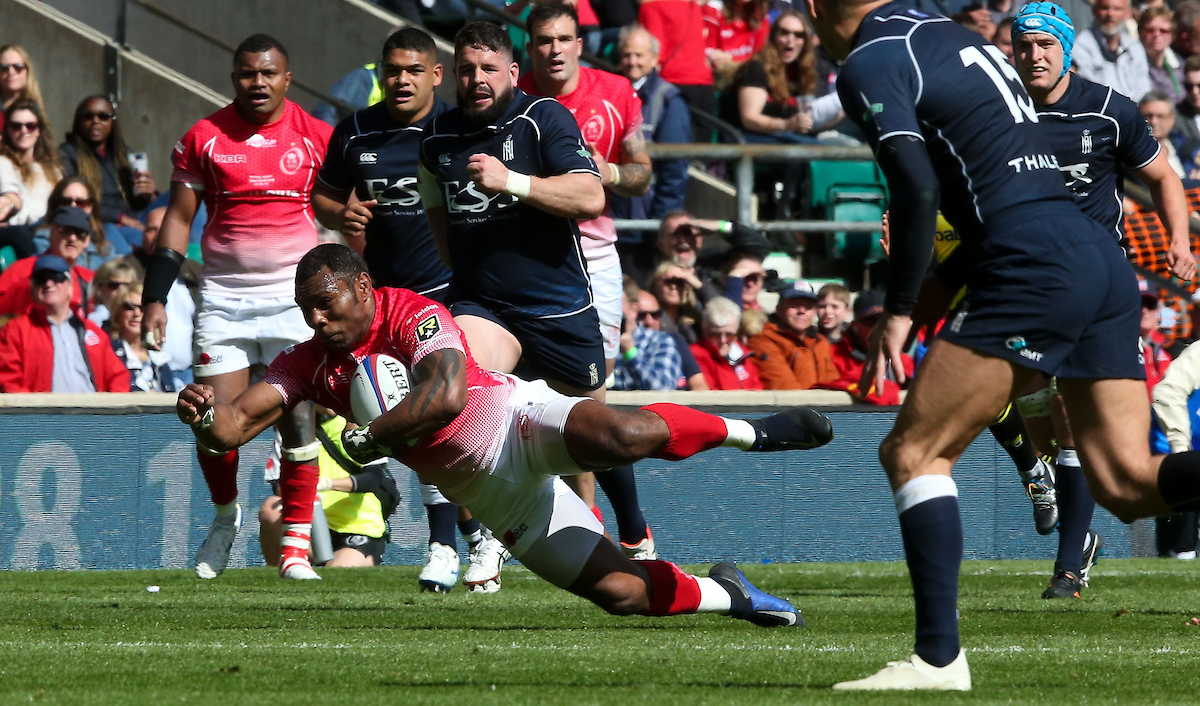 Weekend Round-up – Rocco gets his first of the season

By Kimberley FowkeDecember 7, 2020No Comments

LCpl Semesa Rokoduguni (Scots DG) marked his first start of the Premiership season with his first try of the campaign on Saturday afternoon, helping Bath to a comprehensive win over Worcester Warriors.

Bath had started 2020/21 with a hangover from their semi-final exit earlier in the autumn, losing their opening two matches. But they blew away those blues with a dominant performance at Sixways, running in five tries to head home with a 33-17 victory.

The damage was done in the first half, Bath scoring three tries to none, and it was only until LCpl Rokoduguni had gone over for Bath’s fifth score that Worcester finally got into gear, but it was too little, too late.

Bath’s attention now switches to the European Rugby Champions Cup and a home tie with the Scarlets next weekend.

There were more wins for some of our Army Senior Women as well.

Capt Alexandra Eddie (QARANC) was part of the Harlequins squad which consolidated their top spot with a seventh consecutive bonus point win of the season.

Quins suffered a scare early in the second half in their home clash with Bristol, thanks to a pair of tries inside three minutes which pulled the Bears back to within four points.

But from then on the hosts turned on the power and style to pull clear and go back into the sheds with a 61-17 result under their belts.

Harlequins now have clear water between themselves and Saracens, thanks to the latter team’s weekend off due to Covid-19 infections, and next week’s scheduled clash between the two has been put back until early January.

Hot on their heels are Wasps, who overtook Loughborough to move up to third thanks to a home 21-10 win over the Lightning.

However Wasps – who had SSgt Sarah Mitchelson (RLC) and Capt Gemma Rowland (Royal Artillery) among their replacements – had to come back from a three-point deficit at half-time to secure the points.

What would have been even more pleasing for Wasps was how they nilled their top four rivals in the second half, ahead of their trip to Sale Sharks next weekend.

The most dramatic end to a game from an Army perspective came at Scotstoun, where Cpl Lewis Bean (Rifles) started for Glasgow Warriors in their rescheduled Pro14 home match against the Dragons.

The Welsh outfit pulled away to a 10-nil lead in the opening salvos, only for the Warriors to fight back and lead 14-10 at the break.

Four minutes after the restart the Dragons crossed for a try and a lead they would not relinquish, adding a penalty and drop goal to one Glasgow three-pointer to go into the final stages 23-17 up.

But with the clock well past the 80-minute mark the Warriors put together some 20 phases in the Dragons 22 and eventually go over for a try. The score now 22-23 the conversion would have snatched the points.

Instead the ball rebounded back from the upright and Cpl Bean and his teammates saw ecstasy become agony.

Cpl Bean has returned to his club Northampton Saints for the upcoming Championship Cup window, he will link back up with the Warriors later this month on another short term loan for the club’s Pro14 matches against Edinburgh and Benetton.